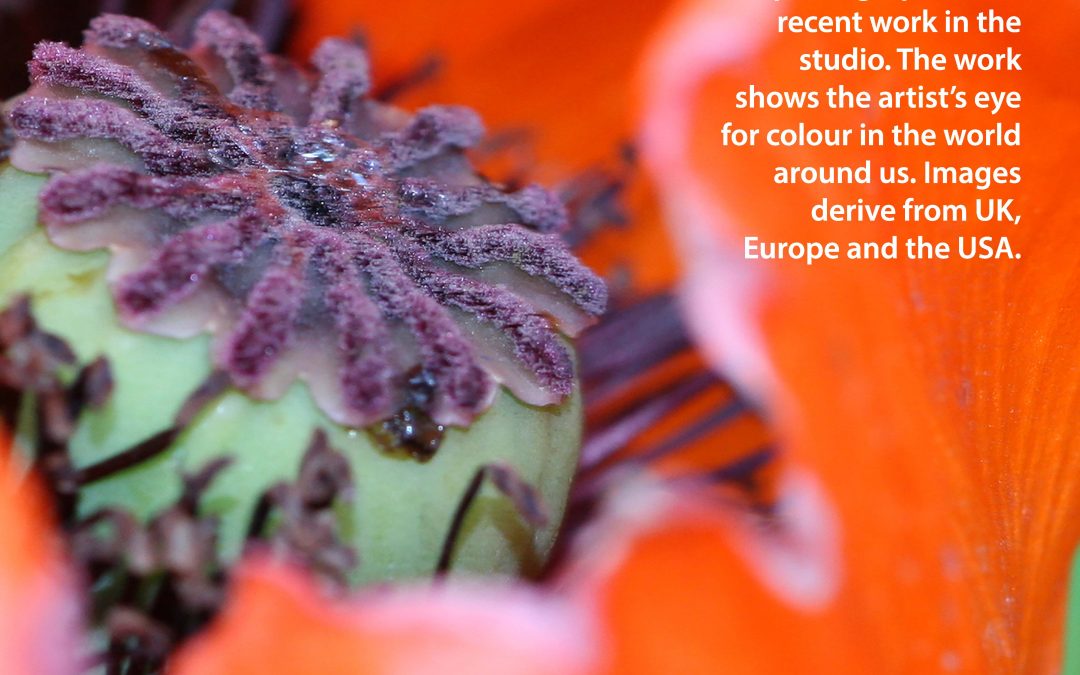 My latest exhibition is in Lewes (see poster) 1st November until 12th December. Get in touch if you would like me to meet you there to discuss the work. Work will be for sale, make a lovely eternal Christmas gift. The Private View is on the 12th November, 4 – 6 pm 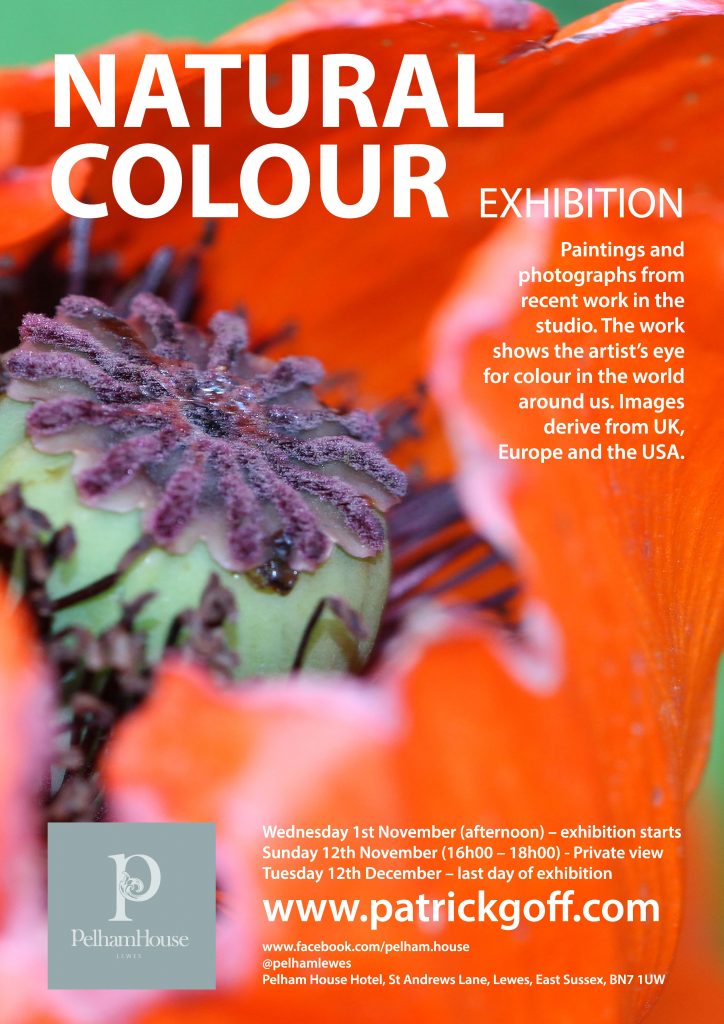 I am also giving two talks at the Towner Gallery in Eastbourne. First for the Blue Monkey artists’ group on Wednesday 22nd November 2017. The second on the Caulfield prints I gifted to the Gallery will be on the Thursday 26 April 2018. Book these through the Towner, Eastbourne 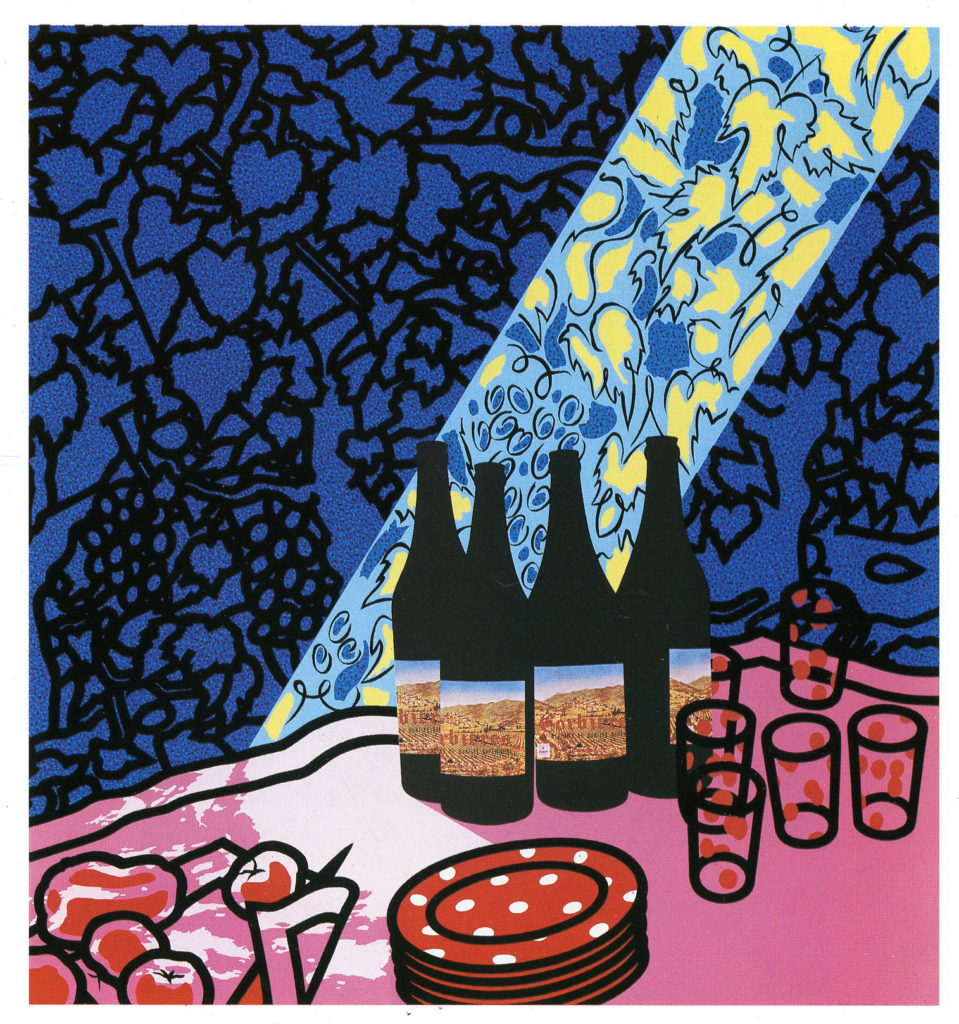 Bought for £40, this print was my major artist acquisition in 1978. It spoke to me of camping trips though the French vineyards, of summer sun and pleasure.Originally produced by Waddington Graphics in an edition of 100, there were 15 proofs, some obviously retained by the printer, Chris Prater of Kelpra, and thence to me. Chris and his wife Rose are credited with being the pairing that put silkscreen on a professional artistic footing for the first time. I worked for a year as a commercial printer, alongside other jobs, and to me having a Prater printers proof was more meaningful that just a print from the edition.