A Hole in my Bucket 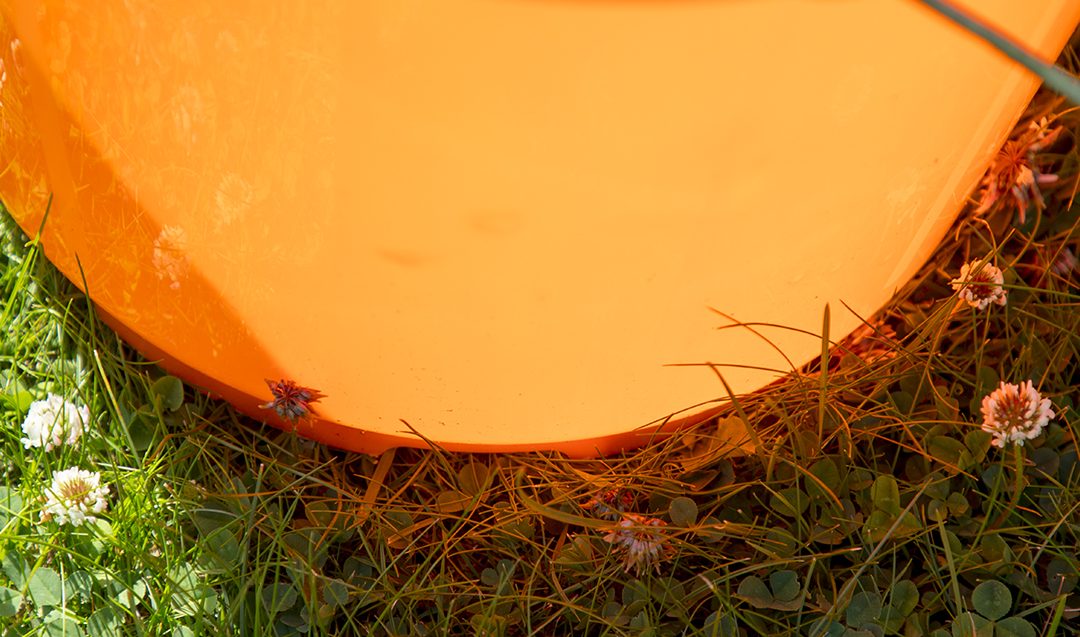 Is it still sung in junior schools? The song still echoes in my mind as I contemplate the request to write a Review of my new plastic bucket. Oh yes , the web ‘feedback loops’ for customer metrics even extends to requesting feedback on the purchase of a bucket.. Buckets plural, as since they were only a pound each we bought two of them. The bucket that was the subject of my ‘Four Seasons’ images sprang a leak, there was a hole in my bucket… 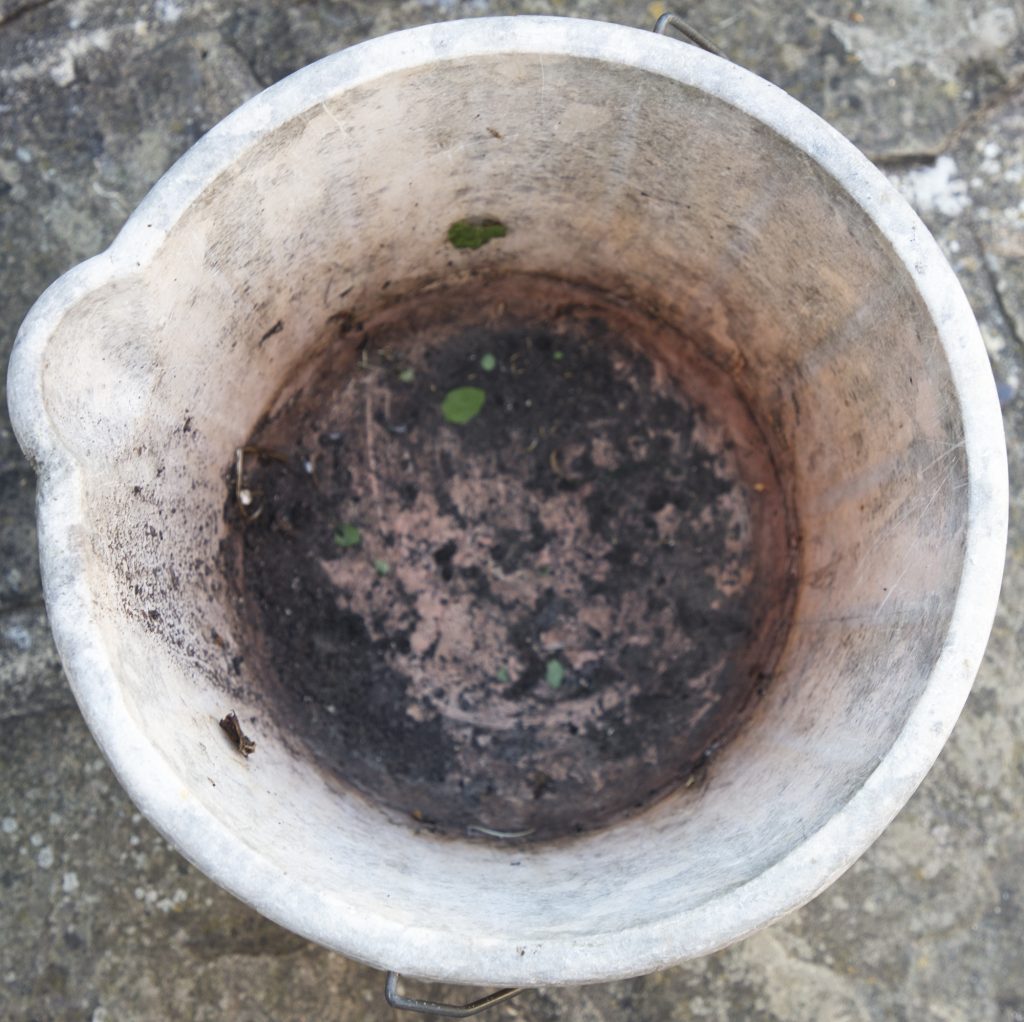 The colour is a visual shock. Truly a cadmium orange deep, its newness emphasising its brightness, unsullied by soil or weeds. That won’t last of course but meantime it is a truly sharp accent in the garden. Put it down on a green lawn and wow! The sun shining through the semi-transparent plastic enhances the colour contrast, the light shading the clover and daisies with an orange glow. The material may not decompose (after all who wants a bucket decaying as it carries something needed elsewhere?) but it can probably be reprocessed into something else, but meantime it delights.

Its colour makes it easy to locate in the garden. Its faded predecessor having had moments of visual elusiveness. The new ones will be easier to locate by eye. Stridently so. Except after dark of course. When skies are overcast the buckets will achieve near invisibility. But in bright sunlight they glow.

Is the bucket a design icon? If not why not? It is functional, and exemplar of good functional design. After all there is nothing to it is there? It is just a pressing surrounding a hole, the hole having a bottom. A container into which you can place whatever you need. Its design has been finessed over the centuries but never improved on. This one is measured as 12 litres. Unlike when ten-foot-long finished timbers became known as ‘metric tens’ when resold as 3 metres on metrification years ago, so the bucket changed from a 2-gallon bucket. (Can you imagine the Lone Ranger’s white hat being measured in litres rather than called a ‘ten-gallon hat’ – the 45.65 litre hat?) 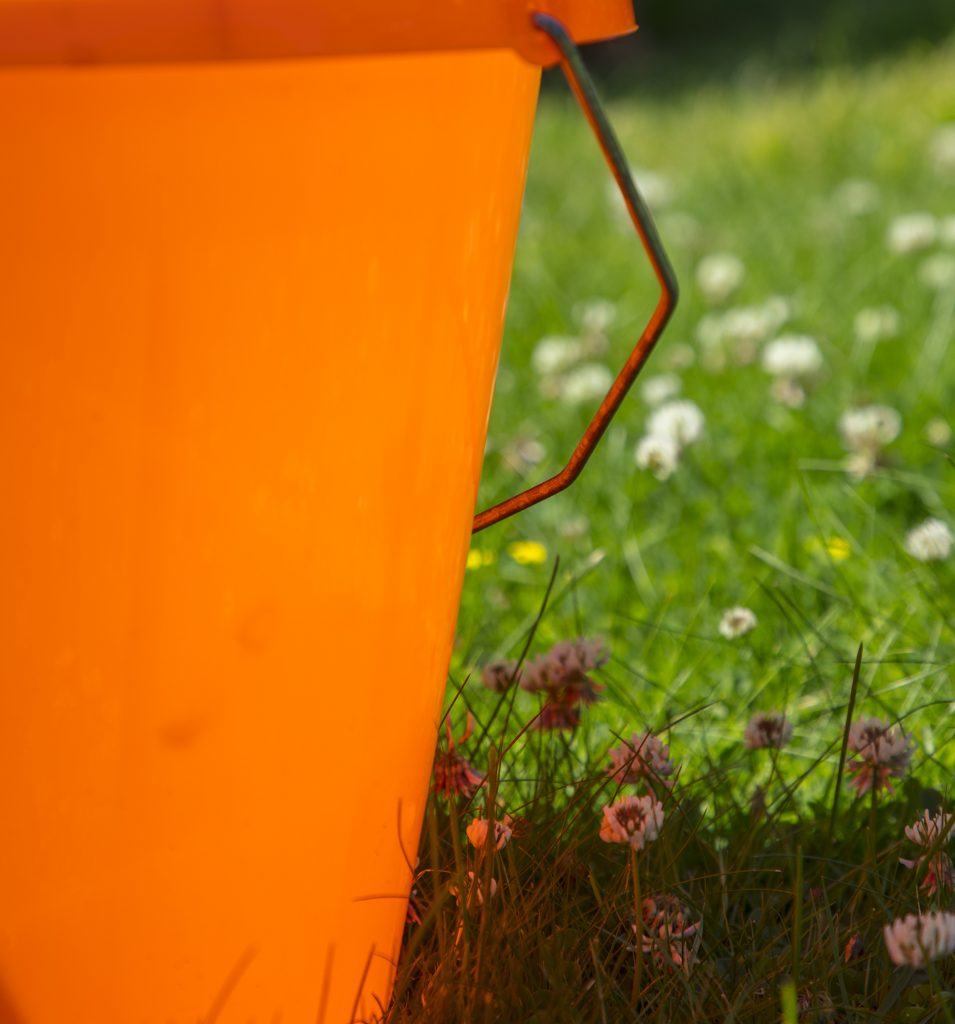 The bucket we are replacing has served us for years, standing outside through the seasons as the images in the 4 Seasons prints show. The design of the bucket makes it a remarkably versatile utilitarian object. Filled with ice and beers (or champagne if you are a socialist) then is serves a role in a garden barbecue. Filled with water it currently gets carried to nurture our newly planted tree. It sits alongside to receive weeds when gardening, to carry crops from plantings. 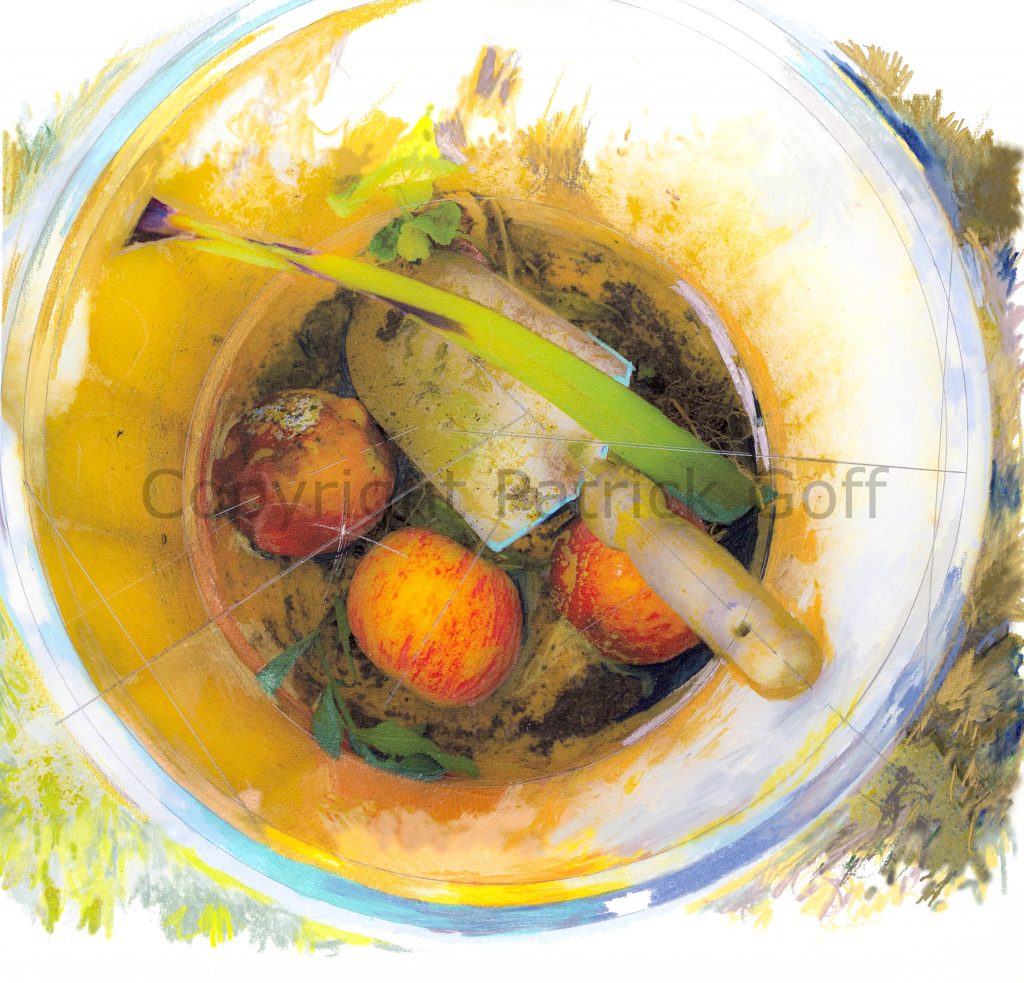 Truly it is the Landrover of garden tools and deserves a similar iconic respect as that robust farmers truck achieved – except the humble bucket, whilst as easily stolen as the Landrover, will nevertheless continue in production for many years to come.

All hail the pail. A true design icon