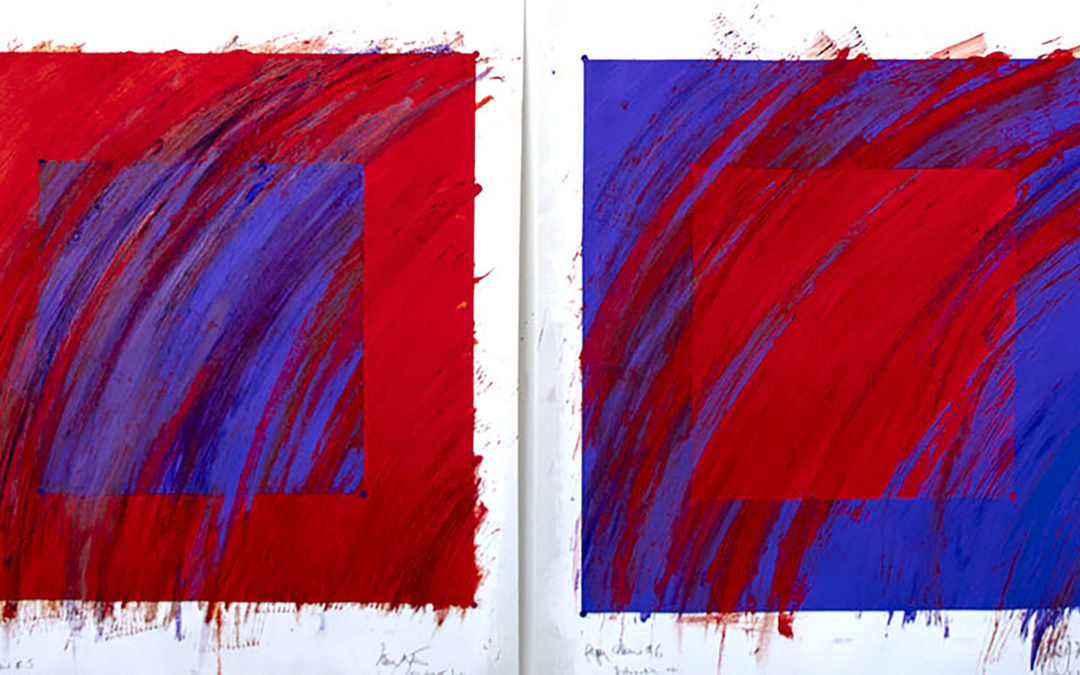 I’ve tried walking sideways,
And walking to the front,
But people just look at me,
And say it’s a publicity stunt.
(Spike Milligan 1956)

Sometimes fascinations recur. In the 1970’s I started to deconstruct the square I use in the paintings, looking at the relationship between the image and the mark. Then life intervened. A foolish move to London removed any horizon, and hemmed in by buildings I gradually stopped painting, other than sporadically. Now, feeling almost fully recovered from the tribulations of the past four years and once more daily in the studio I seem to have walked backwards into the same fascinations I had then. 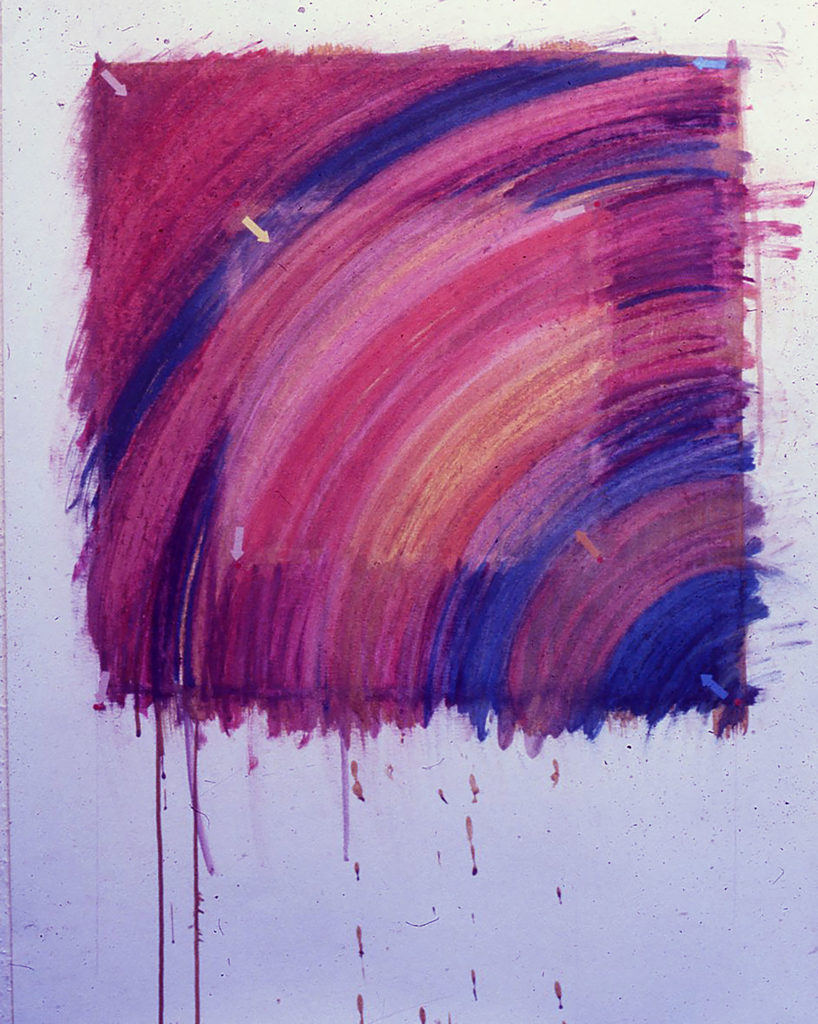 In the last paint, ‘Teasel’, the square has started to disappear. It remains underneath as one of the basic artistic tools for making images larger, dating back beyond the Renaissance. All sorts of devices have been used by artists to make images larger for canvases, from grids through camera obscura, mechanical enlargers to the camera. I have been using camera images zooming in to micro photography, producing the ‘Poppy’ series of images and related canvases. 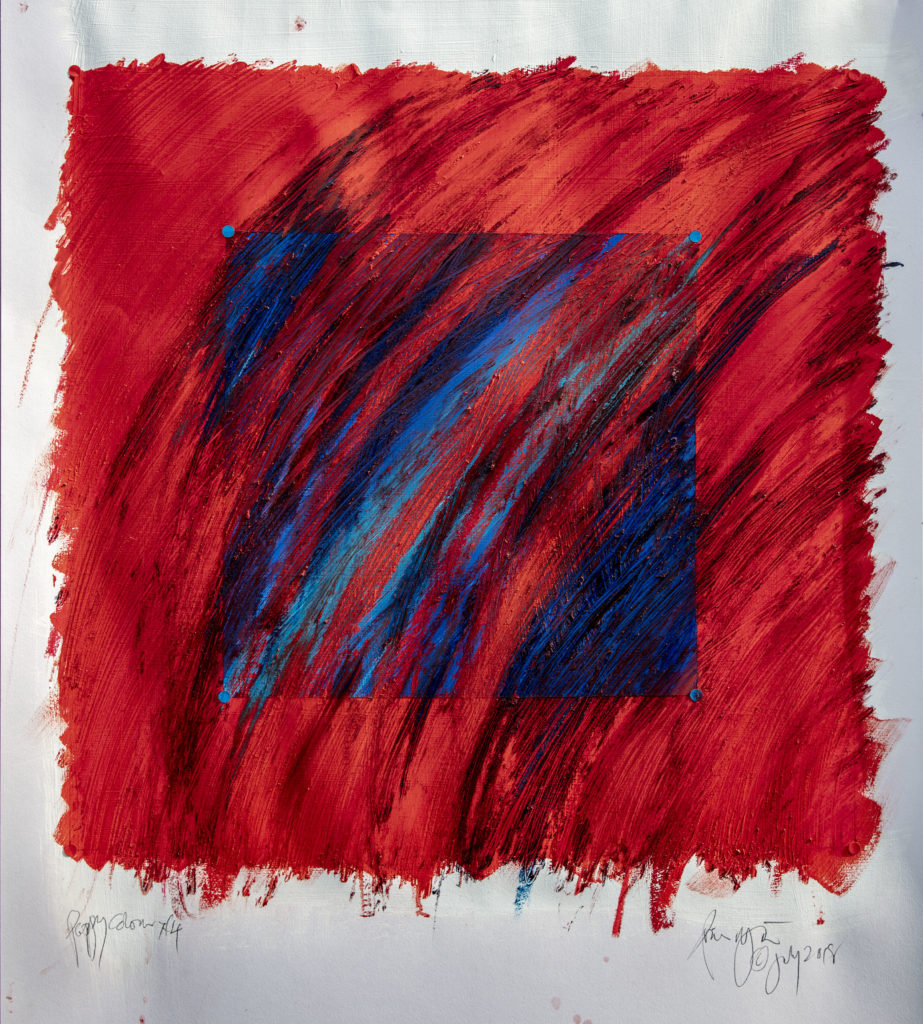 With the current series of poppy images, I am looking hard into the colour relationships and exploring how colour and mark making can work. In many ways I am following a path forged by David Whittaker and Bridget Riley amongst others but looking at the autographic nature of the mark as well as the colour relationships one can build, trying to understand the balance between my own instinctive and intuitive processing against the learned language of paint. 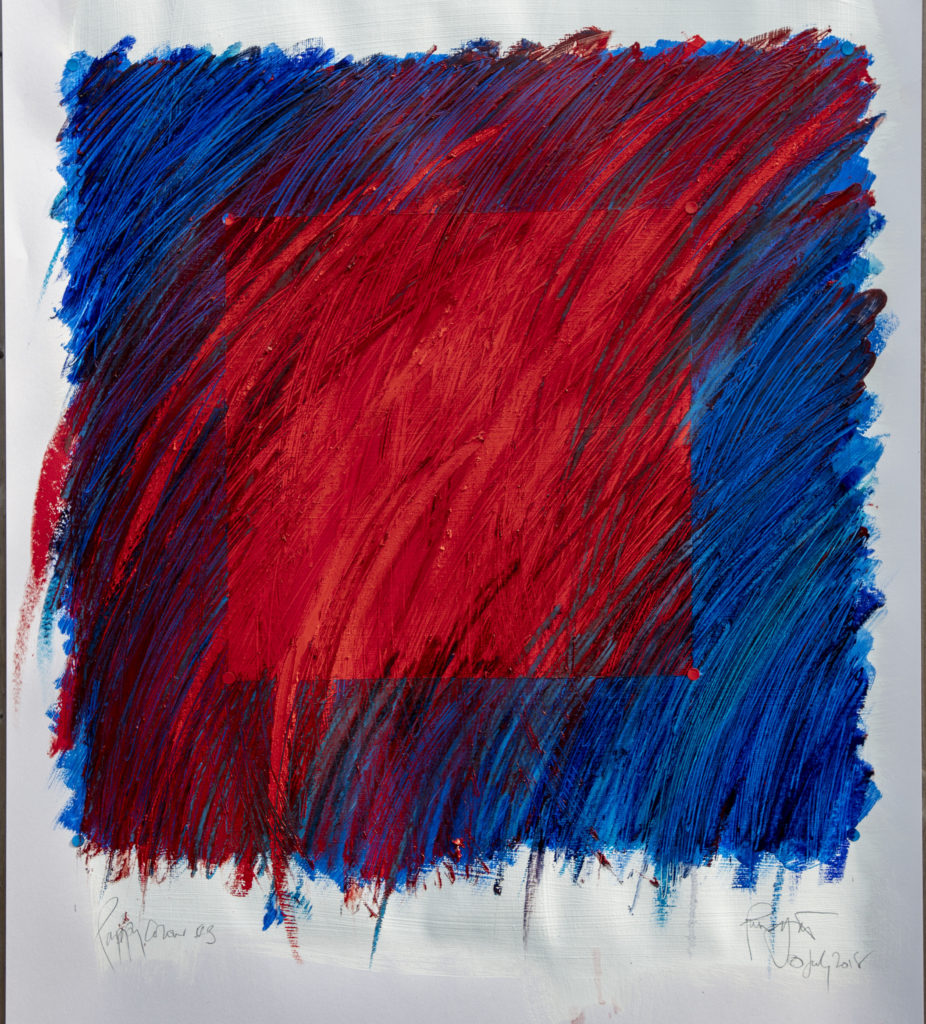 This week or so past I have been working on primed paper to produce a series of squares as a precursor to the painting that is now on the easel. There is a great deal more drawing to come as I work on breaking down the square, but drawings need to be interspersed with canvas to draw together what learning has taken place (if any). So, the canvas is on the easel and I will continue the struggle to pull things together there (you can follow daily progress on my studio Facebook page) 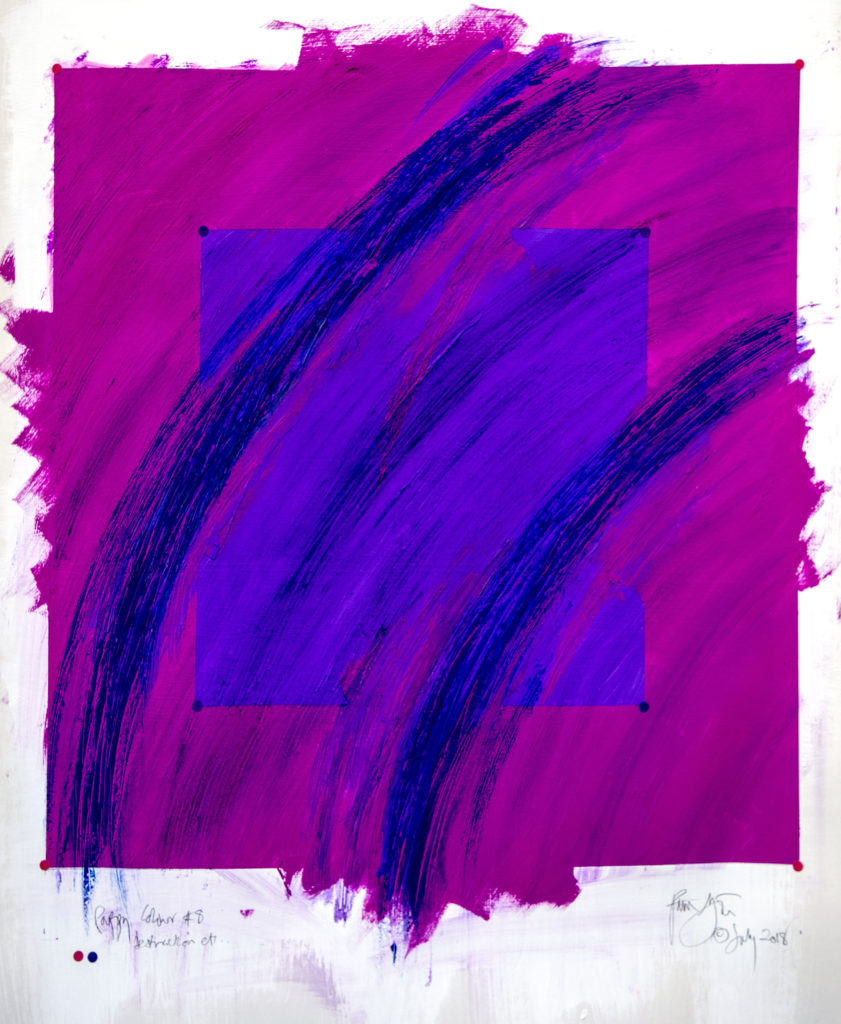 The drawings started off with normal oil pastel sticks, but when I moved on the underpainting a defined crisp square I found the nature of these sticks left me unable to put an impasto layer of colour over the ground. I had a stock of oil bars from long ago, and rediscovered these, giving strong obliterating layers of colour that I could scrub and scrape to reveal the square underneath. Physically entering the process and grappling with the marks was exhilarating, but cut short when I found that paint manufacturer, Winsor and Newton, has stopped making them.
I tried one or two alternatives, ‘paint sticks’, but haven’t found that mix of pigment density and malleability that works for me. I’m not into making my own either, life is too short. So, the next week will see me working through the painting whilst my brain works away in the subconscious to ready me for the next burst of drawings. Been here before. I’m walking backwards to the future. But then 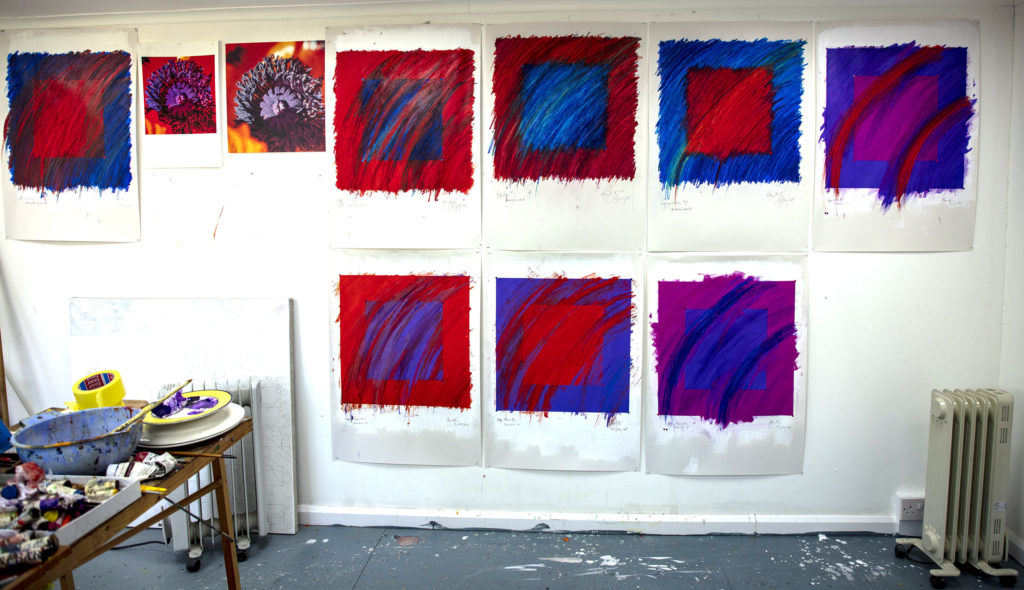 Drawings are for sale at £100 each, use the e-mailer for enquiries.