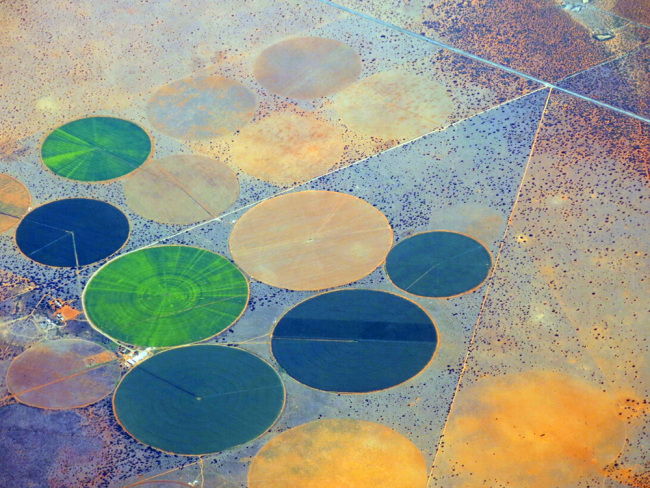 A few  years ago there was an exhibition in London’s Serpentine Gallery called ‘Art into Landscape’. From the earliest Renaissance masters through Turner and the Impressionists, to Hockney’s brilliance, the face of our globe has been a source of visual fascination, interpretation and reinterpretation for painters. Our developing technologies have added an additional dimension to how we view the globe, from images taken by satellites to the experience we gain when flying.

Gathering images from the air holds endless fascination as the recent interest in the images of Britain from the air in the 1920’s and 30’s demonstrates. I have spent too long flying to see any magic in air travel any more. The days when air travel was full of romance have gone. There is still endless fascination in looking down onto our world though, and I have long been interested in the circular patterns of irrigation I see flying across South Africa. 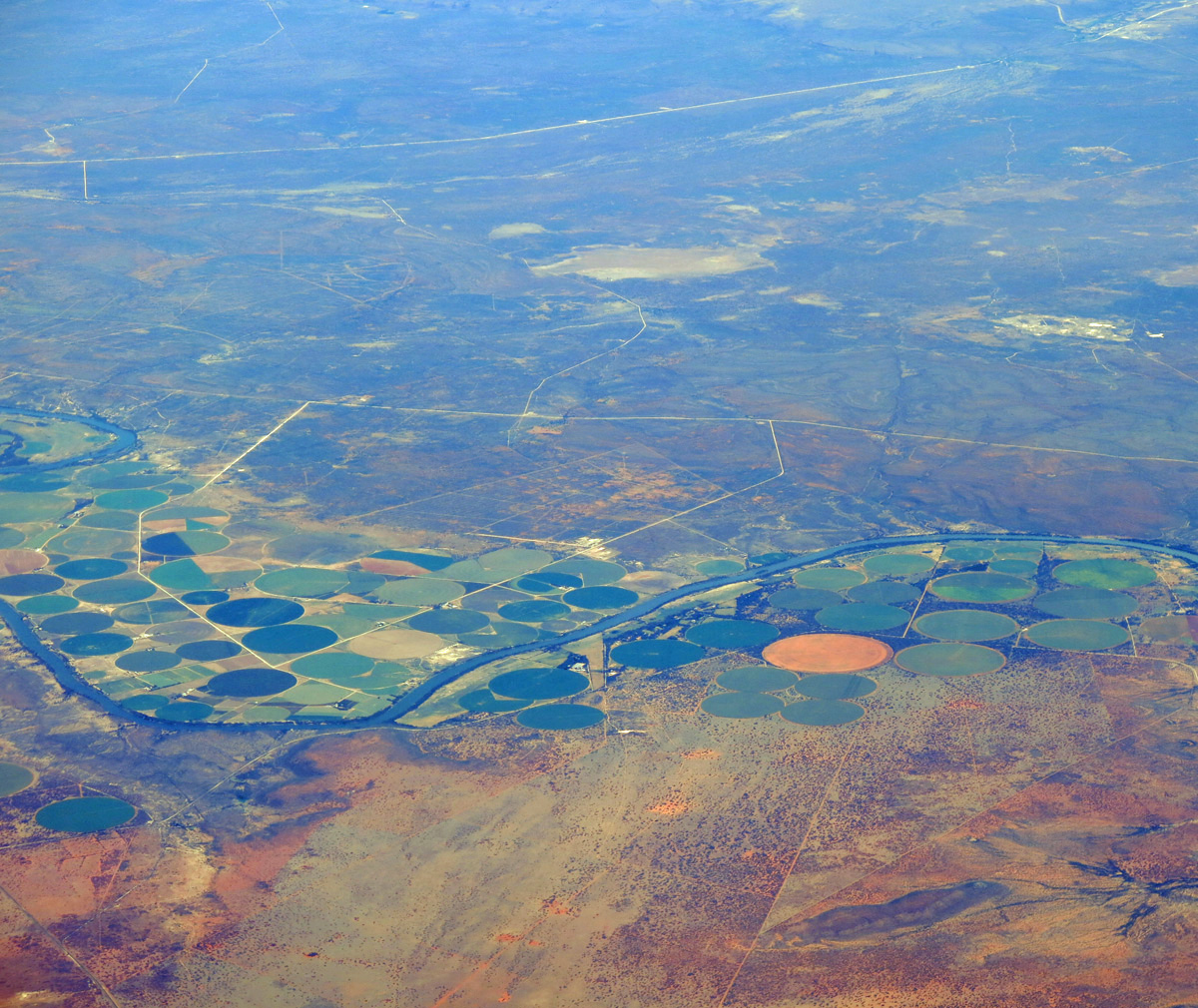 Early painter/pioneers of using this kind of imagery include Ben Nicholson, and it was an early introduction to his work when a student that first turned me on to images of the English landscape. His images using the patterns of the plough developed into his abstract works of later years that didn’t hold the same fascination to me as his early vision of reality. 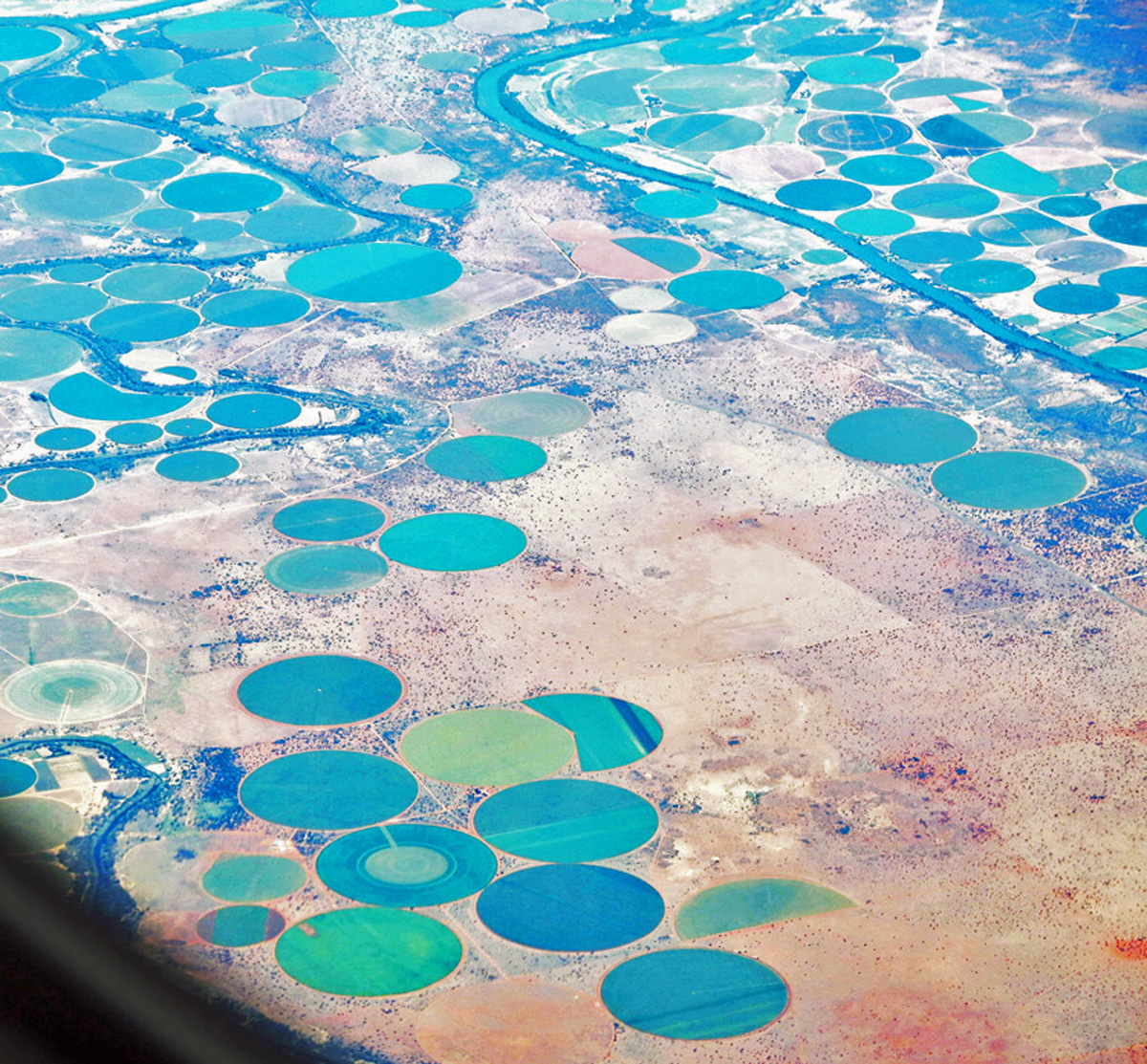 Flying over South Africa last week gave me the opportunity to capture images that are painterly themselves. Colour in the images is altered by the refraction of the atmosphere, the height of about 36,000 feet from which they were taken and the glass and plastic combination through which they were photographed. I don’t have access to Photoshop so my ability to change what the camera saw has been limited, but the images here show how painterly the earth can look without much by the way of human intervention. 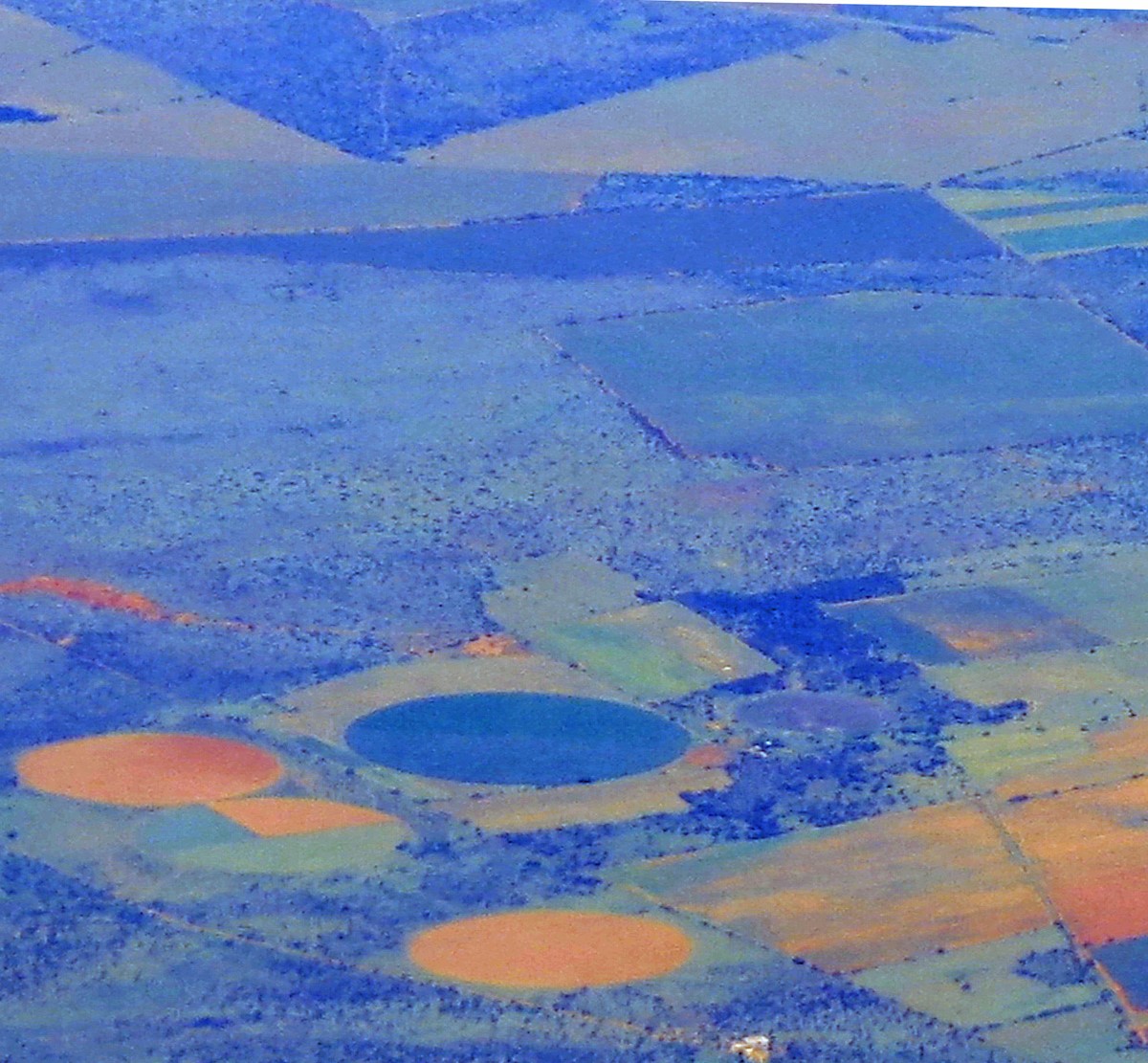 Mysterious, romantic, with echoes of painters like Heron, Hoyland and other colourists of the 1970’s these images would stand well in a gallery. 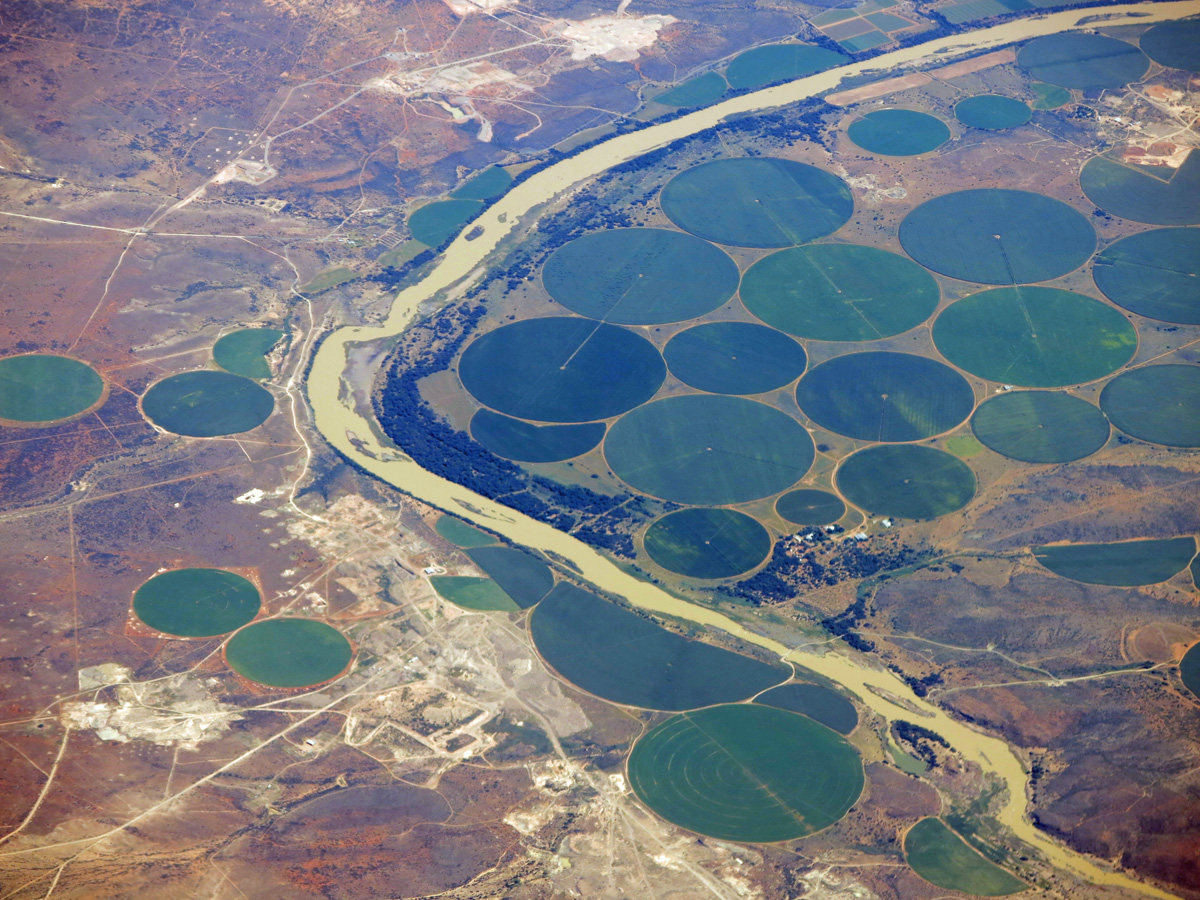 Fascinating, I hope you will agree