Its ironic that having put in new lighting into the studio I have only been able to spend one afternoon in there. I went on a road trip to look at hotels for www.hoteldesigns.net  which helps to pay the bills for all the renovation and new lighting. Unfortunately I displayed some symptoms which the docs though might be cancer before I started out, but went anyway. On my return I was delighted the tests showed they were wrong (as it turned out purely a temporary relief), but my leap of delight turned into agony when I twisted my back. So I was lying around trying sporadicly to work whilst under the influence of strong painkillers and anti-inflammatories, a situation that I’m told could last another month! 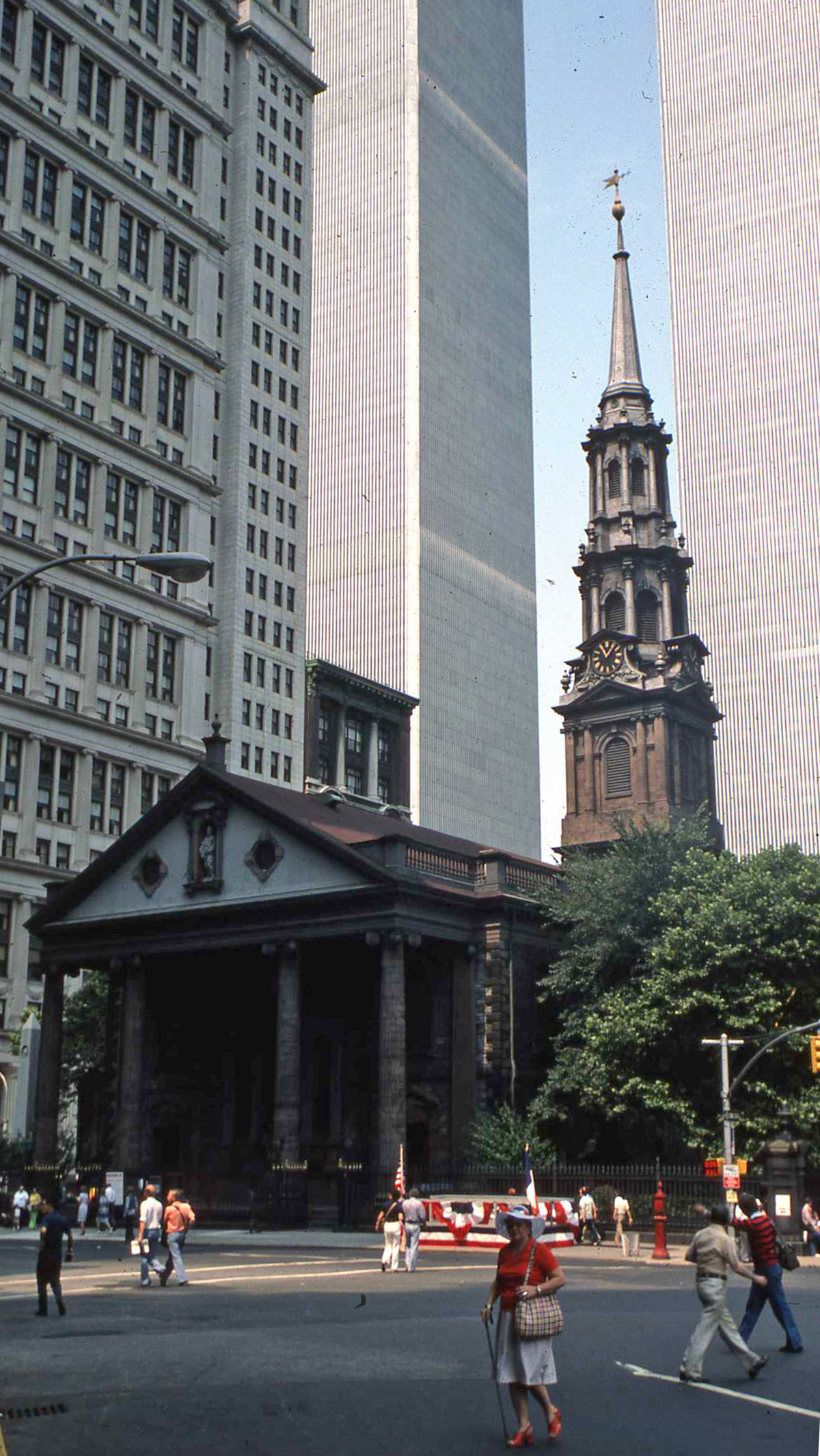 The slides are nearly 40 years old , all scanned and as originally photographed in 1976

I took the opportunity to start sorting through my enormous library of old photographs, many of them reflecting travels when I was teaching art college. In 1976 I took advantage of Laker Skytrain to fly to the USA to see the celebrations of the bicentenary of their independence. New York was the destination and for three weeks I walked the city with a camera photographing anything that caught my eye, predominantly architecture and sculpture. Of course I went to all the galleries too, even took slides of my paintings with me, although without succeeding a getting show (“London first”, they said). 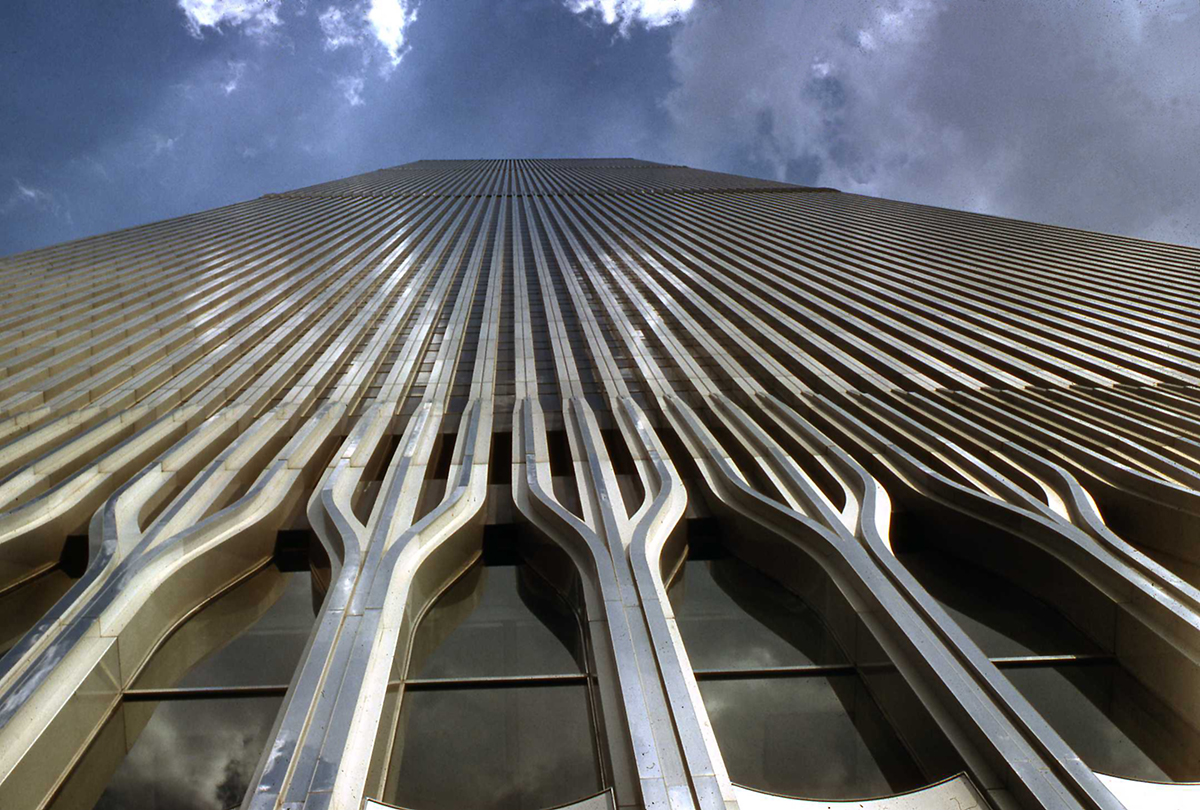 One of the twin towers

One of the new buildings that drew me like a magnet was the World Trade Centre. I took some photographs of the interior as well as the outside. It dominated the city skyline, and stood almost right on the waterfront, adjacent to an area being reclaimed from the river. It was a glorious piece of architecture, from the top of which(it was said) you could see nearly 200 miles on a clear day. As architecture it was peerless, much more interesting than many more modern buildings, certainly better than some of the preposterous offerings we are inflicted with some 40 years later. 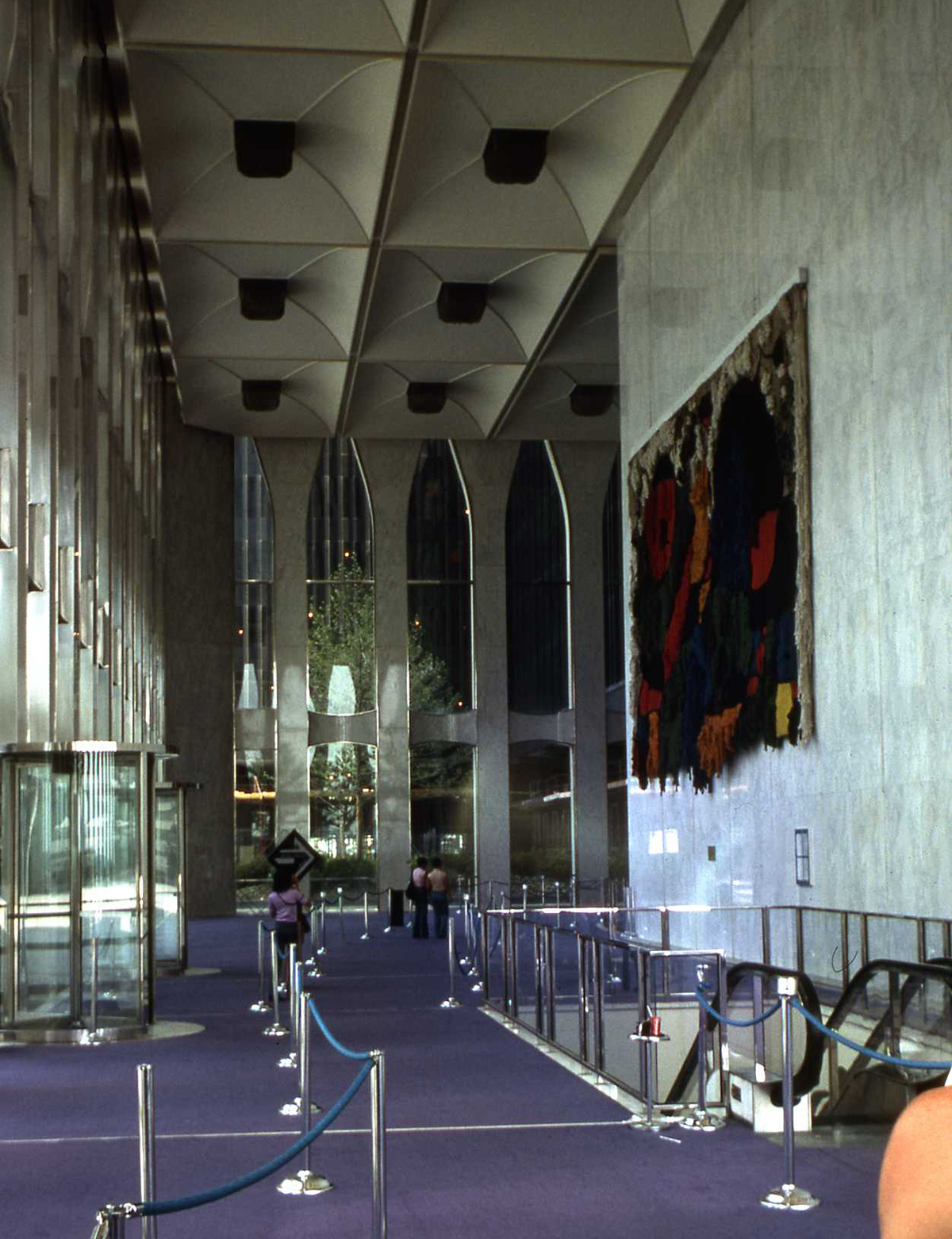 I offer these images not just to be enjoyed as a great piece of architecture, or as a testament to the vandalism of the heathens that destroyed them, but also as a memorial to those who died in them.  As well as the people, remember the buildings too, a testament to American creativity

All images are ©Copyright Patrick Goff 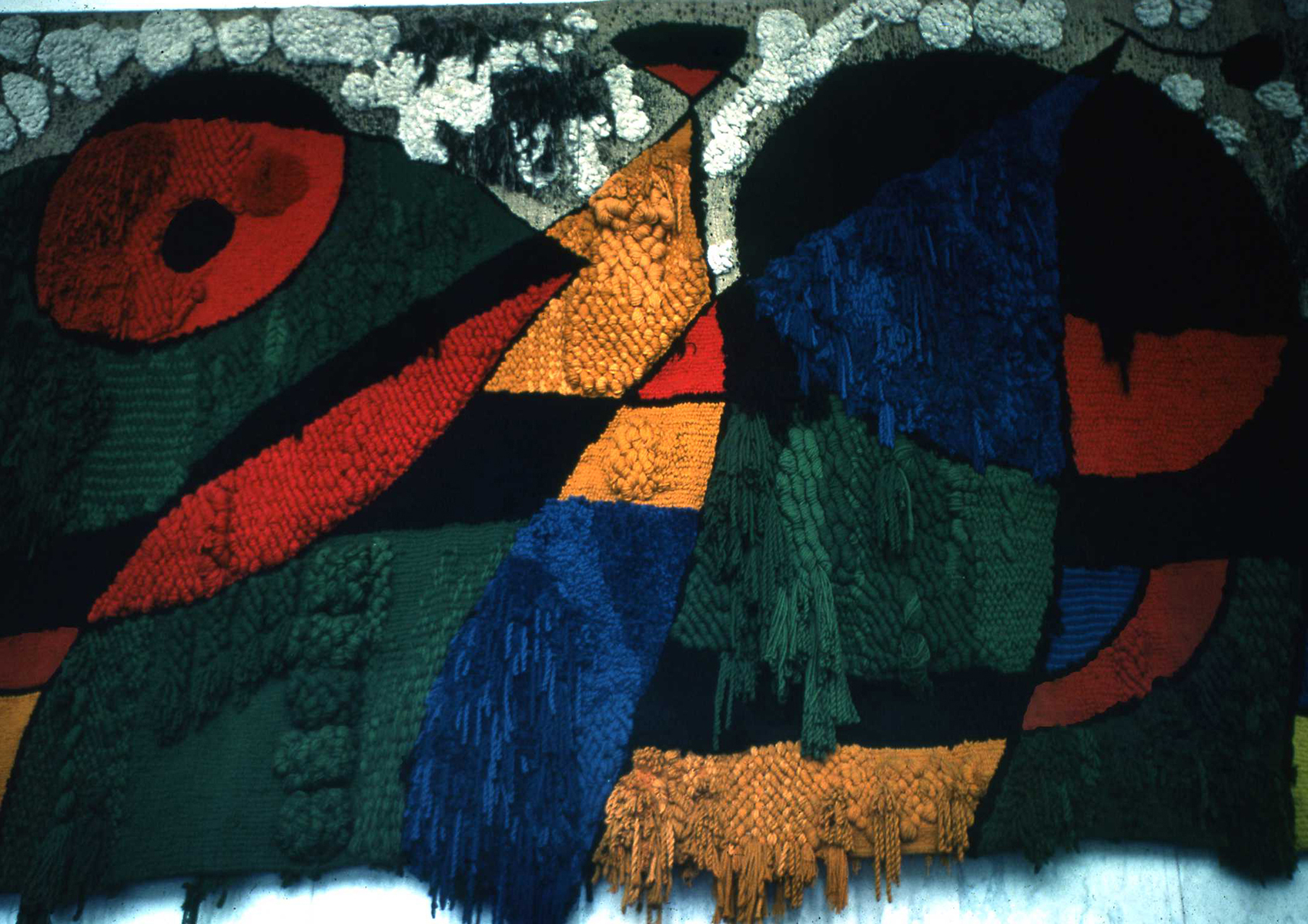