France is failing in Laon 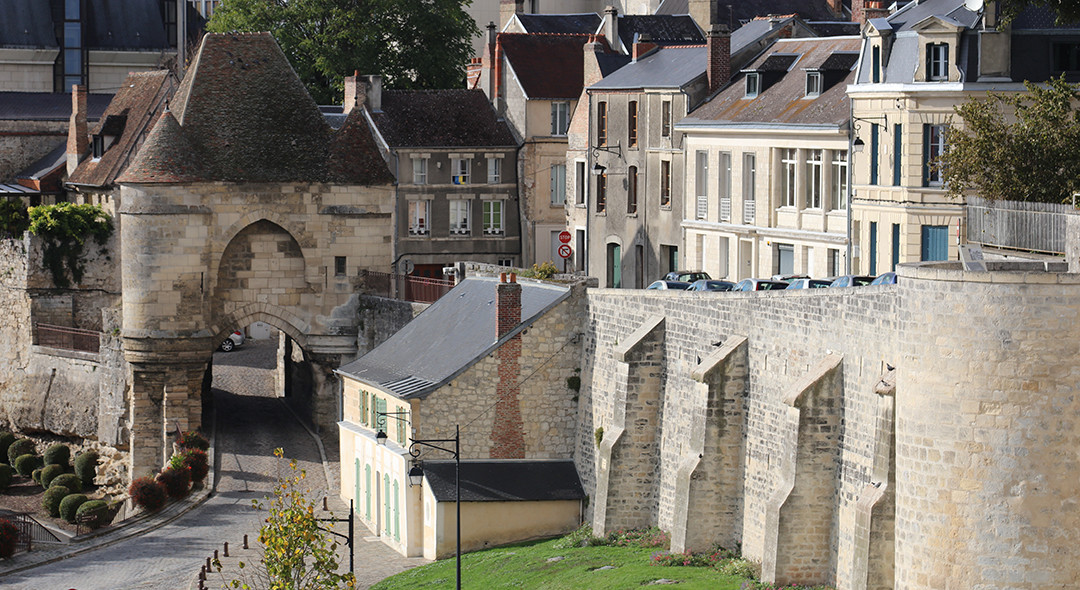 Grey narrow streets carry the dust of ages. Pale blue skies and sunshine throw shade echoing the dark shadows that are the past of this ancient town. Ghosts walk the street – kings and bishops past are referenced at every turn by buildings that date back to the 12th and 13th century. Even our hotel dates from 1685, and seems to have resisted determinedly most efforts to bring it into the 21st century. 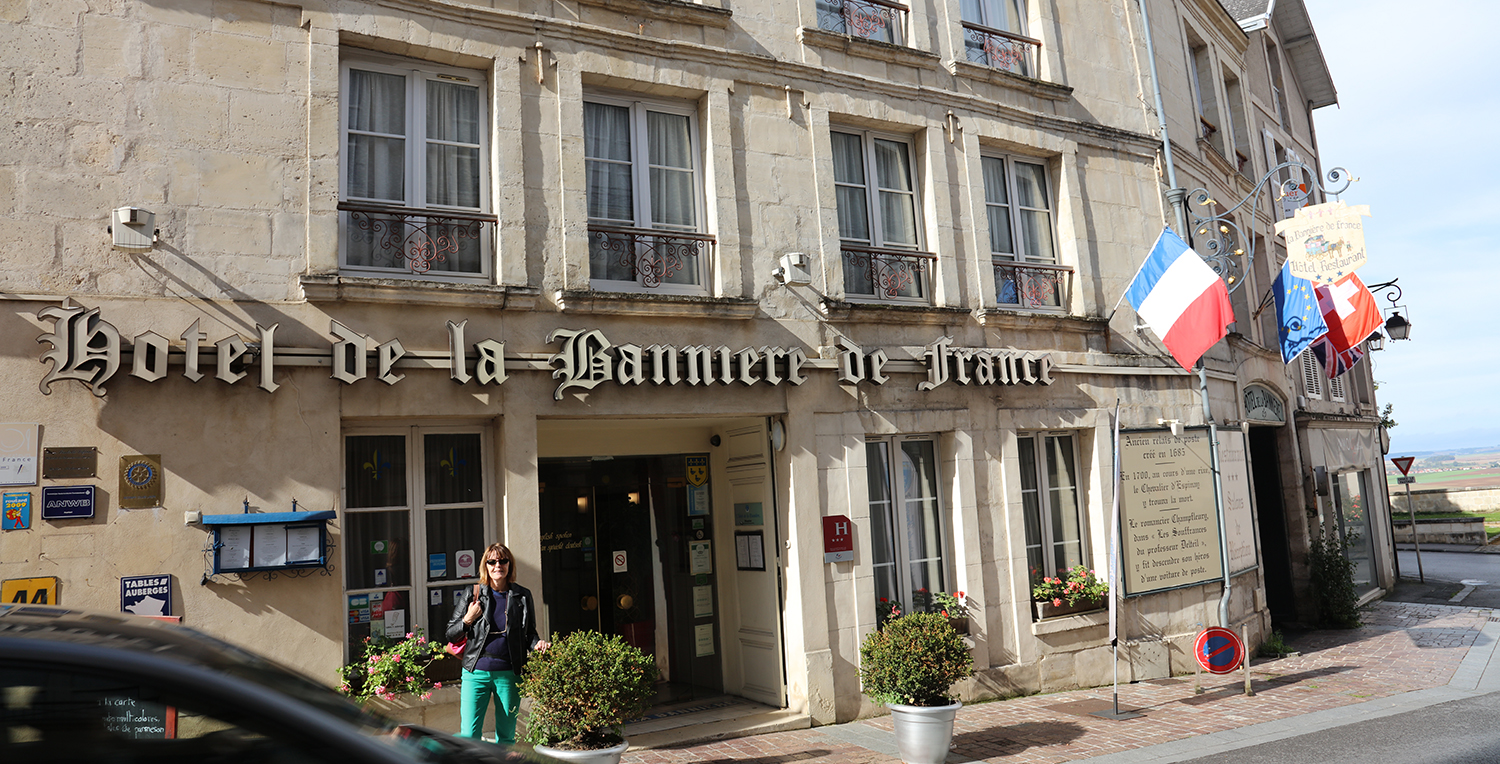 The only hotel in the old town (there is an Ibis down the hill), the 3 star La Banniere is in need of major investment. It compares badly with the George Inn, Rye which is of comparable age

The narrow roads of the upper town are cobbled and rattle the cars that still run over them, barely leaving room for the pedestrians. Most walkers are rubbernecking tourists as the main activities in the town seem to be tourism and administration – the social services, law courts and local authority offices themselves housed in 12th and 13th century buildings. The shades of the past include the ghosts of revolutionaries and despots, German invaders and French soldiers slaughtered on the nearby Chemins des Dames battlefields, named after the riding paths of a French king’s daughters. The cathedral succeeds in surviving despite being burned down in one revolt, partly blown up in a 19th century war and being neglected by a secular state since. 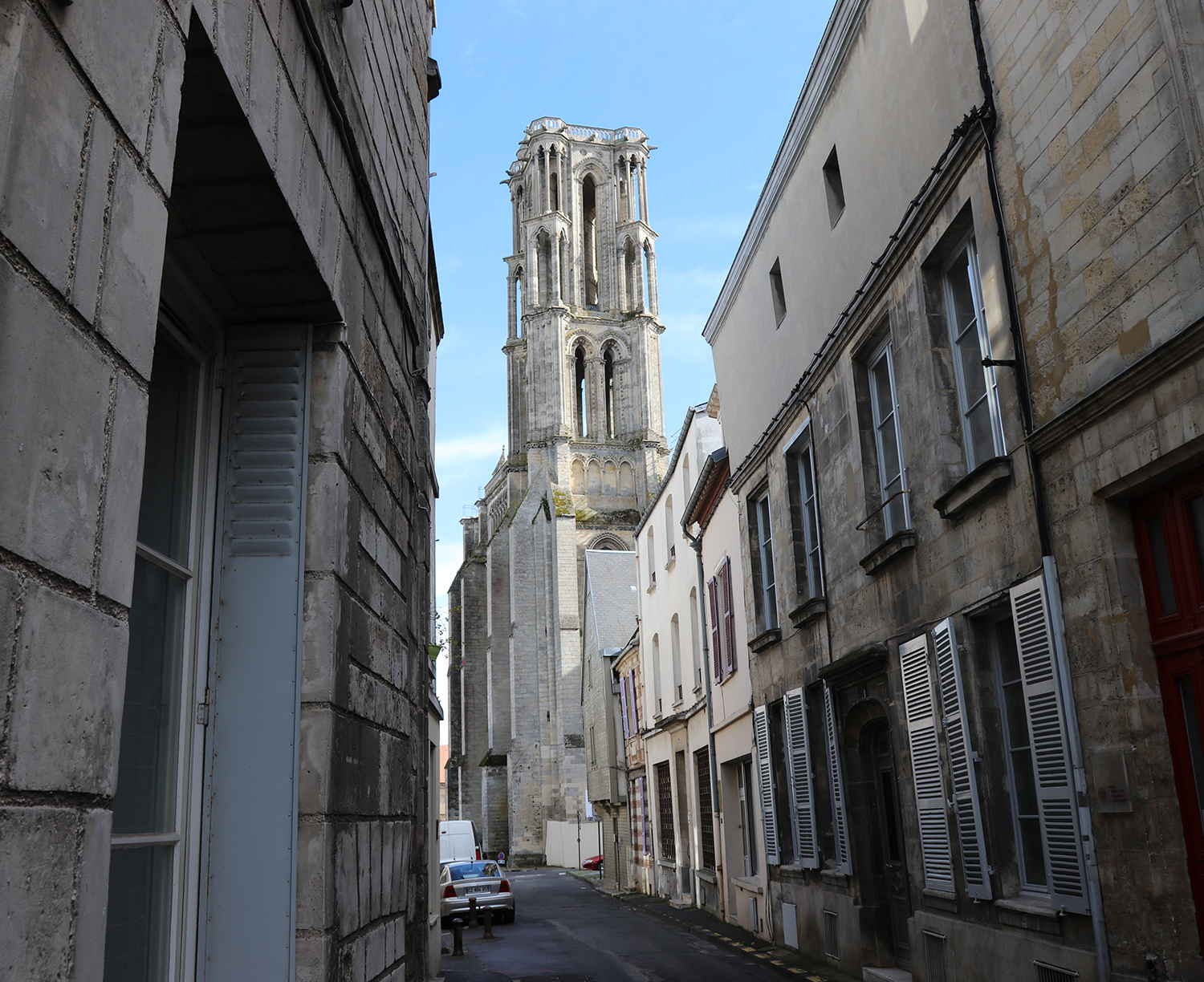 The cathedral and its 12th century precincts are the heart of this ancient town, a city within a city

The history draws tourists, but not enough to enrich this walled town. Poverty speaks from the decaying houses. The 12th century Cathedral has none of the glitz and glory of other buildings of its age, instead being graffiti covered inside and with an air of decay and neglect. The town too shows that decay. The town museum was empty of people, a bell under the carpet in the entrance summoning an attendant to take our money. Despite the Templar temple in the grounds the museum contributed nothing to an understanding of the town, nor did the tourist centre have any English guide available despite the hotel saying how valued its English guests were, and the memorial to British war dead in the cathedral. 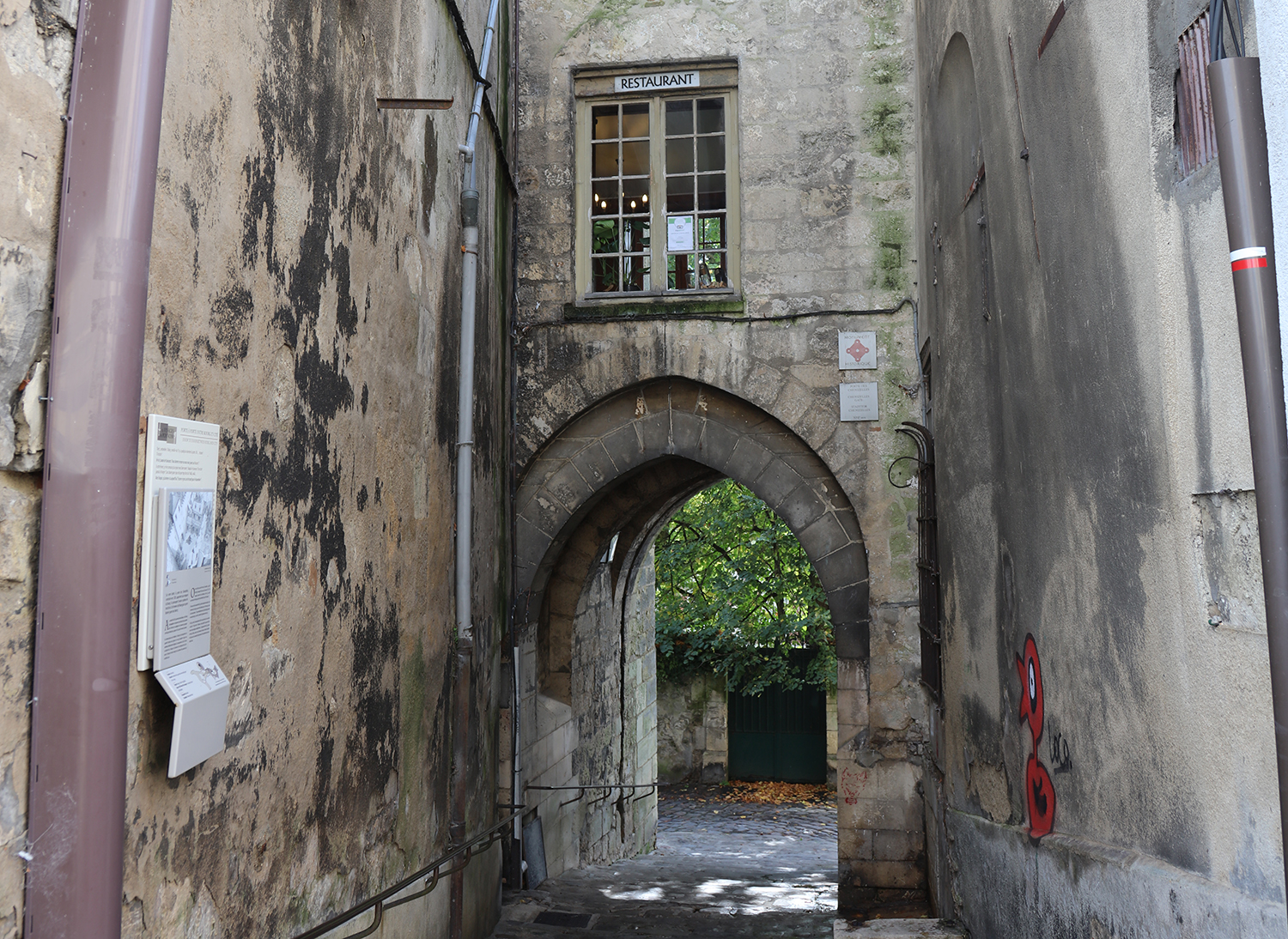 A 12th century town gate in the alley adjacent a bistro. Discreet signage give a history – much it seems provided by the local rotary

Grey people with glum faces were in the majority and for the first time in France I saw someone rooting through a litter bin looking for something, anything… Restaurants and clothes shops, galleries and jewellers all were closed, dusty signs offering them for rental or sale. An air of depression contrasted strongly with its English twin, Winchester, or the buoyancy of a comparable historic town in England, such as Lewes. Here the population numbers fall steadily, leaving empty buildings, a trend observed in other French provincial towns. 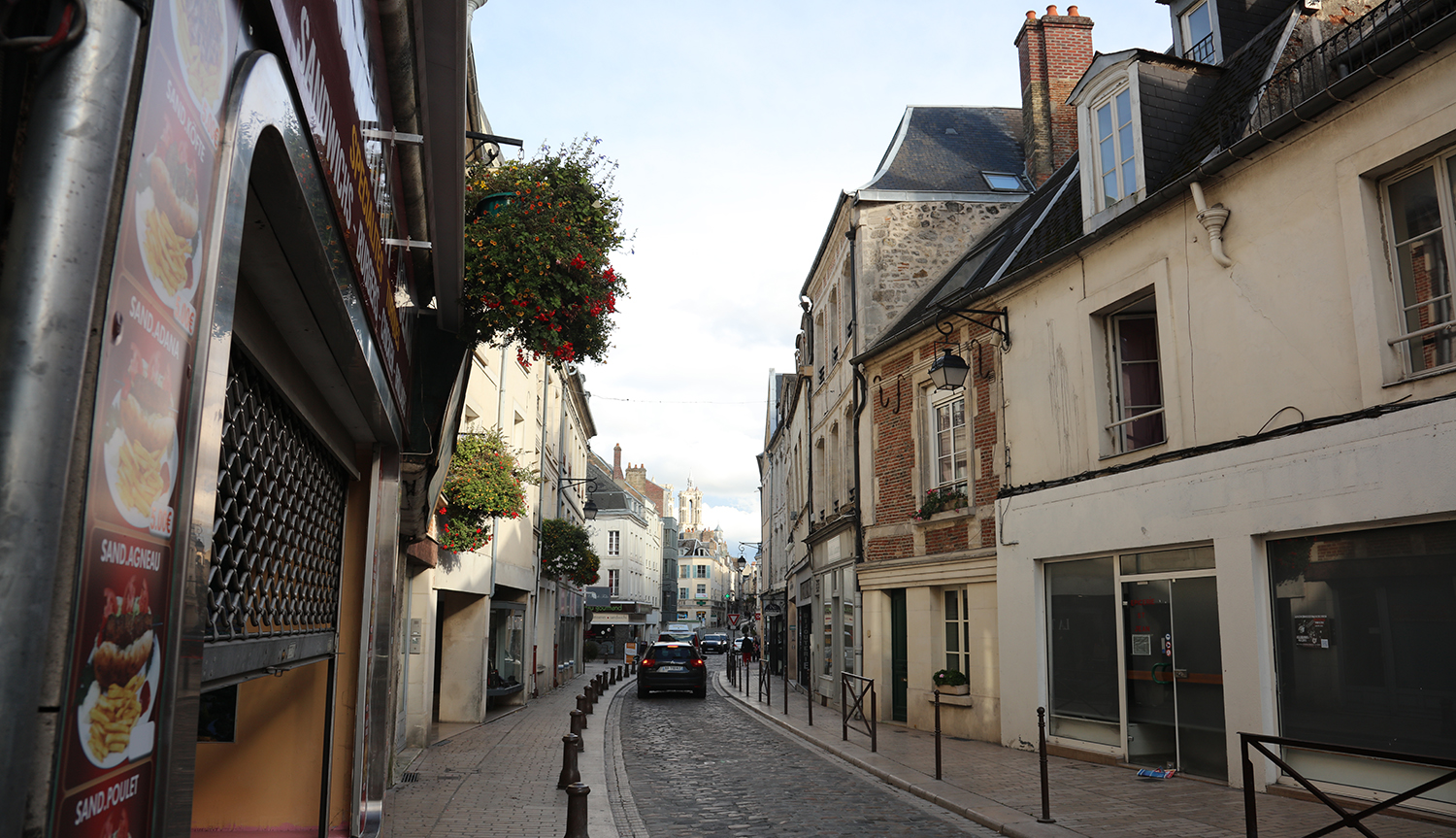 Narrow streets have empty shops, and this is not a ‘ville fleurie’

This is a town that looks deserted by France. The lower newer town has some industry, but here in the upper historic citadel are the administrators who probably retreat to their homes in the country and shop in Rheims or Soissons rather than here. The streets are full of signs saying ‘A Vendre’, one in every three shops seems shuttered, and the lack of good hotels means tourists are treating it as a night stop rather than a destination, the tourist dollar not reaching the community.

It is three years since my last big drive through Europe, and I have missed the adventure. Last time was through Belgium to Germany, at the height of recession, but we saw little of its impact. This drive took us through France into Italy and back via Austria, Germany and France again. It is the first time I have made a trip abroad on my own itinerary without an hotel to Review. My first real holiday had been the trip to Cyprus after which my cancer was diagnosed, but recovery is continuing so we set off aiming to visit the Roman city of Aquileia, on the Adriatic.

This time too, we became aware of the impact of economic and migratory change. Borders were crossed with 12 mile queues and police checks on the motorways, every town we visited had empty shops, either due to the shift to internet shopping or (more likely in my view) down to the recession. This view of depressed towns came to a head on our last stop in this old royal town of Laon in Picardy.

In England we value our heritage, with aggressive guardians eager to protect, often at the expense of keeping alive what they are protecting. But nowhere in England have I been aware of decay and a lack of soul and vitality such as I saw in Laon. 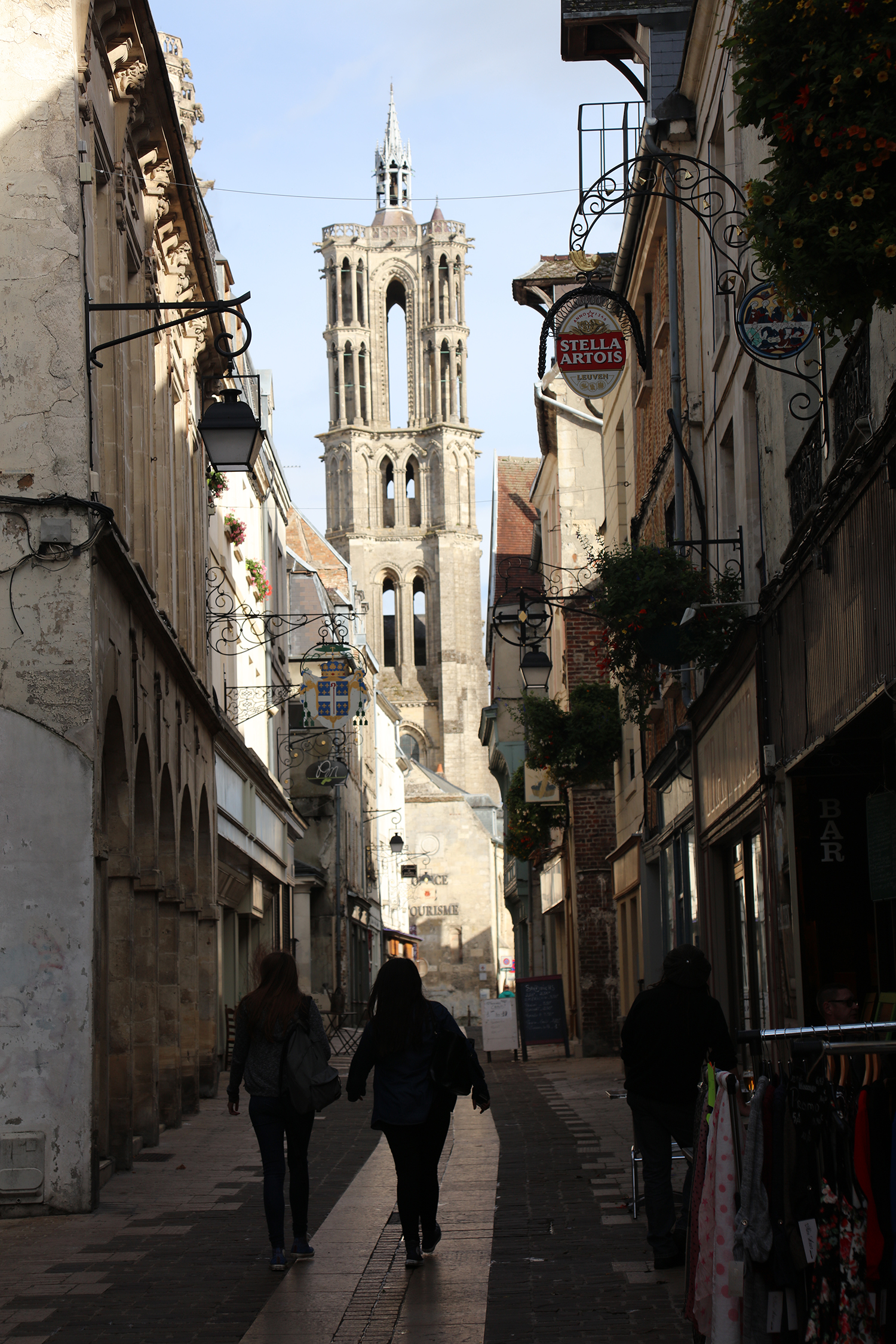 This town, intended as a high spot on the way home, a last swansong of a European jaunt, a lift for my sense of history supplemented by a stay in a 17th century character hotel, became instead a depressant.

It was a dismal advertisement for France.