Trains and Boats and planes….

There is a song from the seventies echoing around my head – was it Peter, Paul and Mary? Can’t remember but it reminds me that having posted articles about cruise liners and cross channel ferries before, the missing bit about sleep on the move is the ‘plane. Now I am not rich enough to fly 1st class anywhere but I do fly business class, if only because the luggage allowance allows me to take my digital cameras in the cabin with me- well we all know about Thiefrow, don’t we?

My recent trip was via Dubai, as awful an airport as you get anywhere. Going out I stopped for 3 days to Review the Centro Al Mahal in Abu Dhabi, coming back mercifully the stopover was only a couple of hours, but the flight took nearly 22hours compared to the direct flight time of some 12 hours, so not a great way to go. I have travelled business class with BA, upper class with Virgin over the Atlantic (a one-off cheap offer) and, on this trip, in the business class cabin of Emirates.

They are all brilliant. I find it impossible to spend long in a cattle class seat, with such limited room cramped when the person in front reclines shoving the back of the seat in your lap, so the extra legroom is necessary for my comfort. When I was young and willowy I could cope but older slower and yes, all right, fatter too, I need the space to breath. In all three business cabins each seat had almost enough room to dance. All three offer a full bed too, so sleeping, impossible for me in a reclining economy seat, suddenly becomes achievable as I realised the first time I tried the British Airways flat bed and slept for five hours.

The Emirates food and service are better, so the balance between the two is cost, where Emirates win decisively. Design of the Emirates seat is good but still has those irritants they all have – the screen controller that breaks your nails trying to release if from the seat arm, the table that never goes really flat, hieroglyphics on the buttons that verge on being incomprehensible and are anyway invisible when they turn down the cabin lighting.

Bristol Britannia took too long to get into service, missing its market. I flew British United on a troop plane to Cyprus. All troop planes have rearward facing seats for safety reasons

My first long distance flight was in a Bristol Britannia in 1963. An RAF trooper with rearward facing seats, flight was an adventure. Meal service was a white box given on boarding which contained your sandwich, courtesy of NAAFI. Flying is no longer an adventure, now it is just tedium. Comfort and sleep are ways to make it tolerable. Good cabin design and good seat design make it more tolerable today than ever before. Economy is better than it used to be, business class positively luxurious. Will I ever know what first is like? I wonder what they do to make it worth the cost of a small house?

I bet they all beat looking down through the holes in the floor of a rattling Hastings and seeing the waves passing below. There is a small French home build aircraft, designed in the 1930’s called the ‘Flying Flea’ (Pou-du-Ciel). The designer, Henri Mignet was driven by a desire to make a very safe to fly aeroplane. Boeing are driven the same way, and their 777, with nearly a thousand in service and only 3 lost in accidents, is one of the safest airliners ever built, widely regarded as a workhorse of the airline industry. Emirates for instance has, as I write, just taken delivery of their 94th, a 777-300ER. Statistically flying is by far the safest way to travel. 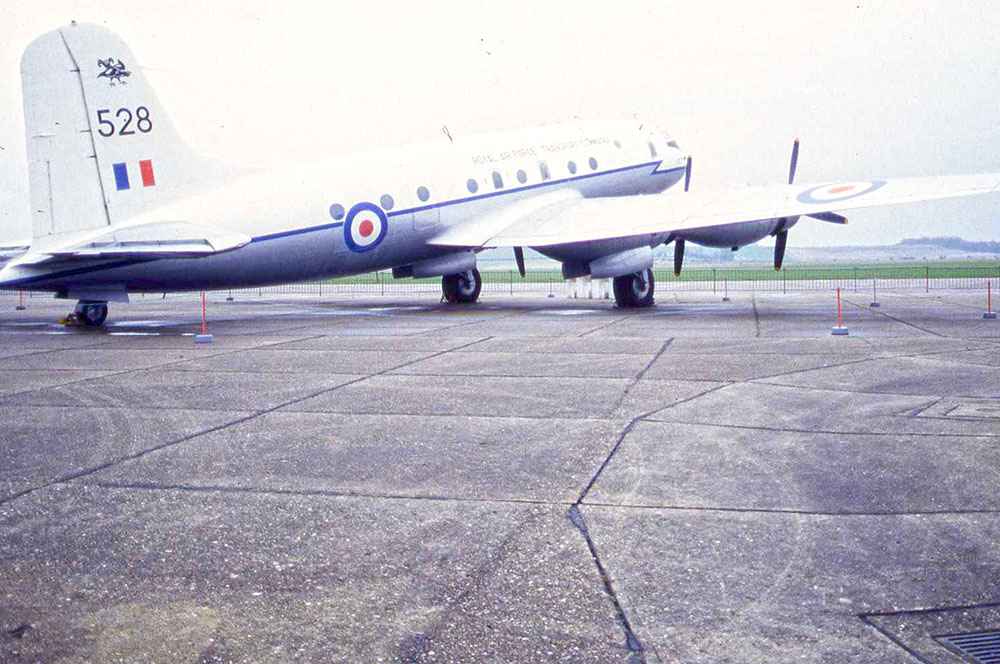 The noisy rattling piston engined Hastings of the RAF. Air travel circa 1953

As flights become more sophisticated and more and more people travel many health experts identify passenger flights as a likely vector in the next global pandemic – that is they become the way in which global disease outbreaks will be spread. This is why the governing bodies of international aviation insist that insecticide sprays are used in the cabin on certain routes, to help stop the spread of disease. 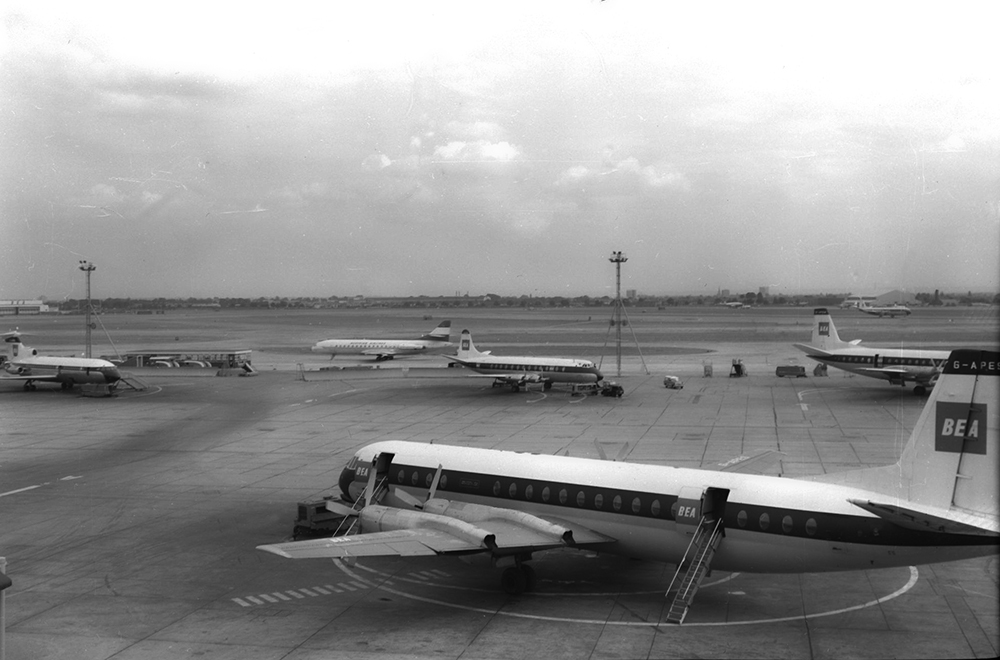 Heathrow in 1964 – Vickers Vanguard and Viscount, DH Trident when Britain had an aircraft industry before meddling politicians killed it

The most profitable passengers for airlines are those that fly business class and clever design has allowed the creation of the flat bed for them The offering has improved as design has advanced and most airlines now offer not only a flat bed experience in business class, but the added comfort of a mattress. On my most recent flight, in a new Emirates 777-300ER, I settled into a deep sleep on the flight home from SA, only to be disturbed by being bitten. Fleas taking to the skies again? Or are the airlines experiencing the growth of bedbugs as a pest in the way US hotels have over the last few years? 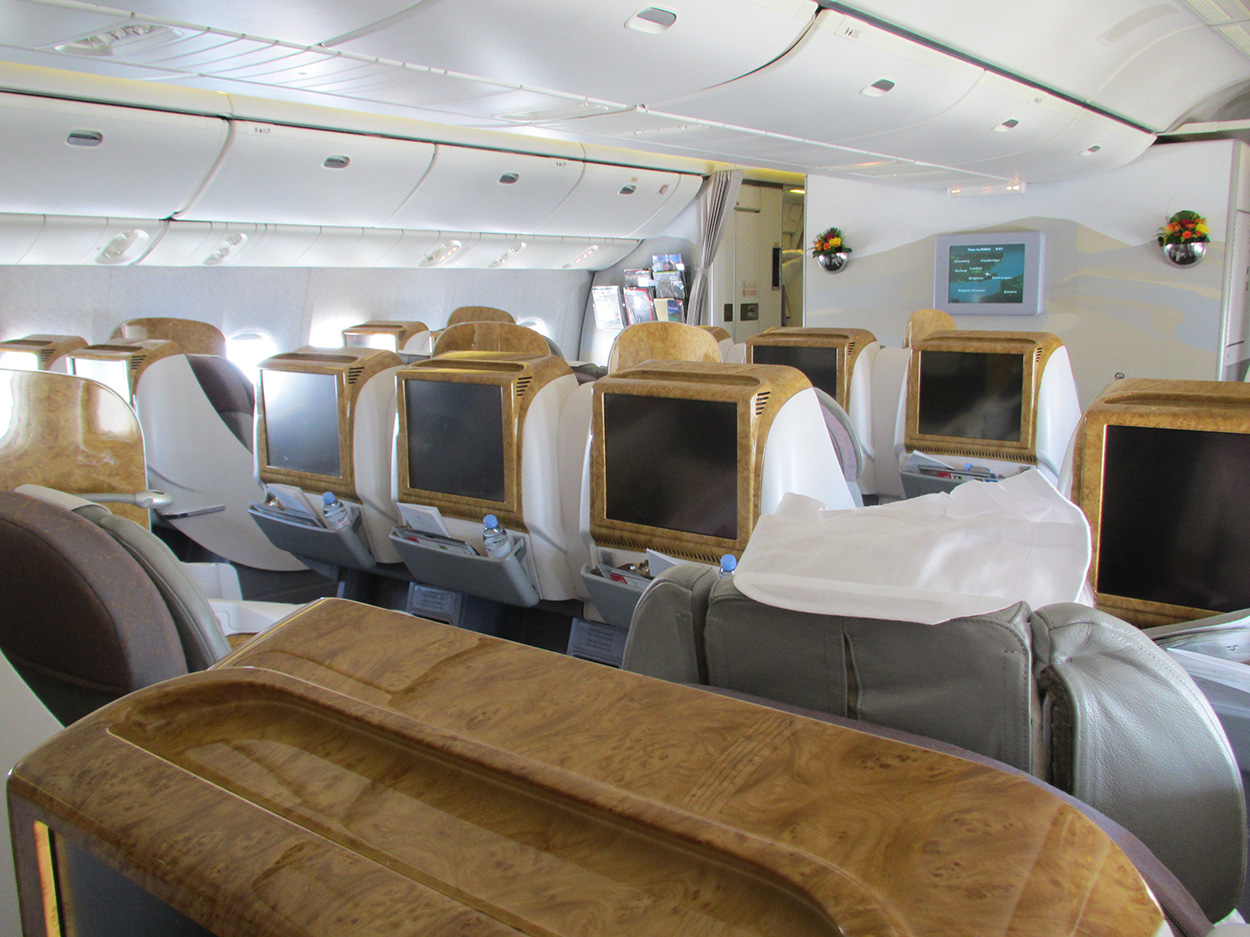 Fearing that this was an indicator of hygiene issue I complained to the airline, sending them this image of bites on my leg. They however, despite assuring me that passenger health was their major concern, said I must have picked them up on my travels – as my flight was the second leg from Dubai to Heathrow and the previous (unbitten leg) was with the same airline, Emirates, this does not reassure me that there is not a potential health problem here. 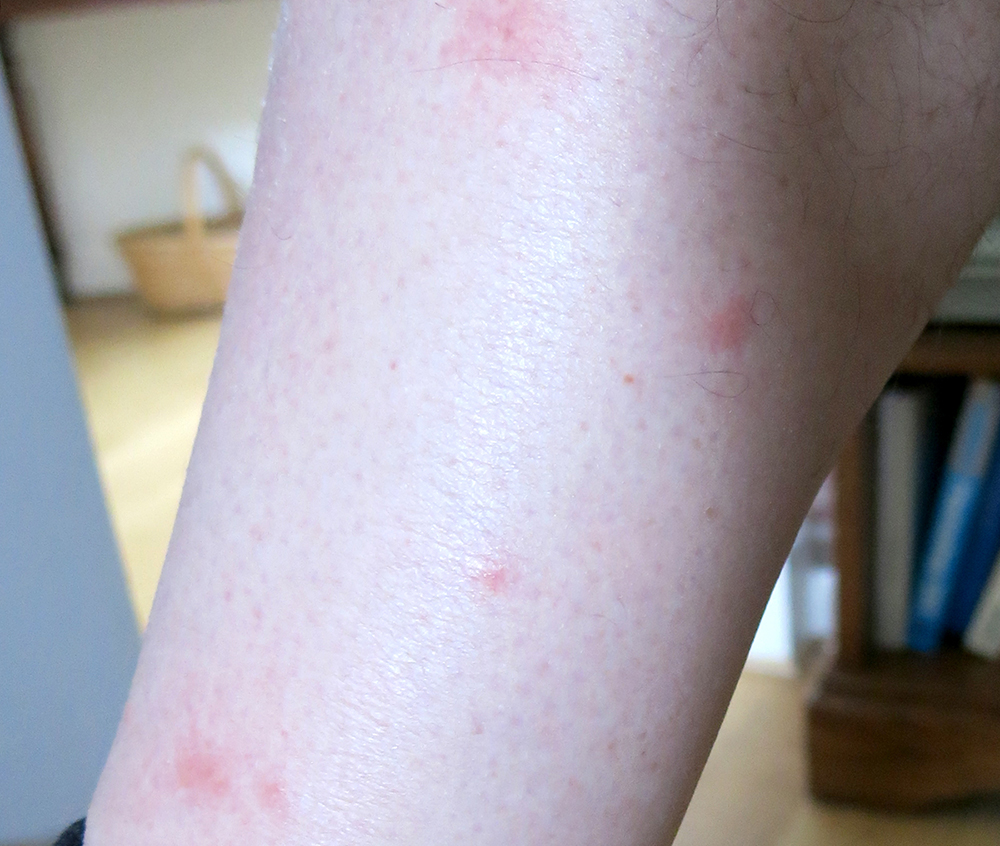 I have reported it to the Environmental Health office responsible for arriving flights at Gatwick and had a curiously old-fashioned English response along the lines of “Oh dear, I’ll have to get advice, oh dear a foreign airline, oh dear I wonder what I should do?” A steward walking down the aisles spraying insecticide in the air seems pretty ineffective to me as disease prevention.

It seems that the specialists at WHO that have identified the airline industry as the vector for future pandemics are right. Are the hygiene standards in the airline industry comparable to hotels? What do they do to prevent infestations in their mattresses that have so affected the hotel industry? The mattresses have organic covers that may be laundered (I don’t know because the airline hasn’t told me what their housekeeping, if any, involves) but what about cleansing the mattress itself? 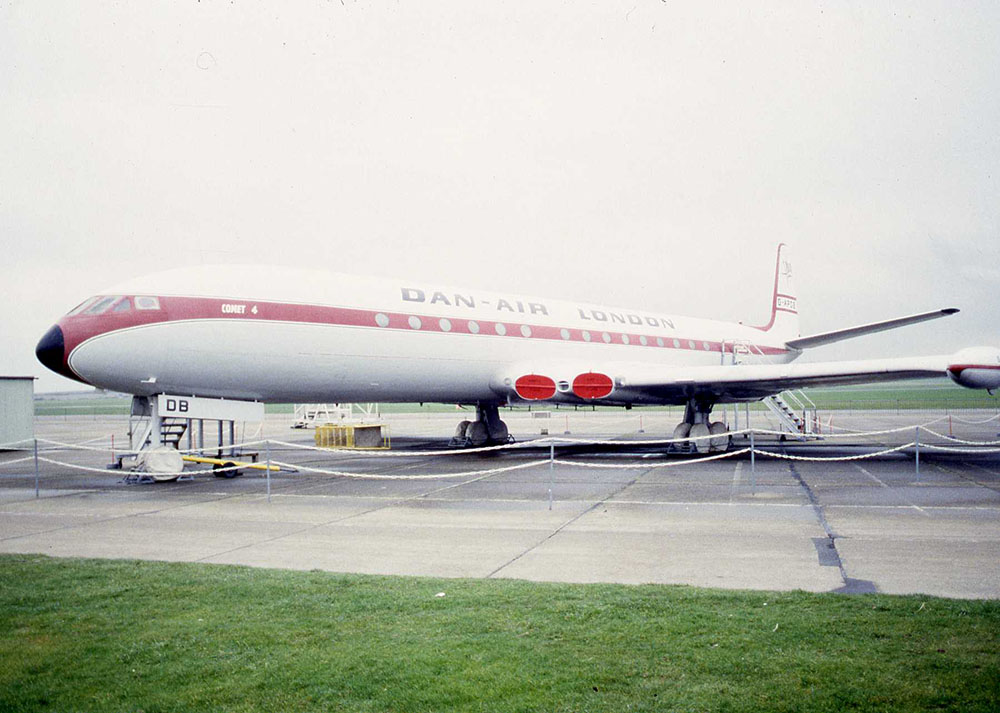 The Comet 4B. The worlds first jet airliner came into service in 1952. Dan Air was one of the airlines that pioneered the package tour using Comets.

Henri Mignet would not be amused at this latest iteration of the ‘Flying Flea’.

Footnote (ha): I have been contacted today, may 8th, by Gatwick Environmental Health who are pursuing the flea bite issue with Emirates. They (unlike Emirates) seem to be taking it seriously.