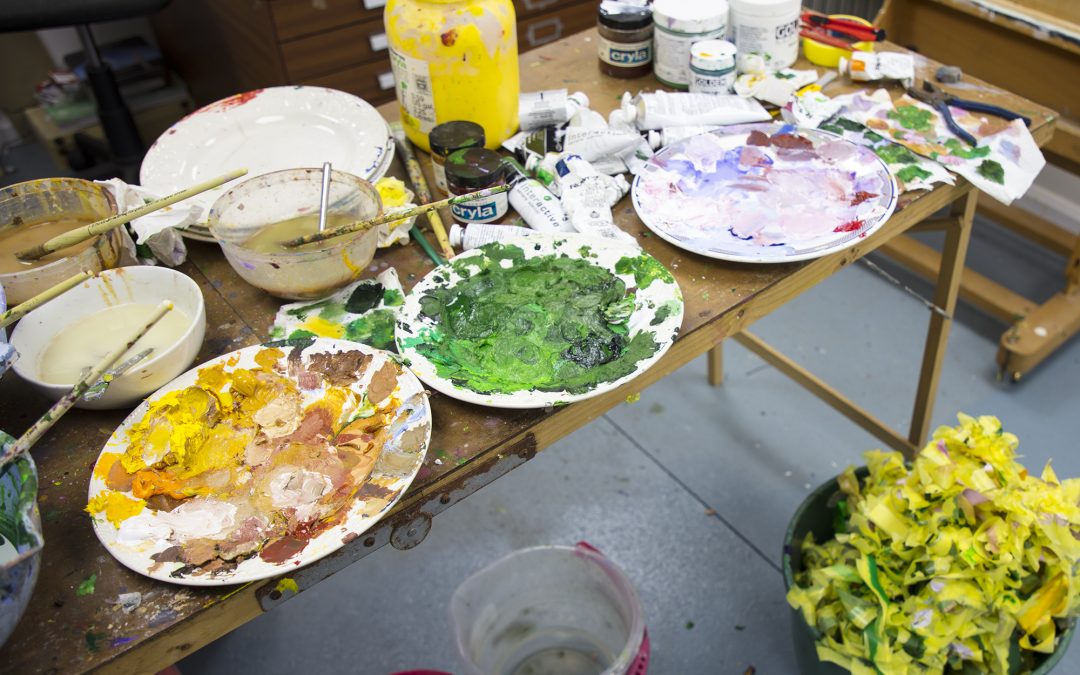 Once upon a time, long, long ago, a father taught his son to draw.  The youth showed a precocious talent. An uncle portrayed as a ‘great ape’ because he called the boy ‘monkey face’, was teased by his brothers about the drawing, and never forgave the lad. Art college in the sixties developed the skill but not the confidence. 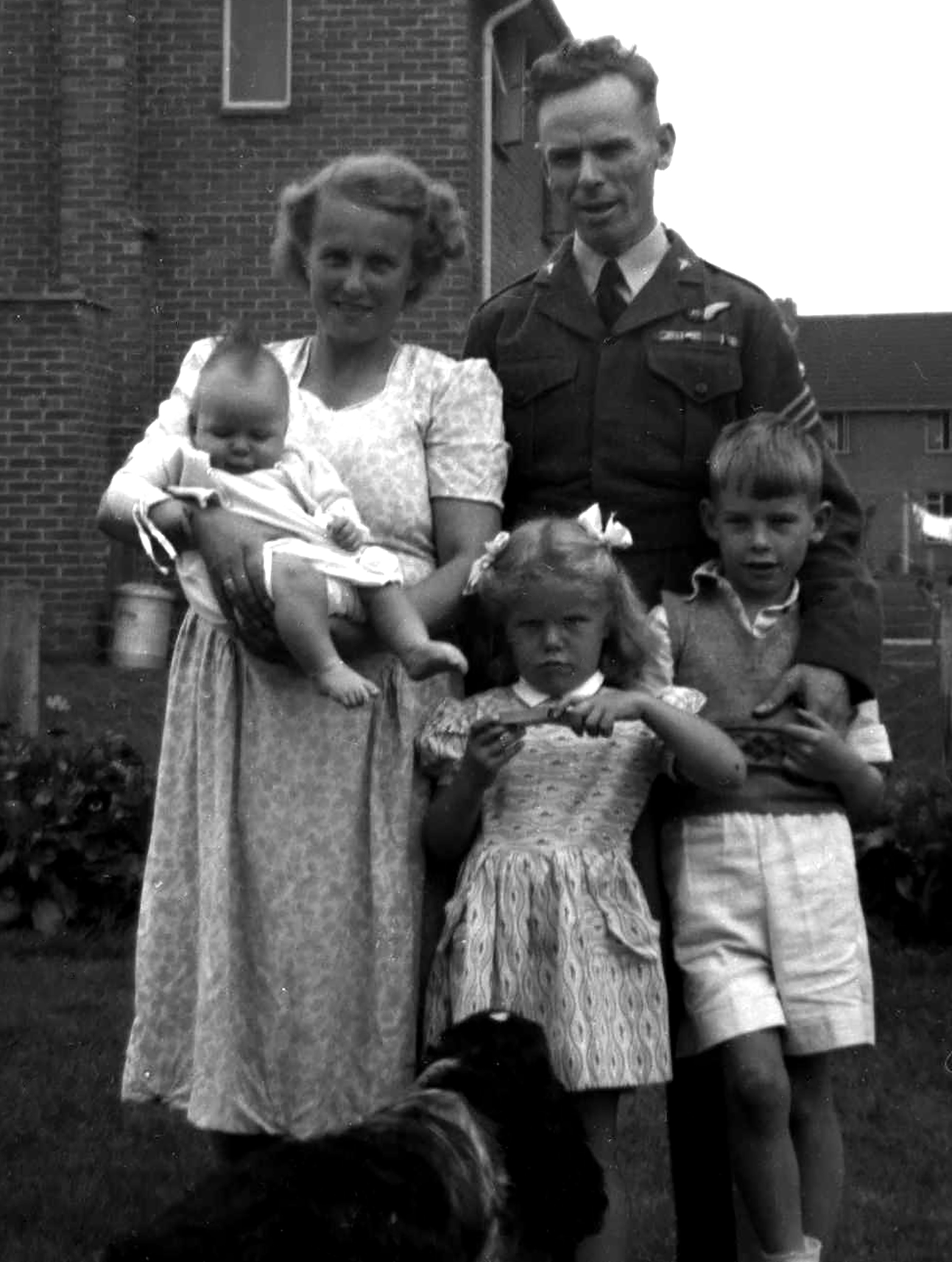 The young artist worked in his studio in Lancashire. No audience, and just the radio for company, he tried promoting his work by physically writing and visiting galleries and other artists. He talked. He joined the Artist Union, raising the branch in the North West. He talked. He was shocked to find in a local pub a meeting of a ‘Professional Artist Association’, painters and print publishers who were dismissive of his lone world as he didn’t make enough money for them to consider him professional. One claimed to be the Queens Royal Equine portraitist, saying he had just finished a multi-thousand-pound commission to paint a mural of horses at Windsor Castle.

Whilst the young artist steadily exhibited and made sales he began to realise that to be a professional meant doing nothing but painting. Was money the sole judge of the value of an art work? Did it mean his painting was less meaningful than a wall of galloping horses because he didn’t make much money? Was it, then, that if an artist wasn’t famous until he was dead he wasn’t a professional? Seemingly that was the only valuation that society placed on art? His confidence was shaken. 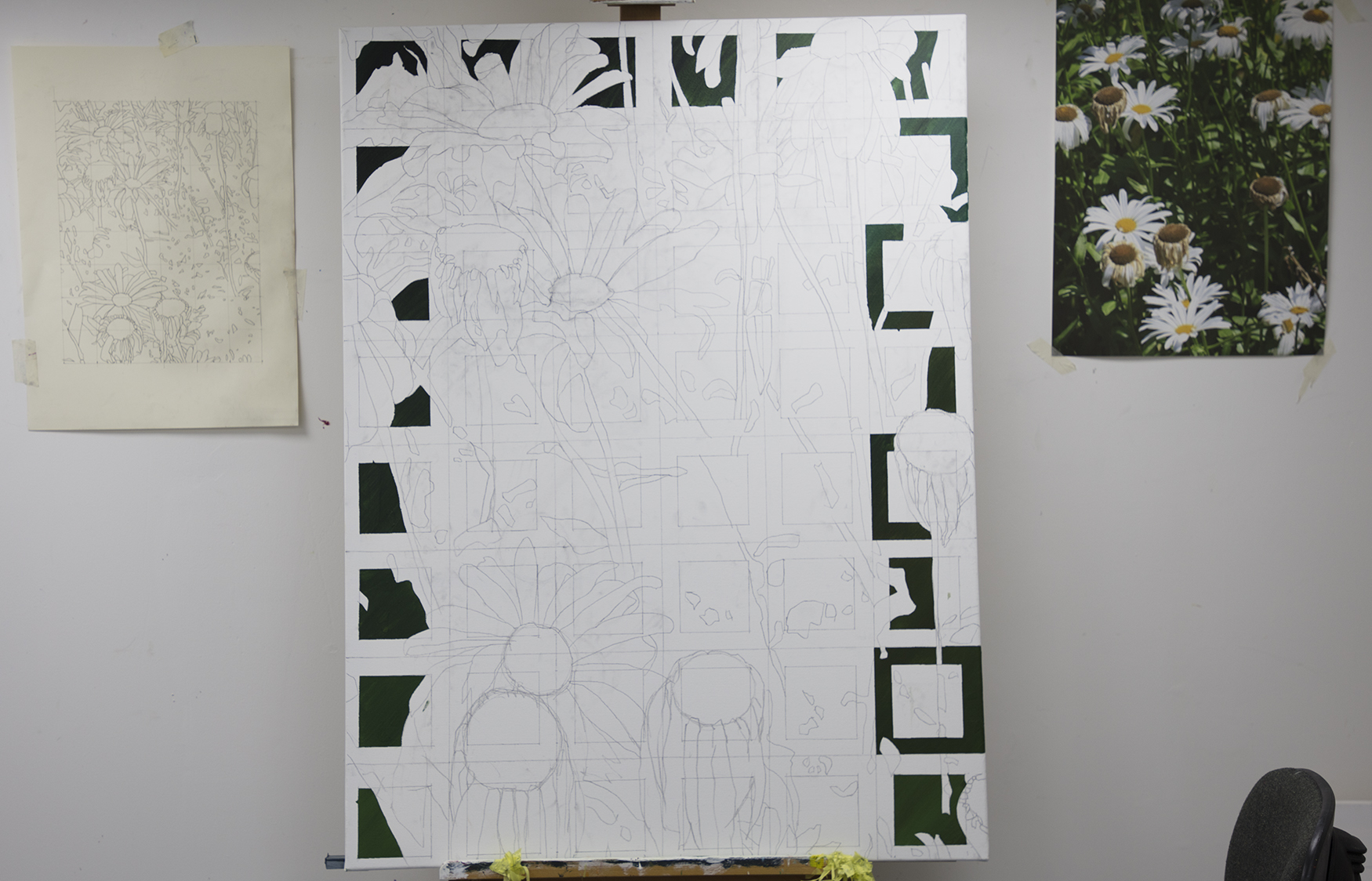 In the Beginning it was so cold in the studio, but about 3 hours or so done there today. Drawing sort of finished (it will get fettled as the painting develops) and the basic colour palette and colour shifts for the greens defined.

Yet some made their way into the sunny uplands of gallery sales on a scale that paid well whilst sticking determinedly to their own style. Later the artist came to realise that for some people the pure persistence of continuing with and being focussed on his art was a key. But the artist allowed himself to follow the money into the world of design. Others made their living teaching and painting, but he found students sucked all creativity into themselves like vampires sucking blood.

I was that artist, and although I still painted it was like a hobbyist, and spare time was rare in the process of building several successful businesses. Now once again my diary is becoming the daily trace of making paintings as I focus on what was always my first creative love. The thinking is back in place and imagery and philosophy evolve hand in hand. Confidence is flooding back, helped by that business experience.

Just over an hour this morning, maybe two this afternoon. Physically still not strong (recovering from a serious operation) but being in the studio is progress, and the painting shows it

It is not enough for me that a painting must be pleasing aesthetically but also it must carry more meaning. Life demands more than just a good aesthetic from an artist, the artist must advance visual understanding of our world. Political criticism is the domain of the satirist, and the difficulty in treading a line between the overtly political sloganeering as typified by Robert and Roberta’s lame works. Many paintings which are just abstract, seeking a purely emotive reaction from the viewer, float free of our world, reflect only the often-boring psyche of the artist.

Many people find art inaccessible. Using a recognizable image is a way of enticing them into a visual world, seducing their eye and mind. I use a line drawing and breaking it down with colour that dislocates and moves the space in unexpected way, creating a kind of controlled chaos, seems to me to be both accessible and a reflection of our society. We are governed by rules of law, social mores and expectations yet value the rebel and idiosyncratic within that, if it doesn’t immediately threaten us. I also entice the eye by making finding the imagery into a game. We all love playing games, don’t we? So the viewer is seduced into my world. As I went to the studio after a short break for a cuppa, the moon was already rising – on the way home didn’t take a torch and it was pitch black after the studio lights. Lots of colour relationship decisions being made/ reconsidered/reinforced today

Reading of Monet’s struggles with his Waterlilies, I found he planted willows in his garden at Giverny in response, maybe in part unconsciously, to WW1. The Willow tree, which became an important icon in the later works, was a symbol of mourning in French graveyards. Painting furiously through the war years, fearing for the life of friends and his son, a serving officer in the French front line, affected both his imagery and his colouration. He expressed this through paint, and seeing his paintings in the Orangery moved me to tears at the beauty of his tribute to the fallen of France.

My garden is small, so I prey on the gardens of friends and neighbours, using the camera. Gardens, like Monet’s, are our human contribution to beautifying our world. Sometimes imagery hides at the back of my mind. ‘Andrea’s Daisies’ uses one such image. I worked in the Seattle studio of Andrea Dawson-Sheehan of Dawson Design for a while, a guest in Andreas house at Port Orchard across the Puget Sound from Seattle. One Sunday, left to my own devices I was going to walk in the woods. Andrea showed me the path, but pointed out a pile of bear shit. I hesitated, but she said “not to worry unless there were young”. At that moment, there could be heard barking of dogs from a neighbouring property. “That’ll be a cougar (mountain lion)” she said calmly. Today’s progress on the Seattle Daisy painting. The colour range is dislocating the spatial context. often this happens until all the white is gone, but in this instance white is the main constituent of the petals so it will take a lot of balancing to allow the fragmentary nature of the overall image to hold together on the canvas. Chaos versus order again – a bit like British transport systems at the moment

At which point I decided that behind the tall deer fence in the garden with my sketch book was a more attractive way of spending Sunday afternoon. The daisies became a fascination, and camera and sketch book records were made. Drawings have been made but I needed to work through a longer fascination with poppies before I could get my head around the daisies. the image is much more complex than previous paintings, brain-crackingly so, but I think the colour vs. image chaos is under control and will work and say what I want. About the half way stage now, pleased to be able i.e. fit enough, to work for a solid 4+ hours a day

Now I’m in my studio full time the art of years stored in my head is seeping out, and the painting of Andrea’s Daisies is the latest part of this. It has taken longer to paint because in many ways I am back with the complexity of colour movement and drawing that characterised my work of the early years, yet with added visual sophistication. There is a clarity now that was missing, which in a way makes producing the image harder, not easier. My technique is demanding, a little rusty but improving. I am happy with my processes, and happy with the result.

Just over three hours in the studio today as the painting continues to progress. Strange

Andrea’s Daisies’ is now sold, joining two previous paintings that have gone to the USA, this time in to Washington State. This is the fourth of my works sold to the US this past year.  “Andrea’s Daisies are heading back to their ancestral garden. Could not resist!” said designer Andrea Dawson Sheehan, who has bought it, calling it “an expensive vase of flowers”. At least one other follower made a tearful face that it was sold.

Now a couple of days feasting as a break before the final bit. So far used 5 rolls of masking tape, and running through tubes of paint like they grow on trees! Sad thing about breaking for two days is I’ll probably have to remix these palettes of colour….Finally completed ‘Andrea’s Daisies’ and feel happy with the result of the struggles. It is 3′ x 4′, and of course acrylic on canvas

The web has been a wonderful tool to share both thinking, history and process with an audience. I find it a great tool to keep socially engaged whilst working, producing an almost daily diary of work in the studio and getting feedback too. It has also become a valued selling tool with my gallery showing what is available, and being updated regularly. I hope you join others in liking the Facebook page and following me there. You can also follow me on twitter, and of course you can subscribe here to get an email for each of my new postings, so you can always stay in touch with what is happening.