The Old man of the Mountain 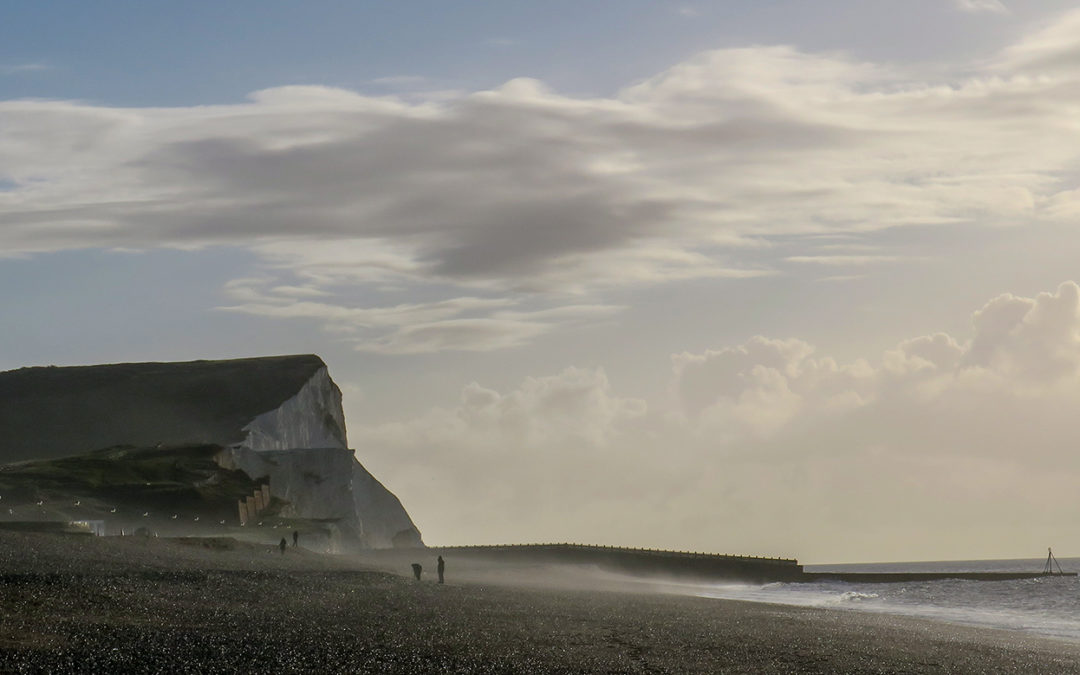 In an early memory from my childhood, one of the first pieces of music to ever stick with me, Sparky searches for his lost singing voice (listen to it at Sparky’s Magic Echo – YouTube). Released in 1949 this must have been a radio piece I listened to as a two- or three-year-old (born in 1947), but ever since when no answer appears, the phrase ‘the old man of the mountain will know’ comes into my mind. Barely older, the NHS seems to be also looking for its voice amidst its administrative incompetence. My dad, a senior NHS administrator at retirement would be appalled.

Dad was an Air Force nurse before becoming a rear gunner. Here he is in the Western Desert in 1940 (centre of the back row)

In my last piece, ‘Such is Life’ I reflected the fatalistic approach to life of Kurt Vonnegut’s character from his book ‘Slaughterhouse 5’. I am taking the same approach with the NHS. Latest in my engagement with this health insurance monster shows its incompetence administratively. I have had back pain problems since I was in my 20’s as an art student, the cause probably life style – and you can take your choice from labouring jobs as a 17 or 18 year old on farm carrying 110lb sacks of grain etc., sleeping on floors after jazz concerts, falling off a motorbike and going down the road on my bum at 30mph, but now I am attending fracture clinic to sort out a fractured vertebrae at the base of my spine that is becoming quite disabling.

Our local medical services are not based in Seaford. Most treatments are in Eastbourne, a 25minutes drive away (or two buses). Some areas of specialisation are based in Hastings, an hour and 20 minutes’ drive (over 2 hours by public transport). This for a growing community of over 27,000 people. Everything is badly planned here. New housing is proposed but children’s schools are already at capacity and children will be sent over the Downs on roads that often block and isolate the town. There is not enough surgery capacity to cope and the surgeries are themselves are in buildings that need revision – so bad that one practice has publicly threatened to move out of town. 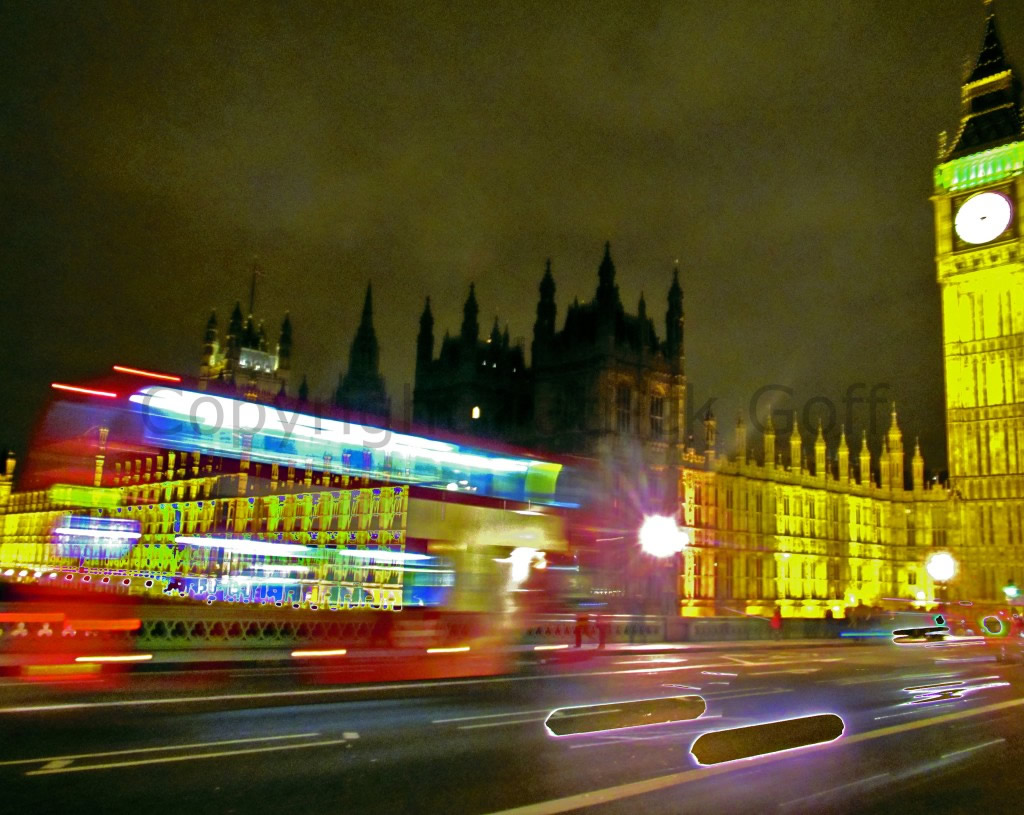 I flog my way over to Hastings to see the consultant about the timetable for resolving my pain and mobility issues. We talk about where treatment may be done (operation under general anaesthetic once more), Eastbourne is possible depending on theatre availability, currently unknown. I need a full MRI scan first of course. Then he sees that I have recently had two stents fitted (see ‘Such is Life’). He starts to dictate a letter to cardiology. How long before they reply, and how long before they will say it is OK to stop the heart drugs so treatment can be timetabled? In my mind I think why wasn’t this already done?

Does anyone read our medical notes? Is the system so badly organised no-one thinks ahead? The treatment I have had has been brilliant, but the disorganisation of the NHS services is always evident. I used to manage projects in hotels, even supervise the building of new hotels. It was my job to prepare schedules for when deliveries would be required and ensure orders were placed at the appropriate time. Most kit was bespoke, so I had to know the manufacturing processes, the attitude of the supplier (some were incompetent, some liars, some always did what they said) negotiate design and timetable everything accordingly. In event of getting it wrong there were financial and reputational penalties – echoes Sparky?. 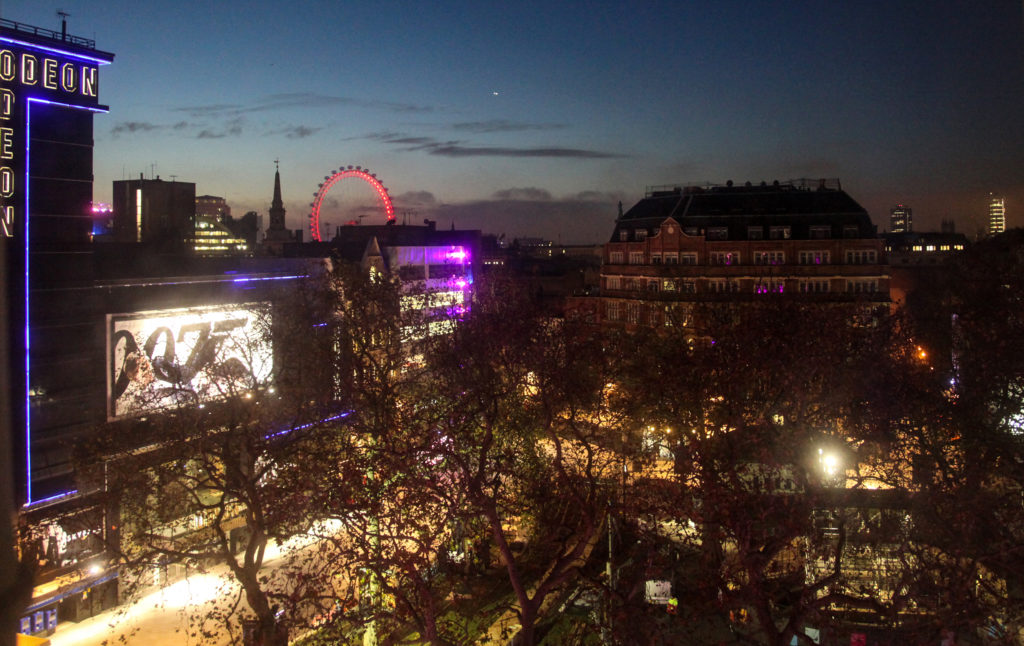 Leicester Square at night. Here we have dark skies, one of the few places in Britain so labelled. City life is a separate kind of existence

I had a blood vessel removed in error in one operation. No-one has spelled out what this means for me. It left me with a hernia. None of this seemed known, consultant was disbelieving when told, so was it in my record or was it conveniently lost to protect a reputation? Every letter I get says I can check my health record, but I am never provided with the password to gain access. My partner has a heart problem too and was told an urgent referral would be made. Two weeks have gone by, and the referral letter is only just being sent – and it could take a month for the appointment to appear. Can you hear the echo Sparky?

In Britain we have a major problem with our upper classes – they cannot manage our way out of a brown paper bag. We have a PM who apparently can negotiate in Latin but seems unable to get us out of lockdown despite the disappearance of flu and deaths the lowest in over 5 years. We have a Home Office that is so poorly organised they have lost track of over 300,000 illegal immigrants and incapable of stopping daily dinghies. In my post Hull Hell etc.. I wrote about the decline in population of regional towns and cities as industries died through greed and corporate mismanagement. We killed our aviation, shipbuilding, rail, and motor industries (rescued by foreign owners) Are we killing the NHS the same way? Mismanaged with its senior management on wages reaching £490,000, no training programme so we steal doctors and nurses from impoverished nations to provide care. Can you hear the echoes Sparky?

Sunset over the Seven Sister – Britain is in its sunset years, or is it just me….

When the record was released in 1949 we were a country in rationing, with largely destroyed cities to rebuild. We created the NHS and rebuilt Britain, supposedly making homes for heroes. Did we do it despite politicians and the civil service or because of them? Now a double whammy, Brexit and COVID alongside the need to rebuild an industrial base. Can you hear the echoes Sparky?

Or does only the old man of the mountains know?