From Hull, Hell and Halifax, Good Lord deliver us! 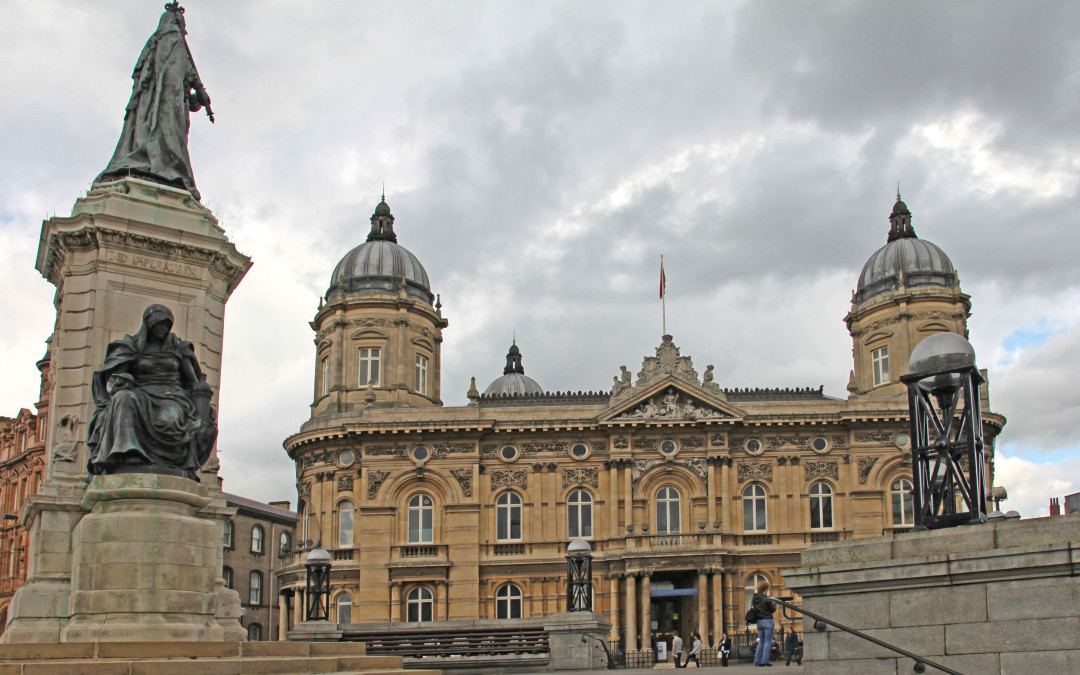 There is a proverb and a prayer withall, That we may not to three strange places fall; From Hull, from Hell, from Halifax, ’tis this, From all these three, Good Lord, deliver us. This praying proverb’s meaning to set down, Men do not wish deliverance from the town; The town’s named Kingston, Hull’s the furious river; And from Halifax’s dangers, I say, Lord, deliver. At Halifax, the law so sharp doth deal, That whoso more than 13 pence doth steal; They have a gyn that wondrous, quick and well, Sends thieves all headless unto Heaven or Hell. From Hell each man says Lord, deliver me. Because from Hell can no redemption be. Men may escape from Hull and Halifax, But sure in Hell, there is not heavier tax. Let each one for themselves in this agree, And pray – from Hell, Good Lord, deliver me

At a time when net migration into the UK is causing concern, the number of northern cities in decline is remarkable, and testament to the lack of judgement by those who run our economy. Population decline is inevitably linked to industrial decline, a decline that through my lifetime has characterised, and continues to characterise this once great country. 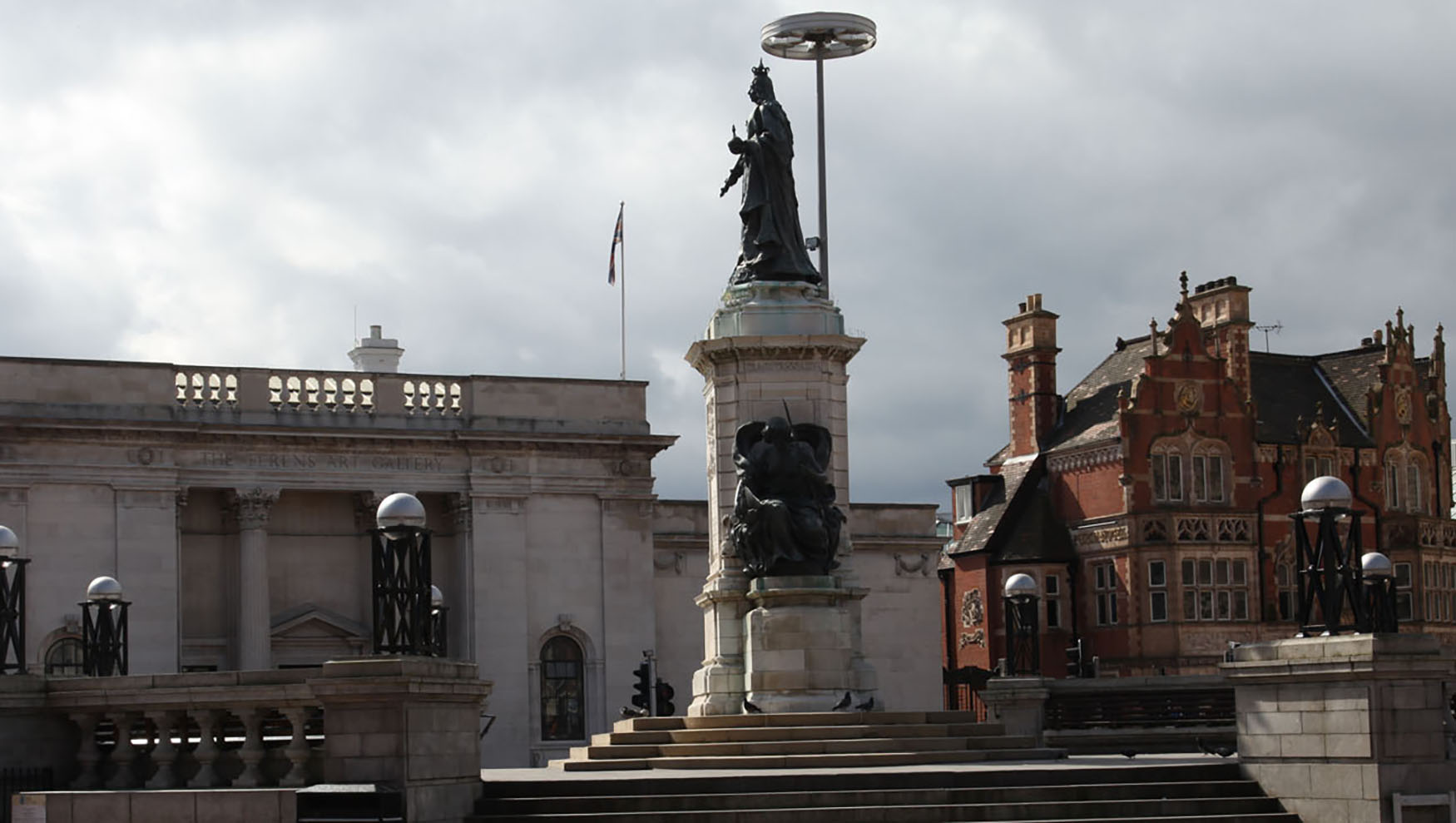 Thoughtfully the city has provided Queen Victoria with an umbrella

Hull (or to give it its proper name, Kingston Upon Hull) has declined 10% in population in recent decades – not as bad as towns on the other side of the Pennines like Blackburn, but amazing given the growth in national population and especially the doubling of London’s size. Curiously Hull company Blackburn Aircraft, makers of the famous Buccaneer, was killed off by British Aerospace, another misguided political creation that killed in turn Avro, Hawker and de Havilland and in the process killed off the manufacture of aircraft in the UK. 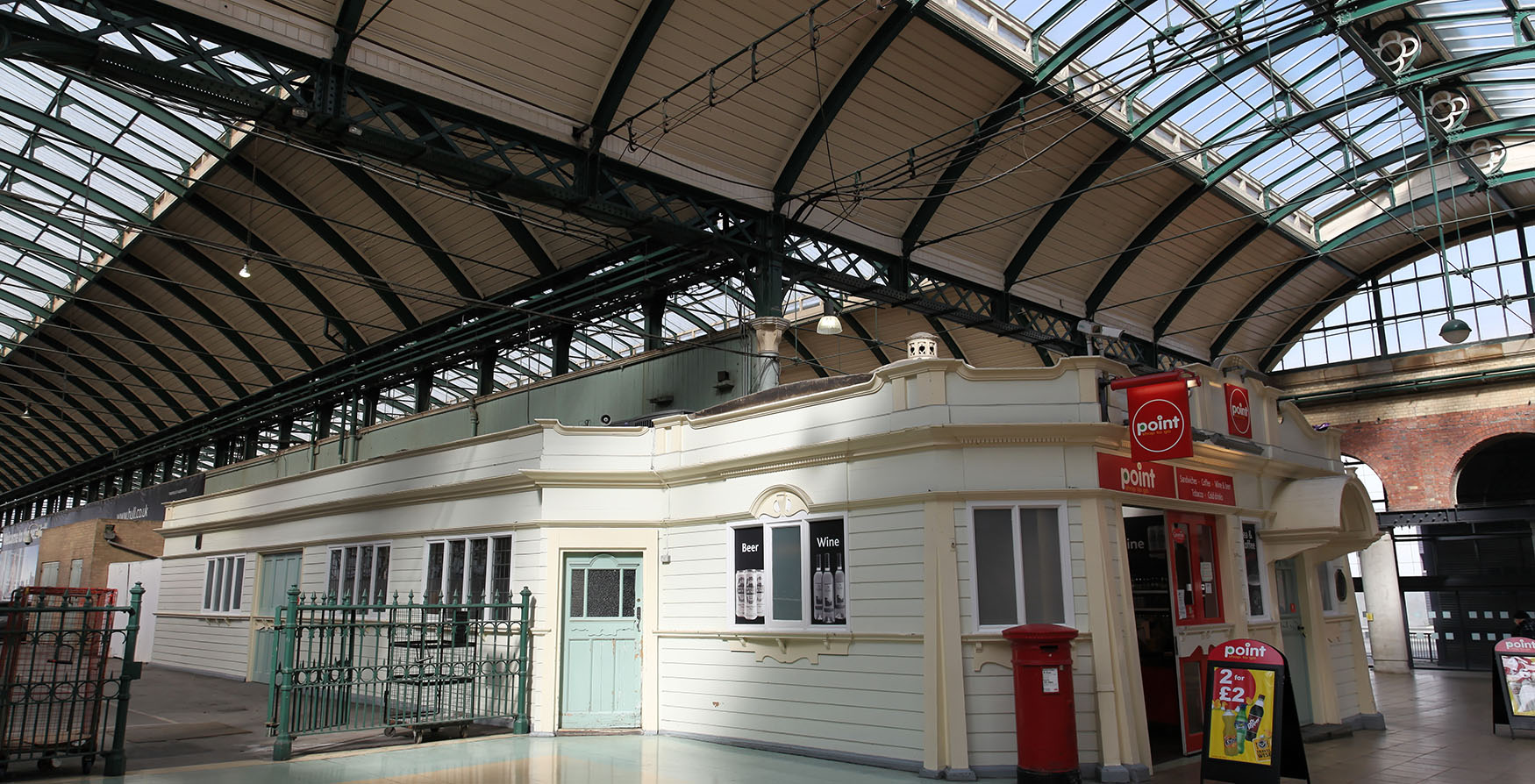 London, of course, where our politicians dwell, received £50 billion investment into one project alone (the Crossrail project) that would have gone a long way to regenerating cities like Blackburn and Hull. Much as that railway has stimulated London further so originally the railways changed Hull. Mass travel was inconceivable and hotels were coaching inns, primarily places where horses for the carriages or stagecoaches could be changed. Such travel was slow and expensive but the railways brought mass travel into reality. 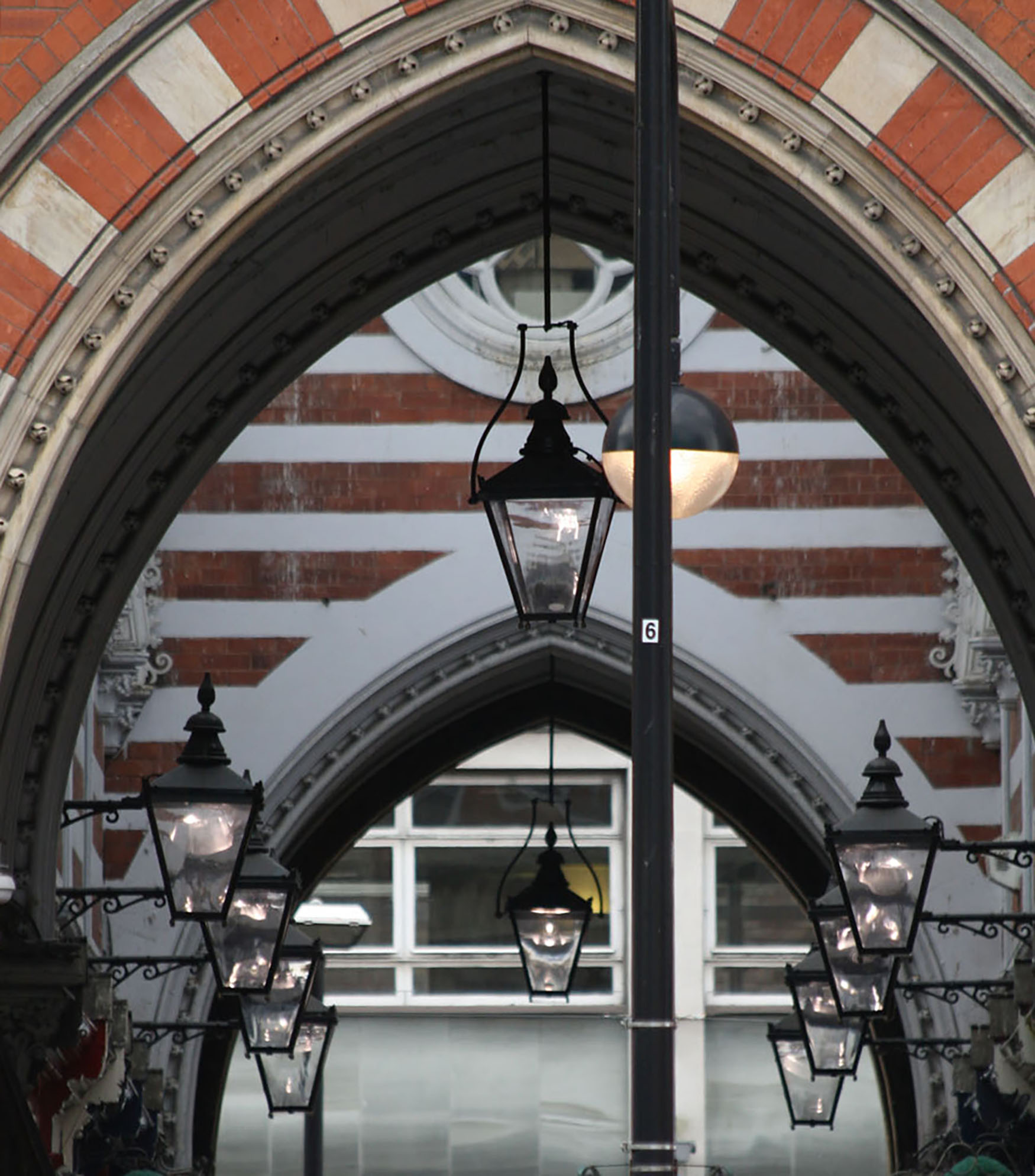 In the industrial towns and cities of the north, working pattern changes and the industrial workers in the mills became part of a well-paid elite, at least initially, as wages were set at levels to tempt self-employed artisans and field workers from the countryside into the towns. Factories began to have shutdowns to allow the whole workforce to take a holiday; the famous Wakes Weeks in Lancashire an example, where one writer recorded that in Bolton Wakes Week the only thing that moved in Bolton were the ‘hands on the town hall clock’.

More than just holidays however, the railways transformed the transportation of goods and people. Ports like Hull became major players in a world in which by the late nineteenth century, had exports from Britain totalling more than exports from all the other industrial countries of the world put together. Writing at a time when the UK has just announced a record negative trade balance this casts a sad light on the performance of British management, political and industrial, since then.

The demand from business as well as other travellers was clear to the entrepreneurs who built railways the world over which started an economic boom that was to last many years. Magnificent railway development gave hull a terminal that has survived, in this the most blitzed city in the UK outside London, wherein many other pre-war buildings destroyed or damaged. Those that survive show the magnificence that was our Victorian Heritage. Although the station has been beautifully restored there is a lack of civic pride evident in the overflowing litterbins at its entrance (it’s all about attention to detail isn’t it?).

There are many surviving fine buildings in Hull, which is still a busy city with major manufacturing and importing businesses. There is plenty of potential here to develop an already strong tourist industry. The town is where William Wilberforce was born and lived, home to aviation pioneer Amy Johnson, and although it now admittedly has John Prescott to cope with, the Ferens Art Gallery is a gem, and the aquarium called the Deep is a brilliant addition to the busy dock area.

In 2017 the Ferens will host the Turner Prize painting competition, a mixed blessing perhaps, as a part of the role of the city as the UK’s 2017 City of Culture. The Ferens is a beautiful gallery with a good collection in place, and the city offers much else besides, including a newly promoted football team in Hull City. A city since the 1890’s and tracing origins back beyond its use by Edward 1 as a base to combat the Scots (yes they have always been a problem), Hull like other places in Northern England is pulling itself up from post-industrial depression to look to a vibrant future, its docks remain busy, but there is a booming marina and a dockside aquarium ‘the Deep’ that are well worth the visit. 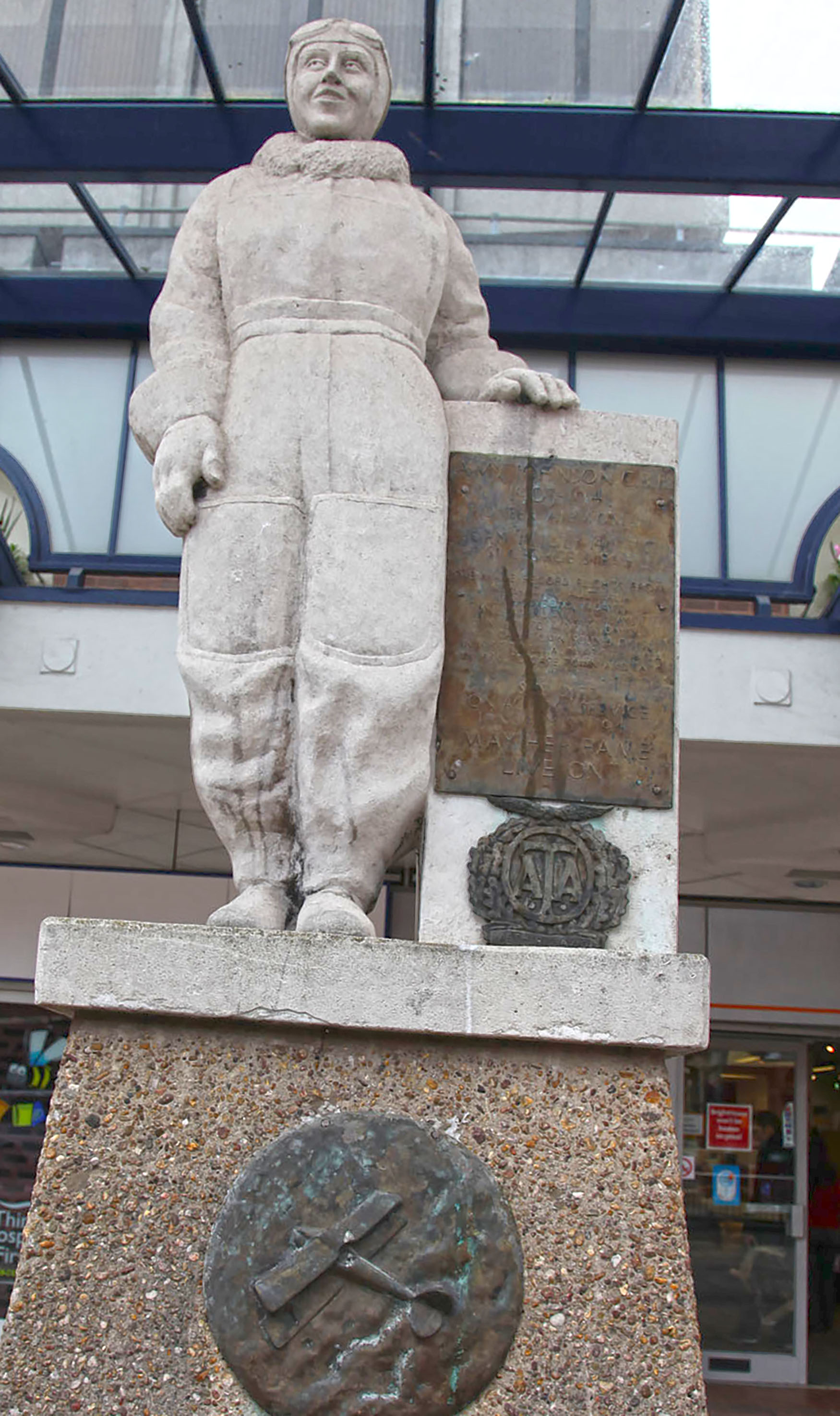 Amy Johnson remembered. Disappeared over the Thames whilst delivering a Spitfire to an operational squadron in WW2

Amy Johnson proves its history of aviation pioneering didn’t just include Blackburn Aircraft. Maybe if we leave the EU our government will decide that it needs to engender a native resurgence of that pioneering spirit and regenerate those industries, like aviation, that the bubble world of Westminster was happy to see disappear. To many Parliament is the Hell, Hull and the lovely Victorian mill town of Halifax epitomise the real England which is such a delight to live and work in. Maybe Halifax’s beheading machine referred to in the rhyme could be set up on The Green alongside the Houses of Parliament, ‘pour encouragé les autres’ .

Whilst in hull I stayed at the original Railway hotel, once patronised by Queen Victoria and as a consequence now called the Royal (book here) and now a Mercure, part of the French Accor group

See my art in the Gallery here and on Facebook