Wrapped in the Flag? 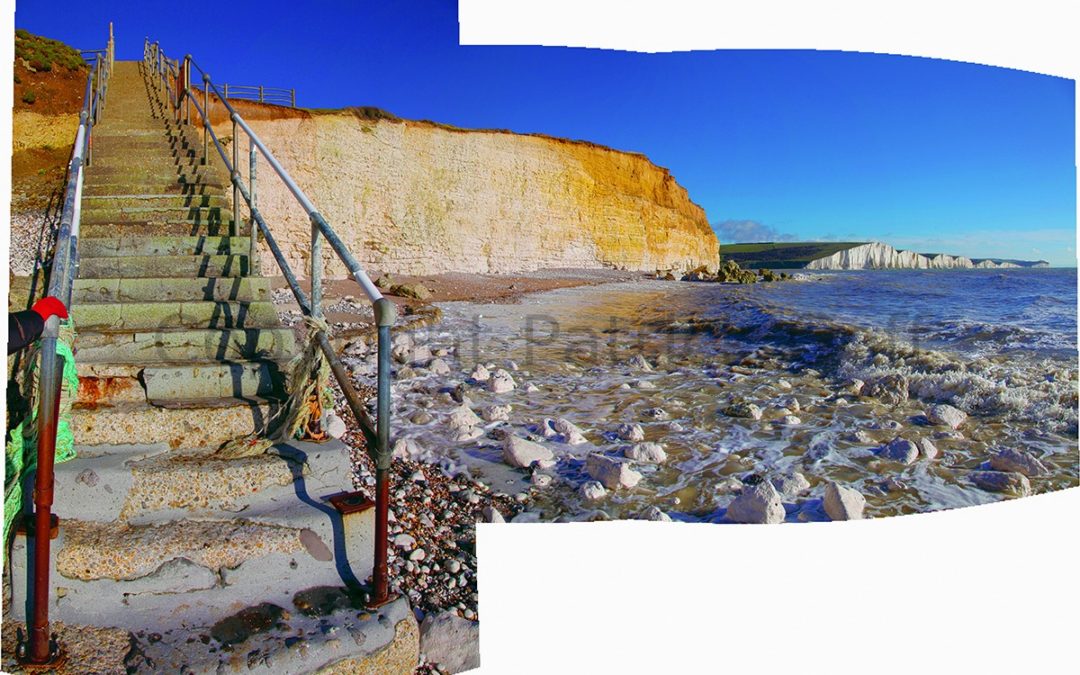 I was brought up a ‘service brat’. I am the son of a man whose adult life, from age 16 to 53 was spent serving his country. My father came from a poor background. Grandma and grandad lived in a council house in Bromborough in the Wirral, just across the Mersey from Liverpool. Dad won a scholarship to grammar school but couldn’t go because he had to go out to work at 14. At 16 he joined the forces as a male nurse. He remustered and spent the war years in the lonely seat in the rear gun turret of Wellingtons, Sunderlands and at the end, Lancasters.

Mum too was a service woman. Her father was a warrant officer in the RAF and she served as a WAAF teleprinter operator. As far as I can tell her family name, Lissamer, originates with refugees from a European war in the late 19th century, probably the Franco Prussian war. A proud Welshman my father brought me up to share his pride in our country, to honour our ancestors. I did not share his contempt for the Victorian inheritance that characterised our cities, but shared his pride in our country. 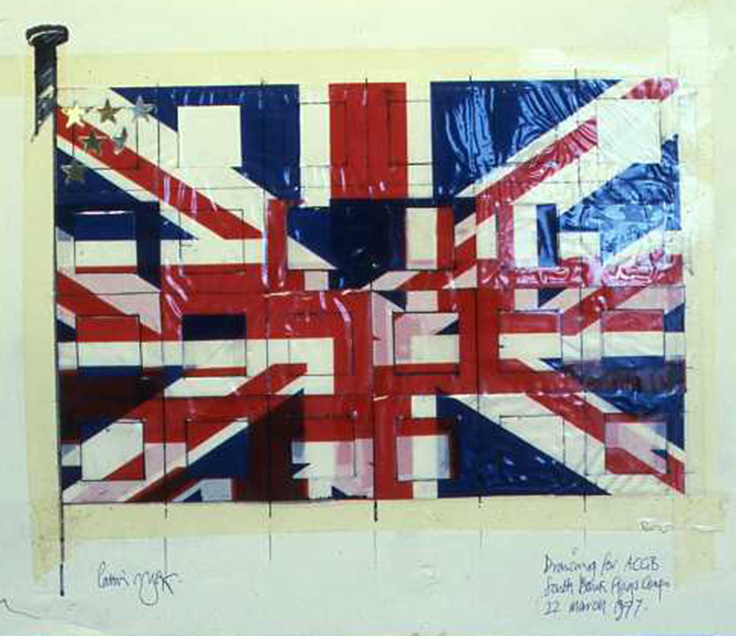 This flag was created for an Arts council competition and exhibited at Festival Hall. Created when there was talk of England becoming too influenced by the US

As a child of course I trailed around his postings as he followed his RAF career. Post-war, the RAF trained him as a physiotherapist and home was Buckinghamshire, Oxfordshire, Devon, Yemen, Shropshire, Surrey, Wiltshire, Cyprus and then to his surprise in the 1960’s I benefitted from Harold Wilson’s expansion of higher education to become the first of our family to go to University. He was pleased with that, proud even, but less pleased when I studied fine art painting. 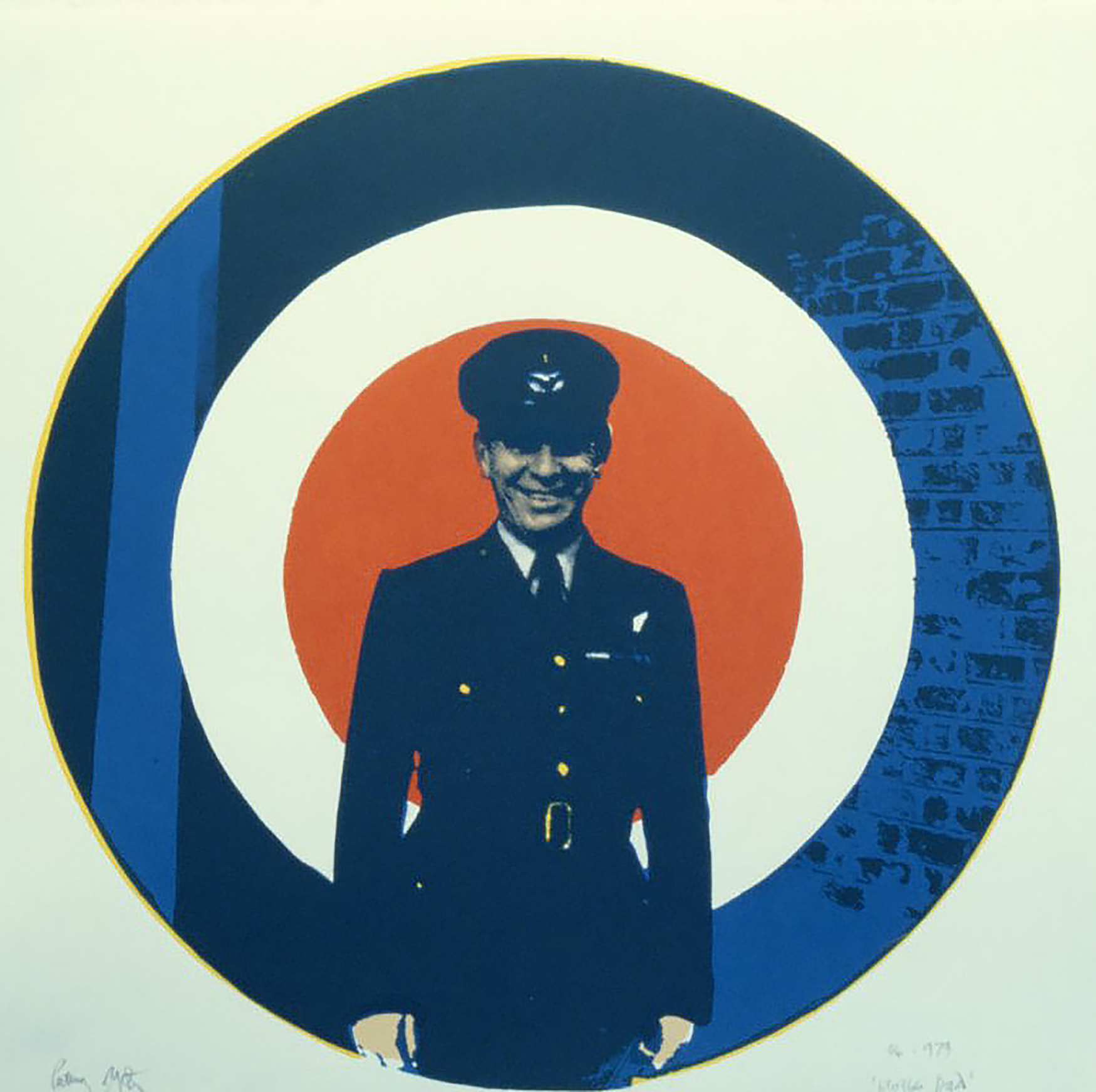 I was an outsider always. Outsider at school quickly acquiring a local accent to avoid confrontation in the playground or violence on the way home, once being pulled off another kid by a policewoman (at age 7) and frog marched home. I was equally an outsider at college, and in many ways have remained a misfit ever since. One thing that I did retain however was a pride in my country and my flag.

I started painting in Brighton and exhibited a series of paintings of the seafront in my second exhibition in 1973. Interviewed on South Today, then the ITV evening local news television, I was taken to task for including Union Flags in the paintings, so the attitude of embarrassment about our flag obviously ran deep in the chattering classes then. They reran the interview when I defended myself, citing Jasper Johns flag paintings in my defence – the second interview ignored the flags. I was fascinated by the relationship between the flags and the sky, in them as a part of the horizon. Blues and whites interchangeable between sky and flag. I was angry that the flag had been stolen by the National Front and thought we should be reclaiming it for ourselves without its nasty associations, right wing associations my socialist father fought against in a war and in his own daily life. Association I fought against in a short-lived political engagement

Acrylic on Canvas, now in a private collection

Running a temporary bar for the TUC conference in Brighton I was challenged by Jack Jones for wearing a Union Flag badge. He demanded I take this National Front symbol off. I argued, but he was insistent I should remove it or leave, only backing down when I pointed out as the licence holder if I left the bar would have to close! Today we seem the same stupidity in political people allowing the English flag to be hi-jacked by hooligans, whilst our Union Flag has become once more a symbol of national pride. Worse we see them navel gazing at the expense of the whole country.

As a member of Barbara Castles Blackburn Labour party in the 1970’s (when Jack Straw was her assistant) I was deeply offended by attitudes towards the voters, constantly being referred to sneeringly as “those who put the ‘lumpen’ into lumpen proletariat”. The attitude forced me out of the party. Our vote this week on leaving the EU has shown that the divide between the chattering classes in London politics and the ‘lumpen proletariat’ is a great as ever.

The neglect of the industrial heartlands by ‘captains of industry’ who I would not allow to captain a rowing boat on a park pond and by the politicians who seem only to care about their own empowerment and glory has bred a justified resentment in voters (see Hull, Hell and Halifax) as they watched industries like electronics, steel, aviation, shipbuilding, the railway industry slip away through lack of investment as managerial wages and ‘professional fees’ ripped out the lifeblood. They have also watched as national treasure has been expended on developing London at their expense, invested in a financial industry that then nearly bankrupted Britain. This neglect is also a part of the sneering at white van man and those who wave the English flag at football matches. 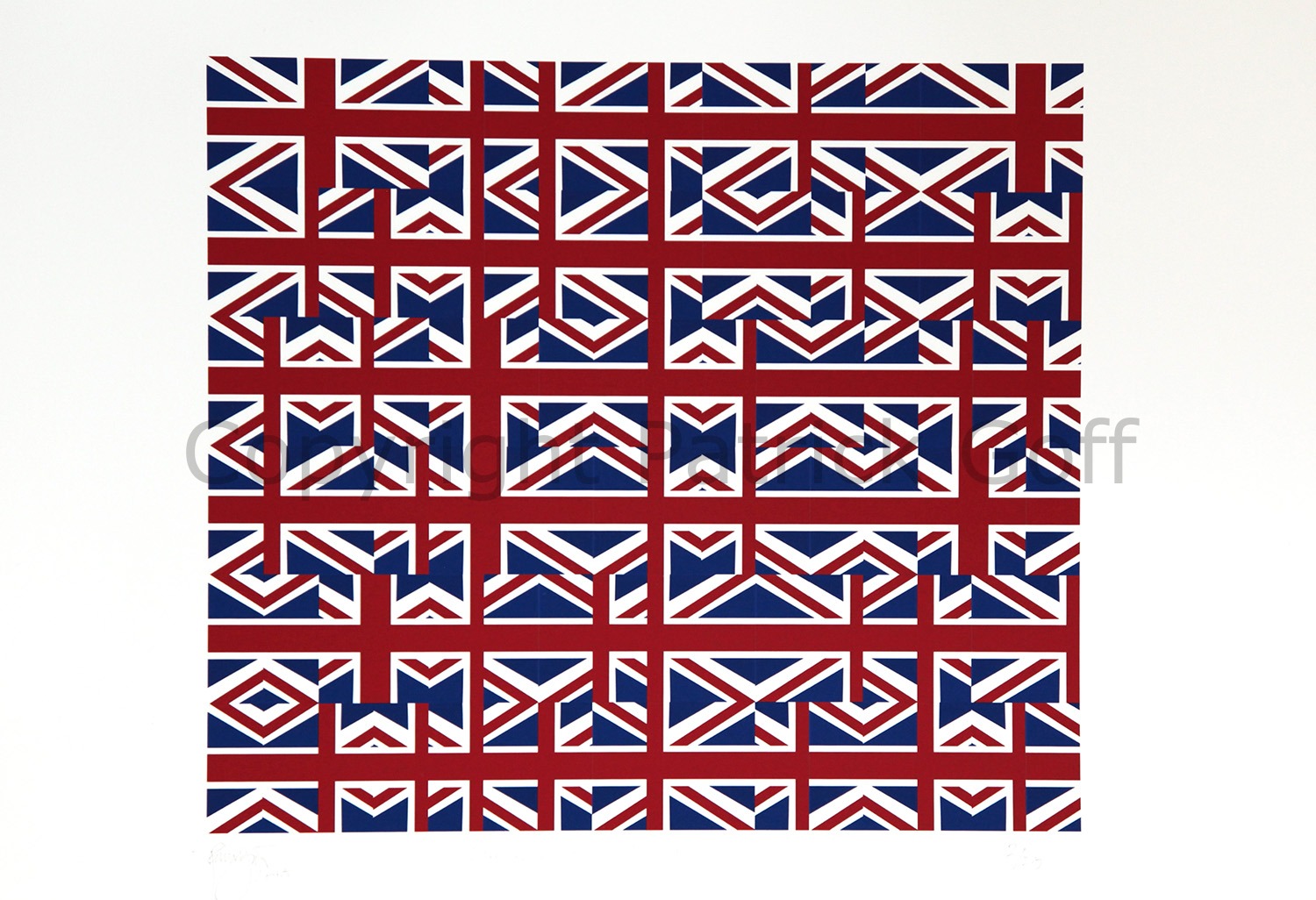 This Fag for a DisUnited Kingdom was created in 1978 is despair at the growing gap between the northwest where I lived and London. Already the death of industries and the rise of immigration was a problem socially in northern towns

How much has the offence given, the neglect suffered, led to the vote to leave an EU dominated by those who sneer at symbols of national pride? How much of the vote is due to the insufferable sense of superiority of those we have so badly educated in our public schools and Universities? The socialist state enables the appearance of caring whilst chatter is of the underclass and glasses of wine or lines of coke are consumed (it seems London is now the global leader in the consumption of cocaine).

Will the vote cause a refocussing of the minds of capitalists and politicians, or will they simply flee the country as bankers are apparently set to do now? If they do then we Brits will have to do what we did in the last century after calamities, and pull ourselves up by our own efforts, by our bootstraps once more, shouting good riddance to them as we do so. After all what did they ever do for Britain except destroy our industries and help bring down the global economy?

The challenge that faces us now is to rebuild the whole of Britain into a country where we can again proudly fly the flag. Where investment in Burnley, investment in Rotherham, investment in Newhaven, investment in all our decayed towns and infrastructure will rival the billions being poured into London and other homes of the glittering, eternally chattering, classes. Maybe then we’ll know that the state apparatchiks care not just about the poor but about all our citizens, all our towns and once more we can be proud of being British.

See my art in the gallery