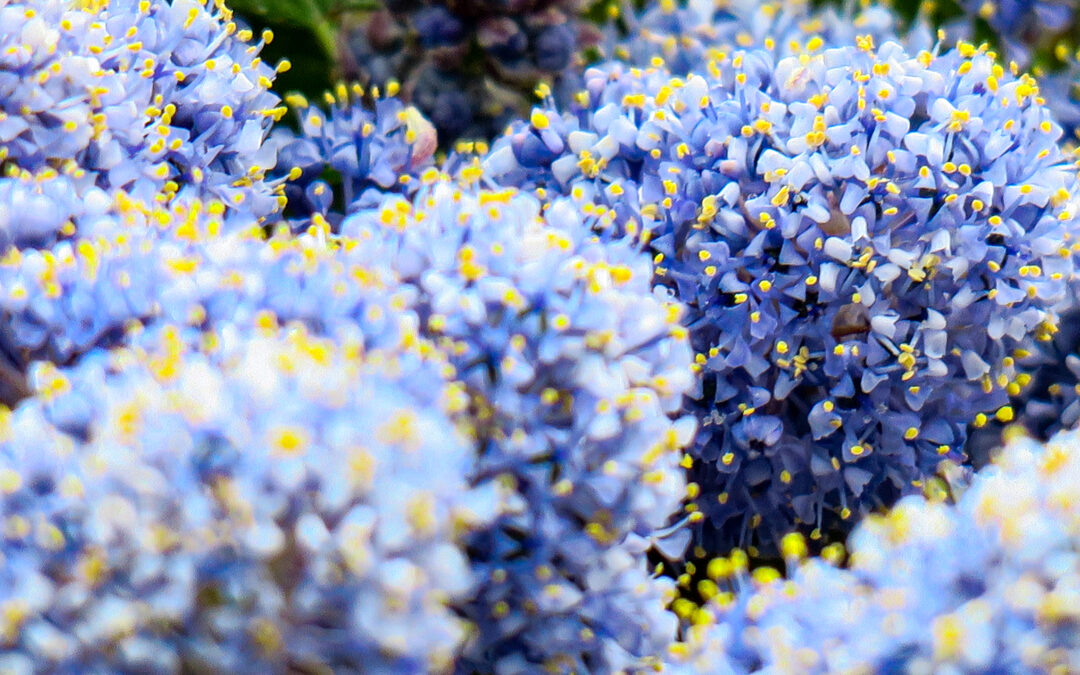 “In visual perception a colour is almost never seen as it really is – as it physically is. This fact makes colour the most relative medium in art”

All the above from ‘Interaction of Colour’   1963   Joseph Albers

The last month has been so blue in so many respects. “Songwriters use blue as a metaphor for melancholy so much and in such elaborate ways” wrote critic Stephen Males in the Guardian many years ago. There is a misty melancholy in J. A. Whistlers blue toned painting of Battersea Bridge. There is the blue of the gardens and woods with the various varieties of bluebells. Then the blue skies of an April without showers. My feelings as the operation to free my nerves from a partially collapsed spine, waiting, waiting, were also Blue. 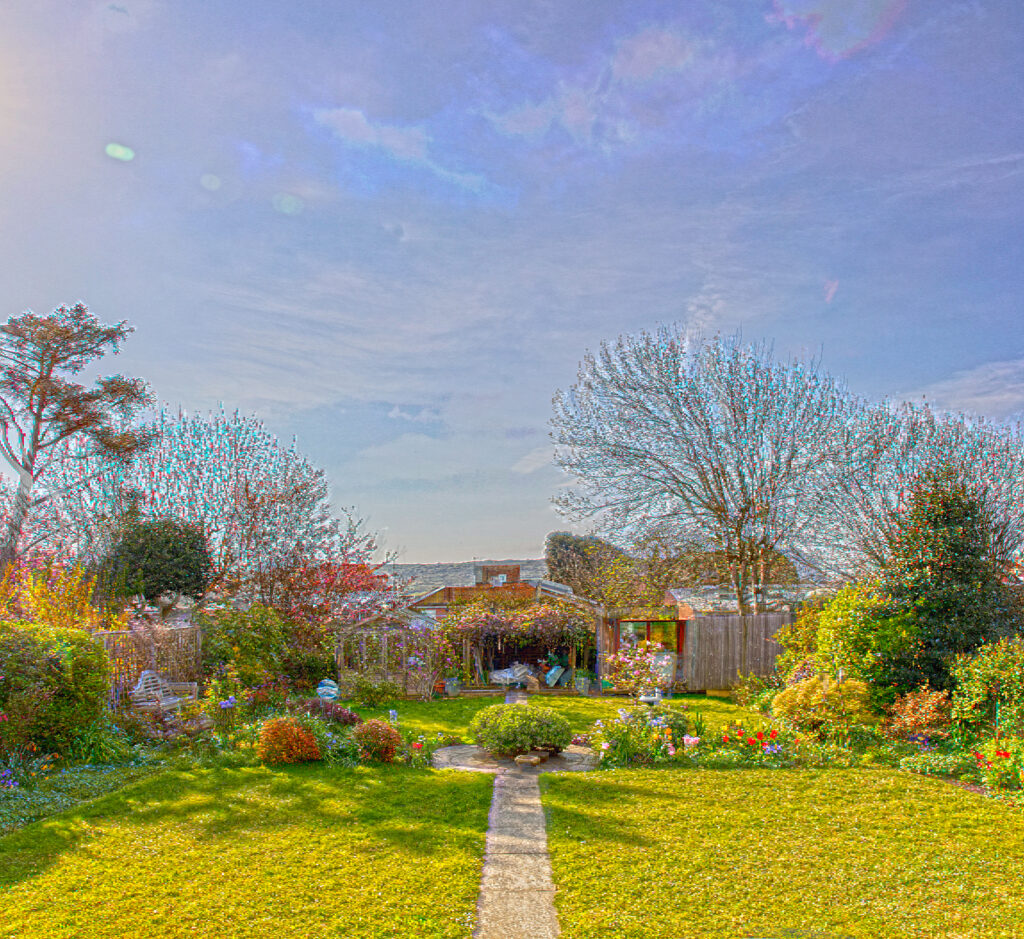 The blue skies of an April with virtually no rain. This an amalgam of images throughout the month

On April 18th last year I was discharged from hospital after having two stents fitted to a damaged heart. Damaged by what you may ask. Too much living? Pfizer’s COVID vax? Don’t ask me what goes on inside there, whatever, it was fixed, Such is Life. But it meant the operation to fix my spine was postponed for a while. Then it was rescheduled. Then it was cancelled again. Was it any wonder I was feeling Blue?

Almost a year to the day, on April 19th, 2022, I was finally admitted to have my spinal stenosis ‘fixed’. Was my journey necessary? Over the year my mobility deteriorated further. No longer could I walk very far, so my research trips to the Cuckmere ceased, indeed my working in the studio started to become problematic as I could not stand for long. Working in a studio on canvas or works on paper is surprisingly strenuous it seems. It was becoming more about my avoiding a wheelchair. This was a bit more than my trip on pot that happened 6 months before out of the Blue. 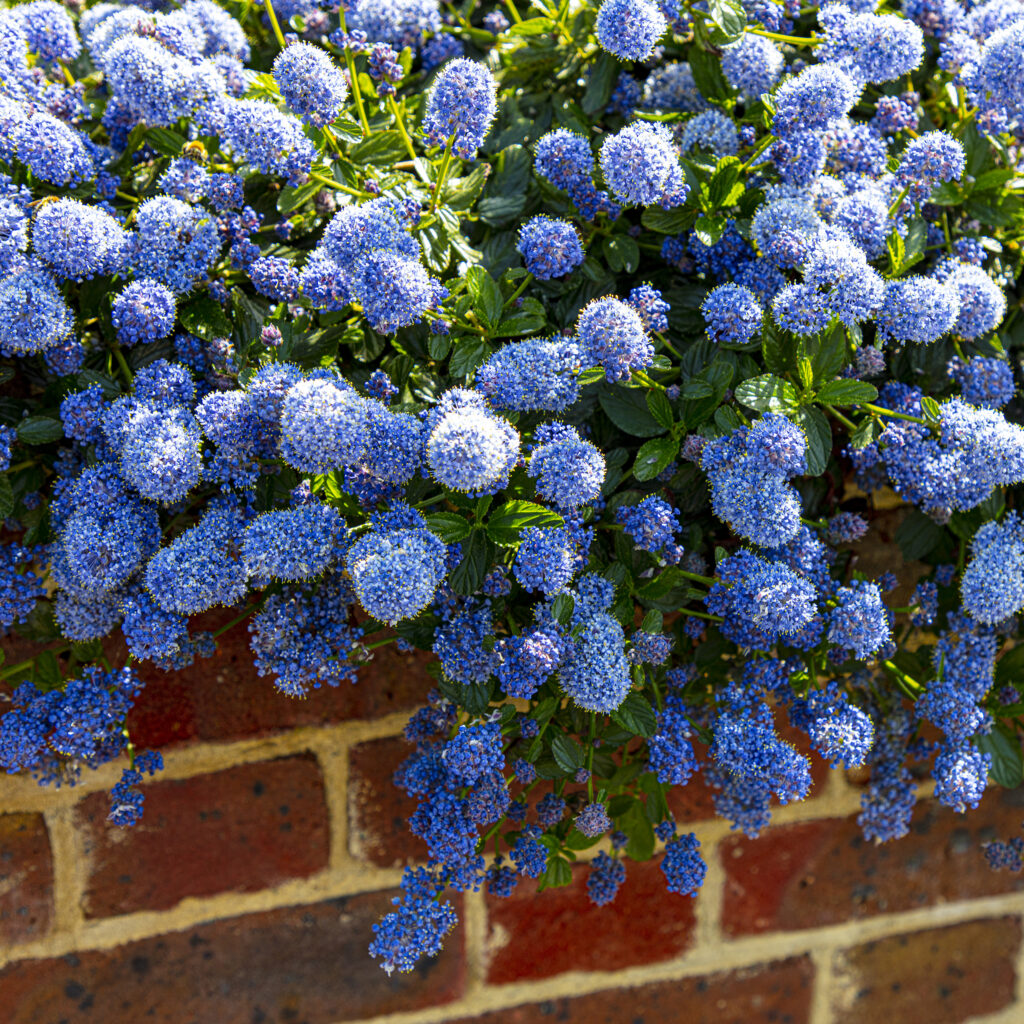 So there I was. Flat on my face. Out of it. Intubated so a machine did my breathing for me. A man with a knife cutting open a four-inch length of my muscle to reveal my spine. So OK he was a surgeon for whom this was ‘routine’. Not bloody routine for me, cripes, anyone going into my back with a knife – sorry, a scalpel – is far from routine! I was only in for 36 hours before being taken home, stitches in my back around bruising already turning Blue.

Day two was worse as every muscle and nerve ending relearned what it was there for. I rang the surgery looking for pain relief. ‘Call the hospital, you’ve only just been discharged’ – then hospital response couldn’t help, ‘ring your surgery’. Surgery panicked, said it was ‘beyond our competence’ , advised to call an ambulance! Partner scooted off to see if a chemist could give me some pain relief, and then my brother rang. A pharmacist in Yorkshire he calmed me down, got over his own shock and horror at the NHS failure to help and talked me through what was likely happening. Gritted teeth, Co-codamol and calmness, pain, but slowly improving, then just feeling black and Blue. 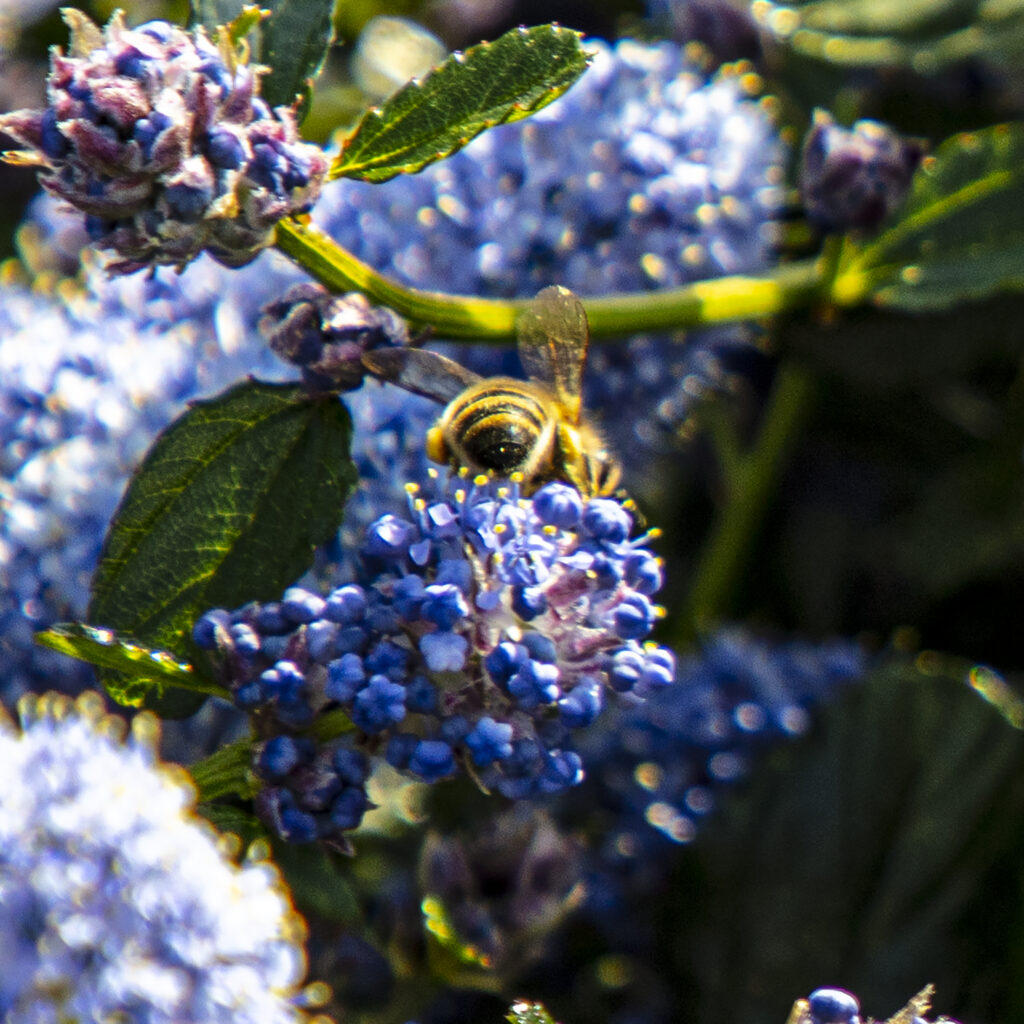 Busy as a bee I would like to be

So here I am three weeks later, sitting in the garden taking in the beauty of the world around me ‘seeing the world in a grain of sand’(actually the spoil heap from the ants building a nest in the patio) and the ‘universe in a flower’  as William Blake reminds us. In both front and back gardens, the bluebells are almost dead the tulips turned inside out, the irises gone over, the daffs disappeared, the apple blossom setting into seed to become apples. The star turn of this act in the show is the Ceanothus in all its brilliant versions of Blue. 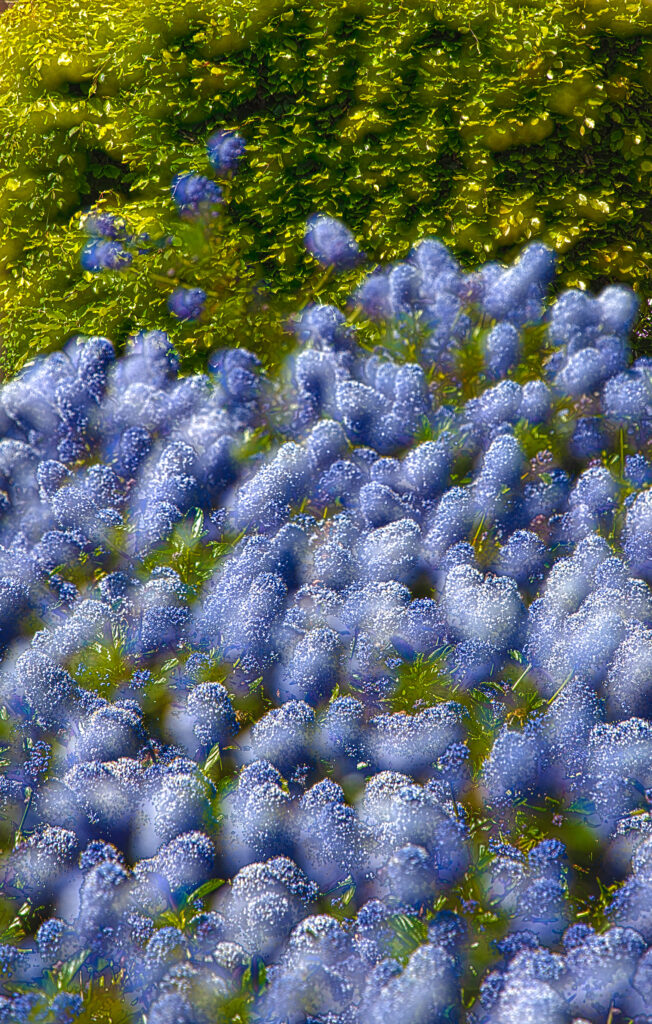 Not only has it the variations of blue but its subtle scent smells like a jar of perfumed honey. The bees love it. We have allowed the lawn to grow since April 8th, doing almost ‘no mow April and no mow May’ as the environmentalists suggested. Has it attracted more insects? I don’t think so – why would they come to eat in the equivalent of the Food Bank when there are loads of free restaurants around called the flower borders? There has been something in bloom since the turn of the year and the first roses are coming into flower now. Four kinds of butterflies have been past, moths, hoverflies and bees of many types have appeared ( it took me a while to realise there were different brands of bees much as it did with zebras). All of them love the ceanothus Blue.

So where does that leave me, 3 weeks on from the latest operation? I am slowly recovering. Having to be careful. Stitches came out two days ago. I am restrained from trying to work in the studio, or carry, lift anything and banned from driving for another 3 weeks. Such is Life. I am working though. Processing photographs, sorting out work and my work programme towards Septembers ArtWave and Cuckmere show  Dates this year are 3rd to 18th September, put it in your diary now.   You will come and see me won’t you – 200 came last time. Come and talk and enjoy looking at the work and maybe something will tempt you to buy? Come any way, ‘cos if you don’t, well, I shall feel Blue… 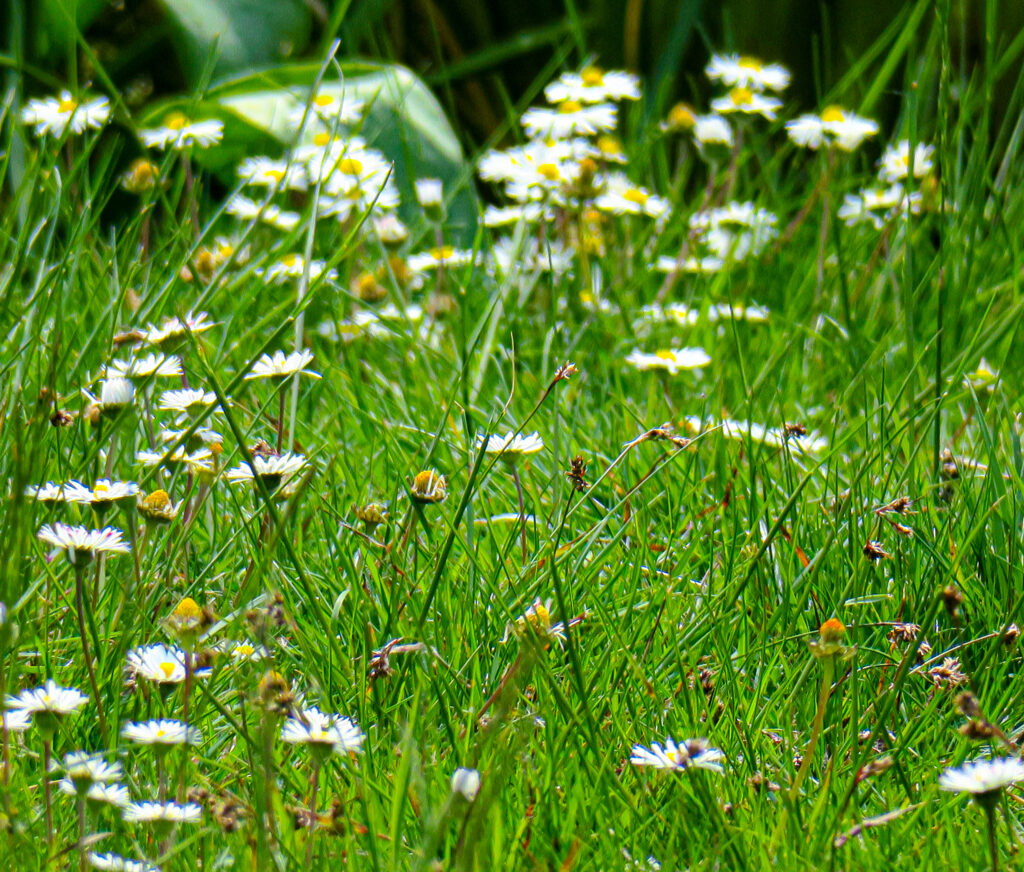 the ‘no mow’ lawn

Oh, and I will have cut the lawn by then…. 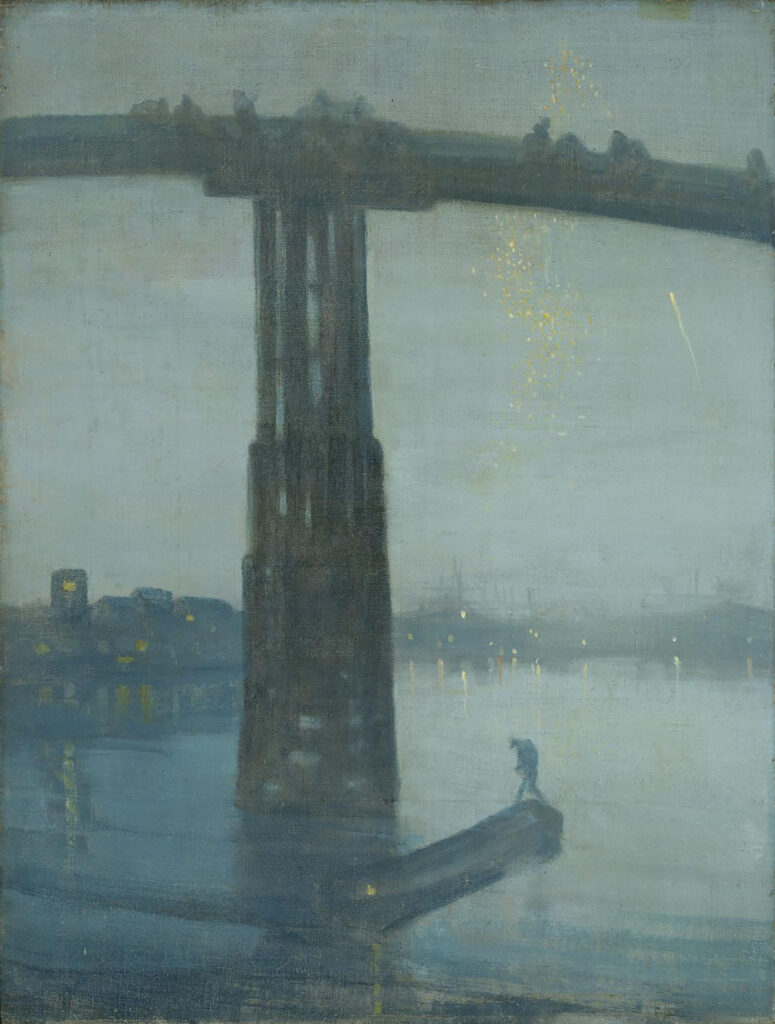