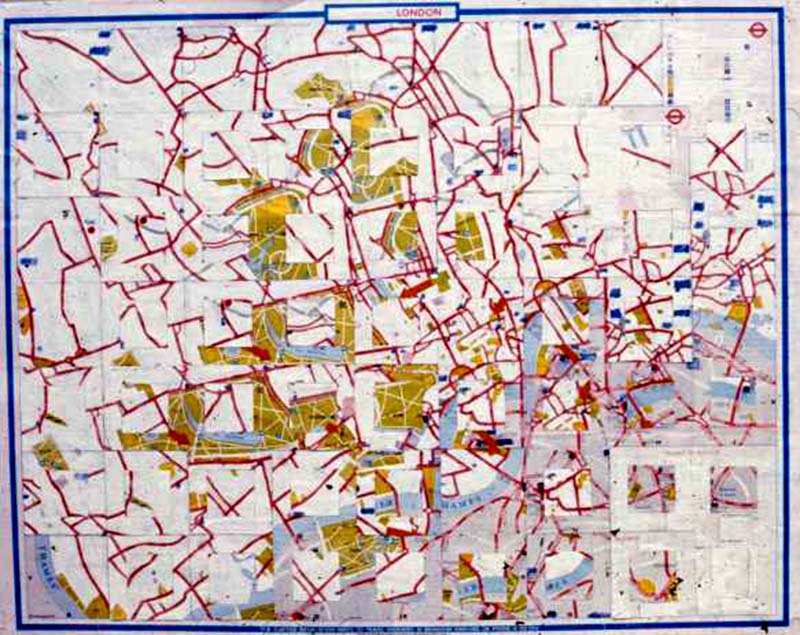 The news that London is the most popular tourist destination on the globe will come as no surprise to Londoners. It comes as a  mixed blessing for those who have to endure never ending crowds of rubber-neckers, people carrying rucksacks larger than themselves on the tube and baffled travellers desperately trying to make sense of bus and tube maps blocking the pavements. Yet tourism has reversed a decline in the city, along with Margaret Thatcher’s ruthless enabling of the redevelopment of Docklands.

‘When I were a lad’ of 15 or 16 I used to come to town and stay with my auntie and uncle who lived in a flat in a Battersea block adjacent to the rail track between Victoria and Clapham Junction. Sleeping on their floor I would hear the occasional scream of jets as a Comet or Boeing 707 flew its approach to Heathrow, drowning out the rattle of trains going in to Clapham Junction which in those days proudly carried a board announcing it as ‘the busiest railway junction in the world’ a position now usurped by bustling stations in larger cities in India and other global growth centres.

I was lent a camera, a 120 roll film Leica, which I wandered around London with, a habit that has persisted over the years. London in 1964 was on the verge of a revolution, a social explosion that involved the whole of society, and which we are still trying to come to terms with today. In real terms the war years were behind us, and Britain was in the throes of casting off imperial pretensions. Our politicians made a memorable mess of this but for me then, the British aircraft industry was still a global leader, cars on the roads were still largely British in every way, rail was still British (and steam) and ships were still being built in British shipyards.

All this was swept away by a lack of political and industrial leadership, a decline that continues, but with so little left to destroy we can hope that the process has stopped, despite the best efforts of the ruling classes.

Looking towards Parliament from St.James’s – actually probably taken from the top of New Zealand house, then the tallest in the area

So my images are of an age of innocence, mine I suppose, and London’s too or at least the London I saw. I was in wonder at the city. My uncle ran the biggest wine shop in the West End and I would go with him on his sales round along Fleet Street, up Ludgate Hill and along to St Pauls. Over the years I used my mental map to walk the city and have patchily and randomly recorded the changes I saw. 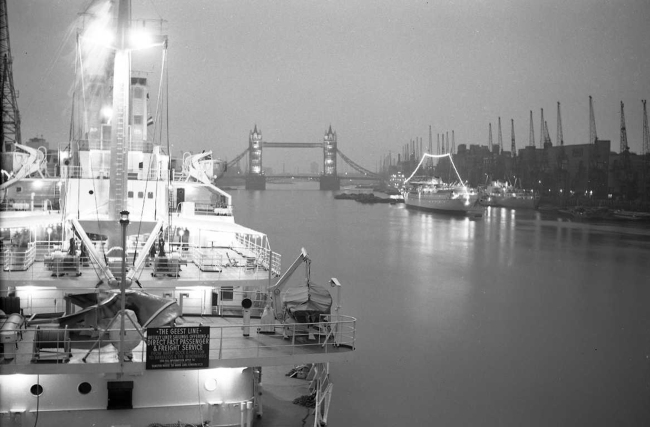 Geests Banana boat was the way to get to the Caribbean in 1965. This is the Pool of London when it was still a cargo hub

“Sir, if you wish to have a just notion of the magnitude of this city, you must not be satisfied with seeing its great streets and squares, but must survey the innumerable little lanes and courts. It is not in the showy evolutions of buildings, but in the multiplicity of human habitations which are crowded together, that the wonderful immensity of London consists.” – Samuel Johnson 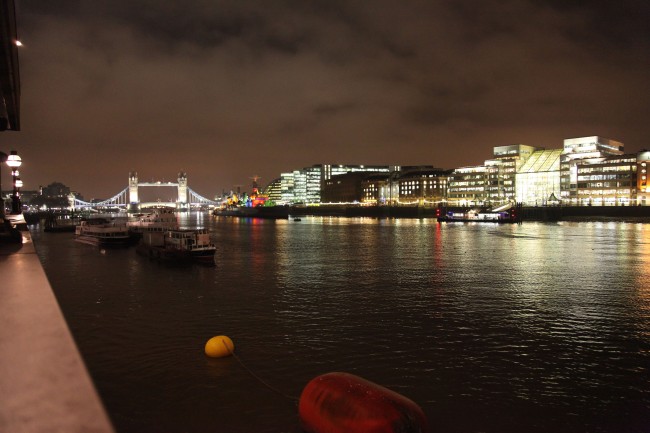 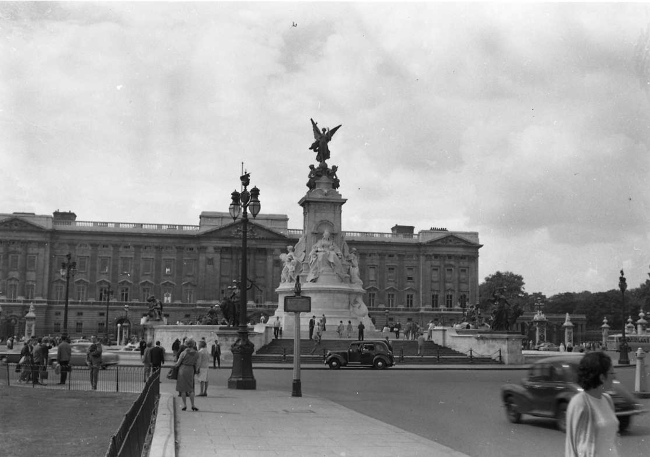 Monarchy has been a constant despite the venom from the socialist left, many of whom like the Kinnocks have enriched themselves as they have helped to impoverish the nation

I can understand London’s status as a tourist destination. So much history is here. The spang marks from shrapnel in WW2. The plaque that marks where the first bombs fell on the City in WW1, marking the beginnings of dreadful unrestricted warfare in the 20th century. The markers for the execution dock where pirates were hung in chains and the plaques which mark the homes of the famous and infamous and the now largely anonymous. The street patterns are Saxon, and walls are Roman, and to be in London is to be aware of a tide of history that still sweeps the human race to and fro.

Looking across the river – no Haywood Gallery or National Theatre, the chimny of what is now Tate Modern the tallest, along with St. Pauls

I could never get my head around bus routes, always and still finding them confusing. The red spots are horse troughs where routes terminanted (often pub, which frequenbtly had stabl yards). Even bus routes are rooted in history

As Samuel Johnson said in 1777: “Why, Sir, you find no man, at all intellectual, who is willing to leave London. No, Sir, when a man is tired of London, he is tired of life; for there is in London all that life can afford.”