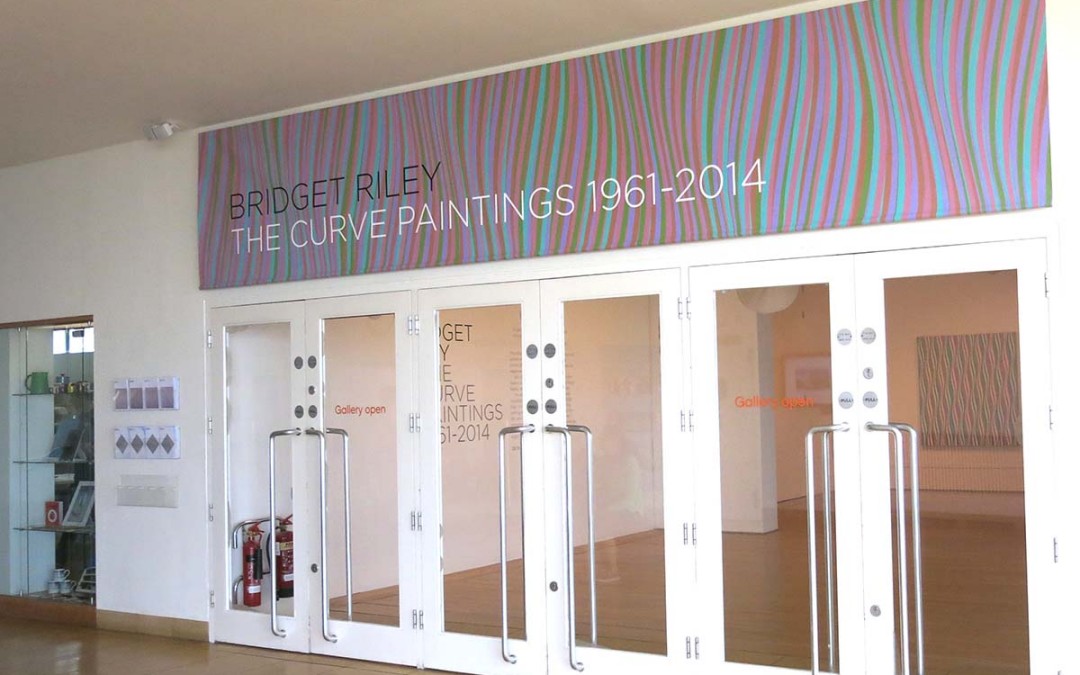 When I went to art college in the mid 1960’s the big art movement of the day was so-called ‘Op Art’, with Bridget Riley paintings being pirated for use on everything from dresses to carrier bags. Many of us as students played with the systems and ideas contained in not only the work of Riley but also in the work of Victor Vasarely with roots in the past – including the work of Albers and Moholy Nage at the Bauhaus, and Wyndham Lewis’s dazzle ship images of the early 20th Century. 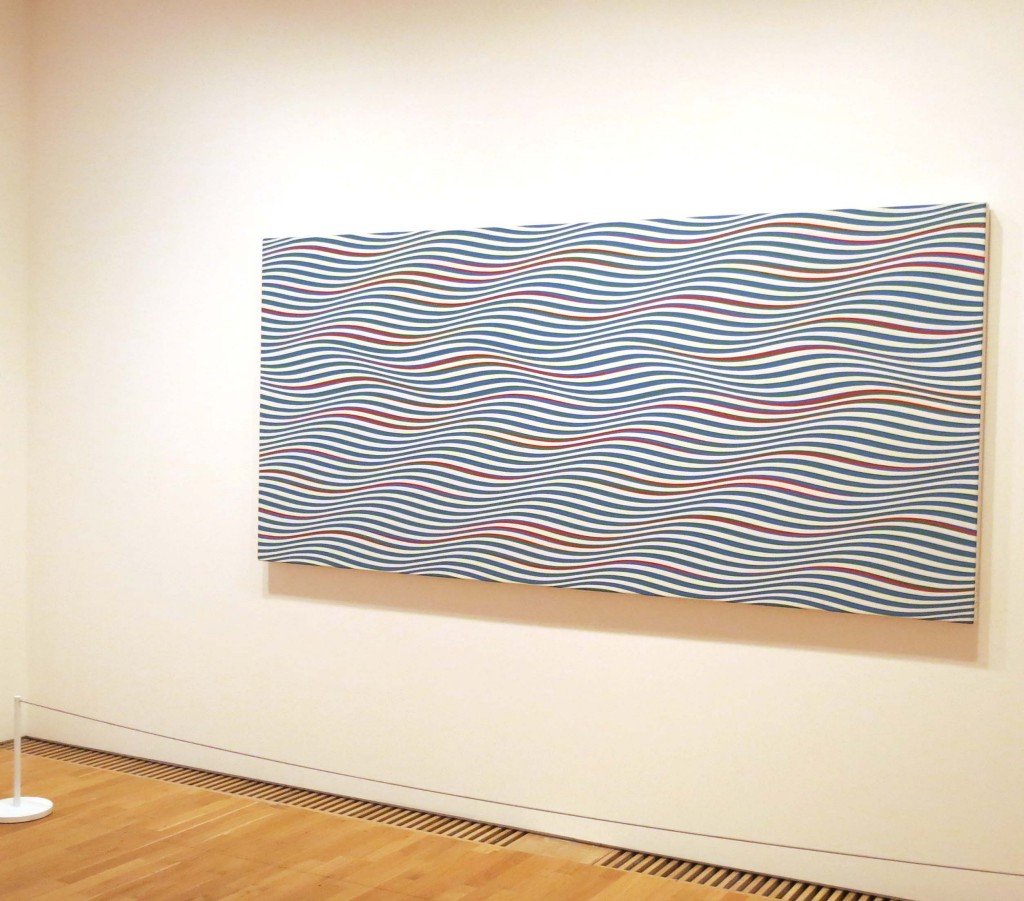 To this tradition Riley brings not only a continuous steady exploration but a delicate sensitivity to colour and tone. I was initially influenced by her work and that of Vasarely, but it was her use of colour that has had the major impact on me. The exhibition at the de La Warr Pavilion in Bexhill-0n-Sea explores this development in a linear way from the initial disturbingly disorienting black and white images through more disturbing curvilinear colour work to the calmer more lyrical recent works. 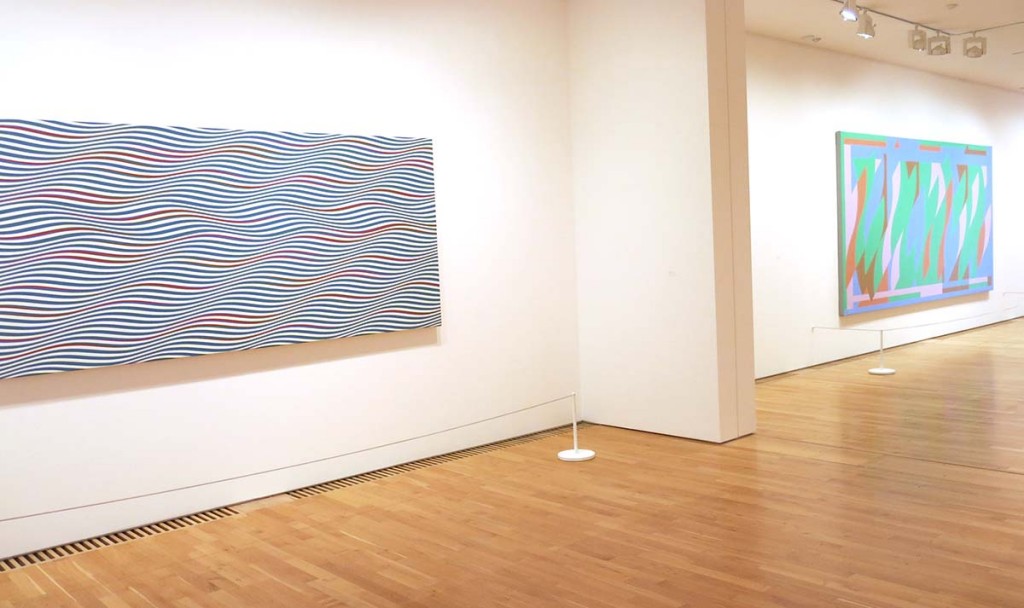 In 2003 there was a major retrospective of Riley’s work at the Tate, and she has long been recognised as one of Britain’s most important post war artists with an impact that has been global. It is said that when an Empire goes into final collapse there is a brief creative flaring, reflected in British art of the last 50 years. Great artists have emerged from England in this period including not only Riley but Caulfield, Hockney, Blake, Hamilton, etc., alongside sculptors such as Caro and Hepworth and creatives in the design industries. 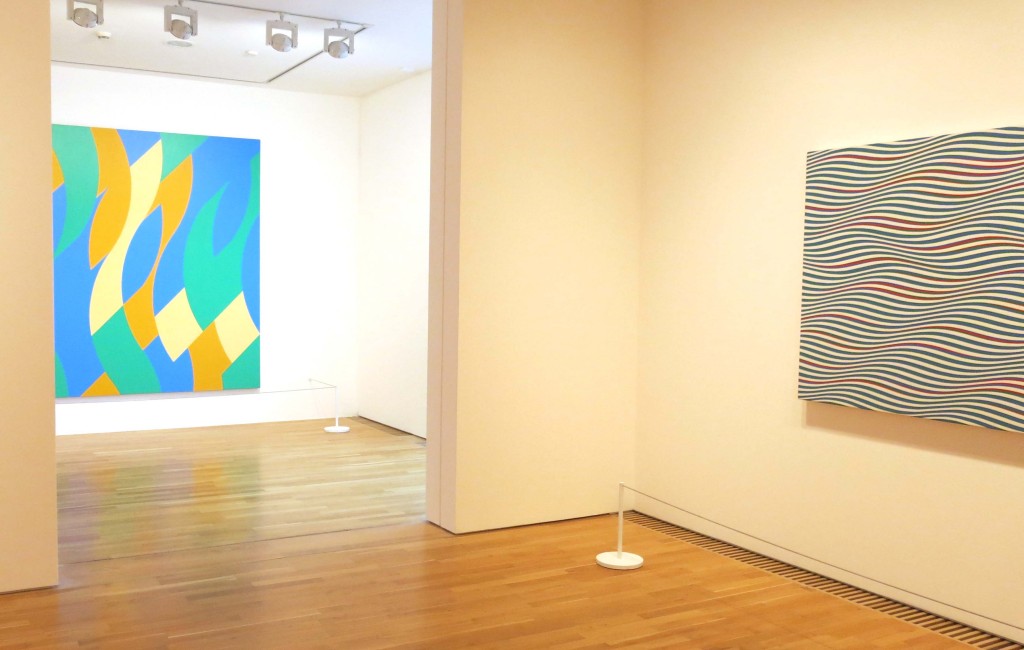 The show at the De La Warr is small and yet manages to encapsulate the development of Riley’s work well. A dozen or so paintings and a delightful selection of drawings show clearly the development of her ideas and offer an insight into her methods. The De La Warr is a lovely space in a great building (worth the trip to Bexhill on Sea on its own) but what enhances this show compared to the much more comprehensive show the Tate staged a dozen years ago is the lack of crowds. This enabled peaceful contemplation of the works without interruption, unlike the shuffling queues experienced in the crowded London venue.

One of the small selection of drawings

Supported by an excellent catalogue the show is well worth a jaunt to the South Coast, from where it moves on to the Gemeentemuseum in the Hague 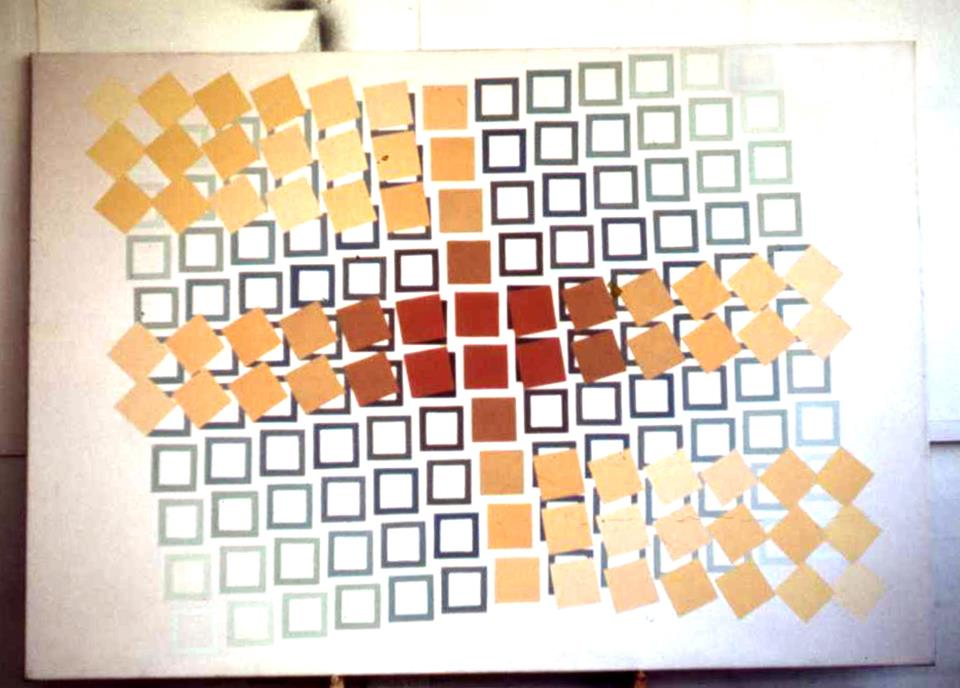 Painted in my final year of study at Corsham, the influence of Riley is clear (forgive me Kidner, Heath, Hughes etc..)