Ringing Remembers One Year On 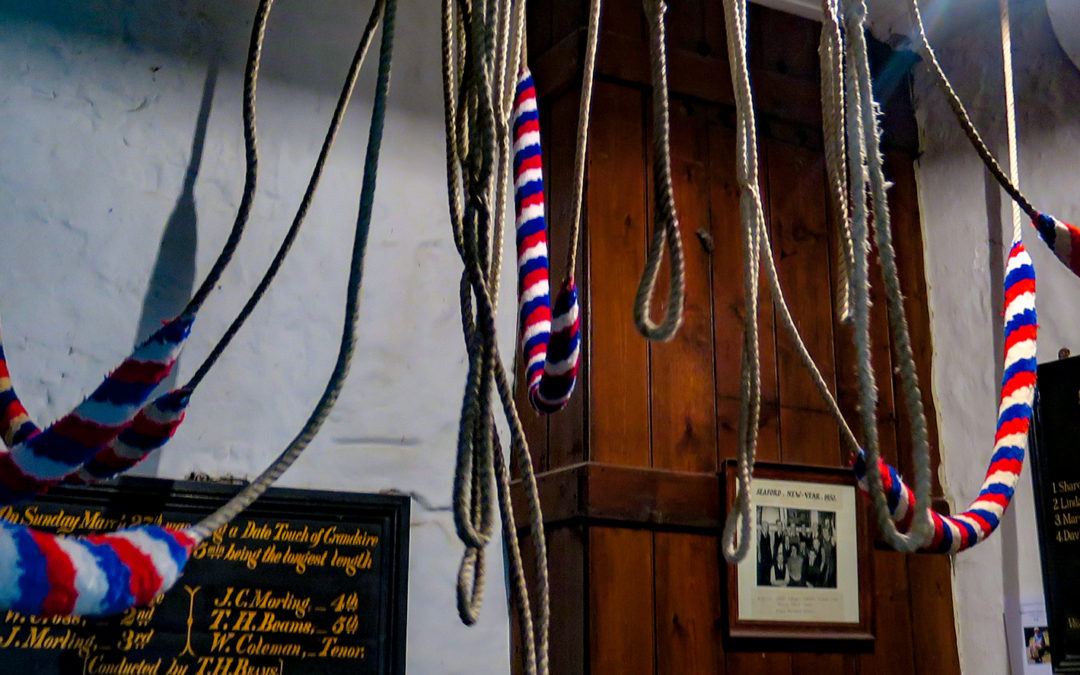 A year on from first attending a ringing practice. Time passes, and milestones drift by. I was one of the 3,000+ people recruited to take part in the global Remembrance ring for the 100th anniversary of the outbreak of the First World War in which over 1,400 ringers from British bell towers perished. I wonder how they would view our country now? Would our current leadership inspire the same sacrifice from us? Of course, in the bell tower discussion is of why both hands still don’t come together properly at the bottom of the back stroke and why pull so hard – probably much the same as the conversation would have been in 1913, far more important than the maunderings of morons at Westminster. 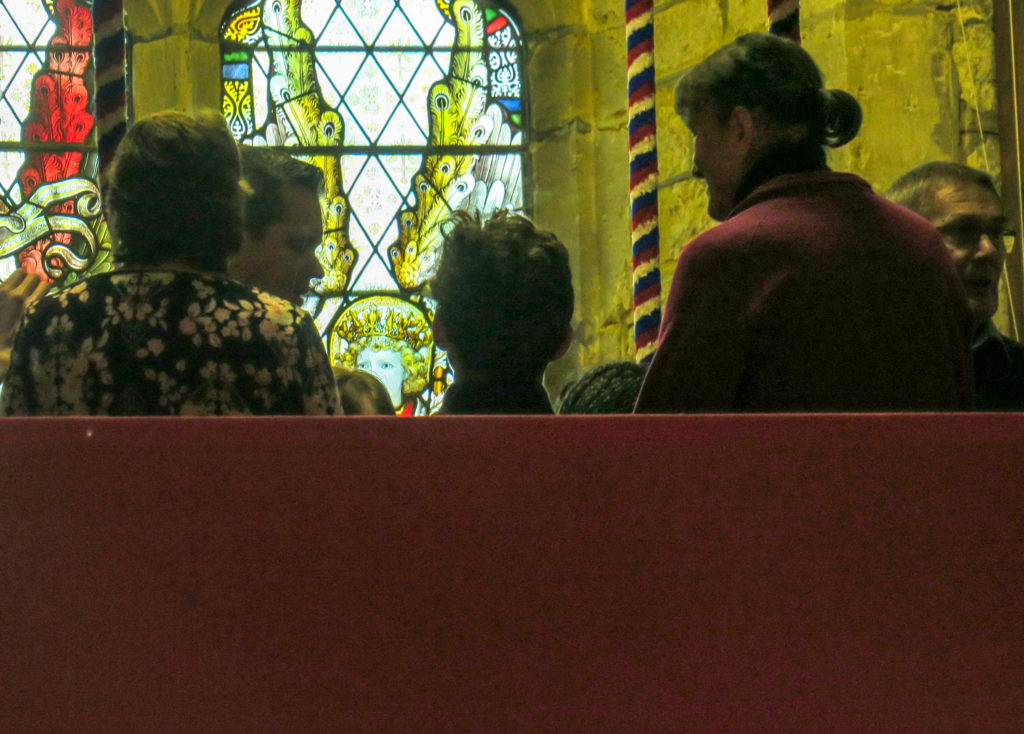 I can stand a bell now, on back or hand stroke. I can ring in ‘rounds’ and ring ‘changes’ and have even had a go at ringing ‘Plain Hunt’ on the ‘back six’. See what I did there? I spoke a little ‘bellvish’ – the language of bell ringers is a little like the elfin language in Lord of the Rings. My fellow recruits are in some cases way ahead of me, most about my level of competency. It is annoying that Liam at 17 learns so easily, rings with such confidence whilst at 72 I still struggle slowly along. Debbie, our Tower Captain and teacher says its ‘cos the young accept whereas we ancient ones have learned to question and want to know why.

I remember my dad and my uncles teasing me as a ten-year-old because I was perpetually asking ‘why’ all the time. Seems somethings don’t change as I age. I look on the one of the benefits of learning this new skill as a way of keeping my mind developing as well as helping physically – not just the ringing but those damn small steps on the 56-step spiral staircase or clambering amongst the bells removing dust and putting on the mufflers for Saturday morning sessions. 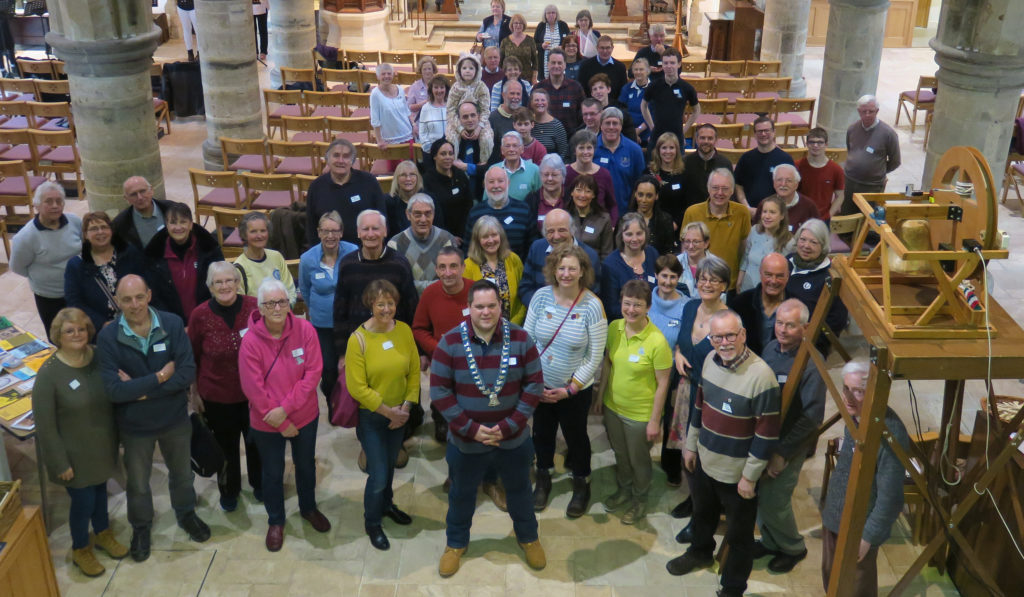 Ringing is not about strength, because the weight and momentum of the bell does most of the work, it is all about control. Pull too hard and you end up fighting the bell instead of caressing it. As am learning. Pulling too hard caused a slider to break as I described in Dead Ringers 2. A rite of passage I was told and was consoled with stories of other disasters. You know how it is, you dismiss this as ‘comforts’ not real. I did, until I met the lass who broke back stays on three bells in three different churches on the same day. She is still ringing too and enjoying it. This is not a craft without risk as one of our tower found visiting another church when a rope whiplashed and broke her forearm 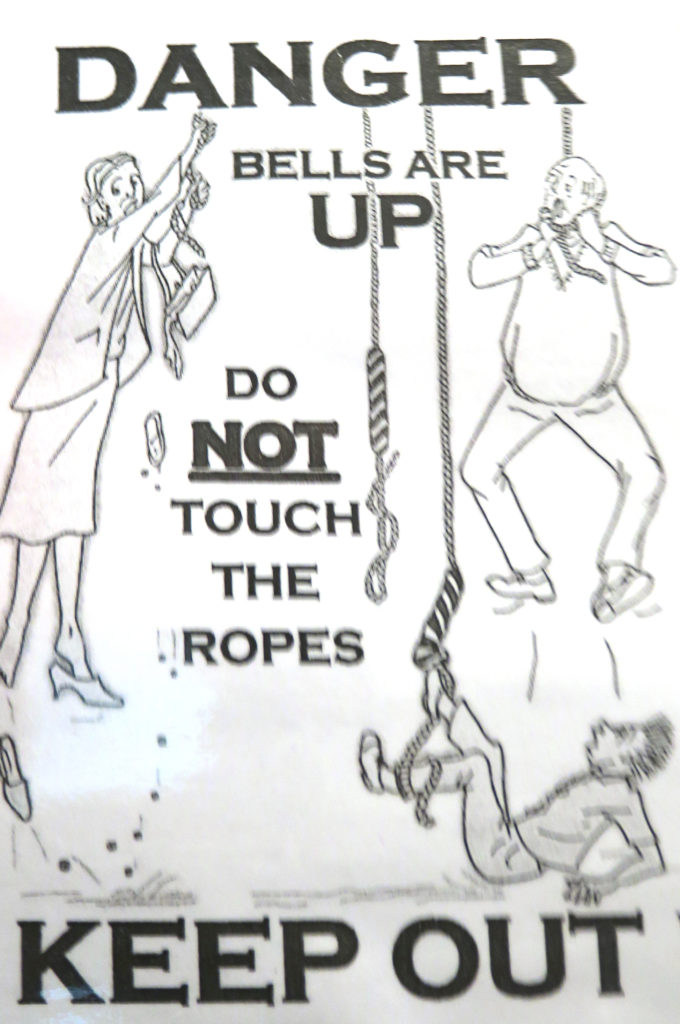 So ringing has had its moments of excitement. Not just actually ringing on Remembrance Day, although that was quite a moving moment. There was always something happening. The first time I rang tail and hand stroke together. The first time I missed the ‘sally’ and learned to regain control – and on more than one occasion too, the product I have come to realise, of my pulling too hard. I am still learning. Still progressing but most of all really enjoying the experience. Sometimes three times a week I climb into the tower and join the band. 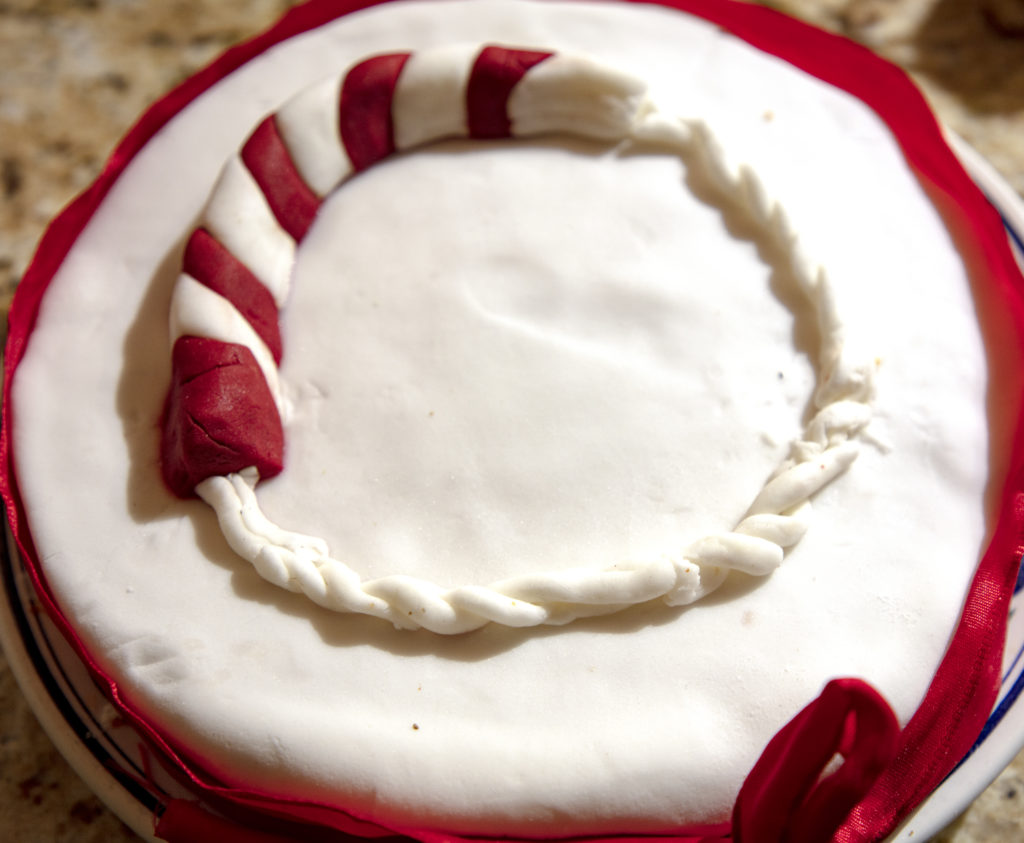 This week in 2019 was special. It marked the first anniversary of my attendance. How else to celebrate anniversary? A cake of course, iced with the image of a ‘sally’ and rope on the top. Debbie had the three learners able to attend that night practice all ring Plain Hunt marking our first year with an achievement none of us is sure we can repeat. 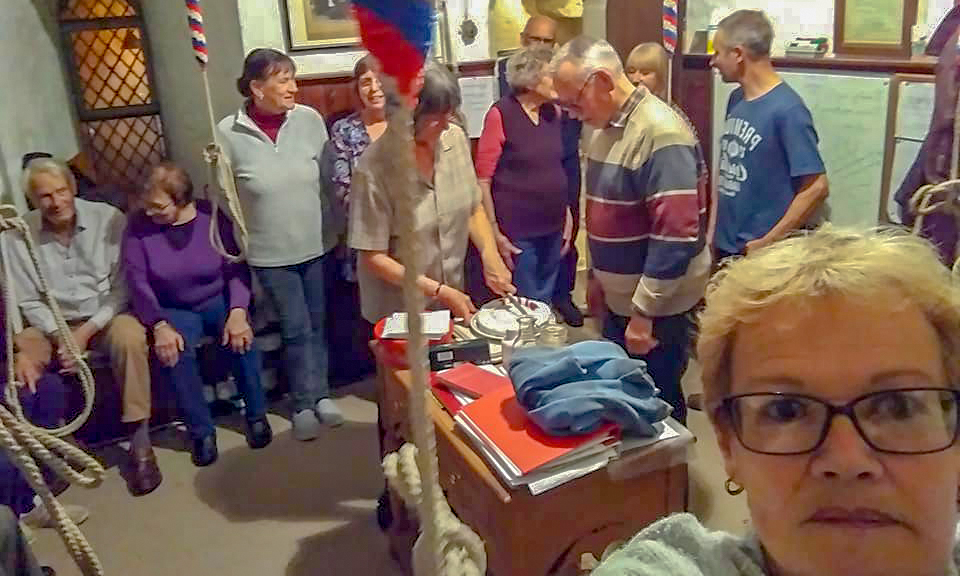 Debbie takes a selfie as Gretta and I ponder how to cut the cake into 16 equal slices
There are still ringers being recruited. There are always things to ring for. This great tradition has, as a result of the Ringing Remembers campaign, breathed new life into previously quiet towers. I look forward to the next year and the next challenges. First of which is to get my hands in the right place and not pull so hard! Yes, Debbie I will remember to breathe too… Thank you all you ringers, everywhere, but especially those in Sussex towers who didn’t wince when they saw me coming through the door – or didn’t show it anyway.