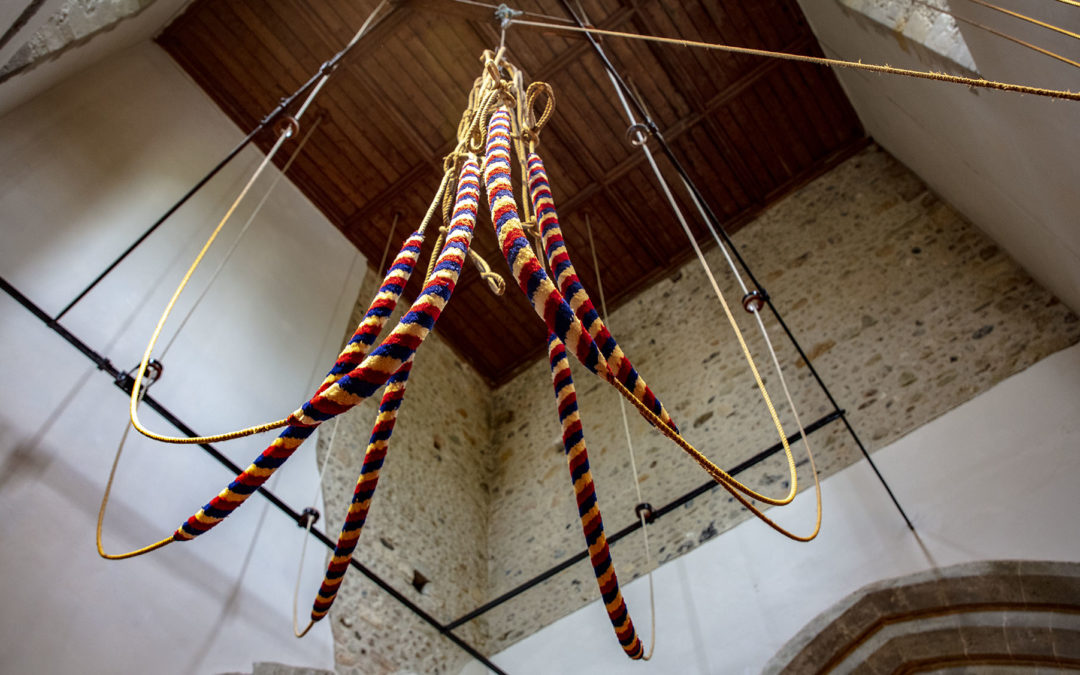 It’s monumental. In WW1 1400 of Britain’s bell ringers died. What more fitting way to remember them than to recruit 1400 new bell ringers and have a ’ring-in’ on November 11th on the anniversary of the War? Monumental ambition wants a national muffled set of rings in the morning followed by full blast ringing of ‘changes’ in the afternoon. A campaign was started to recruit 1400 new ringers. My other half saw it mentioned on a local Facebook page and suggested I have a go.

My uncle Reg Lissamer was a bell ringer in Churston Ferrers in Devon, where my mum was born, for over 40 years. As far as we can tell the Lissamers were refugees from Belgium – not from WW1 but from the Germans in the Franco-Prussian war at the end of the 19th century. In a sense I was continuing a family tradition by going along, which I did with enthusiasm and trepidation in equal measure. However, I wasn’t quite prepared for the sense of History that would envelope me once I entered the bell tower. 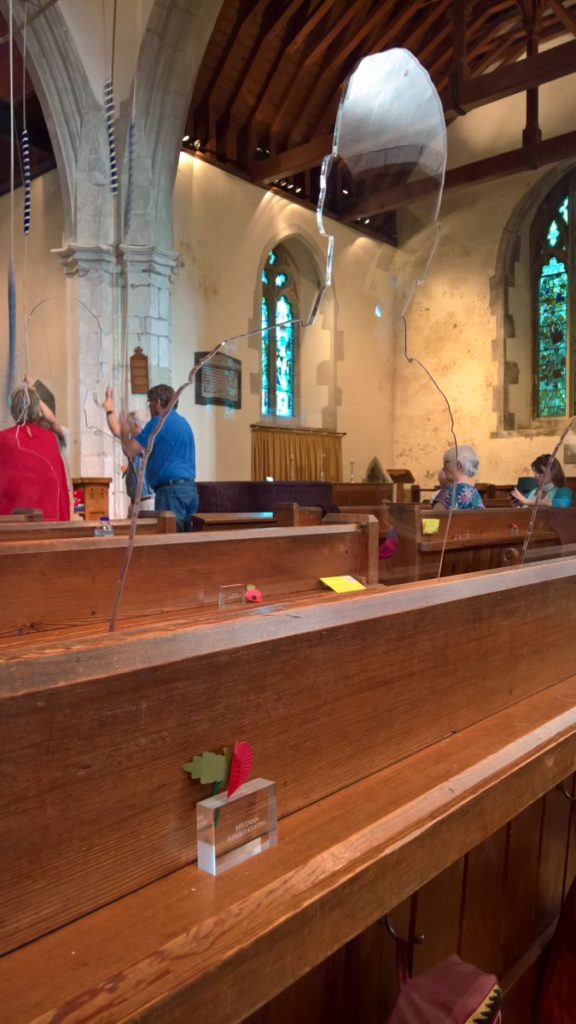 Ghosts inhabit the church in Alfristson

The sound of bells ringing is deeply rooted in British culture, and there is a lovely history on the web. Almost everyone in Britain lives within hearing range of bells. They provide the grand soundtrack to our historic moments, call out for our celebrations and toll sadly in empathy with our grief. There are over 5,000 bell towers for change ringing in England, with less than 300 in the rest of the world.

Ringer chamber is up a very narrow spiral stair

As well as my personal family tradition of ringing, I wanted to take part in the commemoration. I had visited the large cemeteries in Flanders with my son to show him the Goff names on memorials there and had placed flowers in the French village graveyard in which is buried my partners ancestor relative Charles James Brett, who emigrated from nearby Laughton in 1911 to return with the Australian artillery to die in France a few years later.

The church central to life in Seaford is St. Leonards. It has stood there since before the invasion, bits showing its Saxon origins under the Norman and later Victorian influences. The staircase up into the ringing chamber is entered through a doorway sized for smaller folk than us today, and winds up on stairs that would never get past a modern building inspector. I suspect, as I climb up for a Tuesday evening practice, that someone has added another each time I go… 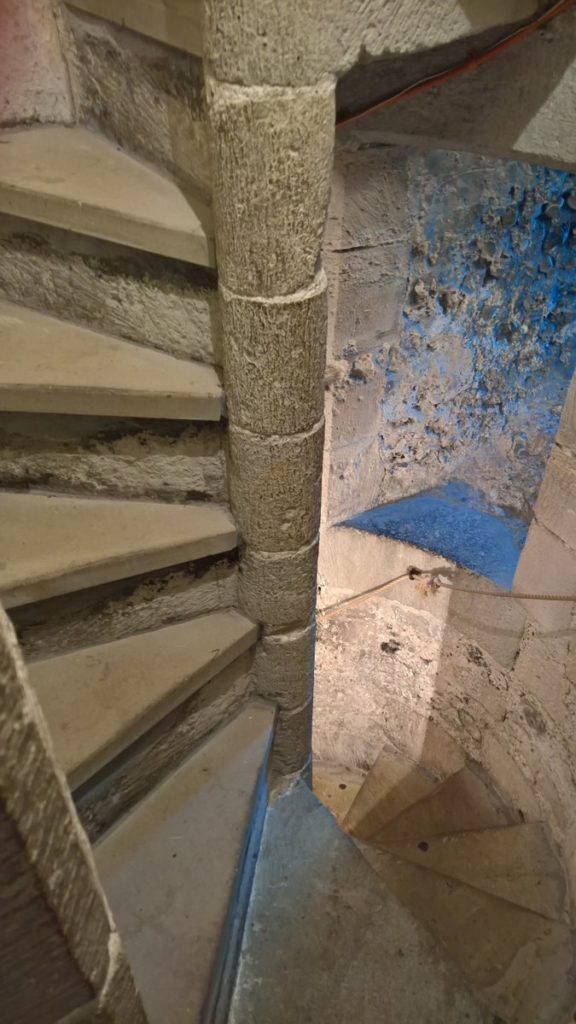 I’m still learning the language of ringing, literally learning the ropes. Whether bells are ‘up’ or ‘down’, the difference between a ‘peal’ and a ‘chime’, what is meant by a ‘round’ – it’s another world. What amazes me is the oral tradition that has been handed down over the centuries, and how safe ringing has been evolved and taught by ‘Tower Captains’ like our own Debbie Evans. We also take for granted the number of terms in the English language that can only have come from bell ringing – ‘going like the clappers’ for example.

We are a disparate group learning to join the larger disparate group who make up Seaford’s ringers. A hairdresser, a couple of retired churchmen, a youngster learning to be a tree surgeon, an NHS trainer, ex-teachers, an artist, we are a cross section of the Seaford community. We learners are welcomed into the group, and on Tuesdays we have a half hour before watching the experienced ringers practice (although sometimes the small ringing room becomes very cosy). Saturdays Debbie drives us herself, demanding, critical but a brilliant teacher, ably assisted by Stuart Poulton. 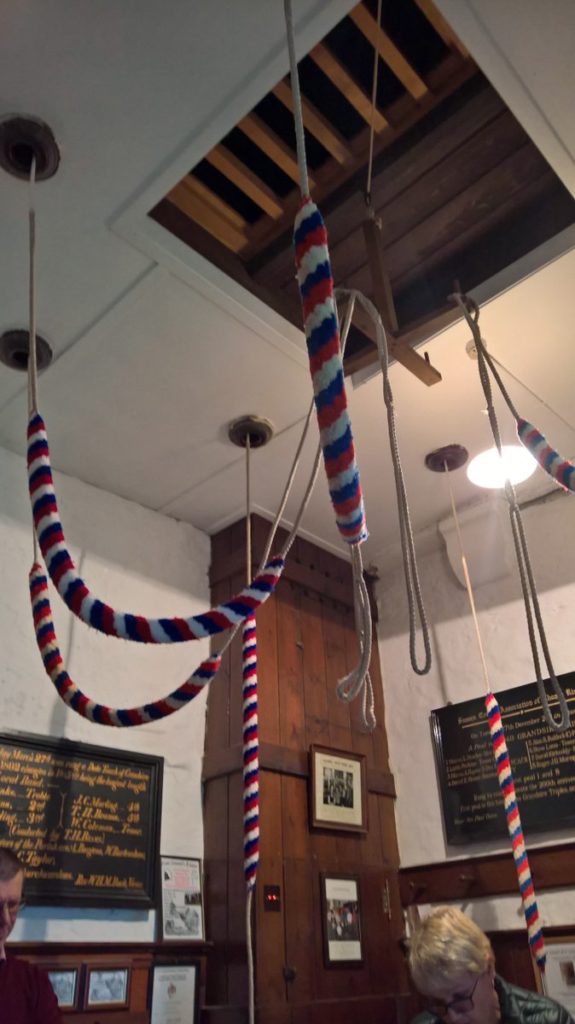 The ringing room is very compact

For some progress has been steady. Owen and his cream tea loving missus joined when I did, but my six weeks away holidaying has left me far behind their expertise. They are becoming confident enough to go into a practice session whilst on holiday in the Isle of Wight and be welcomed and pulled into ringing, a part of the comradery bell ringers seems to share. My own progress is steady, and as Debbie takes us to different churches to practice on different bells so confidence grows. St. Leonards has 8 bells (1,700 churches do, although the largest number have just six, but some having over a dozen). 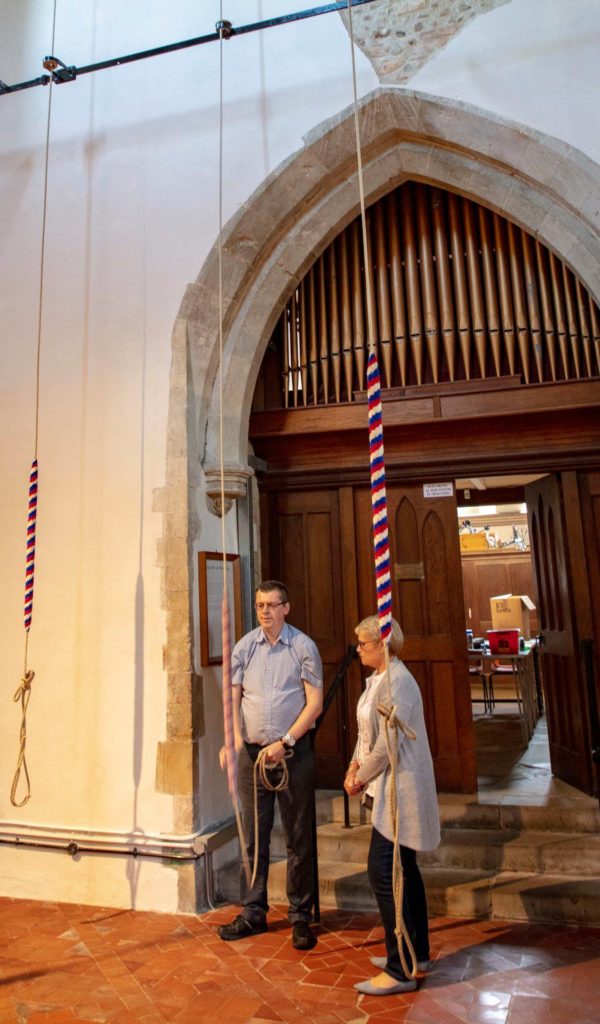 For the moment I am focussed on just ringing in the right way, but the booklet I must record my progress in shows an awe-inspiring set of ‘tunes’ for the future, laid out in graphs like Fibonacci sequences. This is when bell ringers follow a pattern called a ‘method’, where the bells change the order in which they strike each time.

My best so far? Taking part with two other trainees trying to ring ‘Three Blind Mice’. What a sense of achievement when it rang out correctly – don’t laugh…

Why not join us? Go to your local bell tower when you hear the bells ring and enquire – Seaford already has a full complement but will recruit again in the autumn.

I am hoping to be good enough to ring in Laughton Church on teh 11th November in tribute to ANZAX Charles Brett, relation of my partner 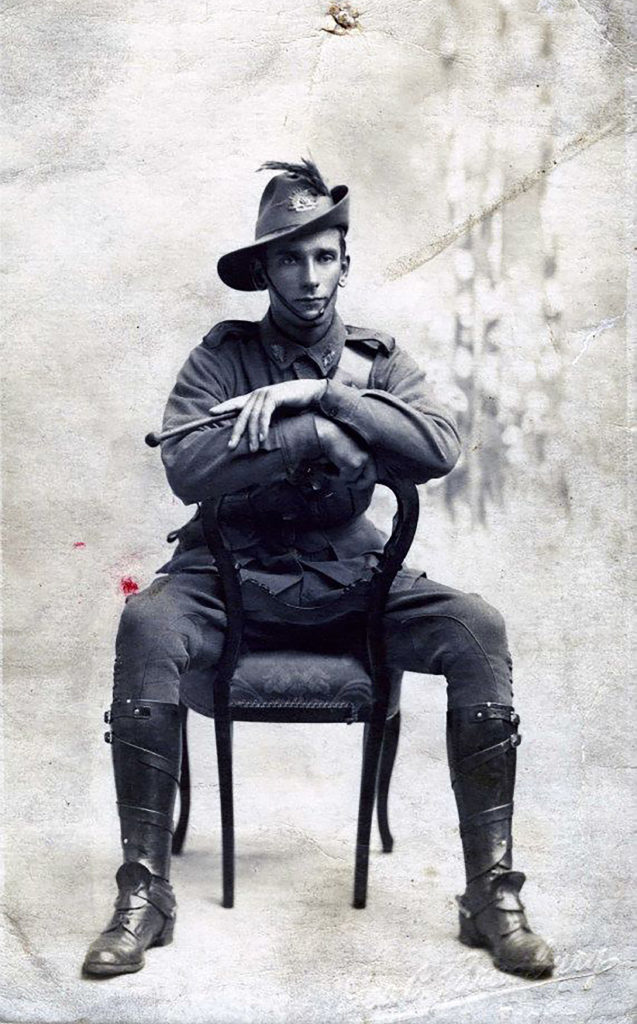 His name is recorded on the Laughton, Sussex, church war memorial as he was a Brett cousin and grew up in Sussex. His family emigrated to Australia in 1911 and he subsequently joined the ANZACs as a Gunner in the 11th Australian Field Artillery Brigade. He was wounded in 1916 and recuperated in Brighton, Sussex, subsequently killed on 5th April 1918 aged 28 . He lies in a country churchyard at Frenchencourt. His broken hearted parents returned to Sussex. I was visited his grave with my partner to lay flowers.