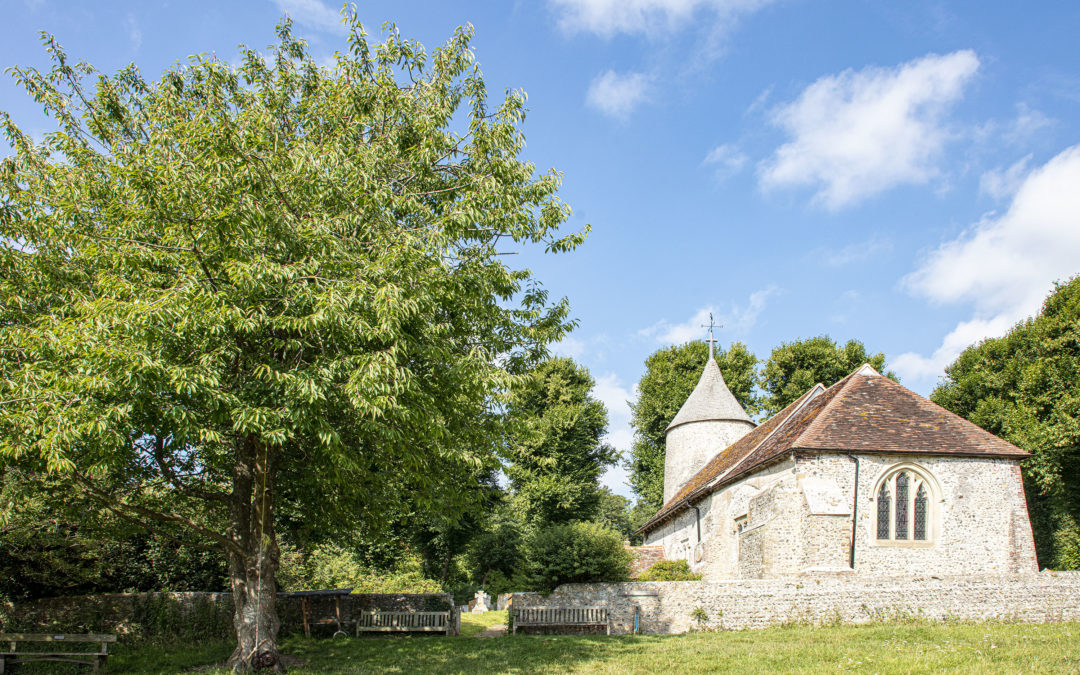 Just 16 houses and a flint church. I pulled up on the area of grass in front of the churchyard. As I opened the car door the scent of crushed grass filled my nostrils. A wood pigeon cooed and stared down at me from the round spire of the church. A crow gave a single harsh ‘caw’ as it flew from the churchyard into the sycamore tree in which the helicopter seeds were already forming. I shut the car door and leant against the side taking in the view of the church, Saxon originally, with its round flint tower containing two bells, one dating back to 1270 and reputedly the oldest bell in a tower in Sussex. 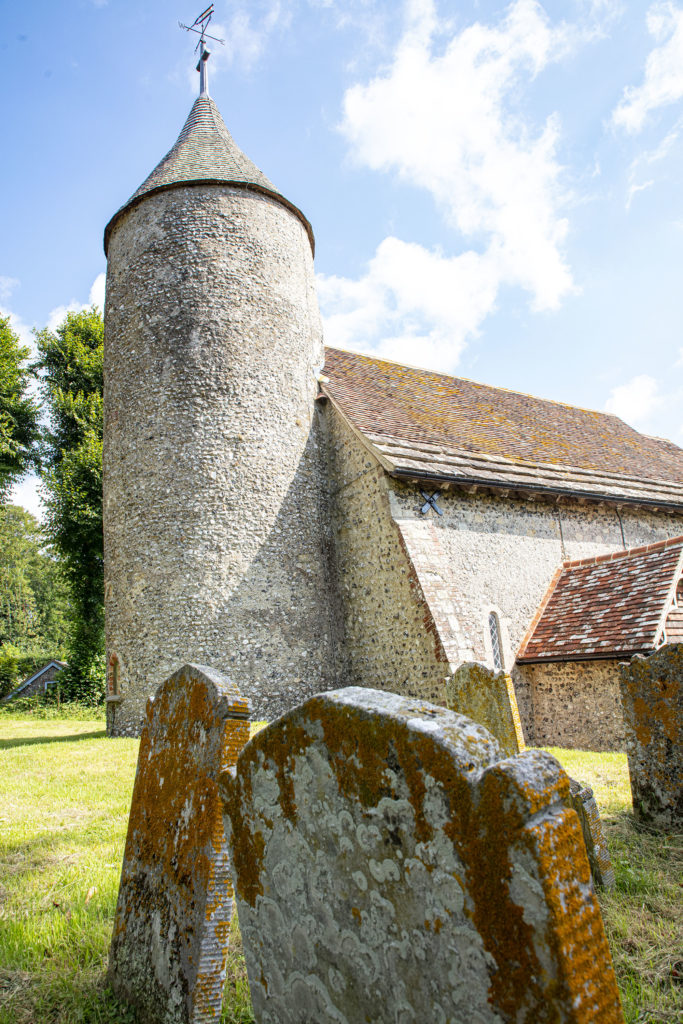 Just 16 houses, supposedly 35 people. I lifted the camera, thinking about the imagery I am going to capture in my photographs. I come here several times a year, as to me it symbolically represents the heart of England. The church has its first written record in 966 and in its original Saxon timber form must pre-date that. It was, of course, rebuilt by the Normans, its tower in 1170 or so, round because, as one author suggests, flint doesn’t lend itself to square corners. This is a hamlet, not big enough to be termed a village, the houses widely scattered around a triangular area of green.

Just 16 houses made up of a couple of farms, the Rectory and a scattering of stone and thatched buildings. Along with the flint church of course. The flood plain and the River Ouse separate it from the main road, and although the back road I use is a well-travelled rat run to Lewes from Seaford and Newhaven the separation lends a silence to the place. I turn my back to the church and look through the trees to the Downs beyond, the hamlet being on the South Downs Way. How many of its walkers pass through seeking Virginia Woolf’s house in the adjacent village just down the road are oblivious to the history that leaks from these stones? 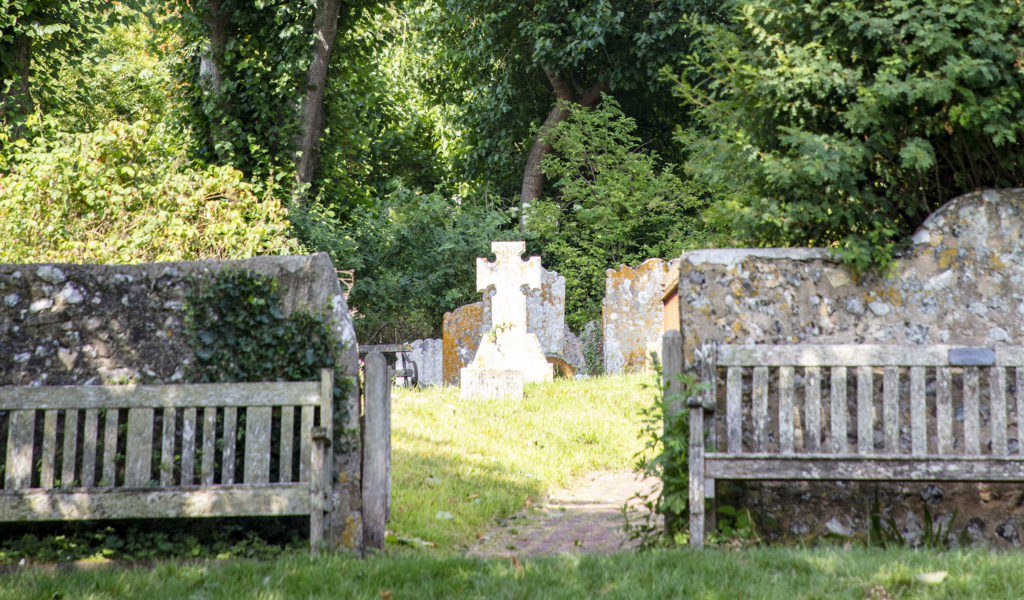 Just 16 houses and a flint church. I walk into the churchyard past the two stick swings hanging from the tree outside, reminding me of my own wild childhood years roaming the Wiltshire uplands and coombs. The sun shines white on a cross amongst the gravestones as I approach the gate. I am surprised to see the grave of an old acquaintance, Michael Blee, an architect lecturer I met when he taught at Brighton poly in the 1970’s, a grave I had not noticed on previous visits. The gravestones stand silent witness to the passage of time and people alike. Alone to one side stands the grave marking the burial of a Hurricane pilot in the last disagreement we had with our European friends, friends whose hostile rhetoric during the Brexit saga sounds so sadly reminiscent of the rhetoric of the 1930’s. Is history repeating itself once more? 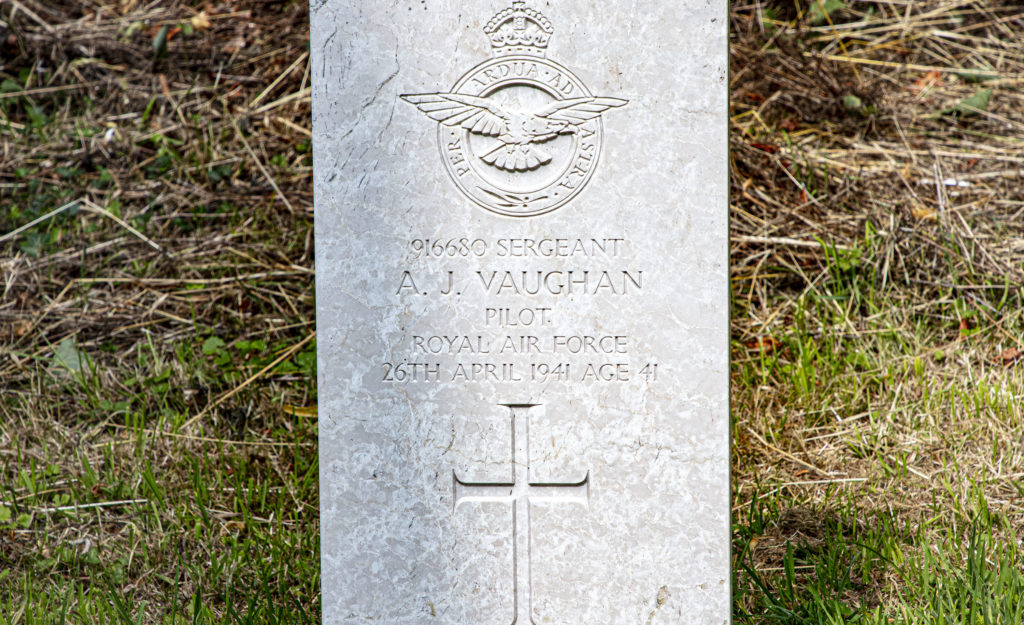 Just 16 houses and an ancient flint church. I pause and stand in the churchyard that has that timeless quality, feeling it as a silent witness to history. Saxon, Norman, Republican, Royalist, Jacobean, Tudor, Elizabethan, Georgian, Victorian, people all resting here together in their mouldering boxes. One 72-year-old lady buried with her first husband of different name recorded in a rondel on the church wall – what story is there? Multicoloured moss grows on the crosses and stones of other simpler markers. Inside the plain interior reveals the remains of 13th century wall paintings in an otherwise simply limewashed interior. History is here.

Just 16 houses but the flint church beautifully restored and maintained. The houses reflect the rural agricultural origins in their mix of grandeur and modesty. In winter the ground produces a bounteous whitening of snowdrops, spring daffodils, but now it is couch grass, scabious, yarrow and cow parsley. Farm vehicles reflect the continuity of valley life. This seems a long way from the concerns of the London bubble, largely seeming unchanging but no doubt connected to events by the umbilical cord of the internet. 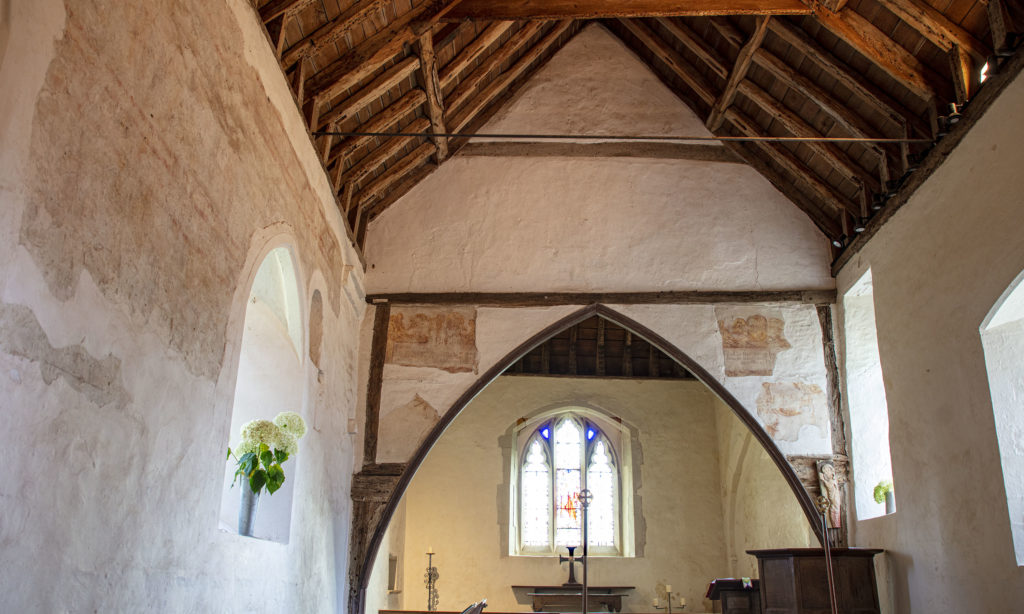 Just 16 houses around a Saxon church. Over thousand years of history seeming to slumber in the summer sun. England past and present. The pigeons cooed; the crows cawed. Sometimes time seems almost to stand still.

(The village is Southease. No pub, no tea room, just history)