It’s been a tough year. Is that what happens as one ages – each year gets tougher? Physically I have always tried to exercise, even buying a share in a central London gym once at the height of the gym investment craze. Great place to exercise. Went bust of course. I used to cycle from my London home in Camberwell to the office in Lots Road as well, and later around Elephant and Castle when I was working at Morley College, as well as going to the gym. 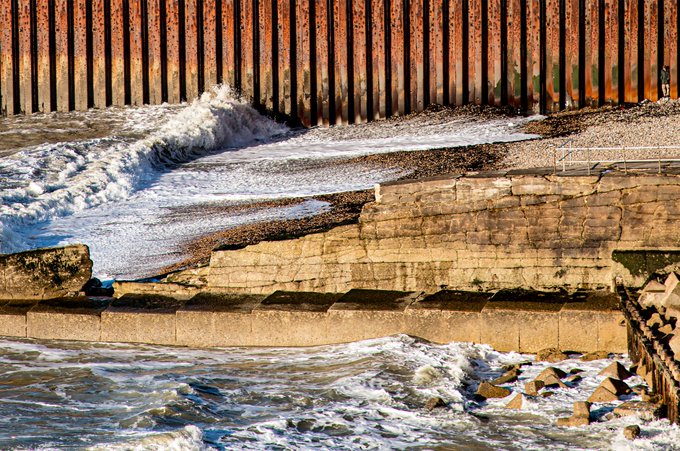 Maybe I am healthier than I would have been had I taken no exercise – maybe the cancer would have got me, or the arthritis would be worse. I am sure that without the design and painting I have had to sustain my belief in beauty and the world God gave us, I would probably not be as active as I am now. The physical activity has been constrained though, and as my art is based in observation and the use of the camera, that has made things more difficult.

I thought without going down to the Cuckmere I would have to seek inspiration closer to home, and as I have produced many paintings of the garden (the latest were the ‘Peg series) I naturally turned to it again for subject matter. It resulted in one painting, but the series based in my post-Albers squares had changed how I thought about picture making. Instead, I was drawn to returning to the sea defences again. A walk up to (not quite) Seaford Head gave me new imagery, but I also started to mine the huge resource of sea defence images hidden in nooks and crannies on my computers. 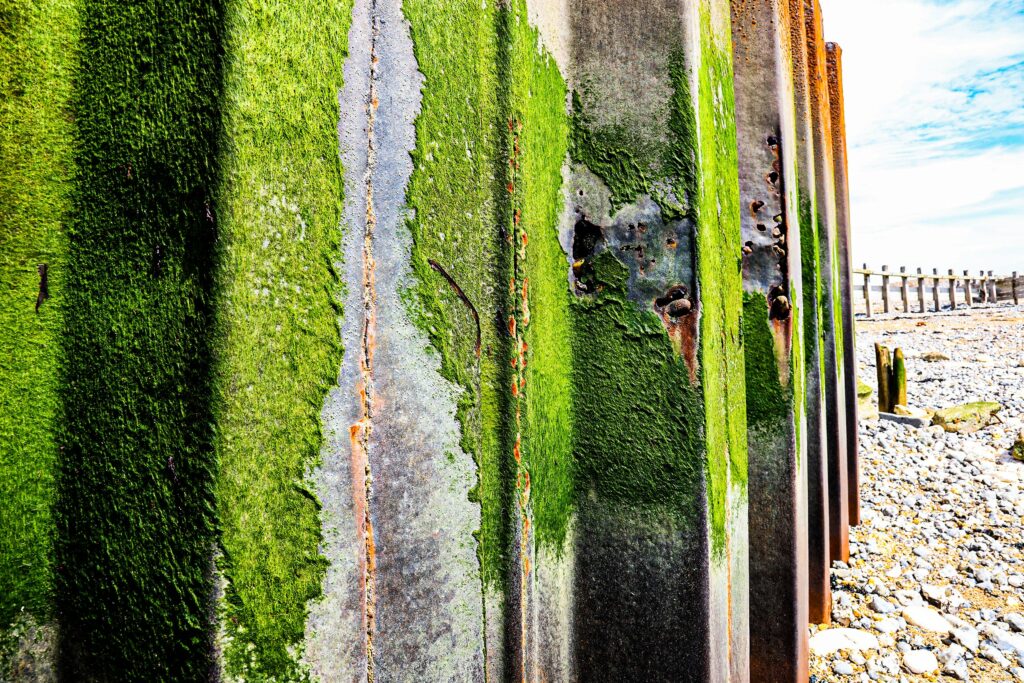 Decay and marine growth at the Coastguard Cottages on Cuckmere Haven

My paintings based on the photographs of Cuckmere and Splash Point were sparked by photographs taken in Bergen. These produced a series of drawings and a large canvas painting of Bergen harbour. I looked at the colour and reflections and it became a mini set of squares and a canvas that opened a door that now refuses to be closed. The garden was soon replaced as a starting point by more colour from Splash Point and the rusting, eroding, metal sheets covering and supposedly protecting the concrete structure beneath.

I am drawn to the interface between man and the sea – some call it the shore, or the beach but it is also a port, or a fishing dock, or a set of cliffs. I have tried to make two books on harbour reflections, using traditional photographic paper, neither of which worked, before producing the ‘Trust in Rust’ book using my own print capability. The different art paper quality has shown me what I can do, and I have returned to this kind of print imagery to produce a second book entitled ‘Fisherman’s Tackle’. But for now, my local sea defences and their continuing decay will remain my source material. 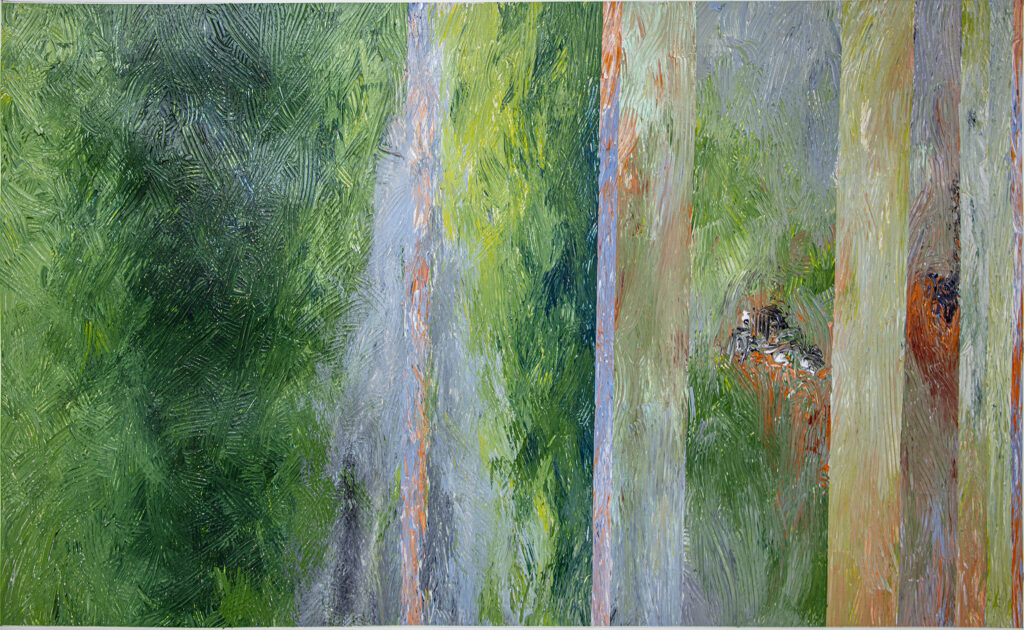 Of course BRotS #67 was made immediately before #66 – you expect logic from an artist?

Now you may think it obvious that rust is basically orange. Think again – rusting in this case is subject to salt and marine growths as well as the process of decay that is oxidation – oxidation that takes its colour from the base material, so aluminium decays producing silver grey almost indistinguishable from the alloy, quite unlike the rust on iron. For some molluscs the metal at Splash Point and on the Cuckmere is attractive for them to grow on, adding to the diversity of colour. Throw in variations of time and place and the changes seems to have infinite variations

Where the metal is bashed and broken by waves loaded with flints it produces another kaleidoscope of colour. Underneath the metal the revealed concrete in turn changes colour and attracts its own form of marine growths. Green and purple are the predominant colours of some of these growths, some seaweeds, others seemingly a form of lichen. I am not a biologist, just an artist fascinated by the colours this story of decay is producing. The concrete itself seems to have been mixed including small shingle pieces as well as some sand. Like the shingle on the beach this runs a gamut of colour beneath the marine growths – flashes of red, blue and multiple greys and dull browns abound. 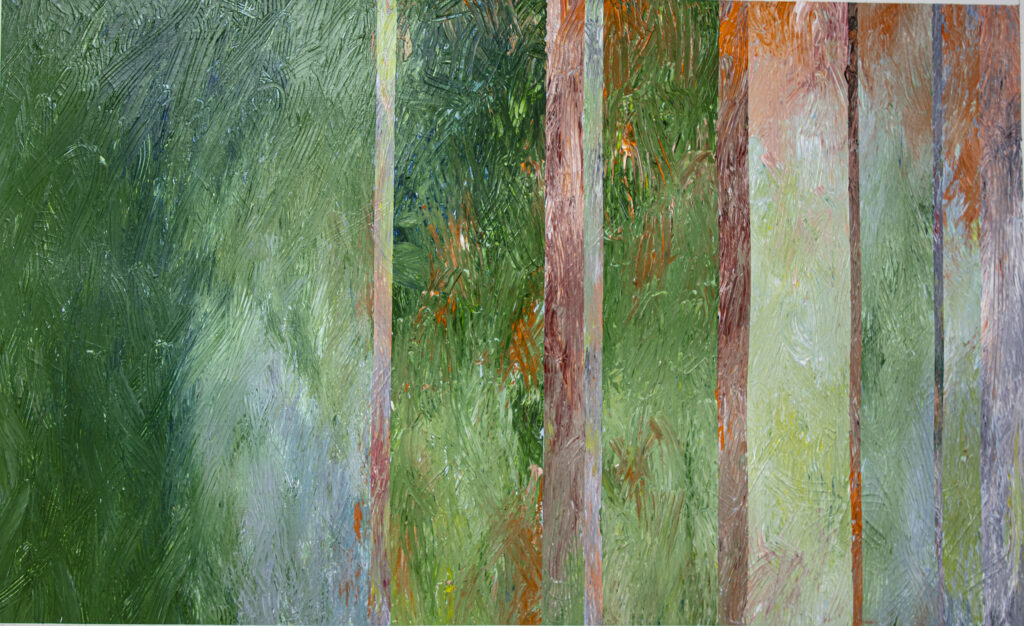 Put the two together and it continues to fascinate me, much as those tube kaleidoscope from childhood did when I peered into and twisted the tube to change the patterns. The photographs taken at different times and tide states reflect this infinite change of colour. The decay in the metal producing changing patterns of colour every time they are looked at. The small paintings BRotS 86 and 87 have explored the greens of the algae against the strips of rusting metal left as the erosion takes the metal away in uneven pieces. The variations depending on how exposed they are to the wind, waves and shingle attack.

I have produced a canvas from the two small paintings, but I am returning to the works on paper again to rework the imagery as I find the canvas falls short of where I want it to be. The conflict between the abstract procession of change and the real evidence of visual decay remains unresolved. The balancing act I try to make between representation and abstraction leaves me needing to reinterpret further to dig out what it is that is striking a chord in my aesthetic being, that won’t let me leave this alone. (I reread Viv Martin’s remarks after one of my blogs – they strike a chord again) 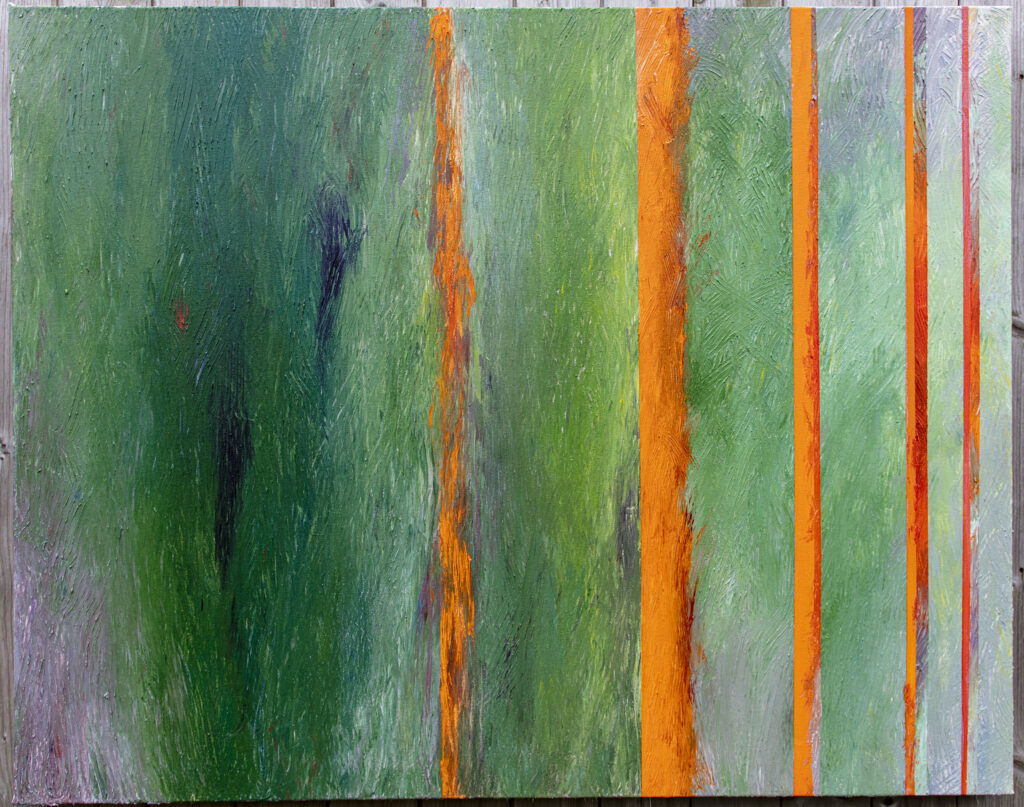 Maybe, just maybe, some of the photographs stand on their own, as well…