Origin of the Unicorn? 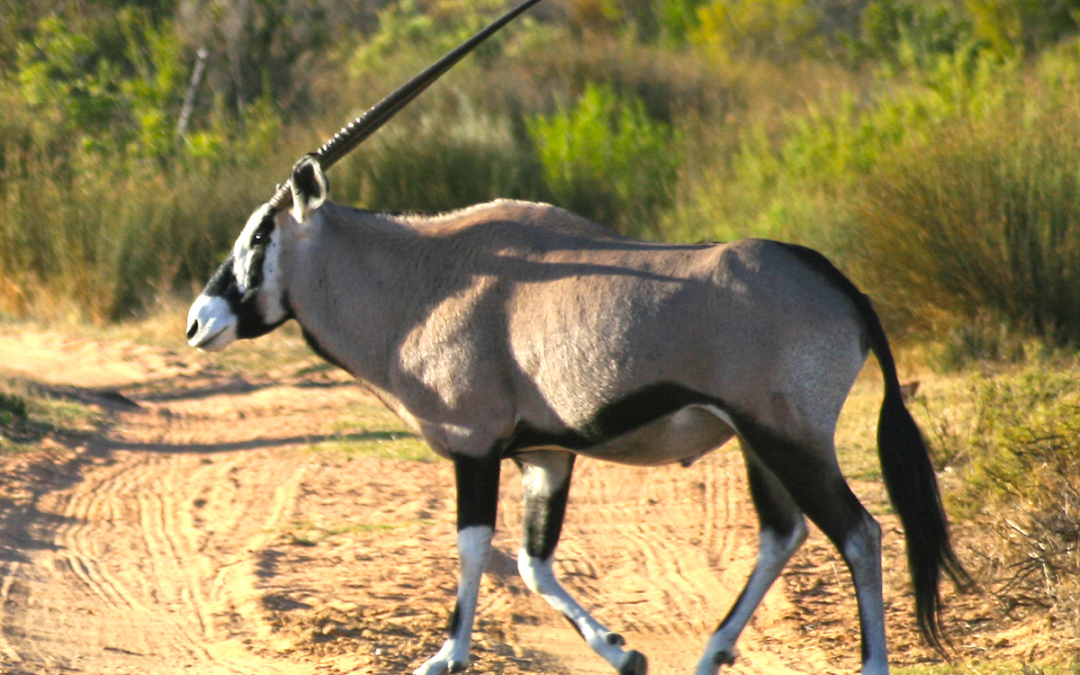 Its gently curving yet almost straight horns can line up when seen side on, so it may be the Oryx is the beast from which the Unicorn legend springs. Certainly Aristotle linked the name Oryx to the legend of the Unicorn. The story has it that only a virgin can capture the unicorn but the Arabian Oryx, hunted to extinction in the Arab states has been successfully reintroduced into the wild from a captive stock in Arabia of some 1,000 beasts – the only successful reintroduction to the wild of a beast previously thought to  be extinct. A triumph for Arab virgins perhaps…

In southern Africa there are two varieties around the place – the East African Oryx and the more numerous Gemsbok (Latin name Oryx Gazella). You don’t have to go to Africa to see this Unicorn though – there is a herd in New Mexico, estimated to be over 6,000 strong, resulting from the release of 70 beasts onto the White Sands missile range, from whence they have gone forth and multiplied.

Unicorns drinking in the Etosha National Park in Namibia

It is my favourite buck, a beast I admire for its adaptability. From the parks of Pretoria to the dunes of the Sossusvlei I have seen it wandering in herds or as a solitary beast. The young keep up with the parents and the horns are both a fascinating decorative item and also a fearsome weapon. They have, I am told, been known to kill a lion.

The Unicorn was reputed in mythology to be cloven hoofed and horse like, both of which descriptions fit the Oryx (forgive me if I stick with the name Oryx rather than the guttural harshness of the Afrikaner Gemsbok). It is a large beast and appears quite fearless. Its ability to survive in the Namib is remarkable. Its strongly delineated facial mask appears as the prototype of the masklike Picasso early portraits. Variations of these are often attributed to the influence of African masks on his early work, but maybe his mum told him tales of the Unicorn and showed him pictures of the Oryx when he was a baby.

A pair of Springbok pass by sparring Oryx ata waterhole. Springbok are referred to as ‘fast food’…

Best place I have seen them is the Etosha National Park in Namibia, but the White Sands herd sounds worth a look if you are in the USA. If you get a chance go see them, if only to say that you too have seen a Unicorn

(To see the Unicorn I stayed at Ongava Lodge)