Another day, another poppy 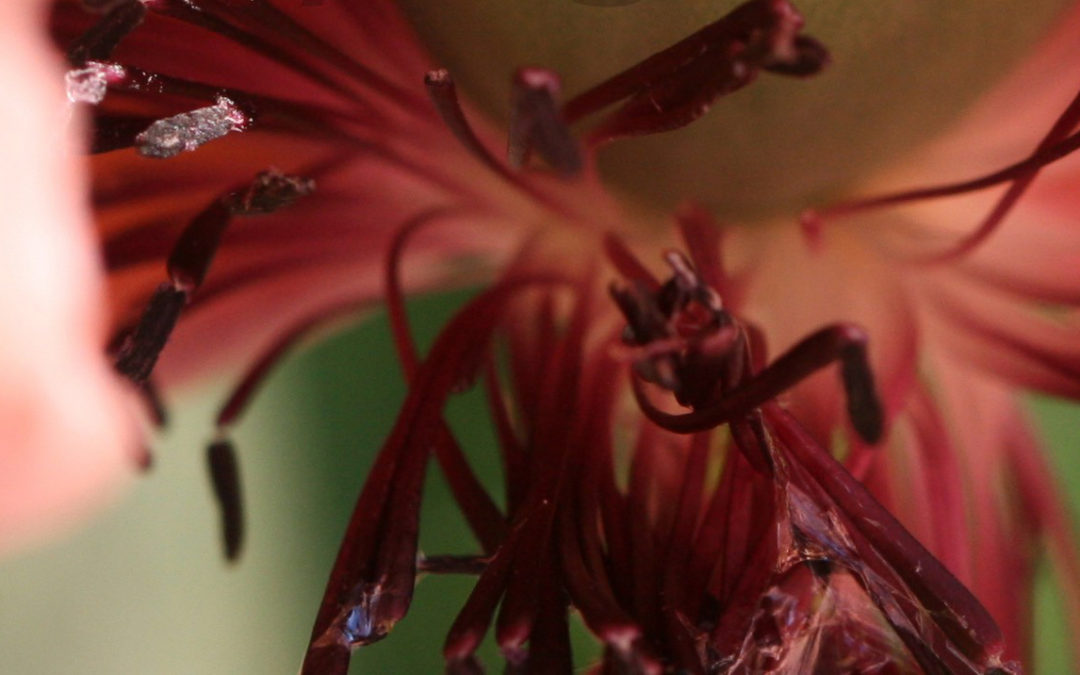 I am an early riser. I normally wake around 6.30 and wander downstairs in my dressing gown. Usually I pick up a camera and head into the garden to take my morning photograph. The camera is heavy, the back door locked, the cat demanding. The cat is given a thorough fuss and its food bowl filled. I unlock the back door and, unless it is absolutely pouring with rain, I wander out to sit on my bench positioned on the centreline of the garden. The aim is to take the same photograph every day from the same place. Often I just sit and take it all in – the scents, the sound of the birds and the moments of silence. Even when it is freezing cold. When it is warm enough to allow sitting in contemplation, time slips away. My cat companion rubs itself against my ankles. In the winter the cold usually drives me in, sometimes it is drizzle or damp that does it, but this summer has had long dry warm spells and the magic of this place has held me in its embrace for long moments as I just tune in to the rhythms of the garden. Sometimes I forget I am just in my dressing gown and wander around the garden enjoying the beauty, photographing whatever piece of colour catches my eye, perhaps following a bee, sometimes talking to the cat (a lousy conversationalist though). Usually something breaks the spell – an aggressive gull or a jet on its way to Minorca from Gatwick noisily passing overhead.

The studio is at the bottom of the garden, and later, dressed and breakfasted, I wander down to work. It is a meandering walk, often with the cat rolling in front of me looking for a fussing, sometimes with a different lens on the camera sparked by something I saw earlier. Some days I take 60 photographs and end up never getting to the studio for a couple of very enjoyable hours, the photographs often containing the germ of new paintings or drawings, sometimes defying reworking and becoming web images instead. In the studio the lights go on, the radio occasionally but not always, and I look at where I was the day before. Then there will be ‘displacement activity’ – a good clean of brushes, change the water pots for clean water, check the palettes. I use acrylic, and my palettes are old plates. I have discovered that acrylic paint will stay wet on the plate for days if it is covered – except for the colour you need, mixed and used yesterday, which of course dries out and can only be mixed again with great difficulty…

After two years I am still struggling with tools – I know, bad workman etc., but the tape is slightly too sticky, knives don’t stay sharp long and so the painting is not quite reaching the standards of perfection I am looking for. But its close. I’m still reworking the grid, varying its size and width in relation to the canvas. I went through all this thirty years ago, but I am not the same person as that youngster and need to re-examine every factor with my older eyes. The grid starts as the simple device to transfer the image from the photo to the canvas, from maybe an A1 or A2 drawing up to a 3-foot square canvas. The drawing changes when being transferred, not just in scale but often in definition too. The grid is retained as a part of the painting, being used to fragment colour and create spatial contradictions. 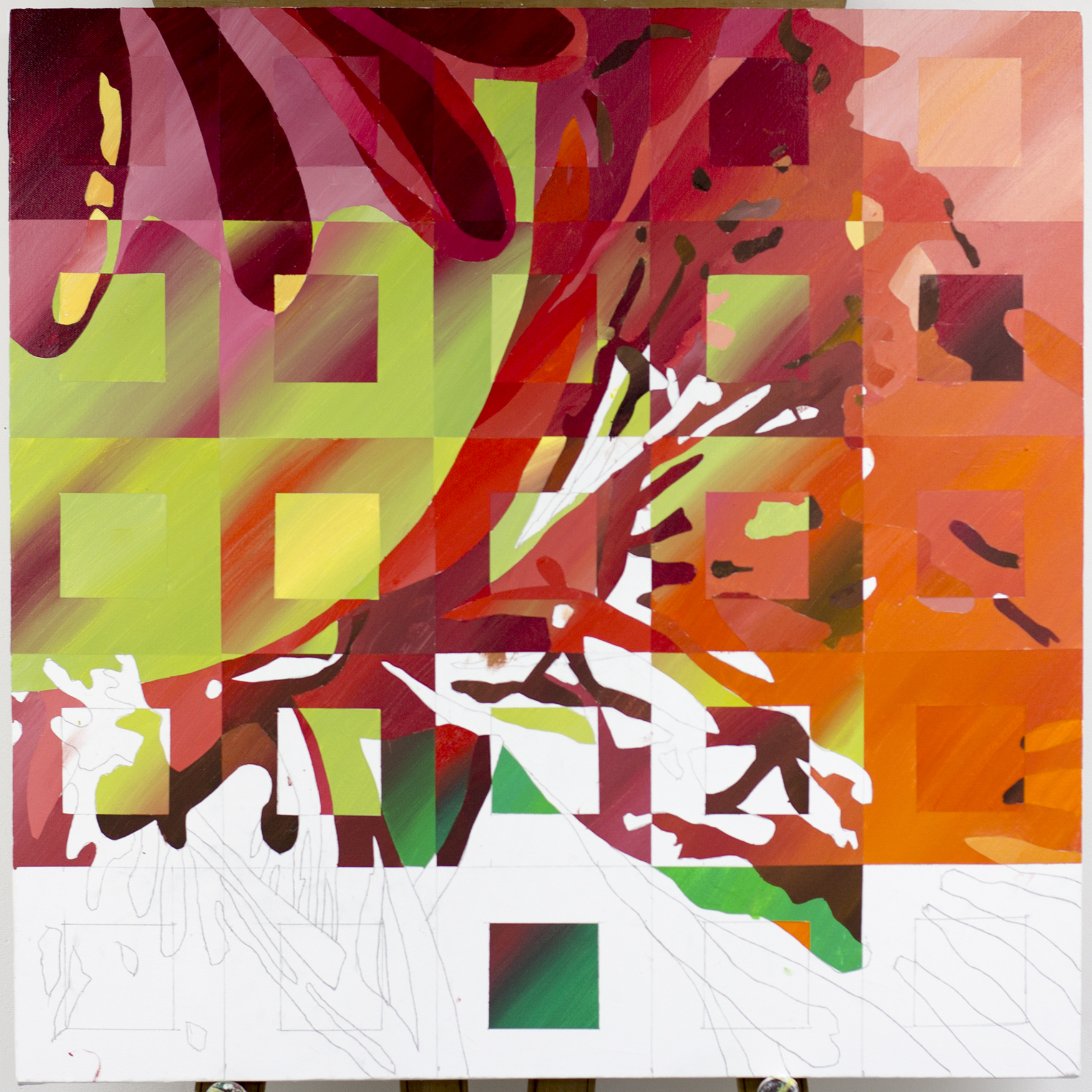 Line is made by the edge of colour, and the edge also represents surface, so the colour fragmentation changes the nature of the space in the painting, whilst the grid far from holding the image rigidly helps to displace the colour removing it as an easy identifier of the image whilst at the same time preventing the simpler image drawing becoming the dominant part. The colour shifts and the starting point are considered in relation to the colour and where I want to end up, so a series will be linked but each different

The end result is intended to be a kind of parallel reflection of the garden as a series of impressions of colour in space, much as Monet’s haystacks reflected time. Whilst Monet caught time through series of works I try to capture the visual confusion of flowers blowing in the wind, many moments caught on one surface. I am not trying to capture a moment of reality but to catch something more essential, more of the mind than the corporeal. My technique means time away from each canvas allowing sections to dry before moving to the next. Sometimes this allows multiple canvases, but not often, usually I am back in the garden again. Sometimes I photograph a stage the painting has reached to see on a small screen how it is developing – gaining a different perspective. Often these en-route images are shared on my Facebook page to show progress. Occasionally seeing the painting fresh results in it being primed over.

Whatever happens I am at one with myself in the studio, mentally lost to anything but the painting. The process is totally engaging. I am one with my art.

See more of the flower paintings in the gallery

See the morning photograph every day on my twitter feed