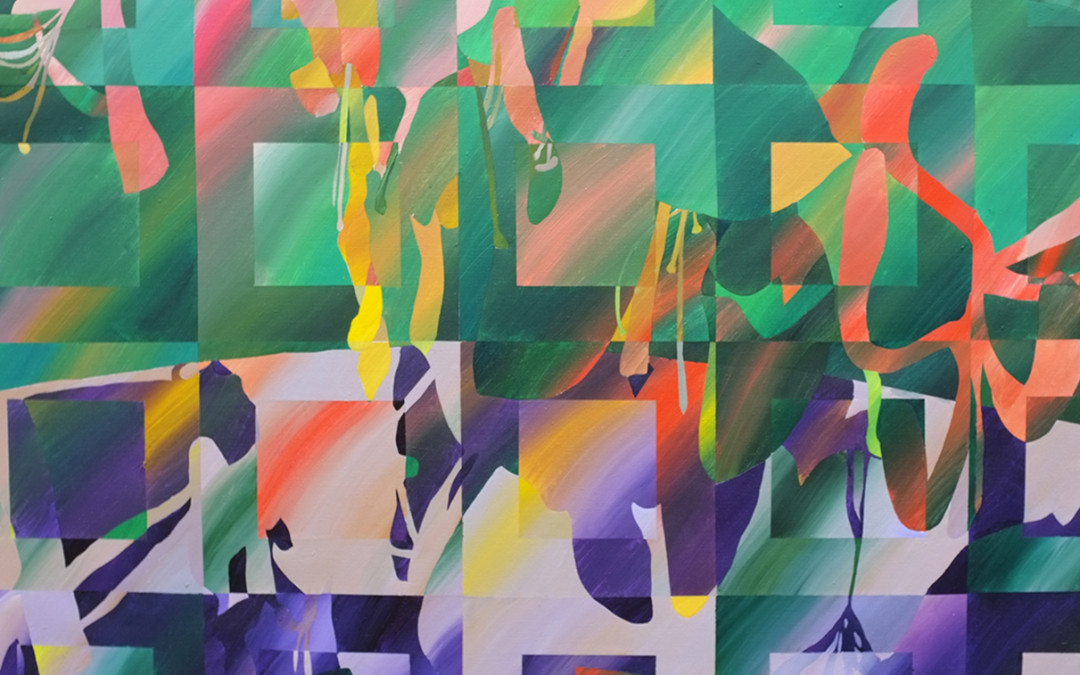 Have you ever woken on a train at the end of the line, disorientated and not quite knowing what to do next? A period of confusion before realising you are at your destination and need to get off. Being told you have cancer brings the same sense of disorientation and inner confusion as you struggle to come to terms with the news. Consultants vary in their approach. Some are criticised for their lack of empathy, refusing to look the sufferer in the eye when delivering the news. I was lucky. If anything my team were over friendly, eager to assist, to reassure and the enable me to come to terms with the event.

For me it was doubly scary as both my mum and dad died of cancer, neither dying easy. I had these precedents in mind, but also had my partner holding my hand. Not for the first time she was there for me, having helped me defeat type 2 diabetes (as I described in ‘Old Town, New War’). Pamela the gentle and compassionate head nurse also reassured, and with the rest of the consultant team held out hope of a positive outcome. 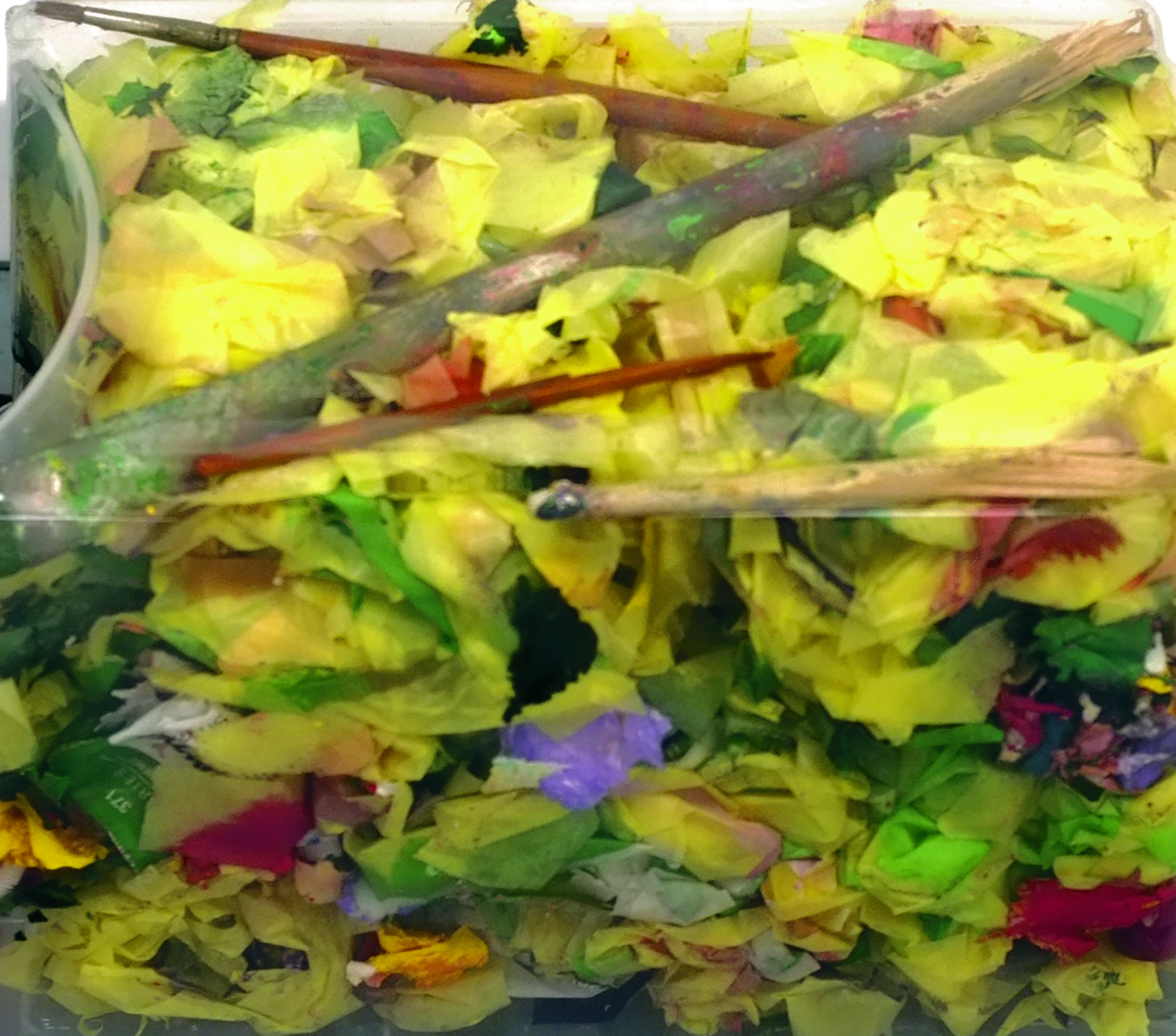 Treatments have moved on since my father’s death in the 1990’s, and the bladder cancer I had developed was also caught early. The disease was caused in all probability by working in the screen printing studios in Art College, where the solvents of the day were known carcinogens. I was young and arrogant with it, working without protection as, like the young, I thought I was invulnerable. The disease can take 30 – 40 years to develop, and was caught in my case because of a bleed I developed in Cyprus when writing for HotelDesigns. The investigation showed cancer in my bladder, looking on the screens like cobwebs.

The treatment involved infecting my bladder with live tuberculosis vaccine, reaction to which seemingly expelled the cancer with the bacillus. It means at each treatment I am infectious for a little while, and it can leave me feeling quite ill as my body fights the two diseases. The success rate for this treatment is a staggering 80%, good news for me. It was during one of these bouts of weakness that I sat in the sun amongst the honeysuckle in the back garden, giving rise to this latest painting. 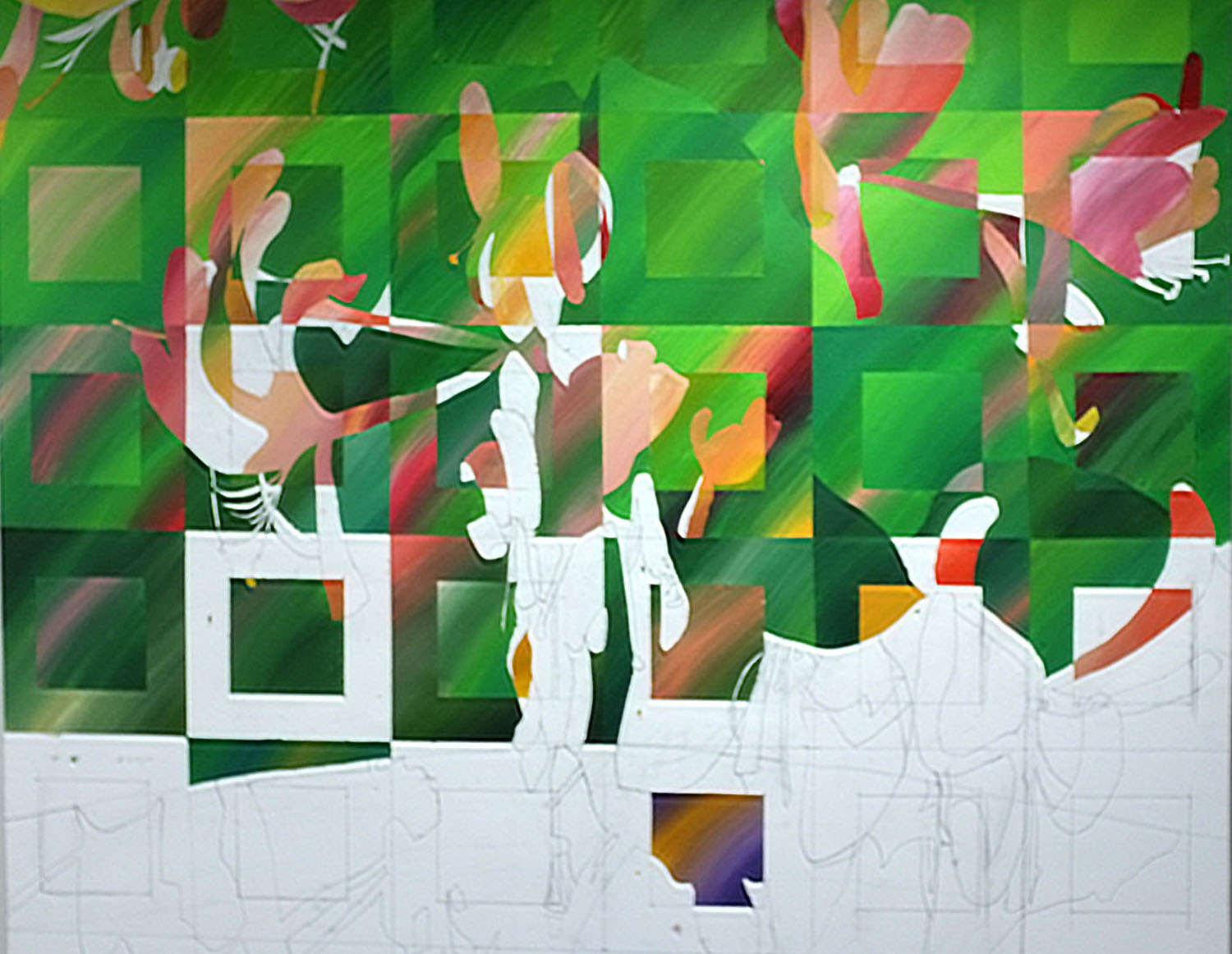 A number of drawings and now a large (4 foot square) painting have been produced from the honeysuckle imagery. In the drawings I focussed on the relationship between image and colour, but predominantly the colour. I traced this through the blog piece Honeysuckle Fun and traced the gestation back to Honeysuckle Sun in June, sitting in the sun.

I feel I have been in a dark tunnel and painting has been one of the few lights to pull me out the other end. Being told you have cancer is a blow. It is not the death sentence it was for my father but it is still damn scary. As is the treatment. 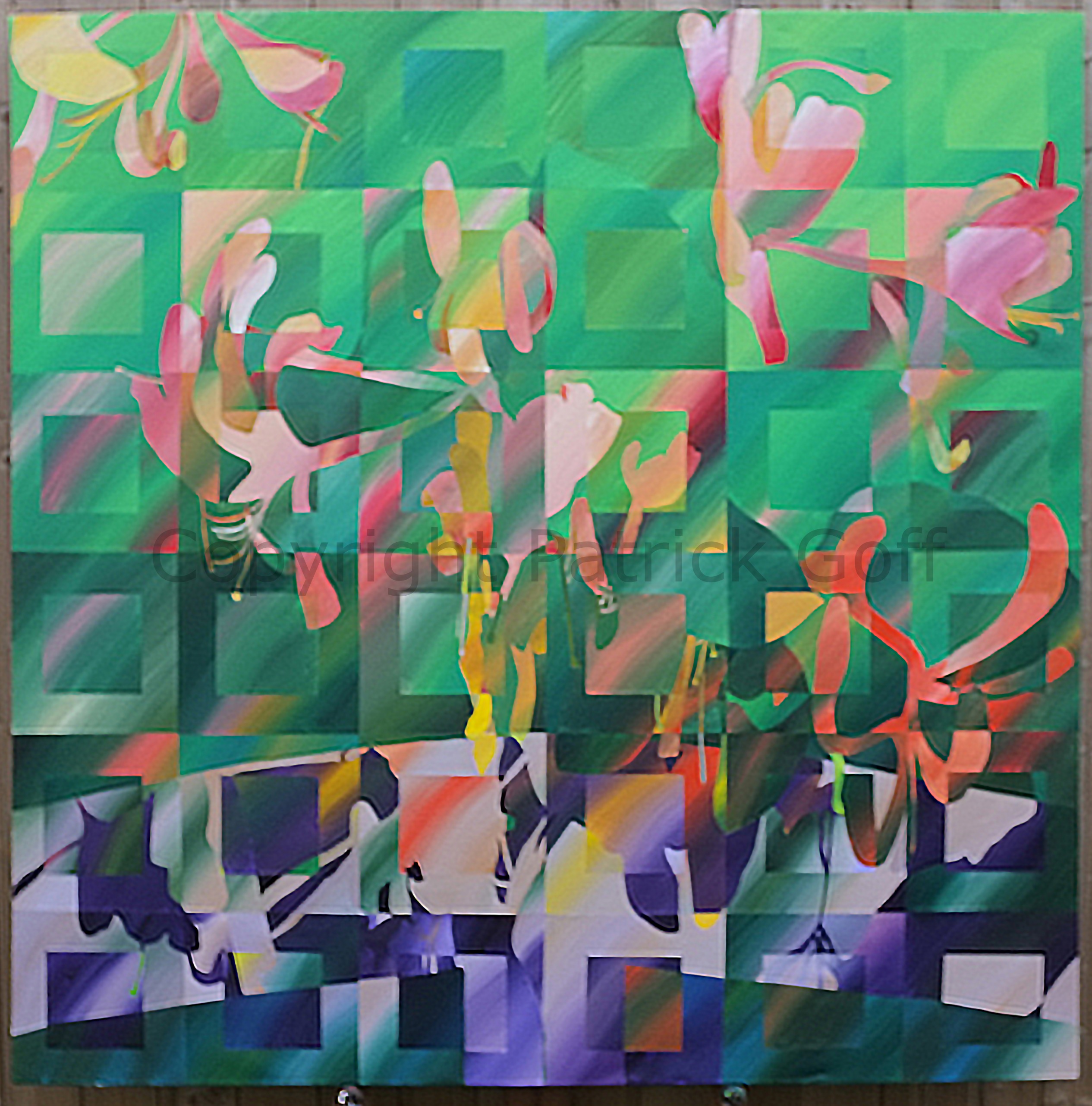 So the approach to the painting was both too tentative and too impatient, both driven by a fear of not being around long enough to finish it. Now I am ‘cured’, I can be more relaxed. I want to revisit the drawing, not the colour, but the line drawings which were really unresolved, and the drawing of the canvas, which works in part. I feel optimistic and am looking forward to life and eagerly enjoying the studio now.

I learned long ago that the images need to be strong if they are really to work in the paintings and here I didn’t quite work it out enough to be totally happy with the end result. So I intend now to produce perhaps a series of somewhat smaller paintings using the imagery but treating it in a different way. I am going back to the thinking that was behind the ‘T4Two’ painting, which in many ways I think was the most successful piece I produced. 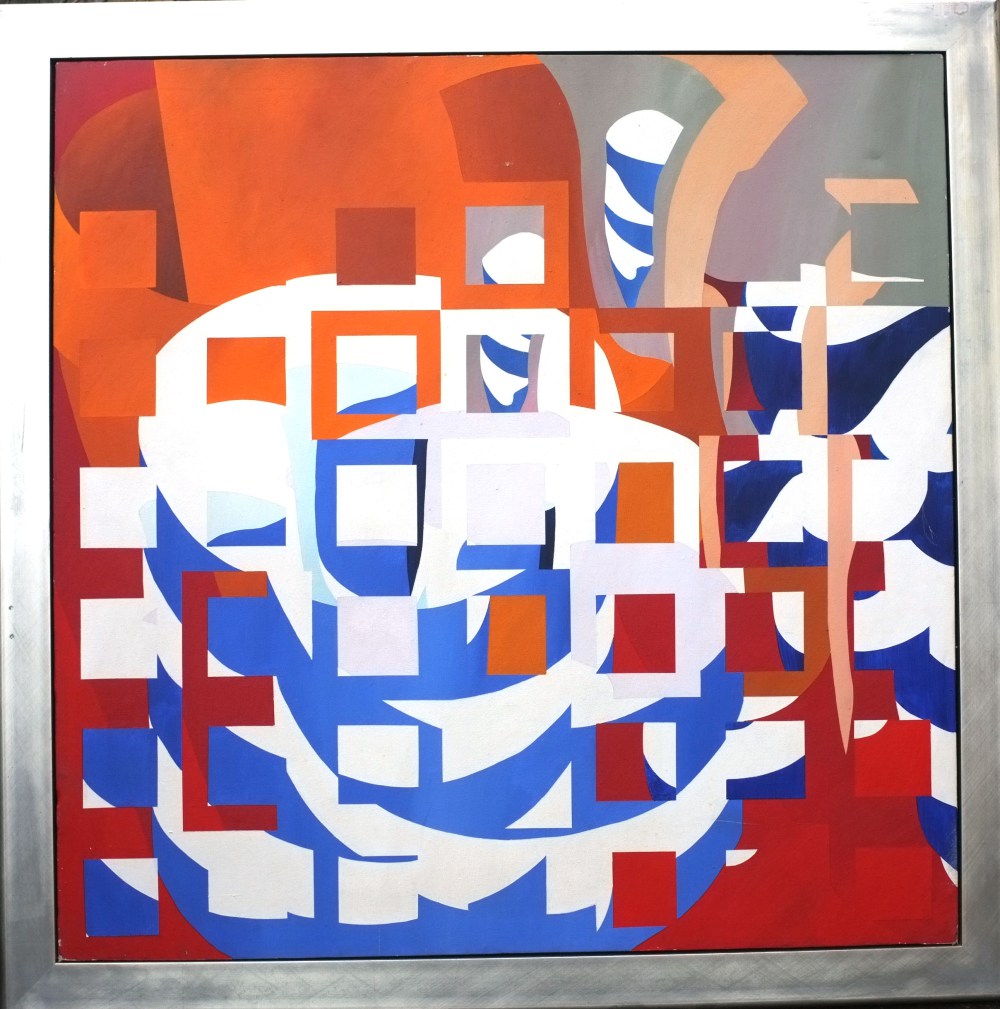 Tea for Two Acrylic on Canvas 4 feet 6 inches square 1998. Now in a Private Collection in London

So two creative streams running in parallel. Plus long walks on the shore with the camera. Life is full, and despite continuing cancer treatments and the uncertainties that come with them, I look forward to many more years of fun.

For more from me follow this blog – free, although if you buy art it buys more pastels

For answers to questions on Cancer go to Macmillan, whose support I gratefully received