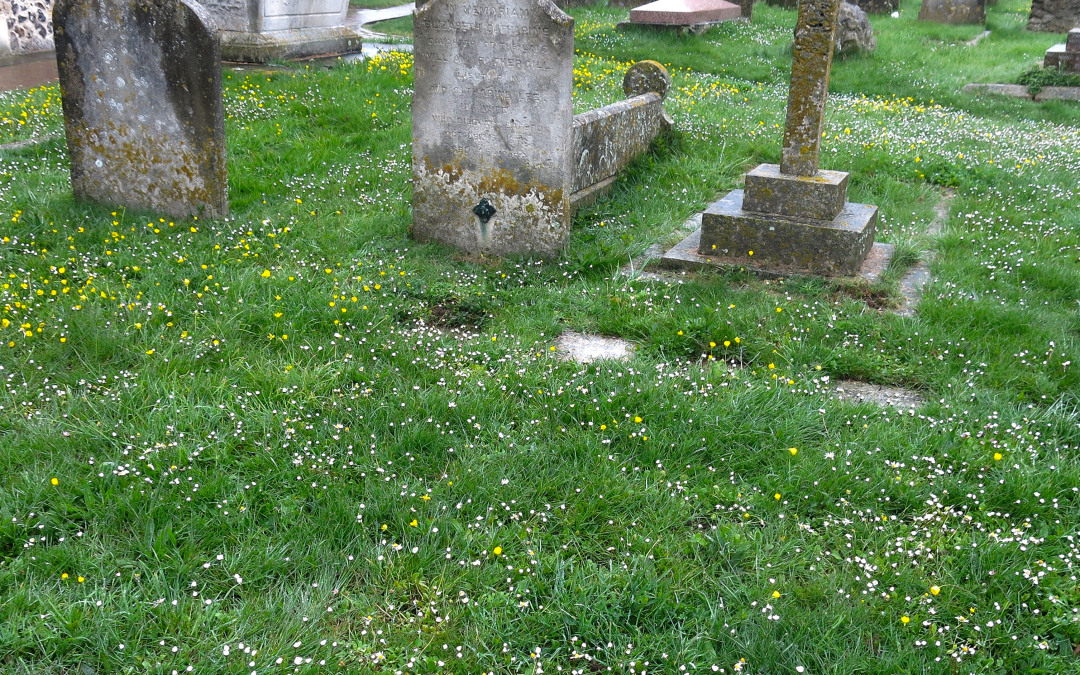 As a child I was brought up in Cyprus. In retrospect this profoundly influenced my sense of colour. The colours of the Mediterranean are bleached out by the sun, dominated by Naples Yellow, Terracotta and the almost Cerulean blue of the Mediterranean sky. When the Britannia landed (see my earlier blog to see a Britannia) at Stansted everyone walked to the terminal hut on the grass, not the pavement because the missing colour in our minds eye was green.

When Quantel developed the first computer paintbox system in the 1980’s they did some research into colour perception. Using the University at Berkeley in California because it than had the largest collection of young eyeballs in one place, they analysed people’s ability to differentiate between colour. If my memory serves me right they decided that there were 2.5 million separately identifiable reds. I reckon there must be as many greens too. 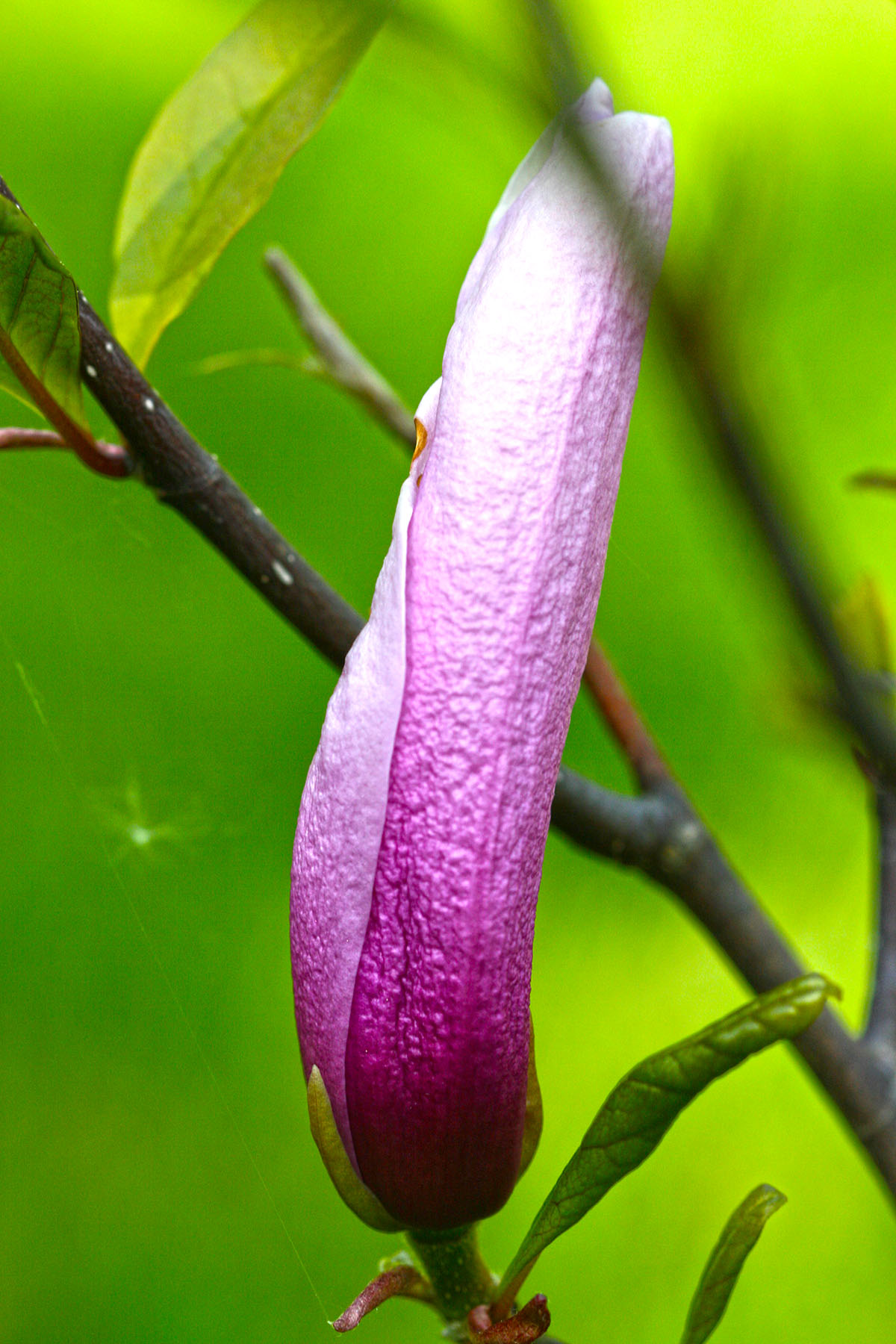 Every time I come back to England I delight in the freshness of the landscape. Even our local churchyard has its green grassy sward speckled with buttercups and daisies, and colloquial English has it that when someone has died they are said to be ‘pushing up daisies’. I also delight in the colour in the garden, constantly changing week on week and between dawn and dusk as the light changes – shades of the Impressionists, of Monet’s haystacks. 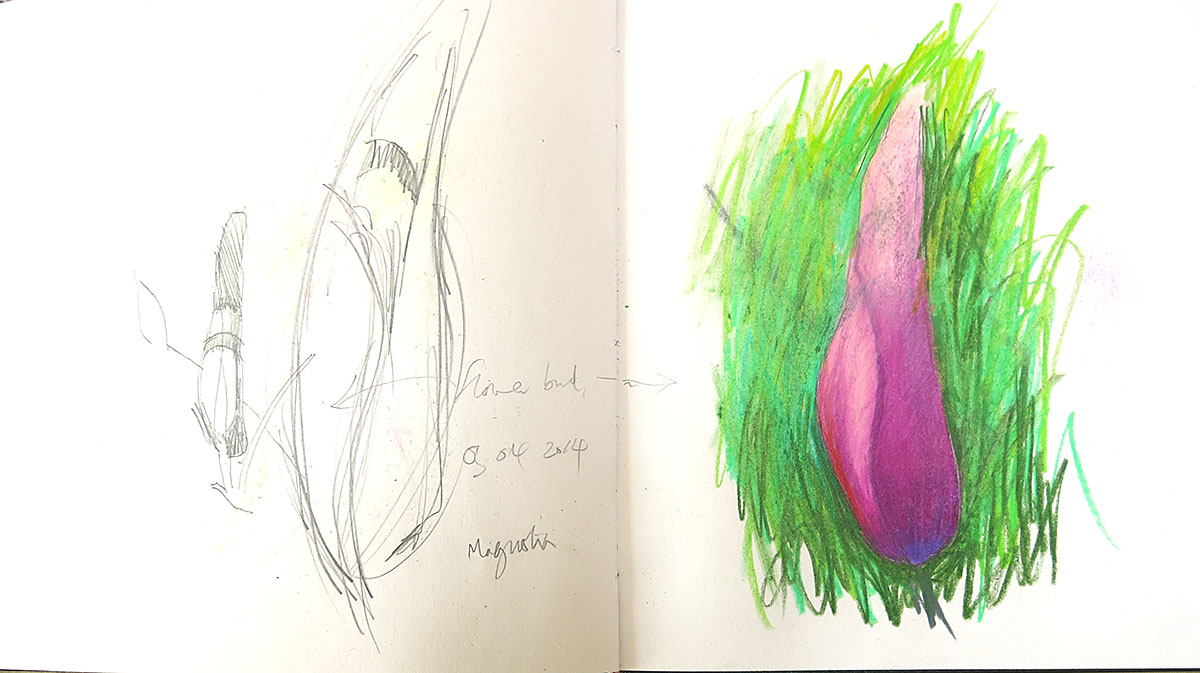 Sketch book pages of drawings of the magnolia

This week feels as if I have broken through some kind of barrier to seeing and working as I picked up my pencils and just sat in the a garden enjoying the colour, responding to it and trying to record it both with the camera, and more analytically, with pencils. The pencils are more sensitive than the camera because the hand -eye-brain loop is at work, whereas with the camera is it objectively outside, eye and machine. 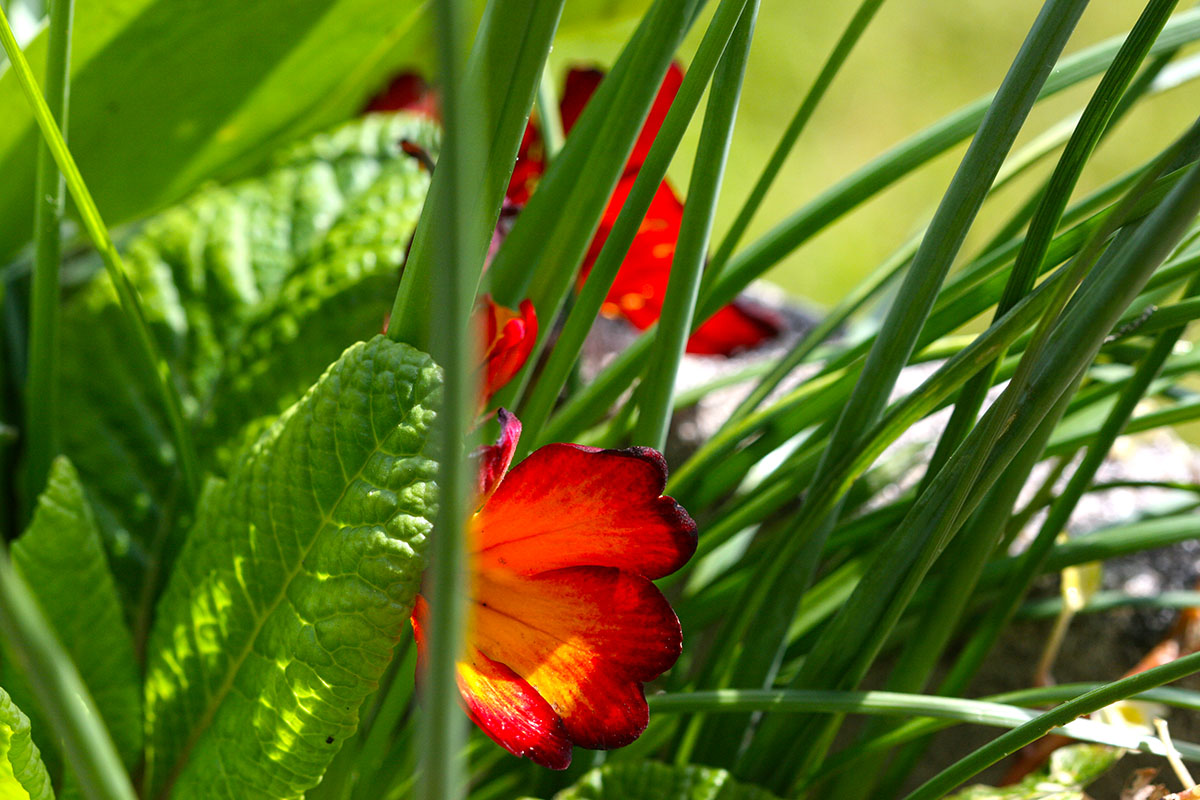 Contrasting primaries in a complex set of colour relationships. See them in the camera, but be forced to analyse them in drawing them direct – the photo was taken after the drawing below was made, purely as an aide-memoire

I heard some twit of a writer saying on the radio this week that easel painting was dead. Working with drawings I realised the total untruth in his words, as if he had said the computer killed story telling. I realised as I drew, where I went wrong with the wave drawings. I worked from memory and photographs not through drawing. Drawing sucks the eye into the subject matter engaging the brain passionately, drawing with colour engages the emotions whilst working from photographs is more detached and objective. 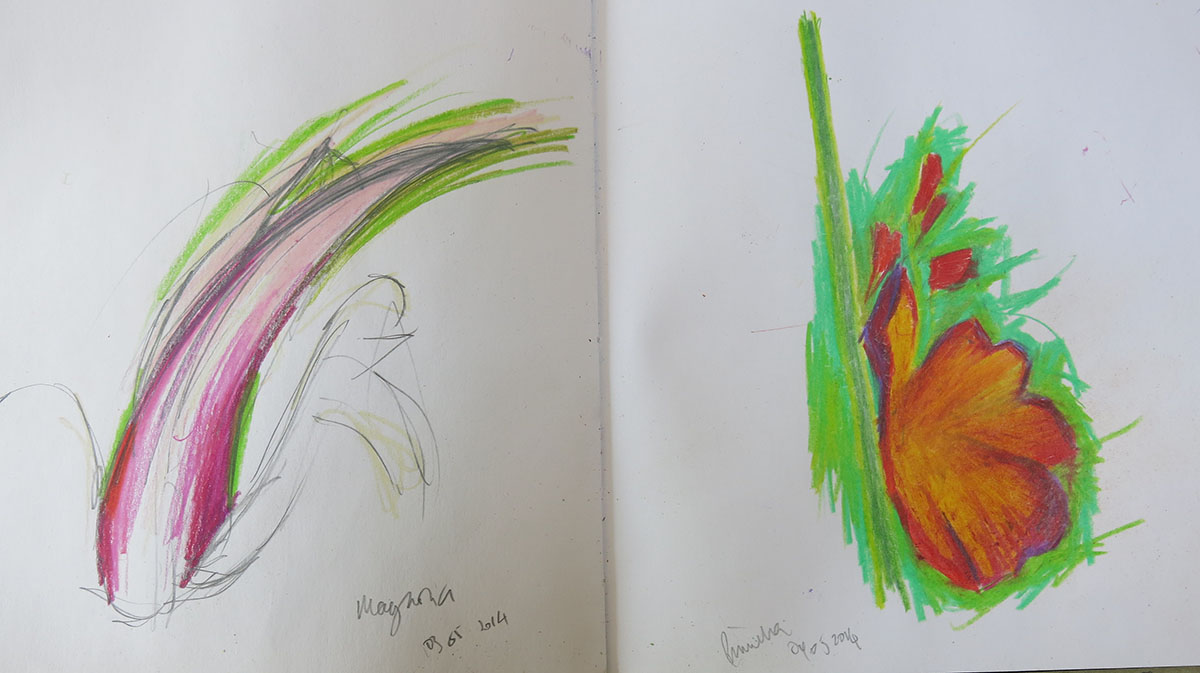 Magnolia and the first drawing of the primulas

These little pencil drawing have more passion in them than the previous paintings. At last I think I have found my way forward again. The photography will still play a part but the sketchbook is asserting its place as a primary area for research. Colours here are not bleached out by the sun, and green is the dominant note against which other colours sing in a way they can’t against the bleached palette of ochres and duns.