The Past is Another Country

“The past is a foreign country; they do things differently there” 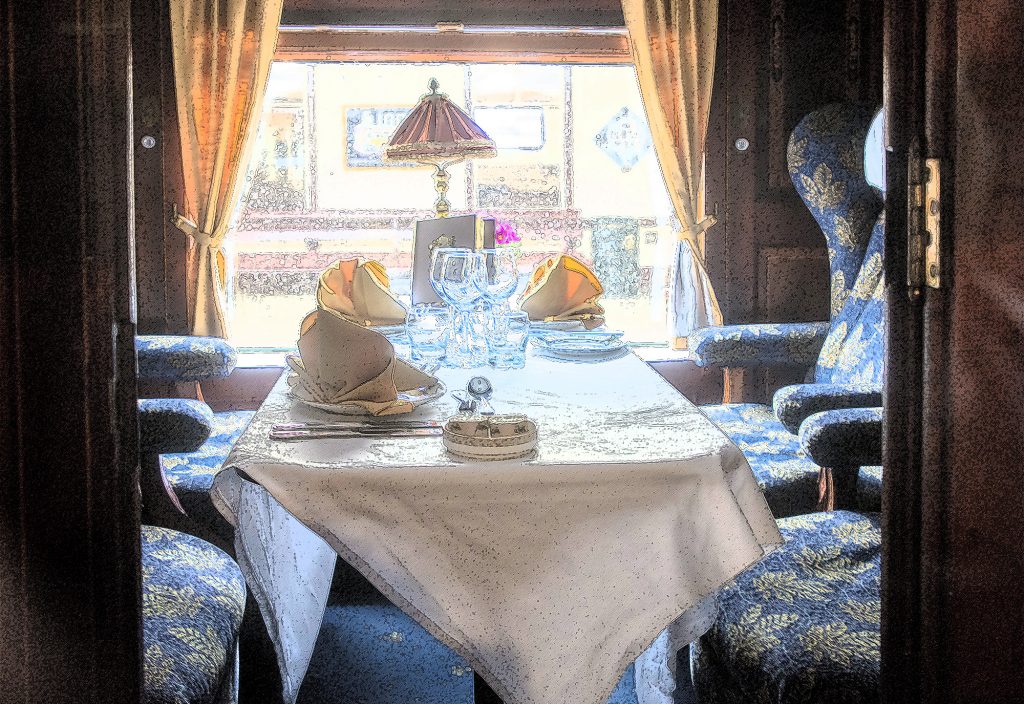 Once upon a time a country almost lost its sense of self. Almost, but in quiet rural corners and in the depths of the people’s souls, the self is still there, hidden under layers of verbiage and selfishness, behind greed and avarice but nurtured by individual acts of bravery, generosity and selflessness.

The nation surprises itself on occasion when it asserts that sense of self, through moments of collective memorial, bravery in the face of evil or events when it can assert its sense of self against those forces that would seek to abandon the pride of place and sense of nationhood. In seeking a chimera in which others too abandon their sense of self to join in a larger amoebic mass, the trumpets of ambition buffet and bruise but fail to erase the flickering flame of belonging. 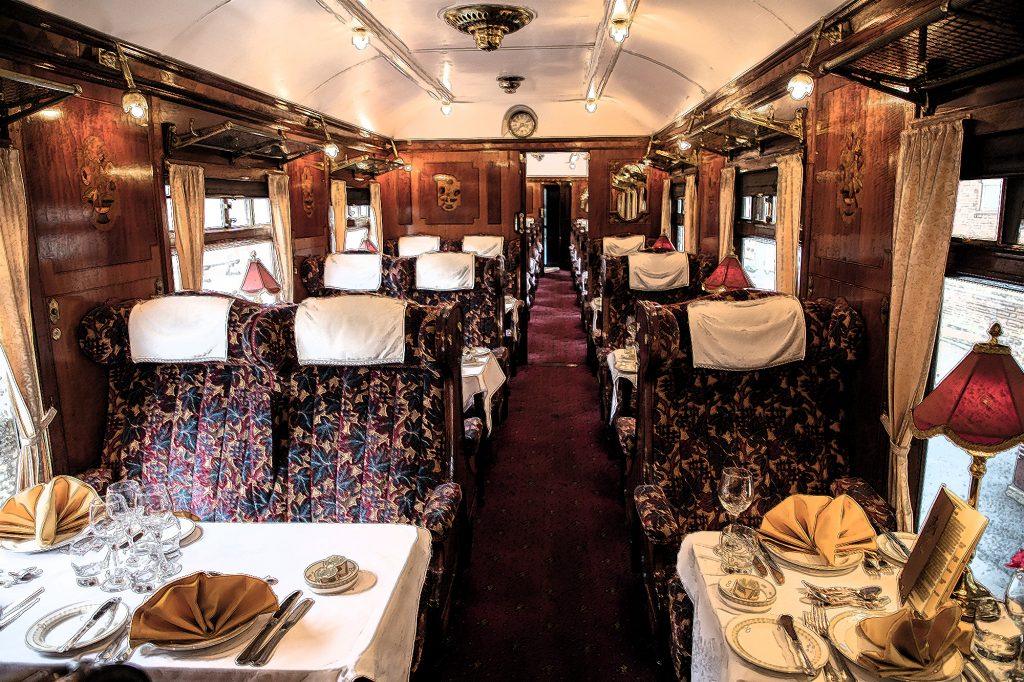 London to Brighton in 60 minutes in style – the ‘Brighton Belle’

In one of those quiet idiosyncratic corners of Englishness where this sense of self survives there is an expression of that eccentricity that sets this country apart from others. A kind of mass nostalgic psychosis that indulges memories in the senior whilst inculcating a sense of wonder in the young. It takes form quite openly in the ‘Heritage Railways’. They are a marvellous testament to a Briton’s determination to remember what made his country great. 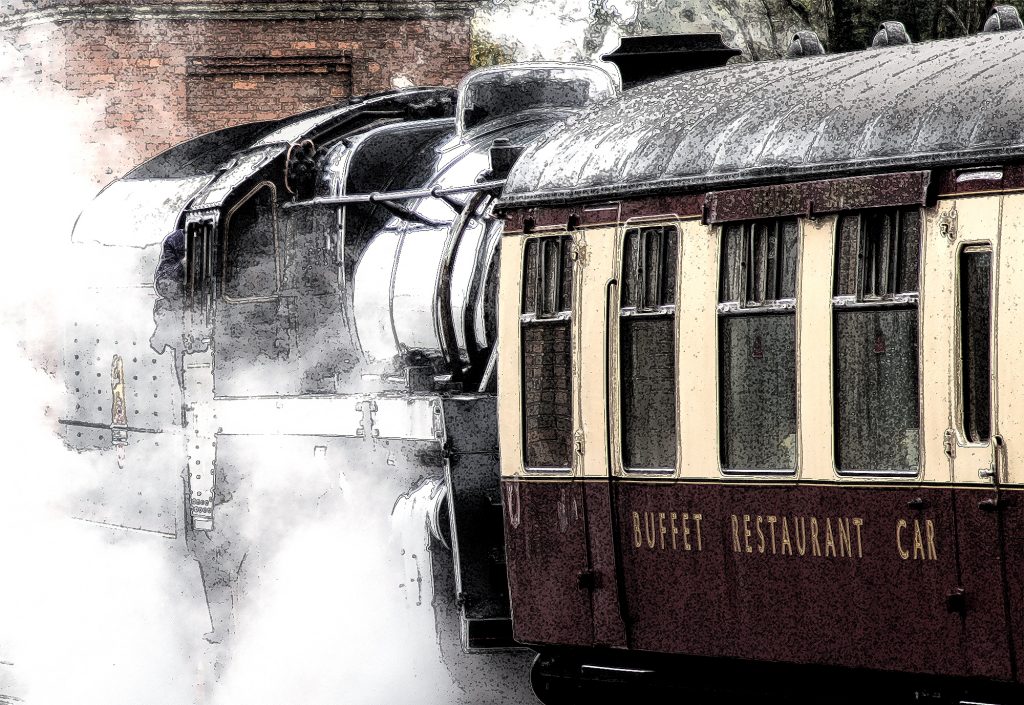 Remember the days of the restaurant car?

Starting with individual acts of desperate determination to save a part of the country’s industrial heritage, these bonkers institutions have grown into big businesses, on the verge of being viable for a return to full rail services on some lines and fuelling calls for the reversal  of the ‘rationalisation’ of decades before that now appears to many to have been short-sighted and irrational, given the near 50% growth in population since the 1940’s. 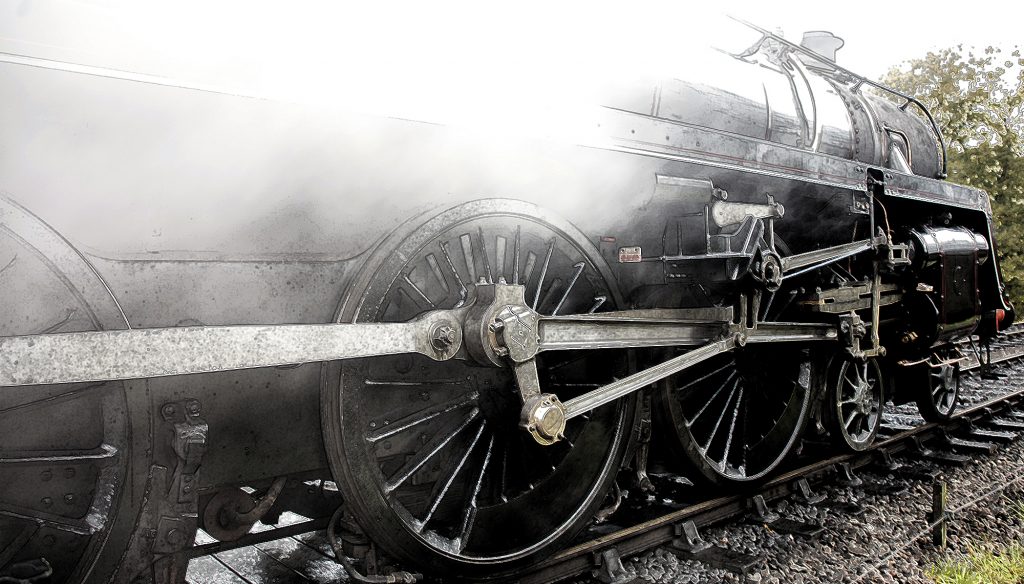 The individual inventiveness that has given life back to many ageing machines, and indeed has restored them to symbols of pride in national engineering achievements stems from the same creative root that brought forth radar, the jet engine, television, the computer, the internet and more besides. Much of this inventiveness has been smothered by a combination of profit taking and the short-term vision of financiers and politicians alike, twin evils that have emptied northern cities whilst enriching themselves and their southern towns. 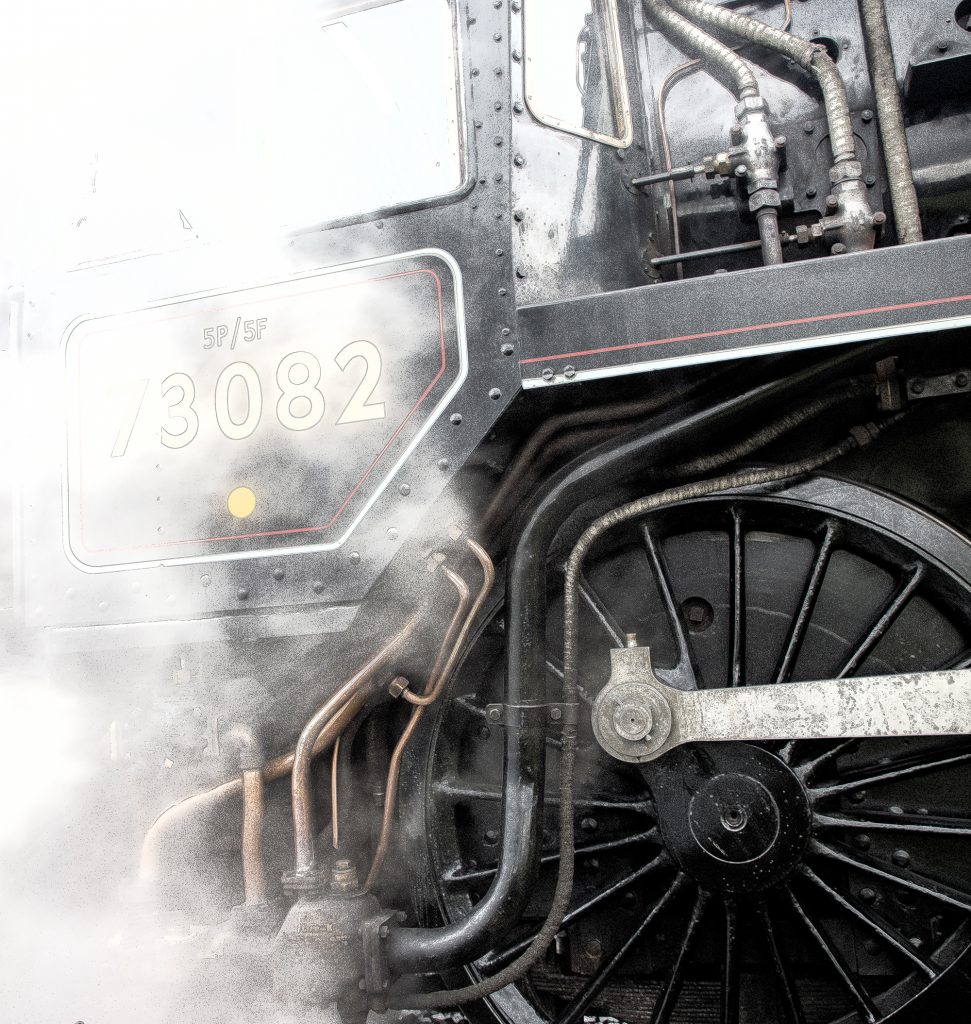 A recent study showed that since 1931, when steam was at its height and British locomotives were breaking records Liverpool’s population has shrunk by 31% as shipping and insurance companies were moved to London and the docks and shipbuilding died through lack of investment. Manchester is 25% smaller, Glasgow 42% smaller whilst the capital metropolis has grown by over 40% in the same period. 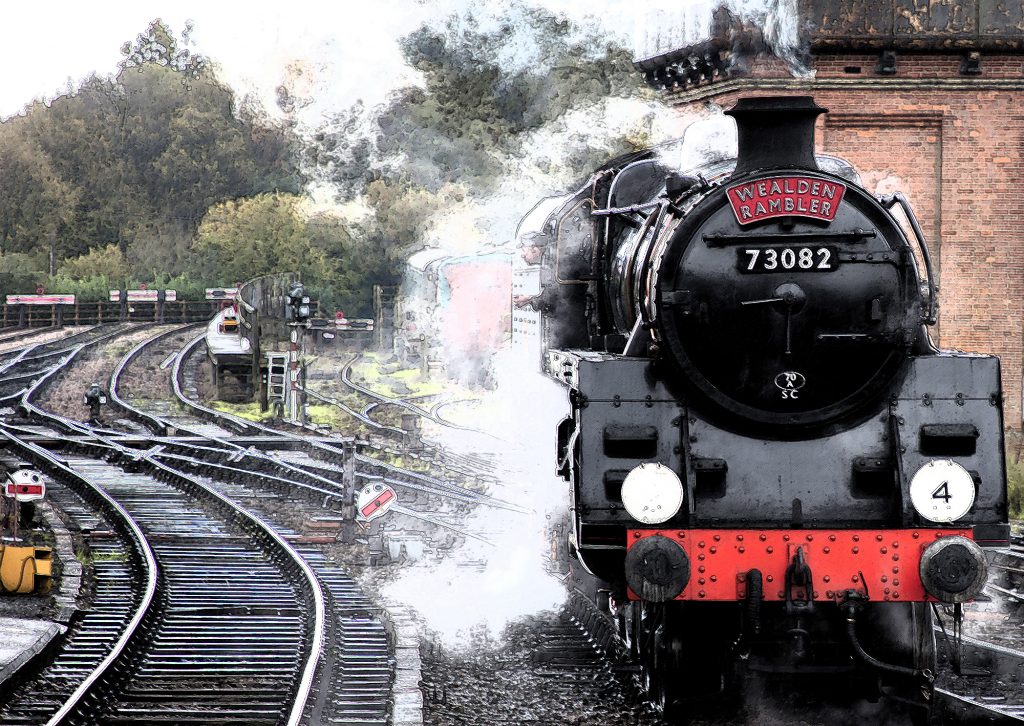 There is talk of reopening a line through Lewes to take pressure off the Brighton line. It will, of course, remain talk as the country will continue to do nothing in case it upsets someone

Not only did the past evoked by these railways show more generosity to the regions and draw on native resources and ingenuity but it still believed itself a ‘workshop of the world’. Now we stand as the first nation to stop manufacturing complete aeroplanes. As a nation the UK builds its naval support vessels in foreign ports to save a few pence at the expense of those shrinking shipbuilding towns – ‘penny wise, pound foolish’ as the saying has it. A nation that imports its rails to run its foreign built trains on. We are a nation that pours money into making sure its civil servants can commute effortlessly into the capital whilst neglecting the shires (figures show spending on infrastructure equal to over £2,000 a head in London compared to £450 in the Northwest where Liverpool council sells houses for a £1 each). 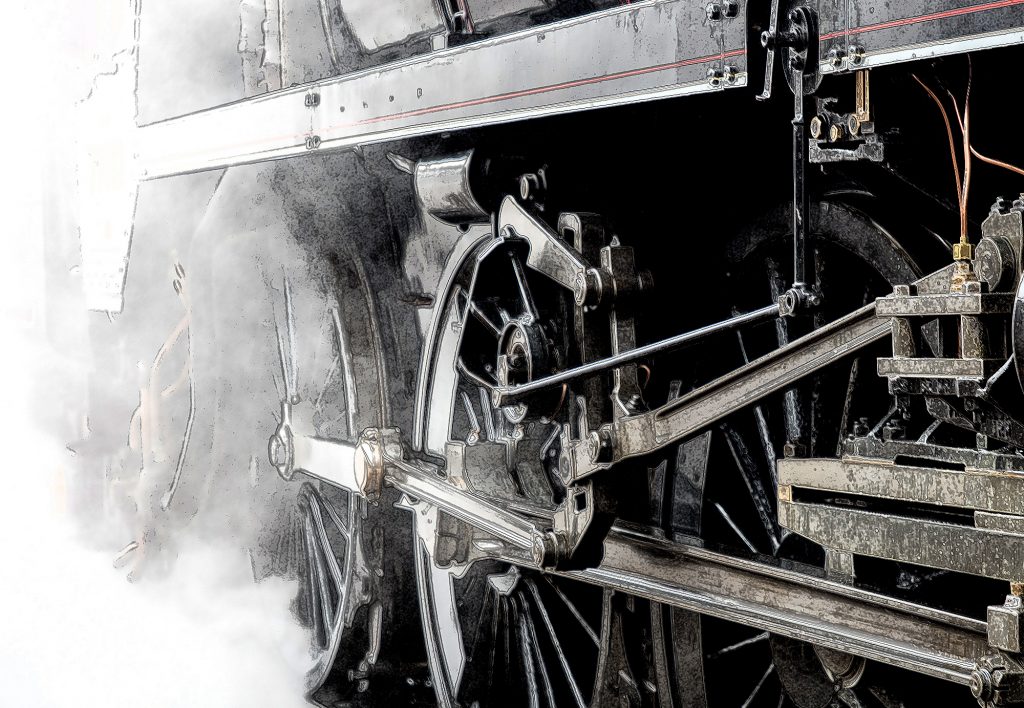 British engines were exported all over the world, and Britain built many of the world’s railways

People who visit attractions such as the Bluebell Line may be indulging in a romantic view of the past, effortlessly forgetting the snobbery, the sexism, the pollution, the smell of coal and smuts, the discomfort of the old style rolling stock, but they are also remembering the genius that built and then threw away that ‘workshop to the world’. 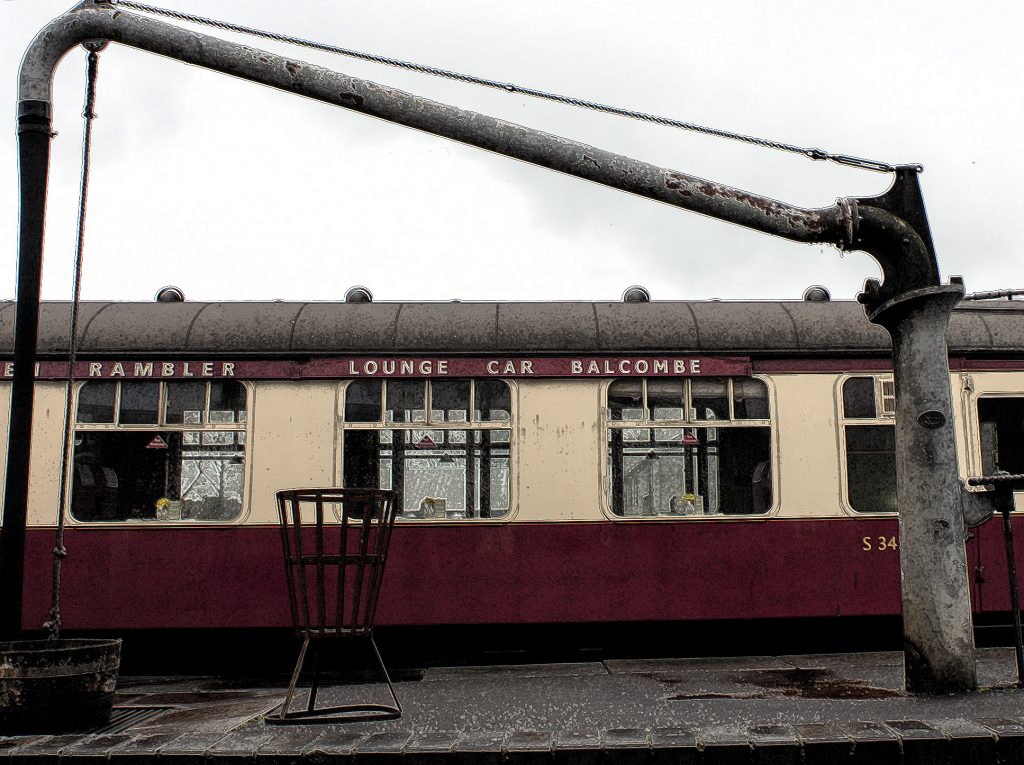 I enjoyed my bout of nostalgia even if it left me grieving for a nation sold down the river by its politicians. Thank goodness some care about our past, and are willing to give their time and pride to share it with others. You can enjoy these escape hatches too, there are 181 of them, not just in England but 22 in Wales, 9 in Scotland, 7 in Northern Ireland with an incredible 3,000 preserved locomotives between them. 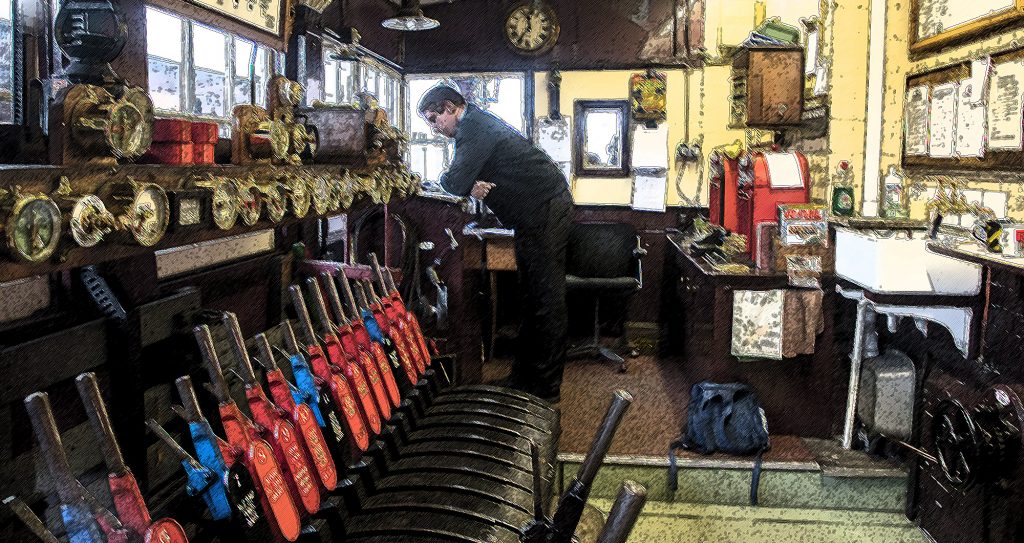 Not just engines but rolling stock, buildings like this signal box, and skills are all kept alive

My day was at the Bluebell Line (www.bluebell-railway.co.uk/ ) which runs the UK’s first preserved standard gauge passenger railway, re-opening part of the Lewes to East Grinstead line of the old London Brighton & South Coast Railway in 1960. Since then it has developed into one of the largest tourist attractions in Sussex running over 11 miles of track. Spending time there with such a disparate mix of people made me remember again, as J. P. Hartley says:

“walking to the cricket ground with the team, sometimes trying to feel, and sometimes trying not to feel, that I was one of them; and the conviction I had, which comes so quickly to a boy, that nothing in the world mattered except that we should win”.

Buy your trip into the past at the ticket office