Cruisin’ for a Bruisin’

I don’t do cruises. That was the theory anyway. The idea that I would voluntarily confine myself with hundreds of people with no escape filled me with horror. Going on holiday with a whole village? Many years ago, as Editor of HotelDesigns, I organised some reviews of the design of cruise ships. I was taken on board the then new Queen Mary 2 by the designer, being given a grand tour for the day. A beautiful ship with contemporary interiors by specialist ship designers SMC, MacNeece that was for those old enough to remember the famous man himself, who once said to me he travelled the world winning contracts to design ships only to have his studio ‘fuck them up’!

Plenty of storage room, bags went under the bed

Whilst QM2 was testament to the skills of SMC studio in creating elegantly designed spaces it did demonstrate one quality to me quite clearly – there were few places to be private apart from the cabin. That cabin too showed that the star rating claimed by a cruise ship was a star below the equivalent hotel – in other words if a ship claimed 5 stars then the cabins would be but 4 star.
Since that visit the cruise market has exploded. At one time there were 27 cruise ships being built and the village of people had grown to a small town – going from 200 or so cabins to ships with 5,000+. The journey on a small ship started to claim a premium price, small being some 280 people, whilst the major ‘fun palace’ ships now host over 10,000 souls. The problem remained the same – public areas were busy streets, café and restaurant spaces meant sharing table (mostly) with random strangers. It felt a bit like going back into a college environment – all meals found, small room for privacy and the space shared with a random collection of people who one may or may not like.

Like any man I just supervised – i.e. kept out of the way

As you can tell I am perhaps not the most sociable person in the world. All this too would be at sea, a surface that was subject to violent storms, huge waves and wind and spume across the outside decks. The attraction that took me on board was to visit towns inaccessible except by exceptionally long journeys. Those become the destinations with the ship often mooring in the centre of the town. Usually shore time could be the escape although for many disembarkations were organised coach trips, something else I have learned to dislike although like North Cape a necessity to reach the point of the journey.

Leaving the luxuriously? appointed cruise terminal in Southampton. Needs to up its game a bit I think

I value the individual liberty a car brings, stopping where one wishes, picnicking, choosing where and for how long to stop and travelling in one’s own environment. In some 45 years in the hotel design industry I only stayed overnight on ships in the spartan cabins of the ferries across the North Sea or the Channel. Ten years ago, when I wanted to visit Norway to Review hotels I went by car, in part I will freely admit, because I wanted to drive over the then recently opened bridge between Denmark and Sweden. In Norway then we drove as far north as Ălesund. But whilst we saw glaciers and fjords, it was the summer months, so it was mainly striking landscapes in the rain. It left one item on the bucket list unrealised – seeing the Northern Lights or Aurora Borealis.

Oil fuels Norway, its state pension fund having invested revenues making it the richest in the world

After listening to the disappointment experienced by friends who had gone for long weekends in Iceland to see the aurora but only seeing clouds my partner and I decided to stay further north for longer. That meant a very long drive as the ferry we previously took from Newcastle no longer serves the route, or a cruise. Inevitably we were forced reluctantly to look at taking a cruise ship to the far North. We listened to friends locally, many of whom were cruise fans, and ended up taking a ride with much recommended Saga – yep the cruise line for oldies! We were to become Saganauts…

The ship boarded 666 passengers. Good number that…perhaps an omen. It had 450 crew to look after us and the first surprise was the quality of accommodation. The cabin was a good 4-star standard (designed by Jan Wilson’s RPW, old competitors for my own design practice many years ago), well designed, as were the attractive if undersized public spaces. The ship was on one of its last voyages being replaced by something, inevitably, bigger. It was fully booked for this voyage. Saga aims at the 50-year-old plus market, but the number of walkers and mobility aids showed we were taking this trip in the company of a care home. Saga makes it easy – collection from your door by chauffer driven vehicle, your bags taken from your front door to your cabin door, no weight or size limitation unlike air travel. 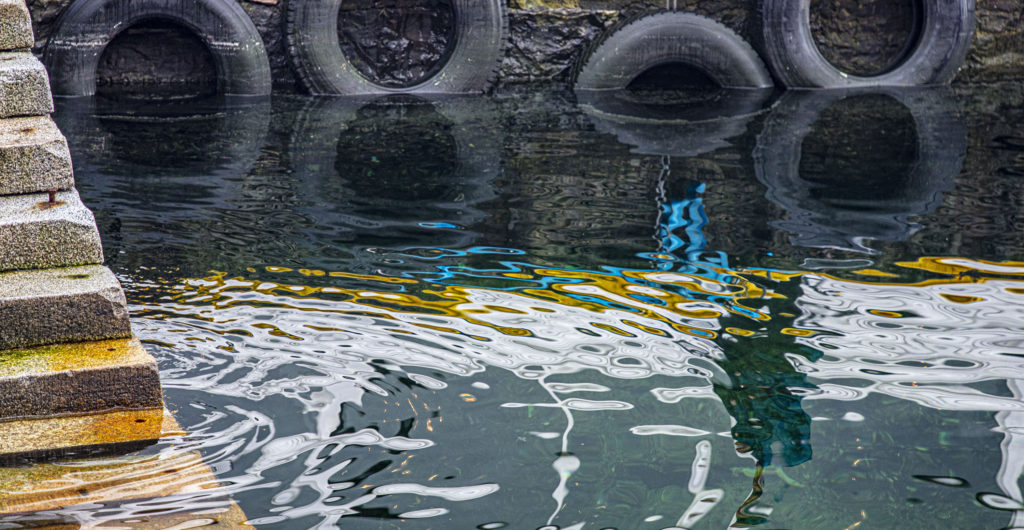 So let’s look at the rest of the voyage – the food was excellent, all wine, predinner drinks, cocktails, beers etc included, no tipping, seamless service, laundry, cabin fettled twice a day and an entertainment programme matched to the upper end of its age profile. One evening stumbling accidentally into a sing-along to WW1 marching songs for instance… Musically the exception was the classical string quartet who were very professional and played some interesting Ukrainian folk derived compositions I’d like to have heard more of.

The lectures were barely concealed sales pitches for the trips on offer often being boringly delivered. The talks on the aurora borealis, the reason many of us took this cruise, were frequently going over the same ground as each other. The first lecturer on the third day admitted he had seen the aurora during the night but hadn’t bothered announcing it for us to see as he didn’t think it would last as long as it did. He was lucky that it reappeared on other nights or he would have been taking a long walk off a short plank!

sunset tints the mountains pink on the edges of a fjord

The ship kitted us all out with arctic coats, most welcome when the trip to North Cape in particular meant we were in still air temperatures of minus eleven centigrade or lower, plus wind chill. But with hundreds wearing them we ended up looking like a tribe of bright red minions everywhere we visited. Made us easy to find in the snow of course. 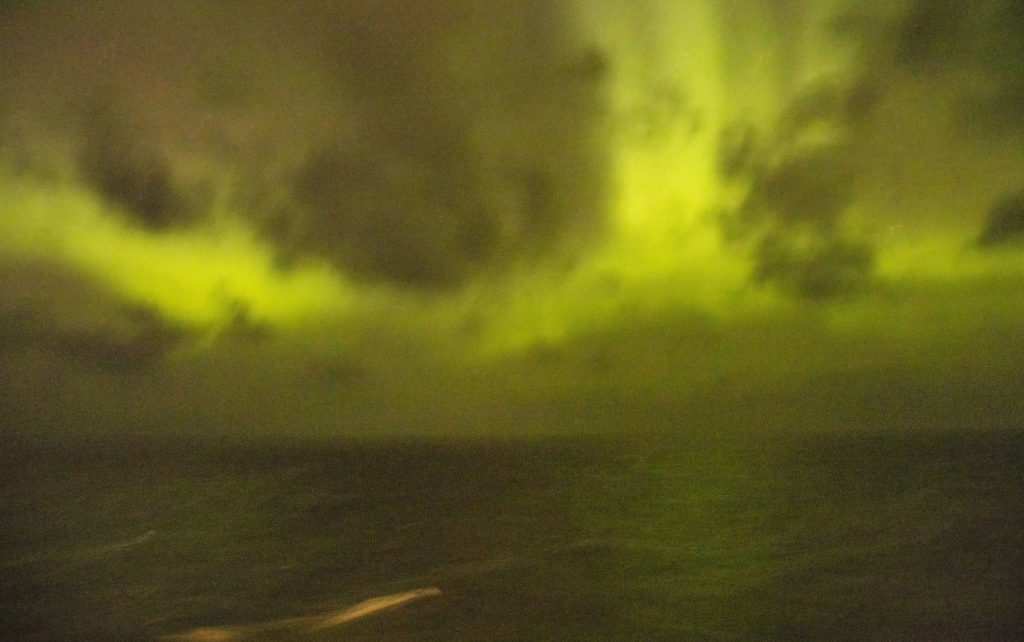 The aurora photographed in a rough sea, an image that I think would have delighted Turner

The ship part got us where we wanted to be in comfort but as the trip went on it became a battle against viruses. The cleaning regime increasingly became intrusive, some people getting dermatitis from the aggressive hand cleansers used, one poor woman reportedly being taken ashore for treatment after ulcers developed under her rings, which had to be cut off. Whether the threat was norovirus or COVID19 was irrelevant as the paranoid cleaning accelerated over time, with areas of the ship closing gradually.

One shore trip to Tromso was cancelled as we approached the mooring as COVID19 had arrived in town just before us. This was beneficial as the alternate quickly and efficiently organised was to move the ship to the most northerly point of mainland Europe, North Cape.

As you will see from the images, Norway in winter becomes more beautiful, a beauty that increases the further north one goes. One night at sea, it was so rough that the four-metre-high waves hitting the side of the ship in the Force 8 gale sounded like the clanging blows of Thor’s hammer. Cruising for a bruising except that stabilization meant a gentle rocking to sleep, no bruising. Unfortunately, the decks were closed as too dangerous so few images could be taken, the cabin ‘window’ being soaked in salt and spray. Thrilling. 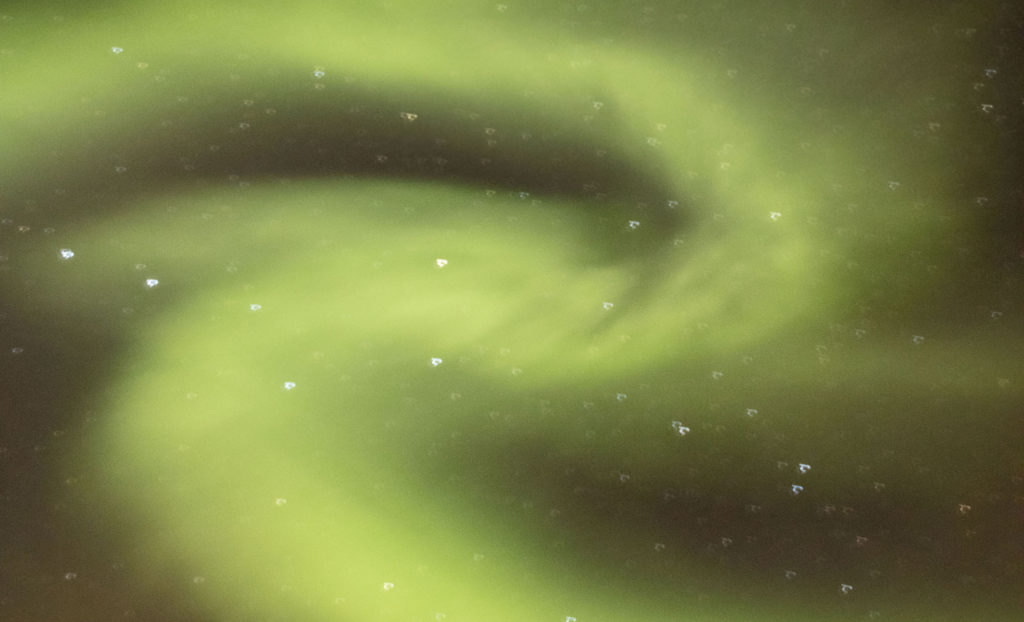 The Plough star pattern pointed our way north, showing through the aurora – the movement of the stars reflecting the rolling of the ship

Did we see the aurora? Oh yes, brilliantly, except for those who took the two hour plus night trip up a mountain to a view on a platform that didn’t move, as that evening it snowed continuously and they saw nothing. However, I captured some images from the platform that was the rolling and heaving, the 12knot voyaging, ship at sea. The first night the aurora was diffuse many people not seeing any colour causing me to christen is the ‘grey miasma’, but the second time around the green was brilliant with just a hint of other colour there too. 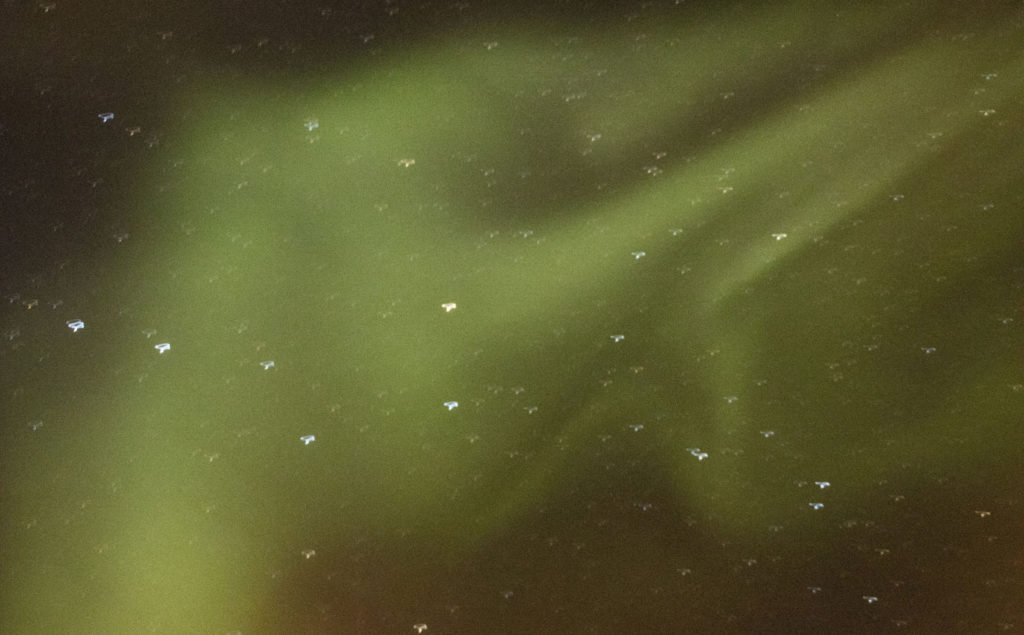 Would I do it again? Cruising appeals to me even less now than it did before this trip, and as I write dozens of cruise liners are struggling to find berths as they are taken out of service because of the COVID 19 virus. Still, would I? I achieved the aim for both of us of seeing and enjoying – no, being entranced by – the miracle of the aurora. The ship took me to places I would not otherwise have been able to reach. It gave us time in winter latitudes we would not have achieved easily any other way. 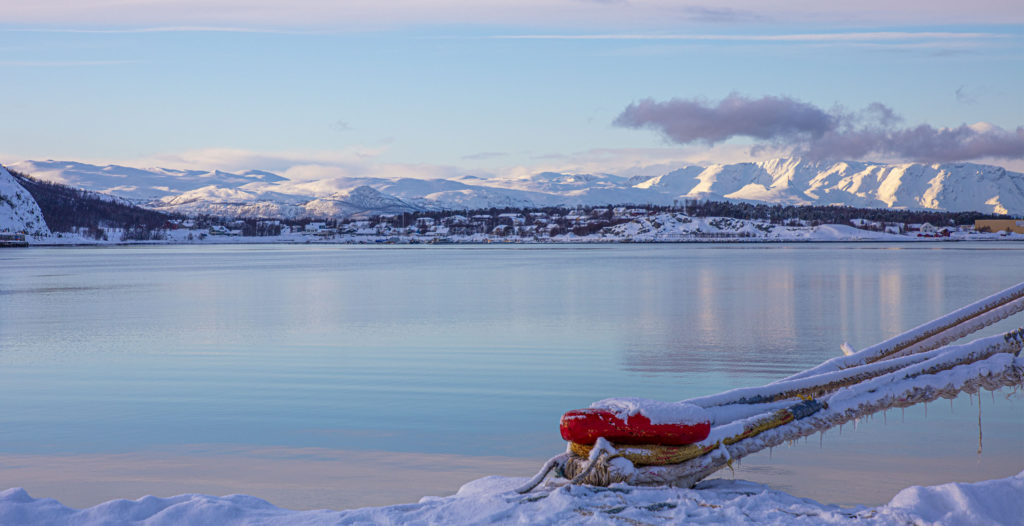 I could not have driven to North Cape, the snow was higher than the coach roof, cars all had snow tyres permanently fitted and drove slowly on snow so a journey to the North cape would have taken prohibitively long and my other half would never have allowed me to tackle it even had I wanted to. So reluctantly the answer is probably I would do it again – indeed OH is planning a possible trip to Svaarlberg/Spitzbergen to visit the global seed bank and to see polar bears. I suspect we will be looking at Hurtigruten’s hybrid powered ships if, indeed there is any cruise business left after the crisis is over. Just launched, the two new Hurtigruten ships are already laid up…

Meanwhile Saga has launched two new ships itself, taking 950 passengers. If I live to be 80 maybe they will be for me. It seems a walker makes it easier to make your way down a corridor whilst the ship is rockin’ and rollin’… But if I can drive there I will! 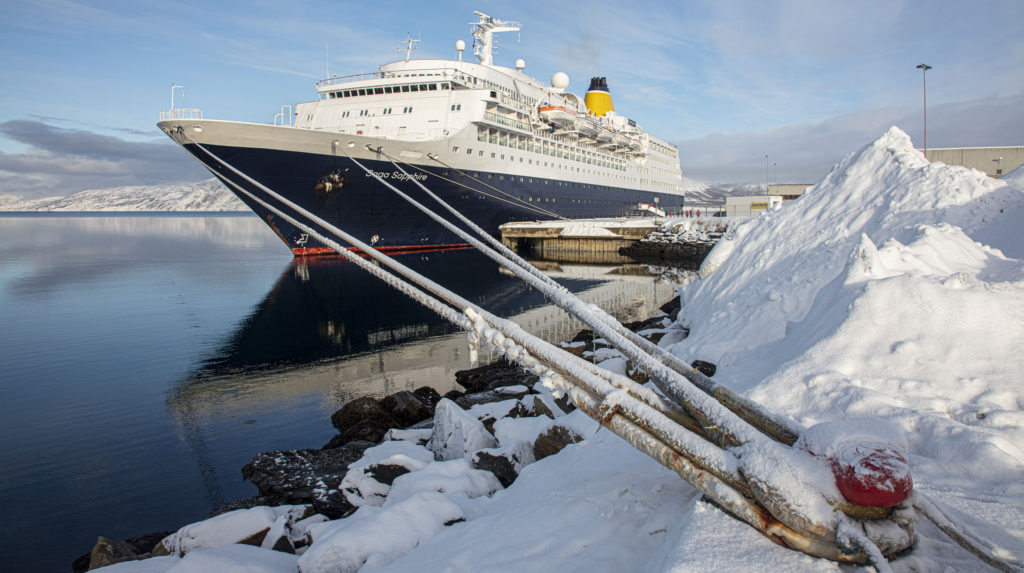 North Cape, under snow for 5 months of the year, receives around 200 visiting cruise ships a year. Despite oil revenues tourism provides employment for many, much as tourism does in Botswana. COVID 19 will have a devastating effect on these economies