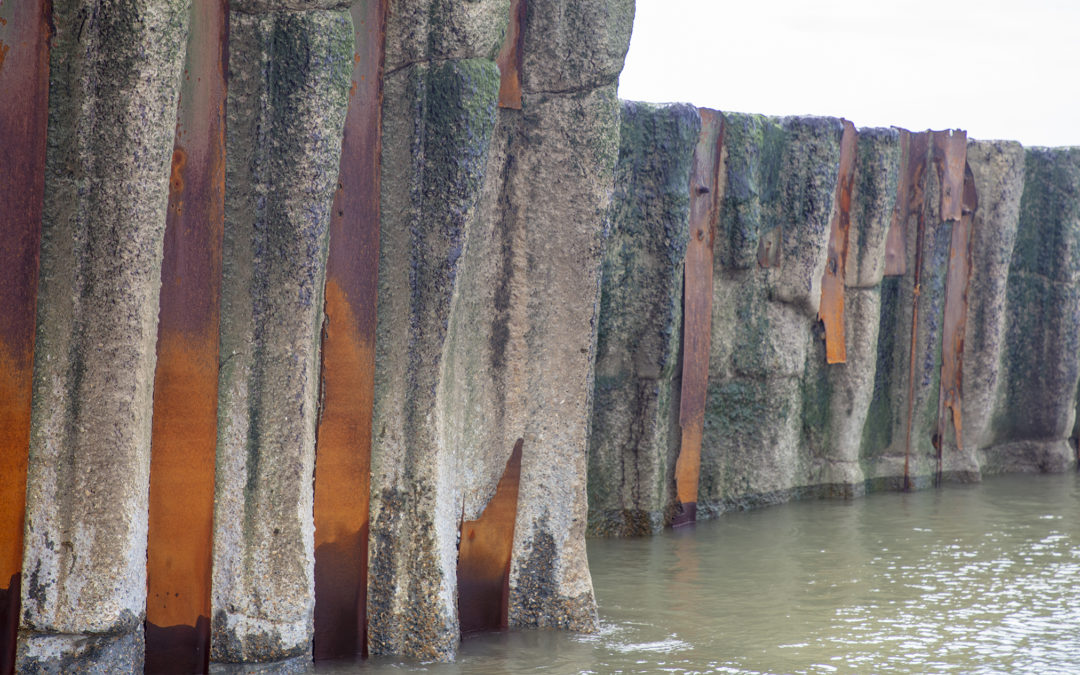 In my last piece To See or Not to See I talked about photography. It was of course the driver behind much of the change in artistic perception, from Muybridge to commercial soap adverts (Bubbles), all building and subtly altering the way people see or use their eye/brain combination. This obviously impacts visual education, where children’s ‘innocent eyes’ remarked on by Picasso are so rapidly destroyed by electronic media, whether that be television or electronic games. As an idle child I would play with pencils and paper looking at the world around me where many now look to machine screens, substituting passive for active participation in life.

As an artist I have grown into using digital cameras. At first this was driven by my work as a designer and later as a design critic photographing interiors, working through two decades in which magazine editors replaced the ‘in house’ photographer with sourcing imagery from the growing tide on the web, and using the results blindly having saved further money by ridding themselves of picture editors, who had the ability to distinguish between the genuine and the manipulated. As the editor of the London ‘Times’ newspaper wrote, where a picture was worth a thousand words, it became worth two thousand. Unfortunately, where words could be judged for their veracity, many editors lack the ability to distinguish fact from fiction in imagery – including major international publishers like the BBC. 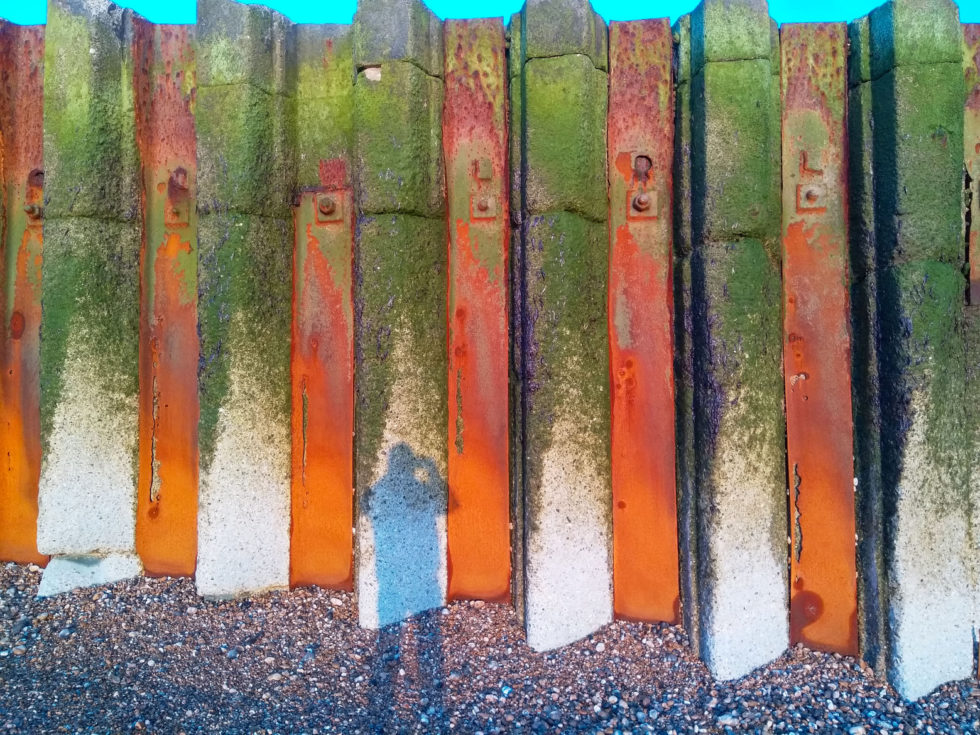 In my studio I work both in notebook and sketchbook but have a wall on which current work is shown (my ‘ponderwall’) and another space on which sits the photographic imagery I am working from, printed out large at A2. Frequently the imagery I am using is a tiny piece of a photograph enlarged to reveal some colour and texture details. This little sequence of works here shows the ways in which this can go before it is summarised on canvas. Not all imagery makes it that far and of some 50 works on paper this year only 7 have made it onto large canvases.

My starting point is a walk. My fascination with the steels in the sea walls of Seaford and Cuckmere Haven goes back five or six years. There is also a fascination with harbours going back over ten, and a new fascination with a piece of woodland that has yet to work though into the studio but probably will (there is already a couple of picture albums such as this recent posting https://www.facebook.com/media/set/upload/a.10165725163290507/). 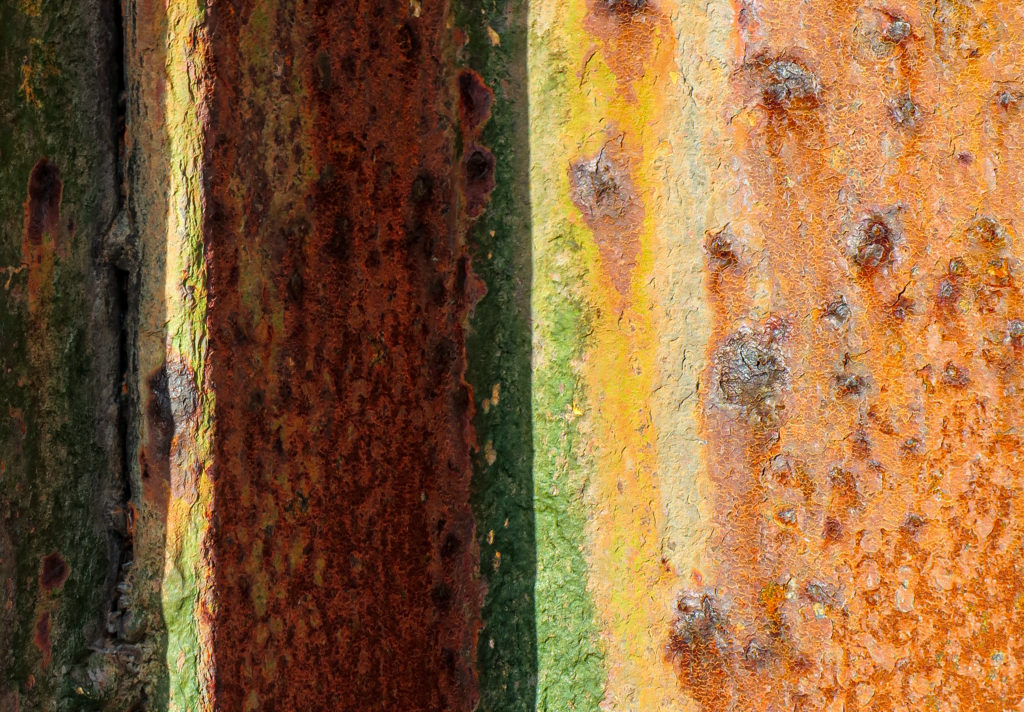 The beginning. An enlargement of a section of a photograph of the steel eroded and light and shade effect

The photo image I make is taken from a larger detail, a piece of visual editing that probably happens in the first instance in my head on the walk and then is continued on a large screen in the photo studio. Immediately I am moving into an alternative reality. It starts with the camera. Technology has moved away from film, chemically developed. I know from working with that process in darkrooms how it can be manipulated, but that manipulation required skills in a dark room, skills in working with light and chemicals. Now an anonymous technician has put much of the processing onto an electronic chip inside the camera.

The first step is to take the photograph and match it to what I saw. Even in Photoshop, the premier professional package, the process of taking raw data and making the image may be modified by automatic processing that tends to lift exposure levels to give results that presumably match the Californian light quality of the American technician not the cloud obscurity of English light. So already the vision of the Japanese chip designer is modified by the programming of a Californian. I adjust the image match my vision. The question then is how subjective has the result become? 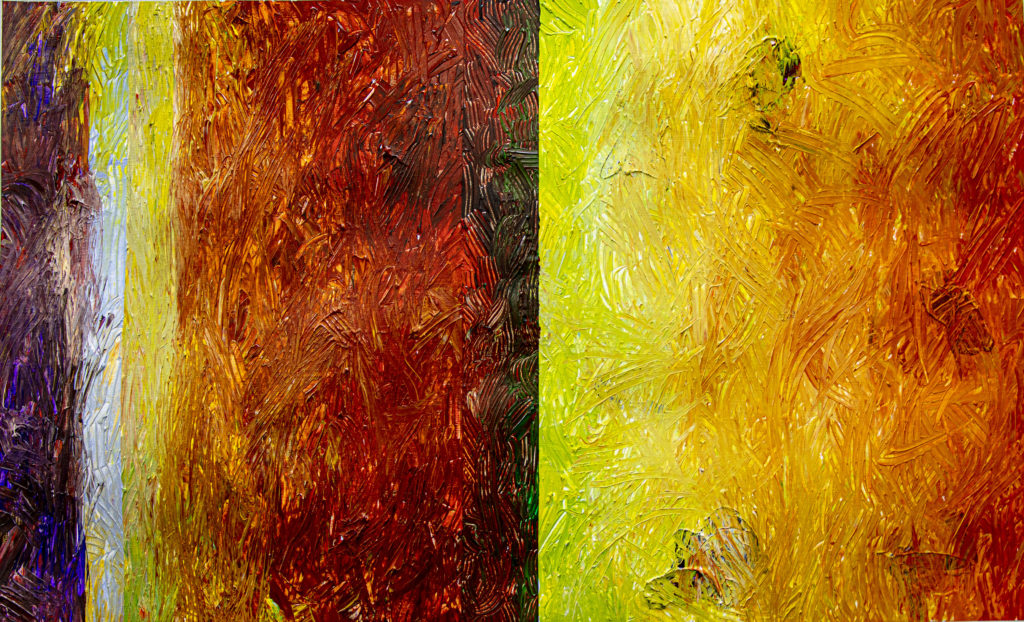 The 75th work on paper. 27 x 15.5 inches, acrylic on paper primed with gesso. This one entitled BRotS#75 ‘Sunshine and Shadow’

The answer now is it doesn’t matter because I am the artist, and I am recreating the vision I have of the world. Then the painting begins, and as I have said before I continue to tiptoe along a line between reality and abstraction. I want to play with the values of colour as emotion, with colour as movement, representations of space through perception of colour and tonality not through the artifice of illusion. So, the first painted version looks at colour and the interplay along the edges, sets the pigment choices and the mark making implements, all traditional painting acts.

The second variation looks at hardening the edges, pushing the colour more and then a third variation removes the hard edges and plays further with the colour. Of course, there still edges in the marks themselves, each mark having a physical identity, and the mark is important to me as it says clearly this is not machine made. This is a human artefact expressing the fusion of hand and eye, the eye an extension of the brain, the only external organ directly connected to it. 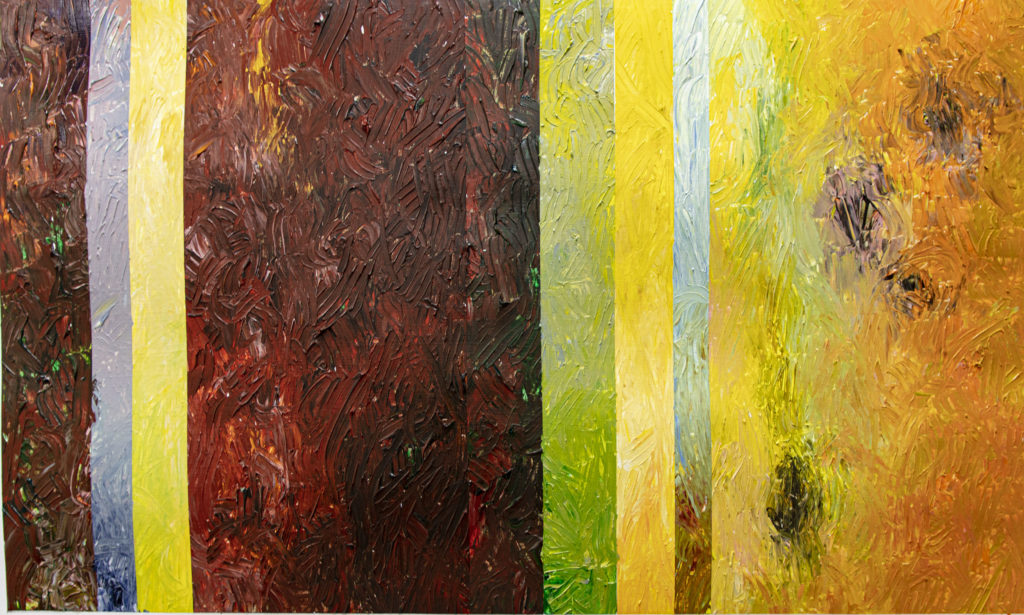 All art is human artifice whether it is dance, music, film, or photography for example. All is an invitation to see the artifice as a new reality. This invitation goes further in electronic media with current experiments in Artificial Intelligence opening a door to the creation of genuine artificial realities in which humanity never experiences the real. If you live in a large city you already have an environment that can control its own weather by the heat stored in its building, where contact with the real is restricted to that constructed by the city itself. 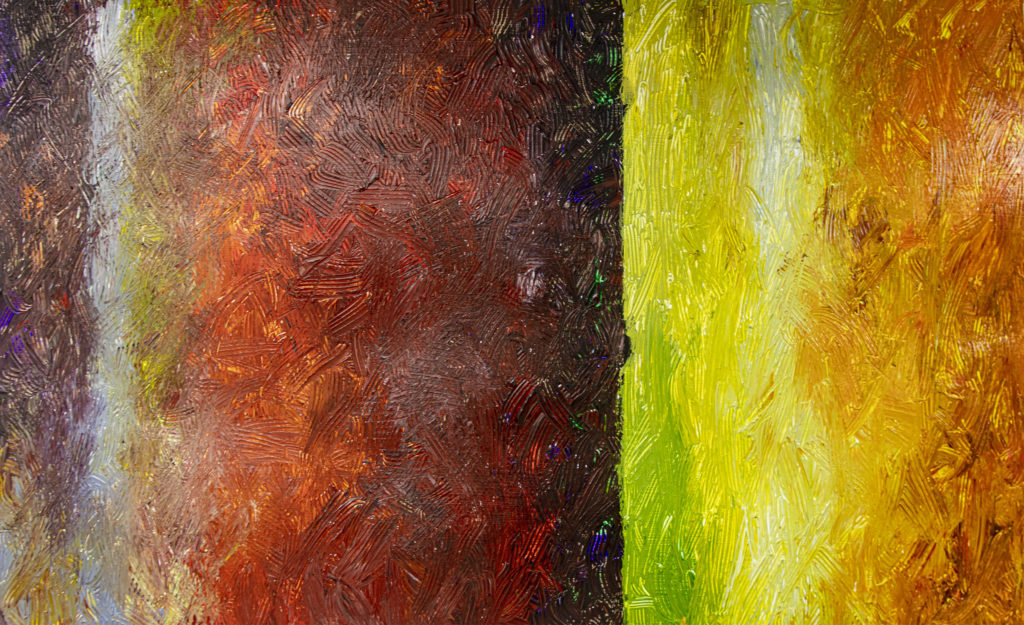 BRotS #80 Rusting Metal. The only edges are brush made, not masked as a gradually push towards a larger canvas

I am following an instinctive visual path but always questioning the nature of the art, the way in which I reflect the decay of our civilisation, portraying this through the beauty of decay, losing myself in colour, creating an individual parallel reality. What is the role then of an audience? Is it just the mark of approval for the creative? Is it simply to acknowledge the event happened (the ‘tree in the forest’ analogy)? When I see a large Monet or Turner, even some Hockney’s or Tom Phillips, I can feel I am walking into the painting immersing myself in them, entering their dreams.

Painting is a different world of experience, create an alternative world of beauty. Successful paintings, like music or the movies are doorways to engage with other worlds… and there is no need for any drug to help you enjoy them, you just need to use your eyes, open your mind as Huxley wrote, open the ‘Doors of Perception’.