The Dustman and the Baroness It’s been a long road to the studio in Seaford, and time has taken its toll on my body, if not my mind. My next show opens in a couple of weeks, but in the middle of it I have yet another operation, this one major. Testing time through which my art and my lover have sustained me. It has been quite a journey.

When I left college I worked as a bar/cellar man for four or five years whilst working in a studio that was part of a ‘squat’ in the centre of Brighton, just off the Steine. I had several exhibitions in the Lanes before realising, despite their success, I would never get out of crap rentals if I didn’t do something decisive. I had a couple of hundred pounds saved, and looked around to see the cheapest place in England to buy a house. Then as now, it was in one of the neglected industrial heartlands of England, still one of the cheapest places to buy because neglect by government after government for the last 40 years has resulted in a declining population, keeping property price growth well below that in the overcrowded South East corner of our country.

I visited the bank to raise a loan. The house, an 1860 clog makers terraced house (featured in Paint n’ Place) cost, in 1974, just £450 – and can probably be bought today (2016) for around £30,000. The bank manager thought I was talking about the deposit at first. I explained that “no this is the price of the house”. A Brighton man he laughed and said “that’s not how it works, you put down your £450 and then pay so much a month, it’s called a mortgage”.  I laughed and said “no that is how much the house costs”. He looked at me speculatively then eventually lent me the extra, saying that “if the house fell down after a year I would be in profit compared to the rent you’re paying in Brighton”. Only as an afterthought did he ask about jobs. I had no job to go to, but I got the overdraft – are there bank managers like this around anymore?

Within a month of moving I took a job as a dustman, and turned one of the two large bedrooms into my studio. As a dustman I started work at 0630hrs, and had usually finished by 1400hrs, spending five or six hours a day in my studio – a pattern I am only now re-establishing, except of course rising is more leisurely than then. The wage was good, time worked well and the loan was paid off very quickly – the house running costs were £6 a month… I moved on from being a dustman after some months, working firstly as a screen printer and then finding hours teaching art and design in the local college. 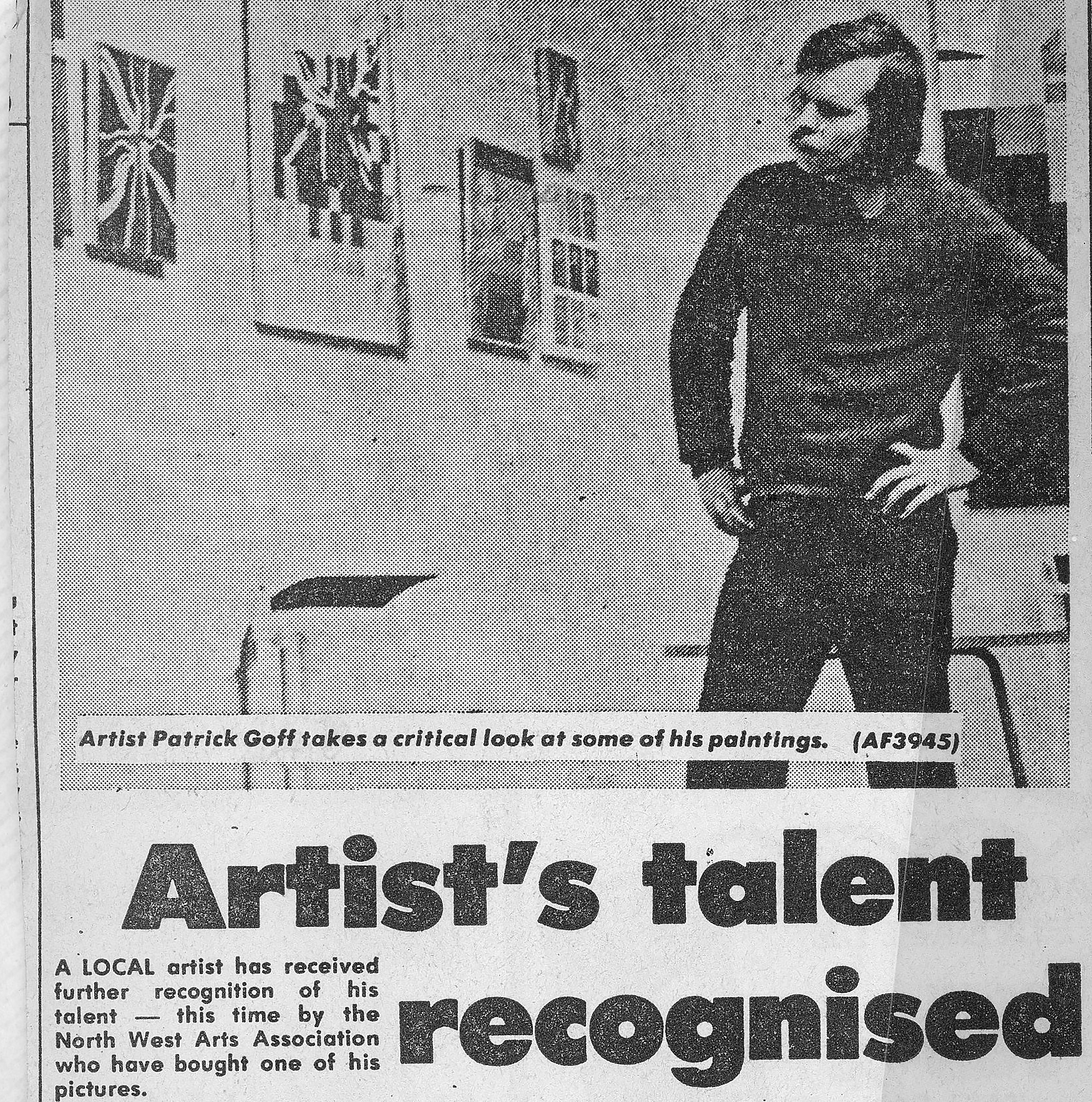 From a Blackburn news paper, the dustman contemplates his show in Blackburn’s Lewis Gallery, 1976

The careless ‘sang froid’ of youth (although I was in my late twenties, I felt so young, much as I do sometimes now) had me driving my work forward in a way I was foolish to abandon. I started exhibiting and had some 3 shows a year at one stage (see the about page on my website for examples), initially relishing the involvement with the art world. I have never been afraid of hard work and mostly enjoyed physical labour, whether re-plumbing my house, working as a dustman or labouring on farms. What I didn’t realise was the toll that this would take on my body. Whilst mentally I have relished the challenges and variety of the jobs I took, the ways in which my body has been stretched have taken a toll, from the cancer I lay at the door of the screen wash solvents I used, to the joint problems that are now coming from carrying 50 kilo bags of feedstuff around a farmyard as young man.

Mentally I progress well in the studio, beginning to get some fluent thinking about my work, and refining my technique again producing work that contributed to Waldemar Januszczak saying I have talent and writing in the Guardian of one exhibition that it was “a stimulating, highly enjoyable show”. Be nice if he trogged down to Seaford to have a look at my show he didn’t of course and I collapsed inthe private view and was rushed into hospital early. Physically the decline in my health was marked by a major operation and leaving me in a hospital bed an experience described in ‘Traumatized’   which started as a black comedy piece of writing and became something much darker. The show was a success looked after by Oh and her monstrous regiment, to whom I am eternally grateful 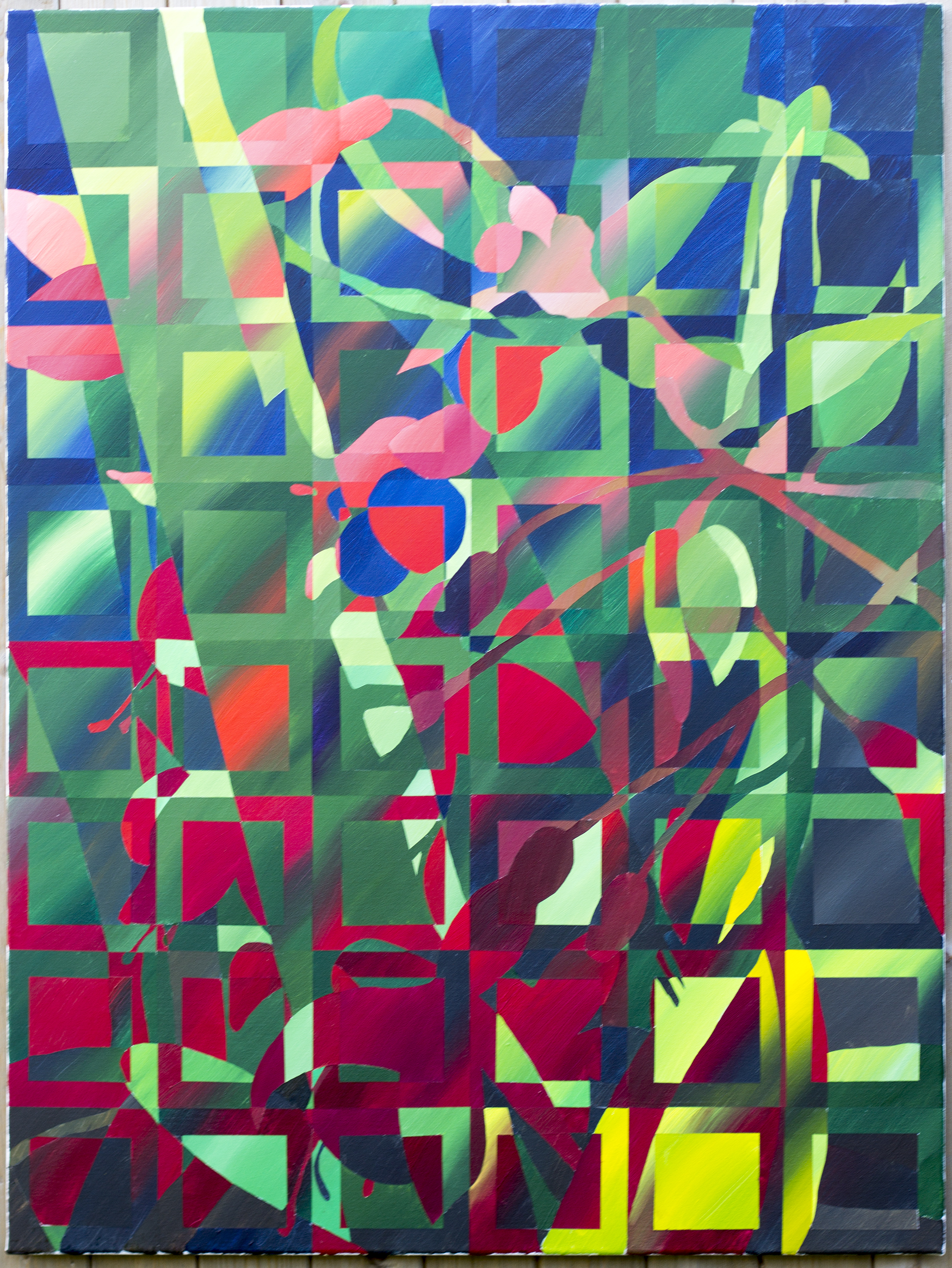 So how did I end up buying my house in Seaford? Much water under the bridge – from millionaire to basically bankrupted by the Tories chasing the ERM, then rebuilding the design business to a million a year turnover from scratch again after going back into education for the salary to keep things going. Forced out of the business and creating the online magazine that was HotelDesigns, no income for a while but eventually rebuilding turnover and income until the cancer came. Now rebuilding again, with for the last 16 years the love and support of my lady. We looked at buying in Seaford as this is home ground for her, stumbling on this house by chance and grabbing it. Astonishingly it was owned by the ex-principal of a major London art college, and his partner, a peer, the Baroness of Darwen. Yep, the dustman from Darwen bought the house of the Baroness of Darwen. How’s that for social mobility? 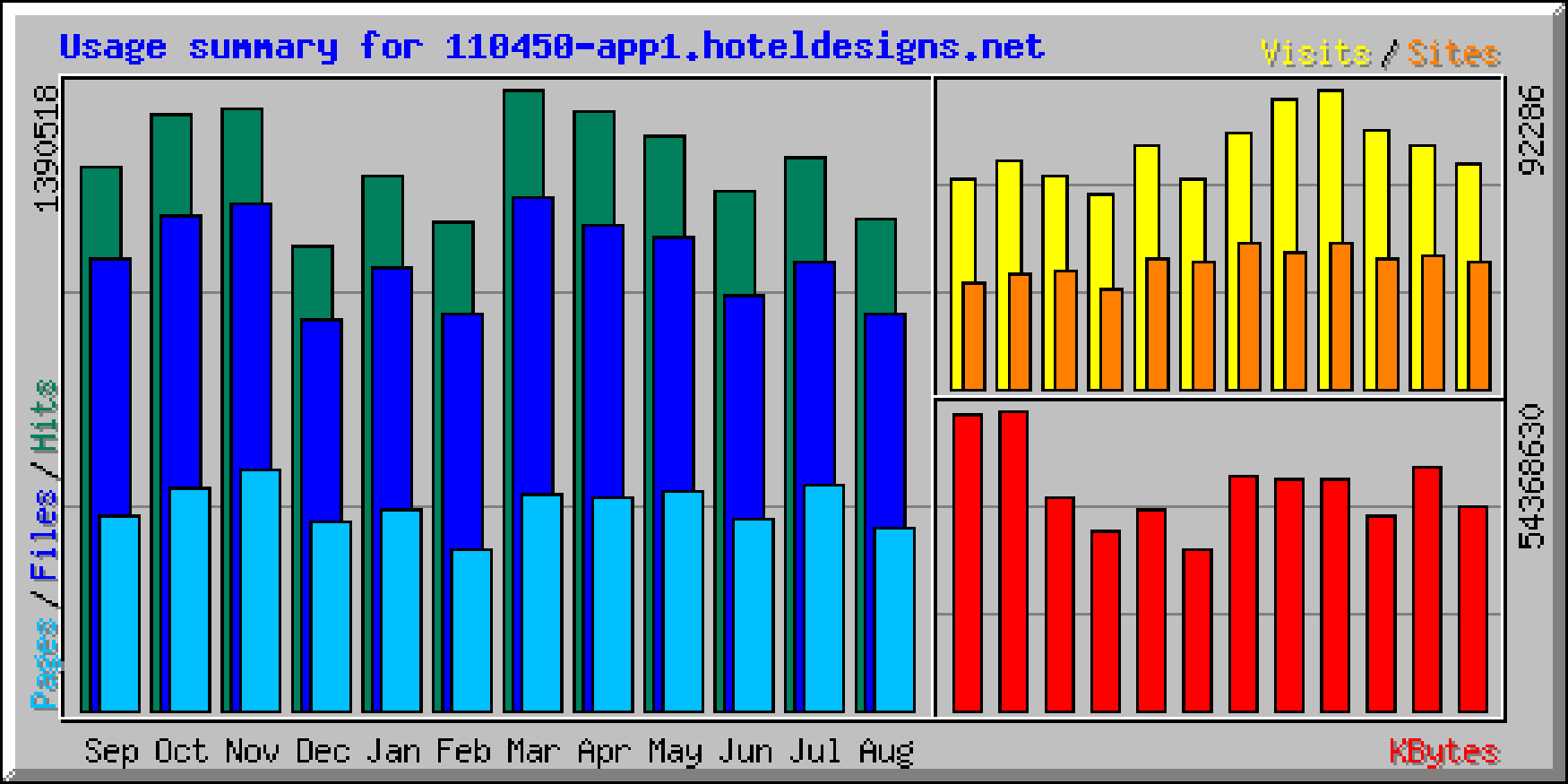 The studio occupies a corner at the bottom of the garden. Despite the interruptions that come from the last two years of medical interventions I am once again in a most productive painting place. I am working through many issues addressed 40 years ago, facing similar questions and finding similar answers. At this rate I will soon pass the place I was at in my creative thinking in 1980, and then onwards to find new solution to address new problems. Painting is exciting and rewarding.

Meantime I paint therefore I am, and you can follow progress on my Facebook studio page, where most days I post an image of what I have been up to and say a little about my thinking. Of course scale is everything in painting. Scale of the brush mark is expressive. Scale of colour changes perceptions. I like paintings that embrace the viewer so for me, anyway, bigger is better. Probably just as well the studio restricts how big I can go or I would be back to the 10 foot by 9 foot canvases I was creating in the late 1970’s….

So you need to come to a show to see the work in reality, since the digital images can only give a feel of what the work is like.

Oh, and if you know where any of my works bought by North West Arts or Hilton Hotels have gone, please let me know too…