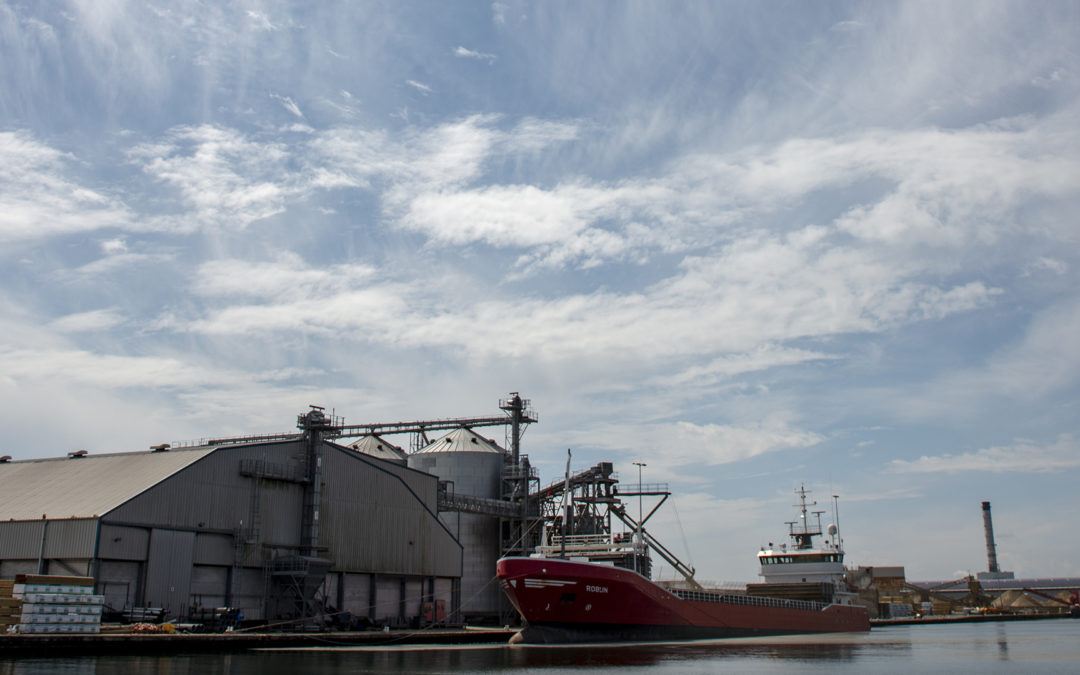 “The artist has one role: to see on behalf of other people. Each tries to make small steps forward in seeing for he is the one whose eye and brain should be in union and accord”
says Tom Philips RA in Tom Philips, ‘Words and Texts’ Thames and Hudson 1992

I spent many years as an educator in colleges and in companies. I trained artists and designers to use their eyes and brains (in debt to E.L. Gregory’s book called ‘Eye and Brain’). Some have even gone on to use their training successfully. My enjoyment of art, including the creation of my own, is about vision, about seeing my environment – not an abstract mental polemic like the work of Rob and Roberta Smith, but the beauty of life and our world.

In my search for beauty (and remember, beauty is in the eye of the beholder) I treasure what I see every day. My art is based on the images of my own landscape – my garden predominantly, including recently the everyday washing line. It is not limited to this area of course and I use photography to extract both detail in my garden but also from walks, tours, trips to other places. Some in these blog pages show that curiosity but I also take memories of art seen and find parallels in the world I see. 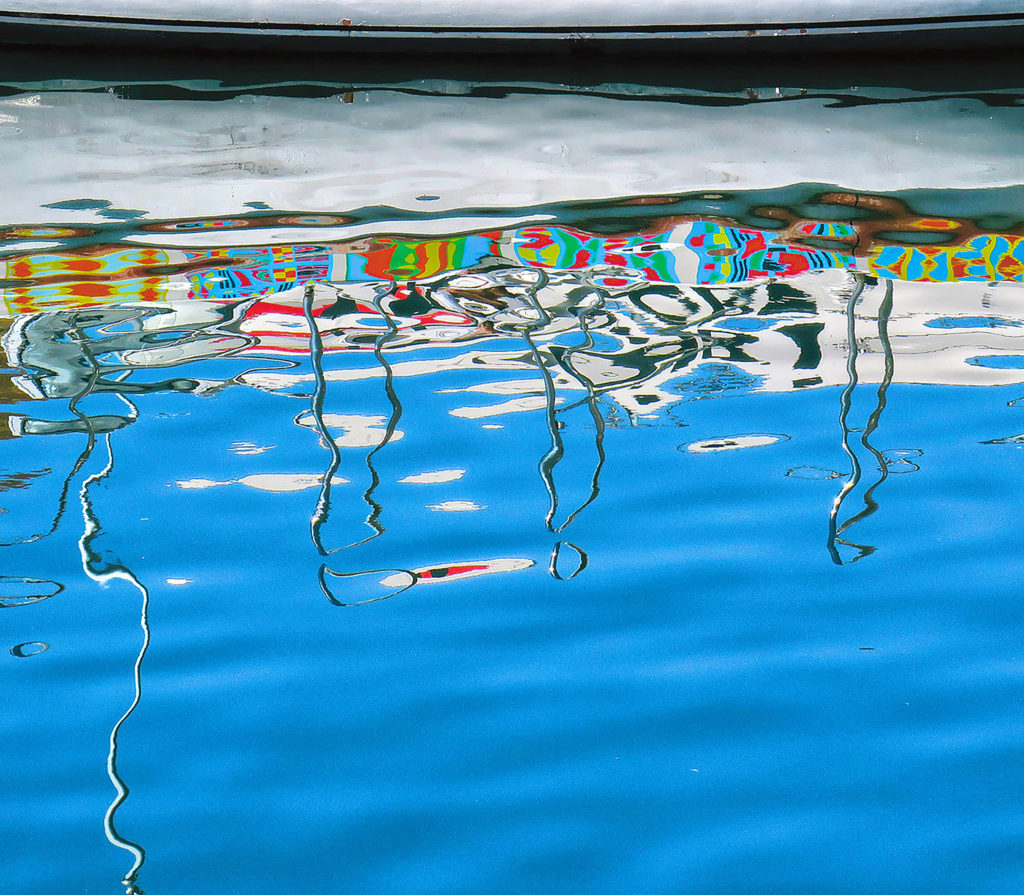 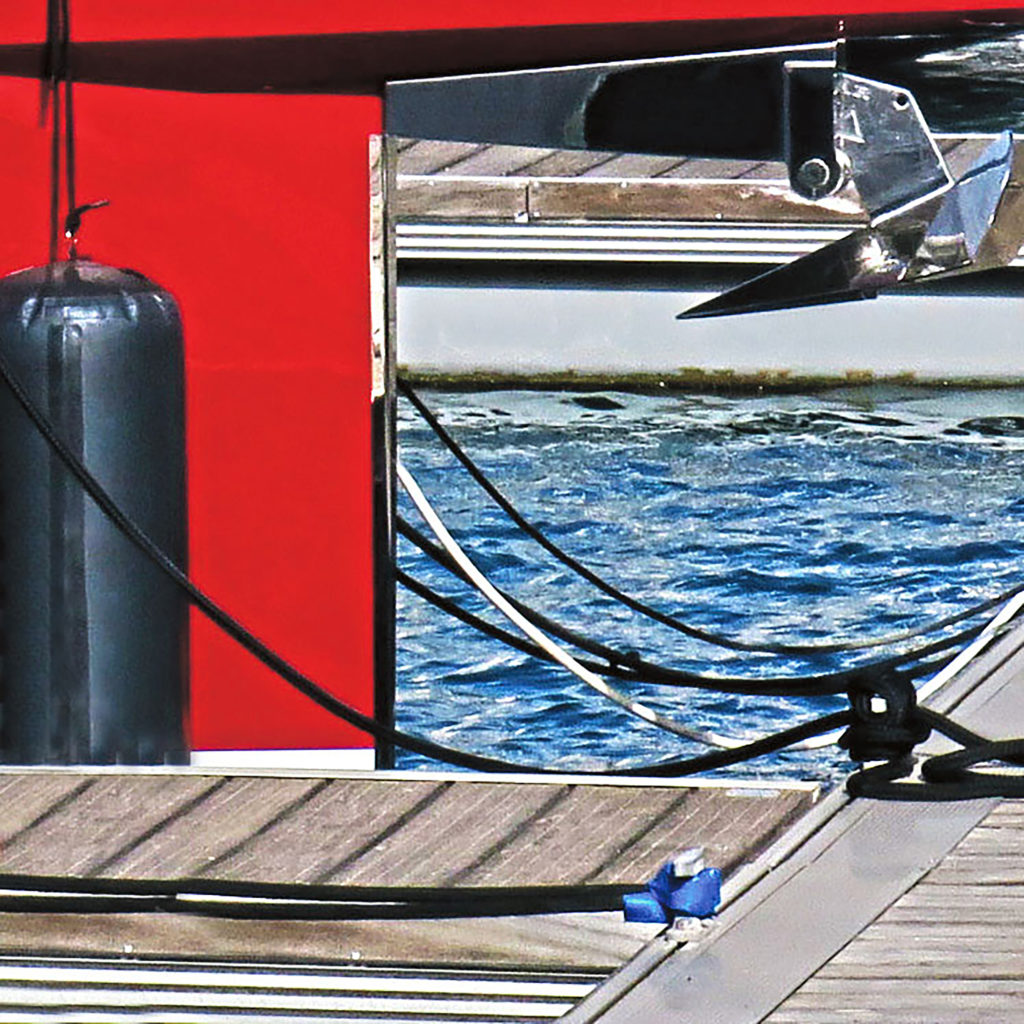 As I look my seeing is influenced by my previous visual experiences and training, so notes are struck of parallels with the work of other artists. It is interesting to mine images to see parallels with their work, not just in harbours but for example, in this image I took of a tourist risking his life above Birling Gap, looking like one of the bathers in Seurat’s ‘Bathers at Asnières’ painting. Here’s a challenge – can you name artists whose work seems mirrored by these images? 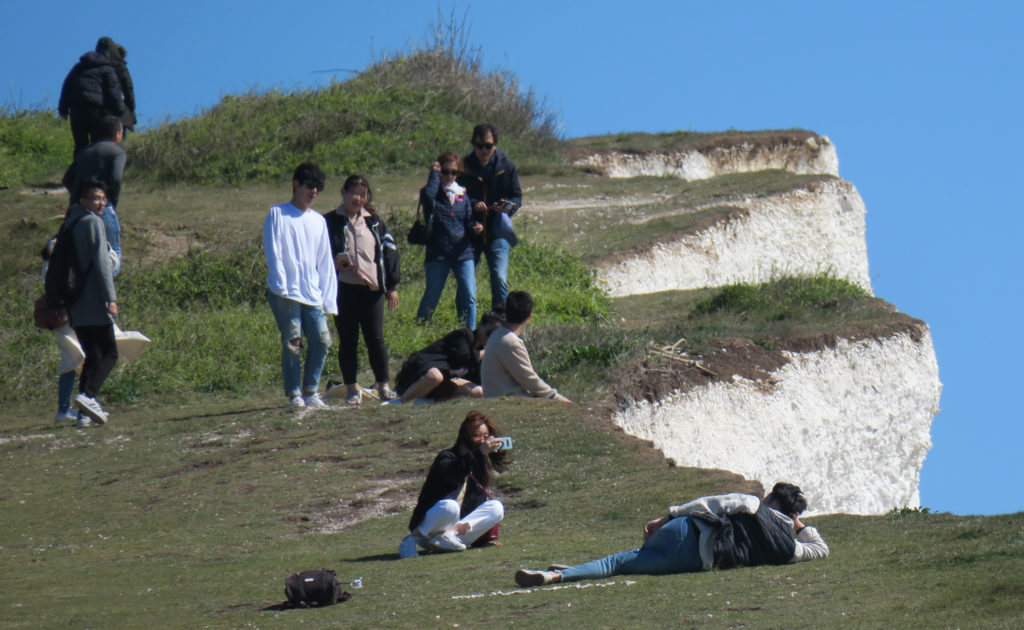 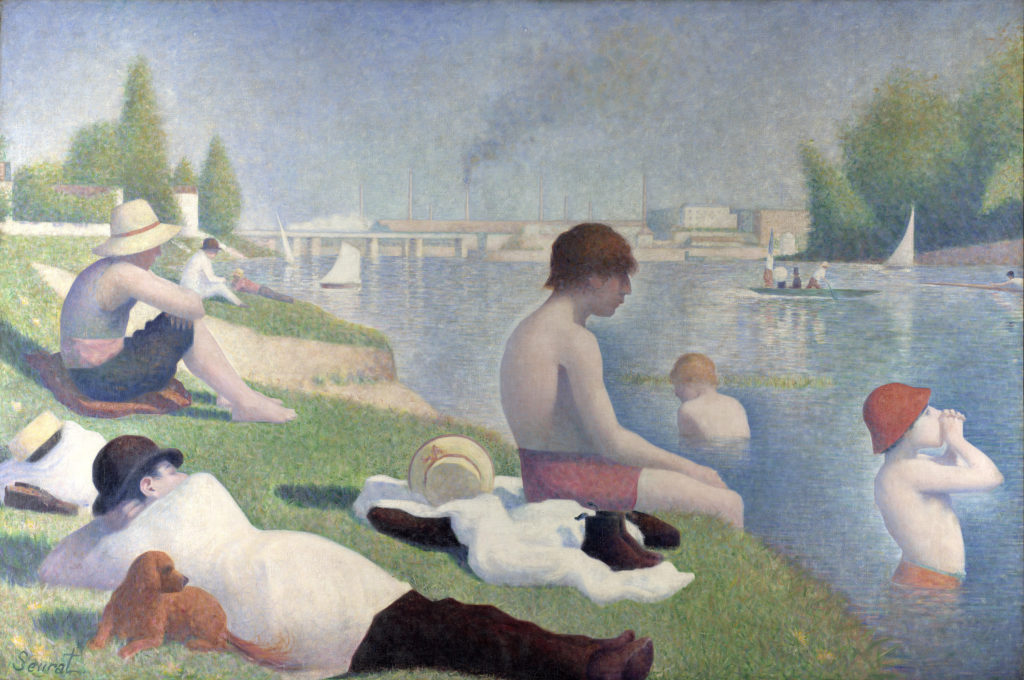 Sunbathers at Birling Gap (above) (below) Seurat: Baigneurs a Asnieres

I have produced a book based on the Harbour images as well as several prints. Recently I had a local equivalent of a trip around the bay, taking a tour offered by Shoreham Port as a part of its initiative to engage with the local populace and to showcase what the port does. For £2.50 including free ice cream and coffee I had a boat ride around the port, a golden opportunity to capture some of the beauty it contains. 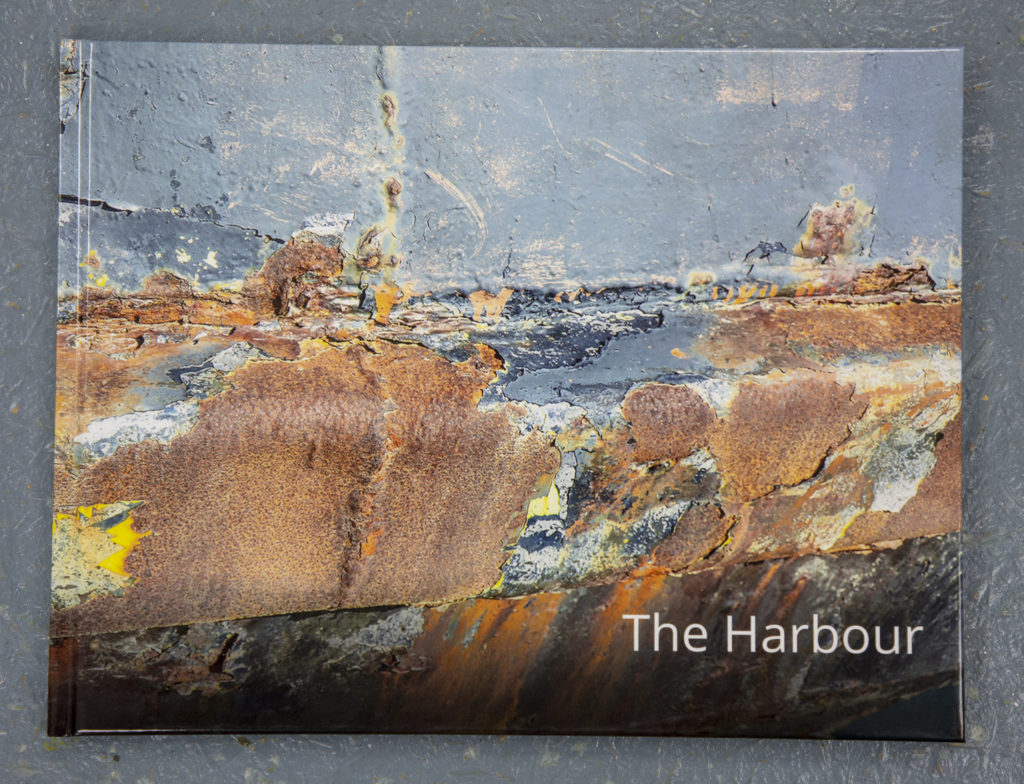 I have captured harbour scenes in Norway, Ireland, the USA, South Africa and there is a similarity in the way in which the clean sea air combines with sunlight to give a light that has captivated artist for generations – the Impressionists on the French coast, English artists in St. Ives amongst many examples. For many artists today this sensitivity to their own environment is crushed by the enormity of city living, detaching them from seeing a brutal reality as they retreat from it into an intellectual, often polemical and political, world or worlds of abstract phantasy. 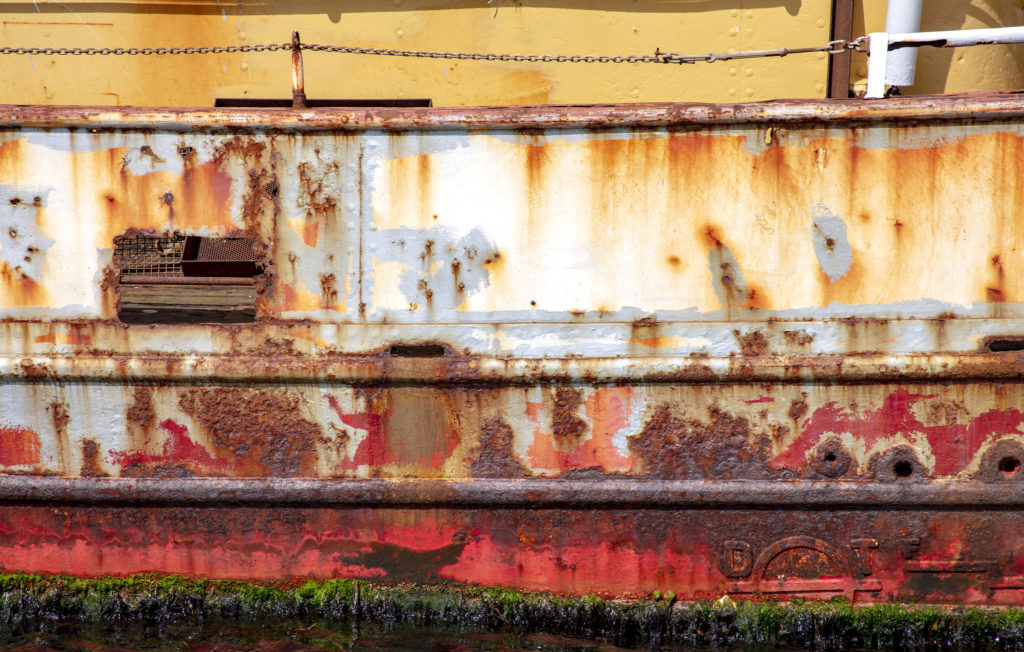 Many artists are ‘misunderstood’ in their lifetimes because as Philips points out, they are making steps forward in seeing and understanding the world around them. This is of course an argument for visual polemics, although in practice this is frequently corrupted by both the drive to be commercial and the needs of a commercial market. 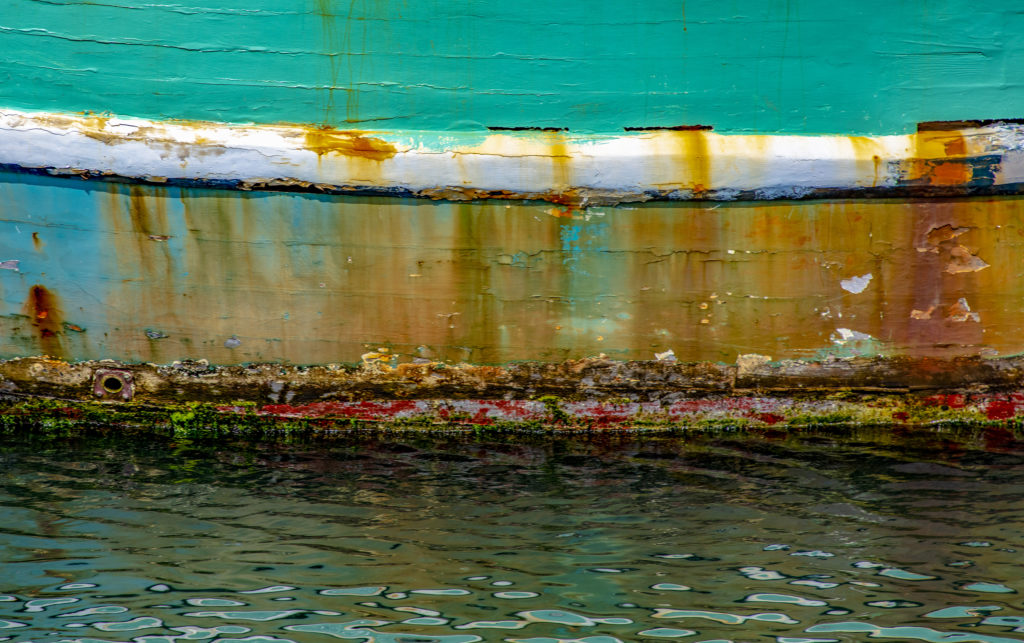 Art is not about money though, although in our world living without money is difficult, art is about the soul, whether this be music, film, theatre or the visual arts. Certainly, for me living without art is impossible, it envelopes me.