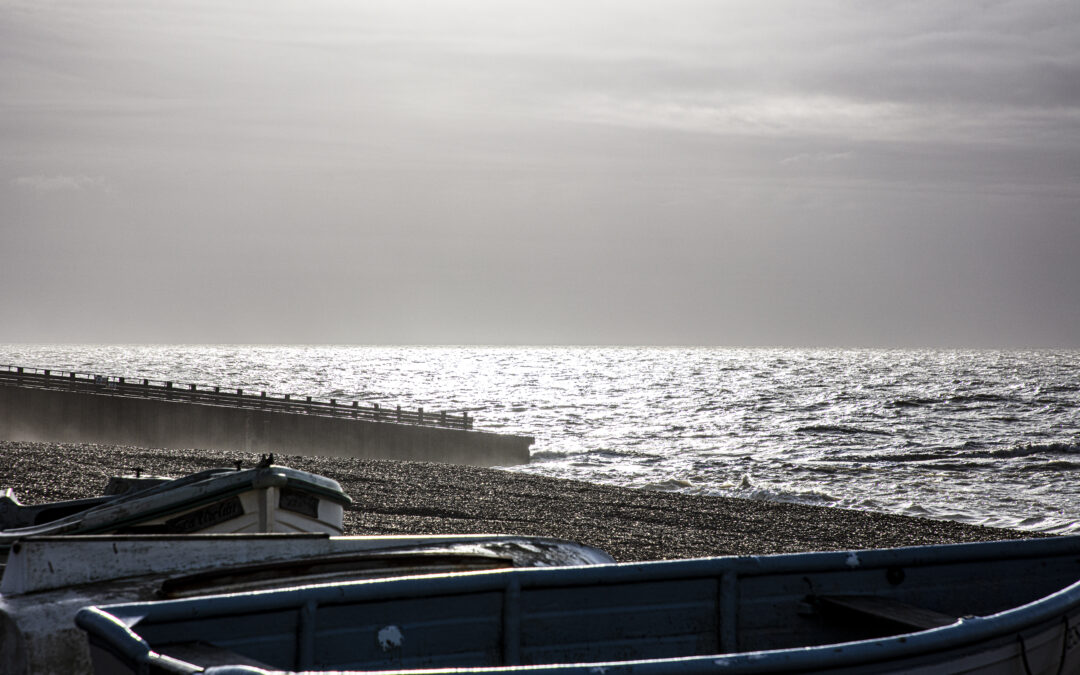 I opened the curtains on greyness. At least this morning the weather image would not involve a soaking. The cat takes priority and I fill his bowl, the first of numerous feeds for the greedy furball. Then I lean against a warm radiator and take in the light quality before going out into the garden with a camera for the first pic of the day. I make breakfast and call my other half. After eating (and adding my new thumb splints to my days enrobing) I look again at the view from the windows.

I was enticed then entranced. The sky had been grey earlier but now it was pastel blue, bare branches outlined in grey green against it, skeletal, the ice and wind having stripped them bare of deciduous leaves. The holly remained a dark green column full of twittering and rustlings as its population of sparrows, tits and robins squabbled and fussed, but as housing it is next to the feeders, so not a lot of commuting is involved for them to get to a diner. 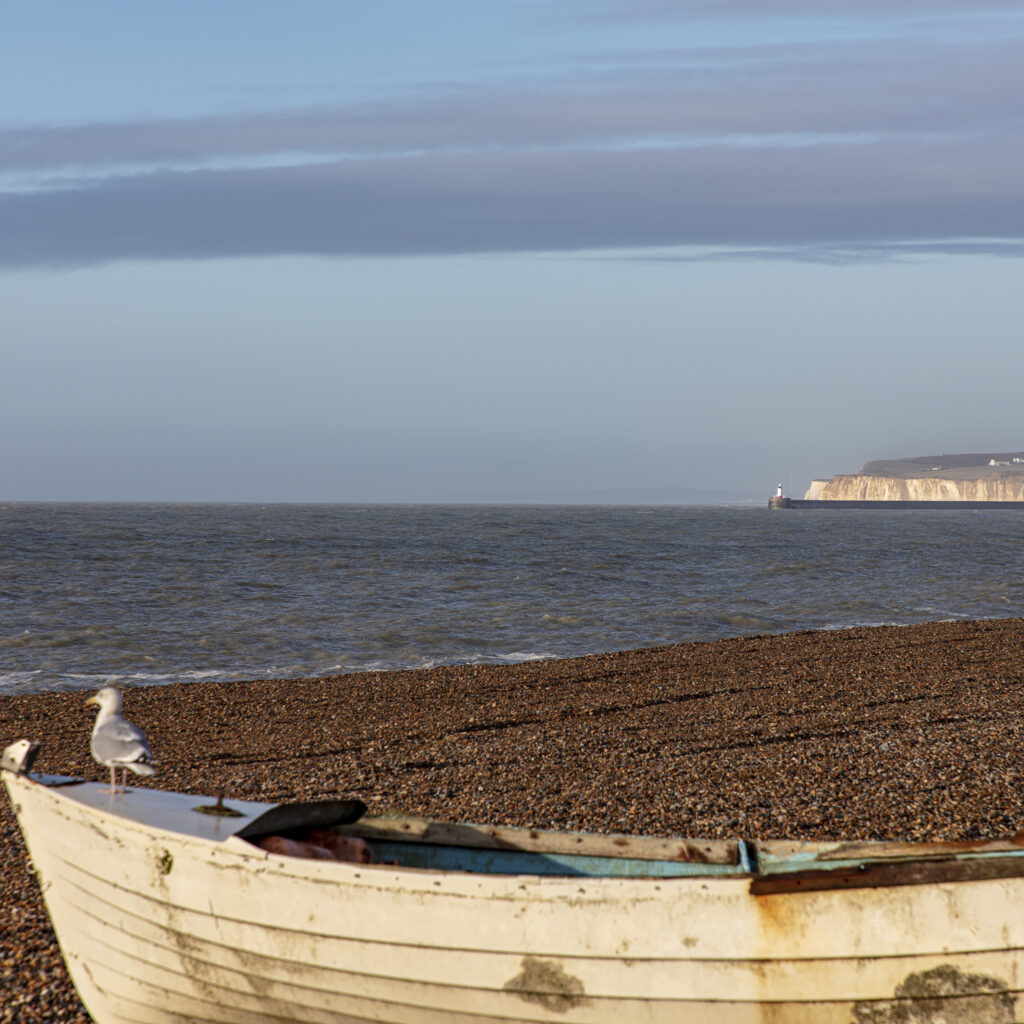 The colour of the sky varied but it was its pellucid blue that enticed me to the seafront where I was fascinated by the silver sheets the surf laid down on the orange-brown of the shingle, accompanied by soft susurrations as the surf withdrew, shingle tumbling over and over in the lovely snare drum roll of sound that accompanies the movement.  The waves bounced vigorously but were far from storm levels, pushed by a cold onshore breeze. The weak sunlight reflects a silver band on the sea, not the golden colour of summer, but the chilled pallor of the Ice Queen’s kingdom rules here. 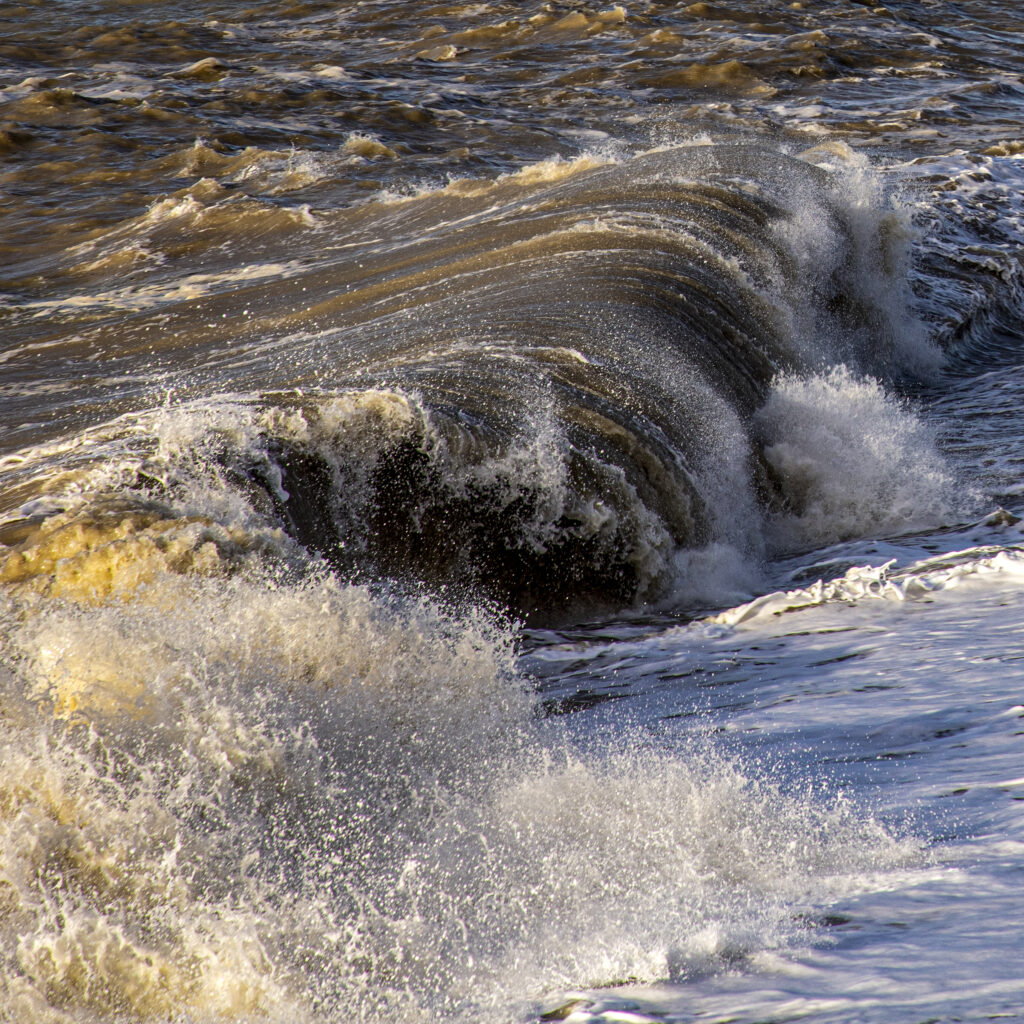 Around the corner the spray rose against the cliffs, young gulls watching from perches on crags and beach hut roofs, crows demonstrating their flying prowess and the occasional cheep of the shore dwelling rock pipit competed with the sea sounds. The light was clear but seemed greyed-out slightly, not the warm light of summer but the colder light of winter as the solstice change takes hold. The sun is low so light travels differently through an atmosphere denser in the cold, reflecting less strongly off rusting surfaces of the BRotS, reducing the visible colour intensity. Life becomes greyer in winter. 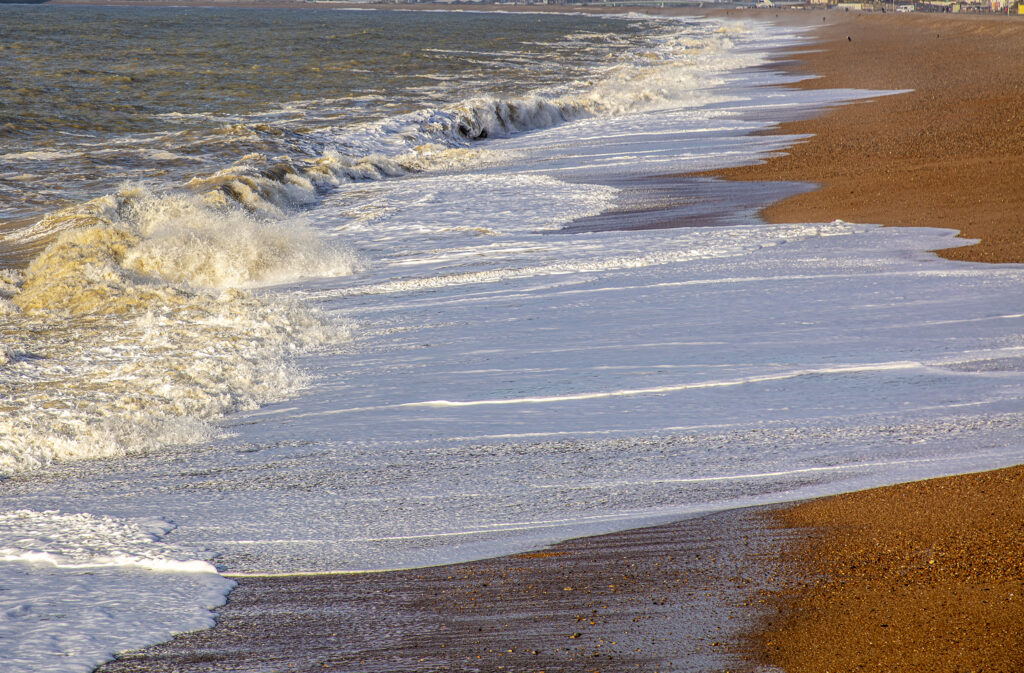 The shingle shovellers are gone, just one man with his brand-new truck remaining to remove their portacabin, providing strong light and colour at one end of the beach. LED lights on the balancing arms showing how beautifully detailed its design was, the red of the crane almost glowing in the pale light. From the bow of a stranded boat a gull surveyed the handiwork of the now vanished dozers and trucks, the shingle bank reset until the next major storm remodelled their efforts and they returned to repeat their work. 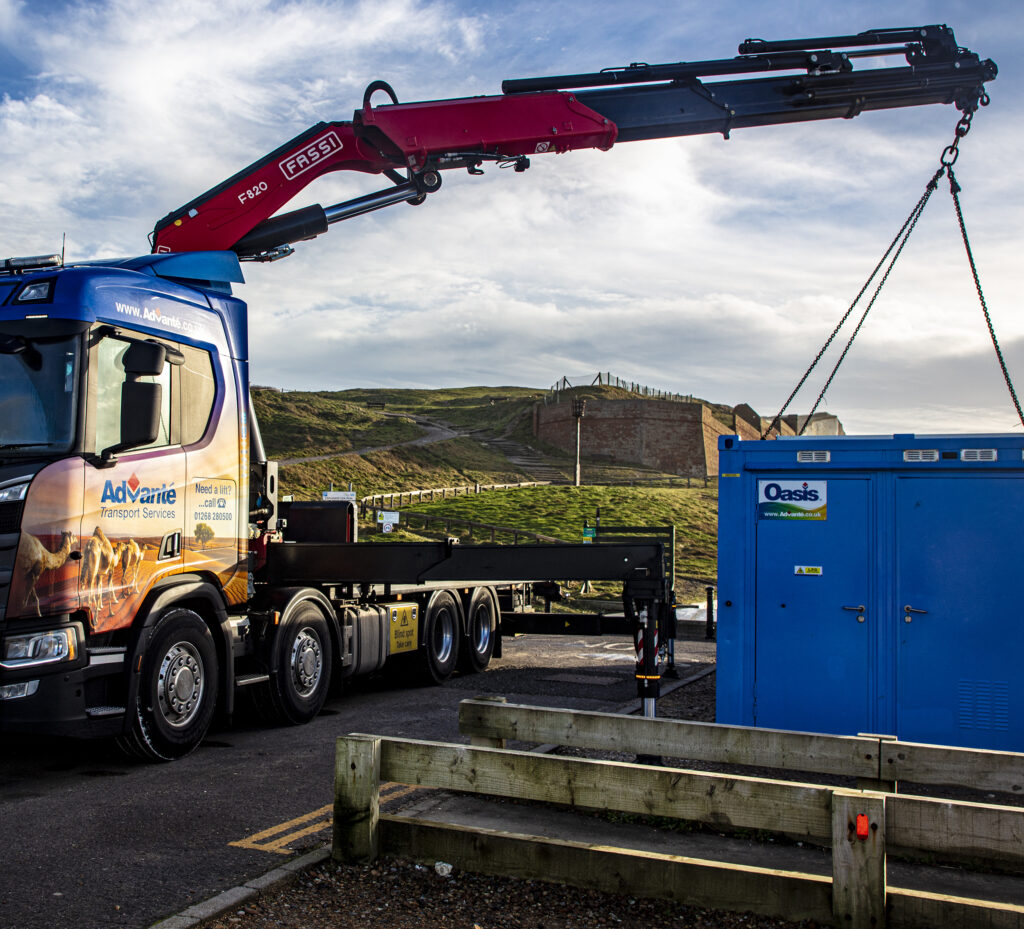 It was chill but I remained for a while listening to the music of the surf and shingle. Sometimes harsh, mostly variations on a single theme, its beat the heartbeat of the sea. Some say the surge of the surf matches their own heartbeat, but it depends I think on the nature of the weather that here drives the waves unobstructed from South America. The bay is calm today but still the waves beat out their rhythm. 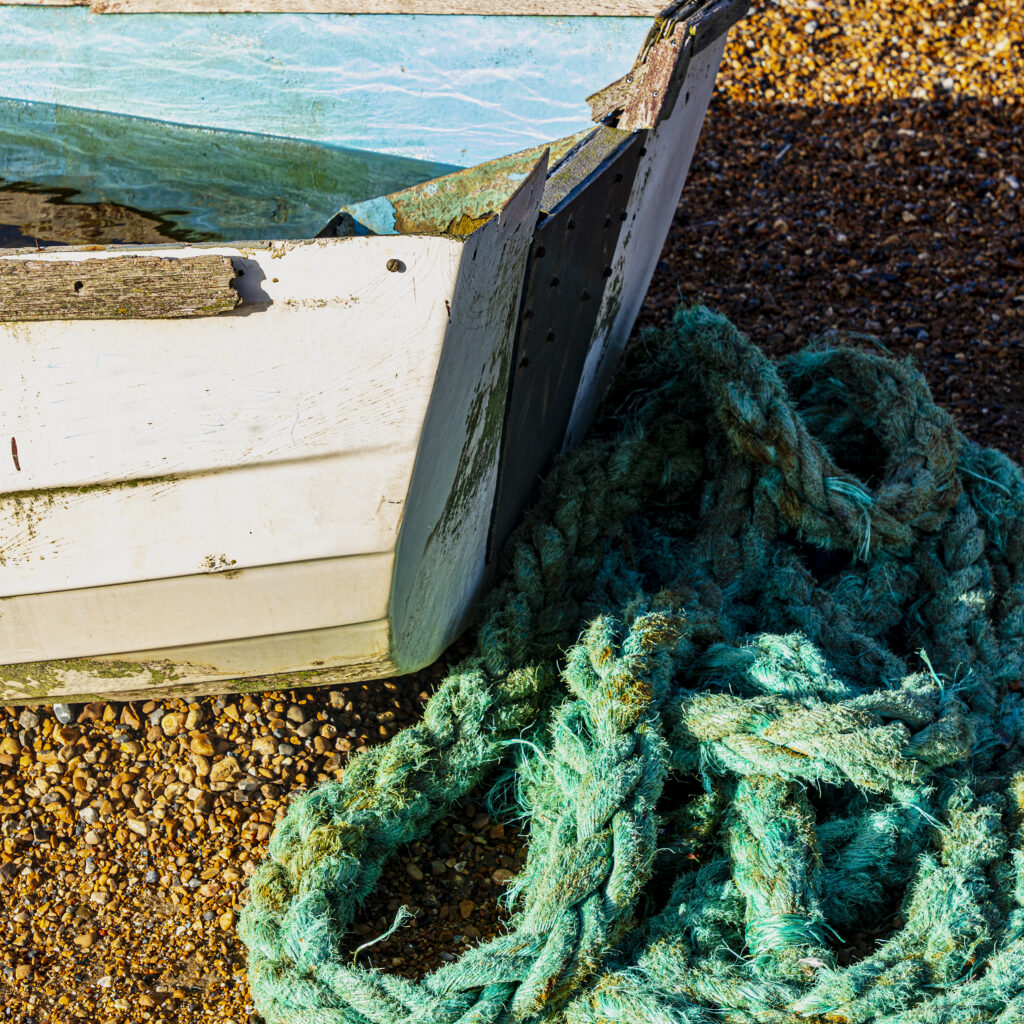 Eventually the spell weakens its hold and I turn away, but its magic has fed my soul. Above, a line is drawn as two silver bullets fly in opposite directions their con trails trailing white behind against the clear blue, diametrically opposed. Coffee beckons