I was asked the other day about the transition from being an art student to establishing my own practice as an artist. The individual asking was working in a major public collection looking after the works in the museum gallery, but had trained as a fine artist. This is for those of you out there who similarly left the sustaining environment of a college to the cold uncaring world, struggling to find a place and a meaning for your own art practice in your life.

Firstly, let me be clear – there is no shame in not practicing. In the 1970’s the Council for National Academic Awards as it was then (when will civil servants stop buggering around with the systems?) did a large survey of college leavers. In those halcyon days, only 17% of school leavers went to college, and the numbers in art and design were similarly small. There were only just over 2,000 art students on degree courses.  My own college, reputed to be the ‘Cambridge of the art world’ had just 254 students in total across the three years of four degree courses

We worked in year groups of about 16, and split down into groups of eight, each allocated their own studio space. Mine was probably about 10’ by 12’, not much smaller than my current studio which is just 16’ x 12’. We had tutorial contact available for 33 hours a week, and the studios were open 24/7. The location was rural, beautiful and concentration on our art was total and intense. I think it would probably be referred to today as a ‘hot house’ environment. I loved it, and would do it again tomorrow.

There is then a considerable shock on leaving such a creative ‘womb’ into the ‘real’ world. The CNAA survey established that 40% of fine art students went into teaching. It also found 10% were ‘untraceable’. I know from my own college cohort of instances where breakdown or death were a visited on individuals within a couple of years. Others became researchers in Universities, assistant to artists like Anthony Caro, or moved abroad. Another still paints after a career in the civil service. Another has famously written 10 books! One is achieving international recognition as a printmaker. For all though, the shock of the outside world will have been a douche of cold water, as it was for me when I sobered up. Surviving this shower to establish a practice and a studio is sometimes impossible, and the shower can become a bleak torrent when competing against finding employment, marriage etc.. 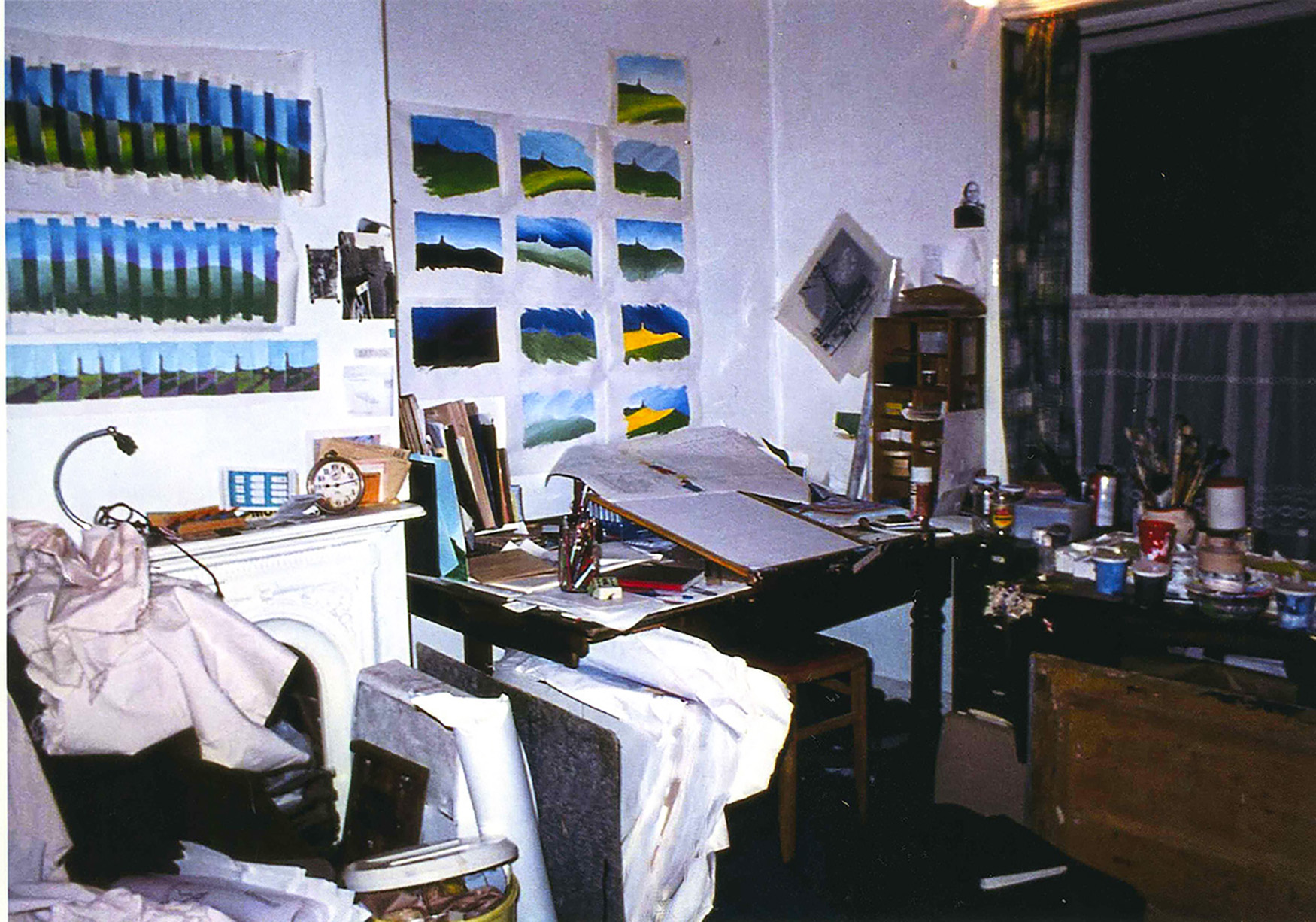 1976 Studio in the front bedroom

There is no dishonour in stopping painting, you will still be that artist inside. For I believe that if you have taken art into your heart it is always there. Like the Jesuitical saying of “give me the boy and we will create the man” (attributed to St Francis Xavier) I believe that the kind of intensive art experience I had at college changes your soul and view of the world. You are always better for this and will take it with you wherever and whatever you do. Once an artist always an artist, even if not practicing.

I made sustaining my practice a central part of how I was to live, and looked for employment that gave me time to work on my own art. Two problems must be faced – where and when? Where to work was not easy. I worked very small for a long time, producing paintings that were around a foot square, on a table in the corner of my rented bedsit. I worked as a freelance screen printer initially and the days of no work became my painting time.

1976 Darwen Tower.  Acrylic on board. Clear affinity with some of the wave collages from this and last year

A chance meeting led to me taking over running a bar. Starting work at 10.30 until about 3, then again at 7 until about midnight, I took those hours in the middle of the day as painting time. I joined a squat in an empty building that we used as studio space. I left college in 1970 and in 1973 had my first show. From then until 1981 I showed steadily, sometimes 3 shows a year. Showing itself requires work to be produced so acts as a spur.

I realised living in the south of England I would never afford my own property so bought a house in an impoverished northern town ‘for nowt’ as they say. No plumbing, no heating, outside toilet but a 10’x12’ bedroom to use as a studio, the other bedroom to sleep in, a kitchen and a living room. I flourished, initially working as a dustman. Again, hours suited artistic practice – early starts, early finishes, and it came with a bonus token for the public baths at the end of each shift (such a compassionate employer….) My house was furnished by my dustman colleagues who sourced chairs, a dining table, a kitchen cabinet from a house being demolished and so on. But the real treasure was the 4 to 5 productive hours every day in the studio. 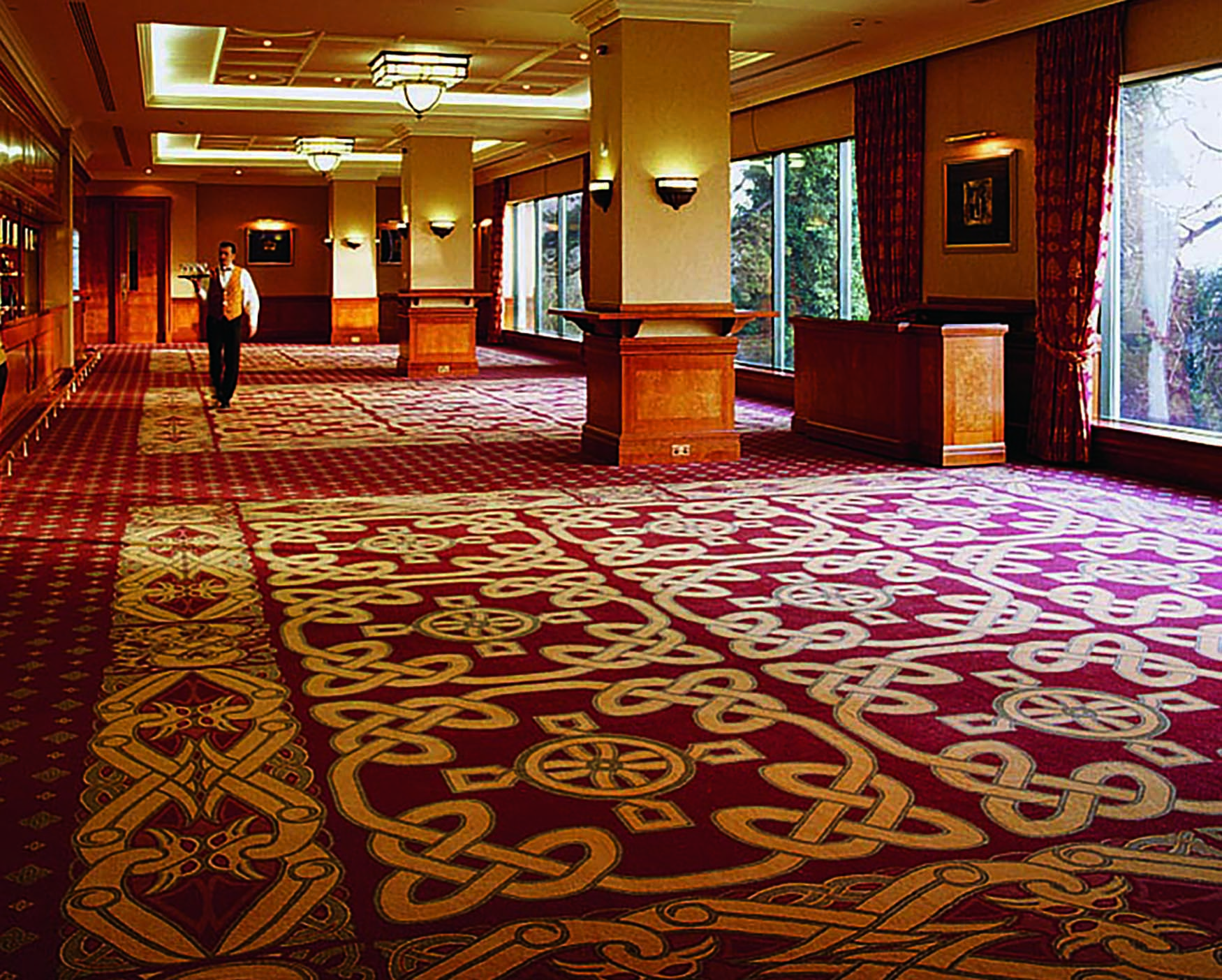 So, what lessons can you draw from this to further your own art practice? “How can I nurture my creativity” I was asked. Thomas Alva Edison said “Genius is one percent inspiration and 99 percent perspiration.” and further expanded by saying, “I never did anything worth doing by accident, nor did any of my inventions come by accident. They came by work.” Have in your mind all the time that you are an artist, and making your art as a priority, and work at it. I lost my way in my 30’s, pursuing a career in design instead, believing this would be a satisfactory creative alternative, and that would allow me to paint. That was a mistake, for it sucked my creative energy into building a business.

‘TINA’ was the cry in the 1990’s – There Is No Alternative. There really isn’t. If you find it difficult to work, or search for inspiration, then go into your studio. On days of inertia I will tidy the studio. Inside 30 minutes I am working, maybe crab like coming at a problem sideways, but coming to realise some time later I have been in the studio working for two hours or more. I write too, and do a little design work from time to time, but they are often different ways of tackling the same issue. Often, I need to overcome a fear – that what I’m doing isn’t working/is crap/wrong scale and so on. Fear can be disabling if you let it but again the answer is the same – just work. 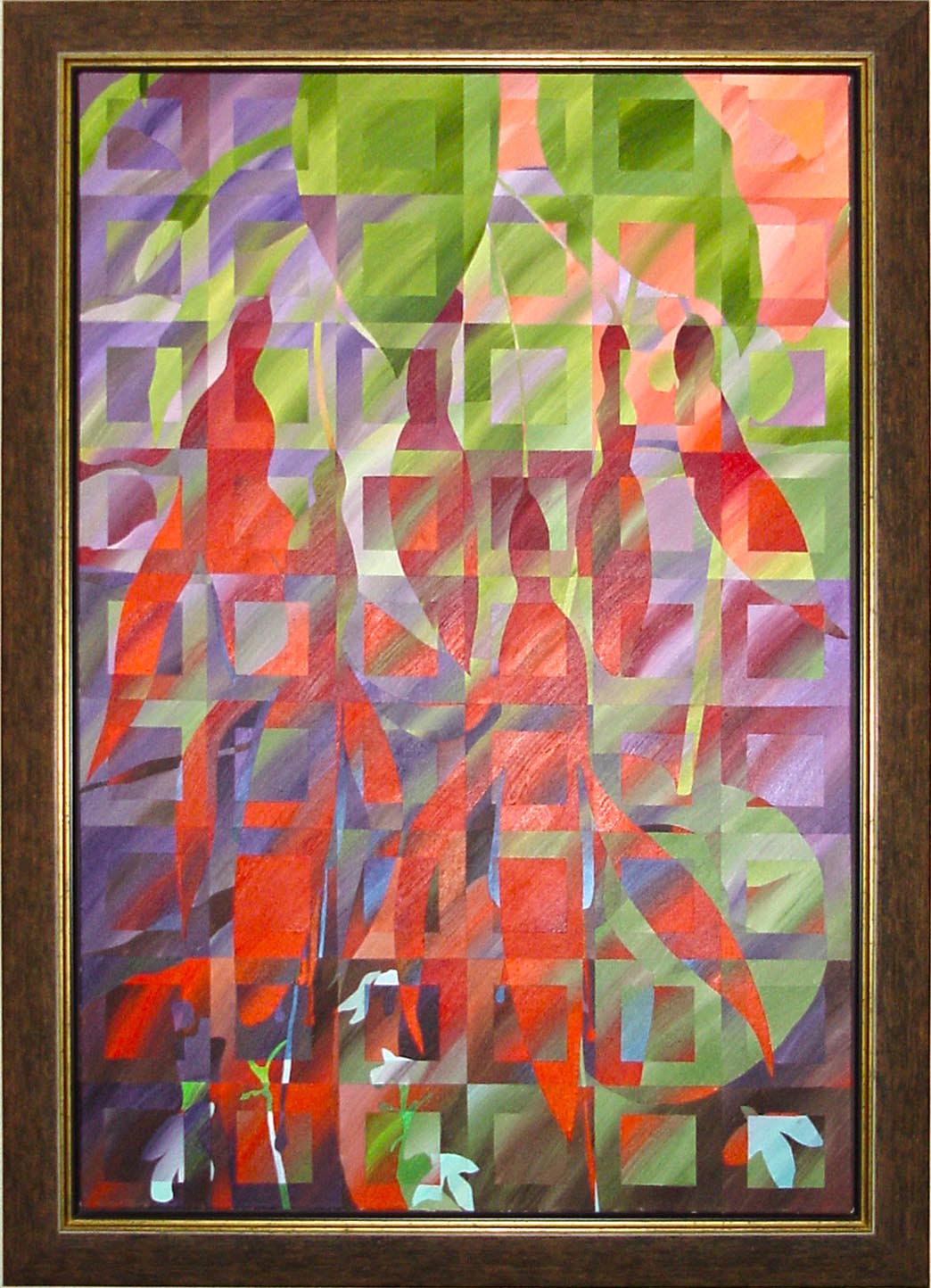 Painted in 2003, 4’6″x3′ these Fuchsias remind me of Van Gogh’s painting of dancing Flemish peasant women

I found my way back to painting, partly through writing, partly through photography. I never totally left painting, and my visual training coloured everything I did. The photography helped the visual gradually take over again, my life changed and painting became central to it once more. Now once again I am exhibiting every year, and my work gains in depth and strength as I progress ideas. Exhibiting is, for me at any rate, both a spur and a necessity. The deadline of having a show is the spur, the audience is a necessity for after all as the saying has it, if a tree falls in the forest and no-one sees it fall does the event happen? Selling too is an affirmation, but don’t make art to sell, make it for what your heart and soul tell you is important for you to say through your work. 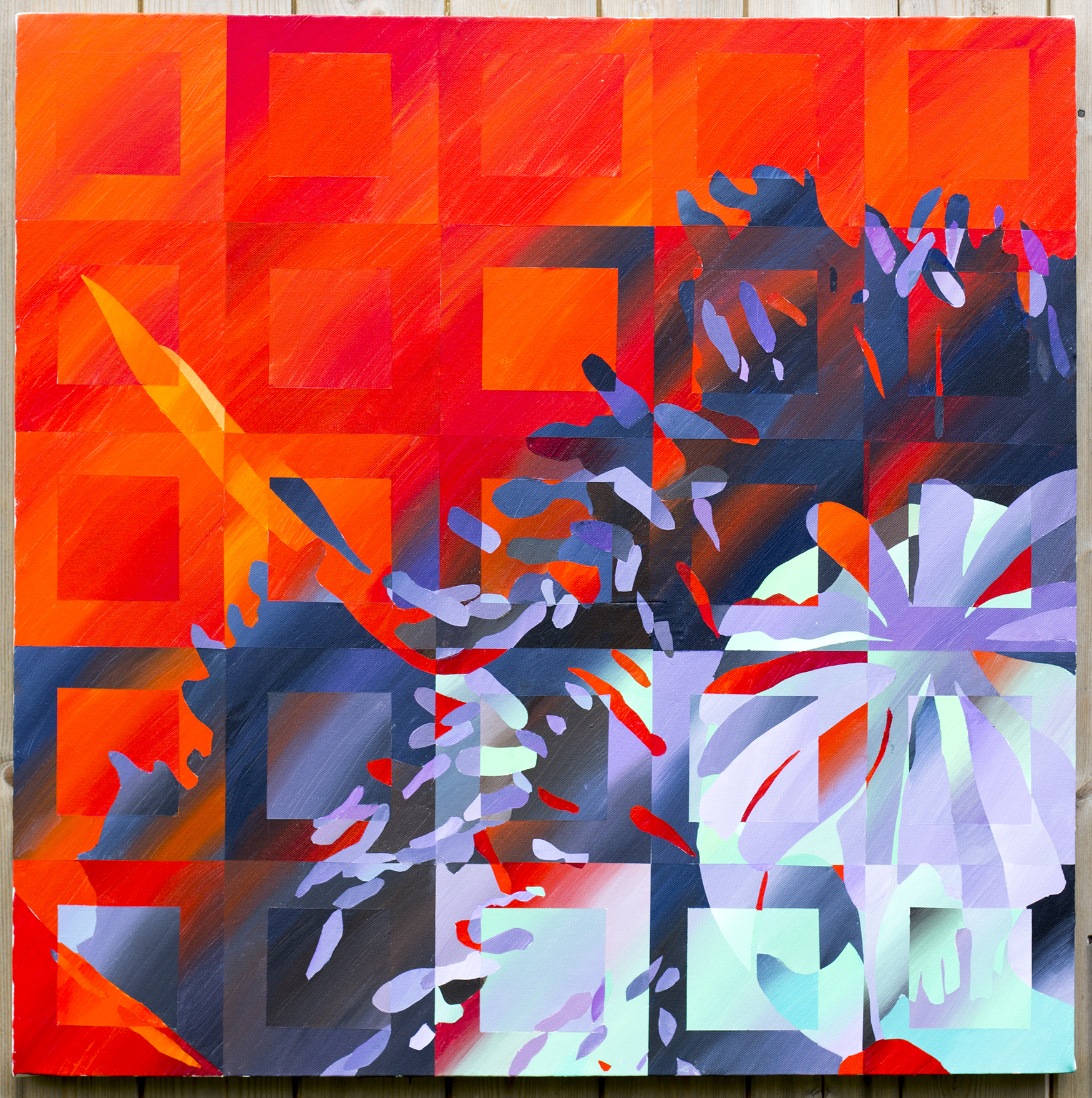 It helps if you have a partner who believes in you and your work. The support of my partner now is a source of encouragement and an enabler, for as John Donne said ‘no man is an island’. But above all believe in yourself. Self-doubt is destructive and will kill creativity – but making the work will take you through the bad spells every artist suffers from. No need to remove an ear.

Above all to establish your practice as an artist you simply must do it. For your own sake. In all those years I was in college the best advice I had was on leaving, from tutor Michael Kidner, who simply said “Two hours a day. At least. Every day. That’s what you need to do”.

L.S. Lowry was a rent collector. I emptied dust bins. But both of us made paintings. For at least two hours a day.

I hope you enjoy the images, as always you can follow me on Twitter, and see work developing through my Facebook pages or buy through the Gallery here. If you like the blog pieces sign up on the right and I will email you each new one